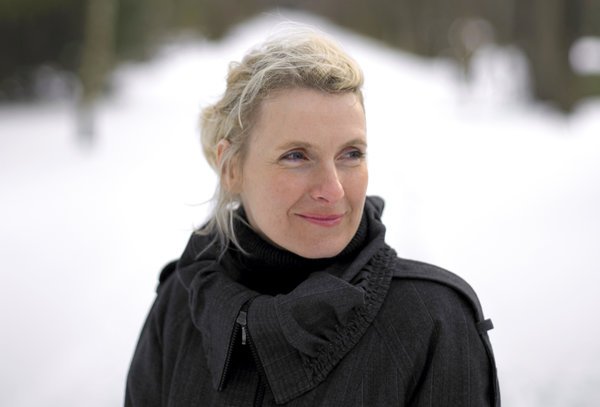 Elizabeth M. Gilbert (born July 18, 1969) is an American author, essayist, short story writer, biographer, novelist, and memoirist. She is best known for her 2006 memoir, Eat, Pray, Love, which as of December 2010 had spent 199 weeks on the New York Times Best Seller list, and was also made into a film by the same name in 2010.

Elizabeth has also given two excellent talks on TED which have particular relevance to this site – one is about the source of people’s inspiration and the other is about pursuing one’s destiny:

Protecting the creative mind from self-destructing

One of Elizabeth’s areas of interest is how one could reorganise or reorientate the thinking of the creative so that, as many have done, they do not self-implode or self-destruct: 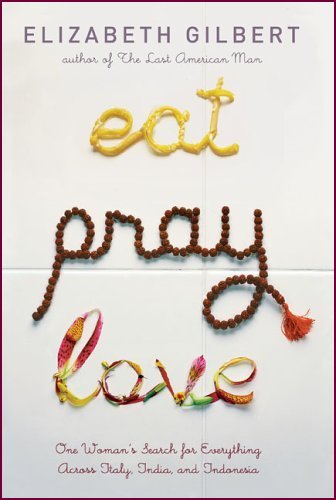 We writers, we kind of do have that reputation, and not just writers, but creative people across all genres, it seems, have this reputation for being enormously mentally unstable. And all you have to do is look at the very grim death count in the 20th century alone, of really magnificent creative minds who died young and often at their own hands.   …..even the ones who didn't literally commit suicide seem to be really undone by their gifts. Norman Mailer, just before he died, in his last interview, said, "Every one of my books has killed me a little more." An extraordinary statement to make about your life's work. …. somehow we've completely internalized and accepted collectively this notion that creativity and suffering are somehow inherently linked and that artistry, in the end, will always ultimately lead to anguish.
And the question that I want to ask everybody here today is are you comfortable with that? ..-- I'm not at all comfortable with that assumption. I think it's odious. And I also think it's dangerous, and I don't want to see it perpetuated into the next century. I think it's better if we encourage our great creative minds to live.

And so Elizabeth went searching for models in other societies to try to find ideas that might help creative people manage the inherent emotional risks of creativity.

And what she found was the Higher spirit.

And that search has led me to ancient Greece and ancient Rome. ……people did not believe that creativity came from human beings back then, people believed that creativity was obtained from these …divine attendant spirits of creativity [called] "daemons." Socrates, famously, believed that he had a daemon who spoke wisdom to him.    The Romans had the same idea, but they called that sort of disembodied creative spirit a genius. Which is great, because the Romans did not actually think that a genius was a particularly clever individual. They believed that a genius was a magical divine entity. 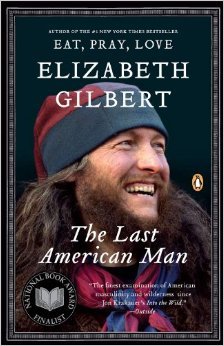 Thus by admitting the existence of the Higher spirit one achieves two things.  In the first place one is prevented from becoming too egotistical or pompous, simply because everyone knew that inspiration was received – a gift.  About all a person could say was that they’d put themselves in the right frame of mind to receive wisdom or inspiration. In the second place there could be no such thing as failure.  If your work ‘bombed’ publicly then all it proved was that either you were not so good at contacting this spirit [or hadn’t got through at all] or the spirit knew best and that the public was wrong – in time the spirit would be proved right.

And although people in those days suffered for other reasons, failure and ego inflation were not normally a problem.  Then as Elizabeth points out the Higher spirit was suddenly rejected:

…..everything changed, and we had this big idea, and the big idea was, let's put the individual human being at the center of the universe above all gods and mysteries, and there's no more room for mystical creatures who take dictation from the divine. And it's the beginning of rational humanism, and people started to believe that creativity came completely from the self of the individual. And for the first time in history, you start to hear people referring to this or that artist as being a genius, rather than having a genius.

And from that moment on, one hears of writer’s block occasioned by inflated egos and angst from failure – or worse.

You know, I think that allowing somebody, one mere person to believe that he or she is like, the vessel, you know, like the font and the essence and the source of all divine, creative, unknowable, eternal mystery is just a smidge too much responsibility to put on one fragile, human psyche. It's like asking somebody to swallow the sun. It just completely warps and distorts egos, and it creates all these unmanageable expectations about performance. And I think the pressure of that has been killing off our artists for the last 500 years.

The solution is thus very simple - understand that the ancients had got it right.  There is a Higher spirit.

…. even I, in my mulishness, even I have brushed up against that thing, at times. And I would imagine that a lot of you have too. You know, even I have had work or ideas come through me from a source that I honestly cannot identify. And what is that thing? And how are we to relate to it in a way that will not make us lose our minds, but, in fact, might actually keep us sane? 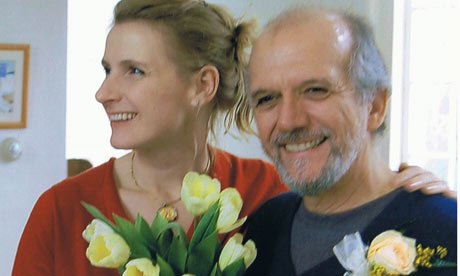 The importance of destiny and discovering what it is

Elizabeth’s next line of interest is destiny.  One of the fascinating aspects about her ideas on destiny are that she calls it ‘home’ – the work you feel most at home with, the thing you love doing most of all.

…the only thing I have ever wanted to be for my whole life was a writer. I wrote all through childhood, all through adolescence, by the time I was a teenager I was sending my very bad stories to The New Yorker, hoping to be discovered. After college, I got a job as a diner waitress, kept working, kept writing, kept trying really hard to get published, and failing at it. I failed at getting published for almost six years. So for almost six years, every single day, I had nothing but rejection letters waiting for me in my mailbox. And it was devastating every single time, and every single time, I had to ask myself if I should just quit while I was behind and give up and spare myself this pain. But then I would find my resolve, and always in the same way, by saying, "I'm not going to quit, I'm going home."

And the next definition is key

So we have in this statement a definition of destiny as it is experienced by a person – it is a task or job or activity which feels more important to the person than themselves – it transcends the ego.

Gilbert was born in Waterbury, Connecticut. Her father was a chemical engineer, her mother a nurse. She is of Swedish descent.

Is it logical that anybody should be expected to be afraid of the work that they feel they were put on this Earth to do. And what is it specifically about creative ventures that seems to make us really nervous about each other's mental health in a way that other careers don't do? Like my dad, for example, was a chemical engineer and I don't recall once in his 40 years of chemical engineering anybody asking him if he was afraid to be a chemical engineer.
"That chemical-engineering block, John, how's it going?"
It just didn't come up like that. But to be fair, chemical engineers as a group haven't really earned a reputation over the centuries for being alcoholic manic-depressives 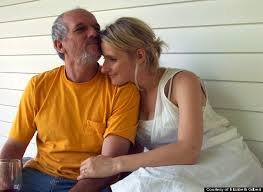 Along with her only sister, novelist Catherine Gilbert Murdock, Gilbert grew up on a small family farm. The family lived in the country with no neighbours: they did not own a television or record player. Consequently, the family read a great deal, and Gilbert and her sister entertained themselves by writing books and plays.

Gilbert earned a Bachelor of Arts degree in Political Science from New York University in 1991, after which she worked as a cook, a waitress, and a magazine employee. Eventually after some years of rejections she eventually succeeded writing both articles and books.

In a 2015 article for The New York Times titled “Confessions of a Seduction Addict,” Gilbert wrote that she “careened from one intimate entanglement to the next—dozens of them—without so much as a day off between romances.” She acknowledged, “Seduction was never a casual sport for me; it was more like a heist, adrenalizing and urgent. I would plan the heist for months, scouting out the target, looking for unguarded entries. Then I would break into his deepest vault, steal all his emotional currency and spend it on myself.”

Gilbert was married to Michael Cooper from 1994 to 2002.  As of 2013, Gilbert lives in Frenchtown, New Jersey, with her husband, Jose Nunes. Gilbert met Nunes in Bali while on her travels in Eat, Pray, Love. The two were married in 2007.

In 2015, Gilbert and several other authors (including Cheryl Strayed) participated in fundraising efforts for Syrian refugees. They raised over $1 million in 31 hours.

Look, I don't know where you rightfully live, but I know that there's something in this world that you love more than you love yourself. Something worthy, by the way, so addiction and infatuation don't count, because we all know that those are not safe places to live. Right?
The only trick is that you've got to identify the best, worthiest thing that you love most, and then build your house right on top of it and don't budge from it.
And if you should someday, somehow get vaulted out of your home by either great failure or great success, then your job is to fight your way back to that home the only way that it has ever been done, by putting your head down and performing with diligence and devotion and respect and reverence whatever the task is that love is calling forth from you next.
You just do that, and keep doing that again and again and again, and I can absolutely promise you, from long personal experience in every direction, I can assure you that it's all going to be okay. 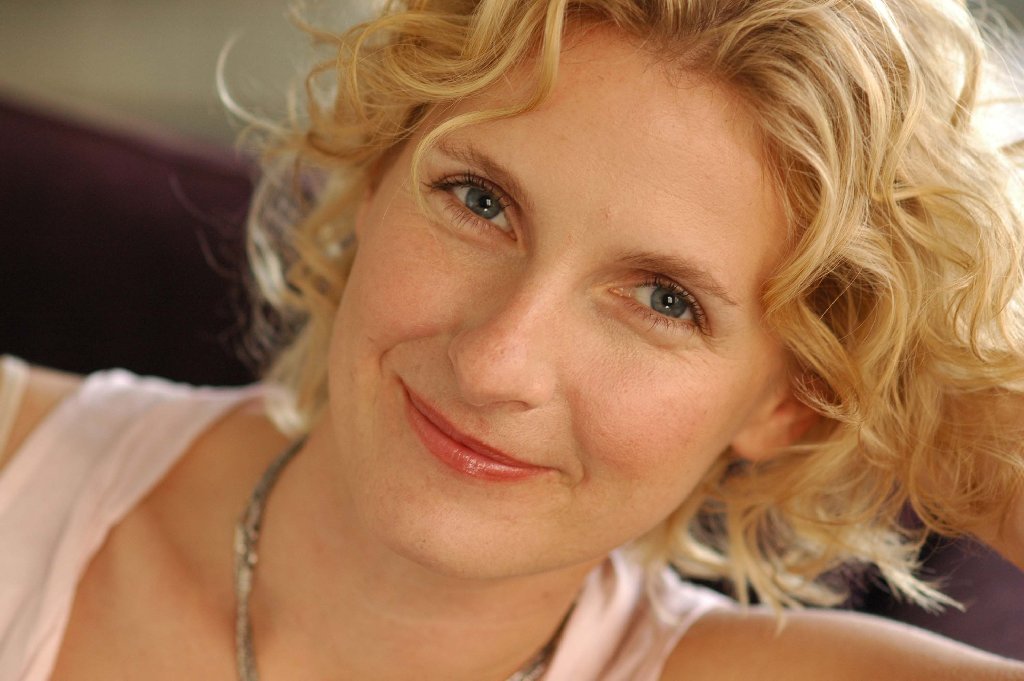