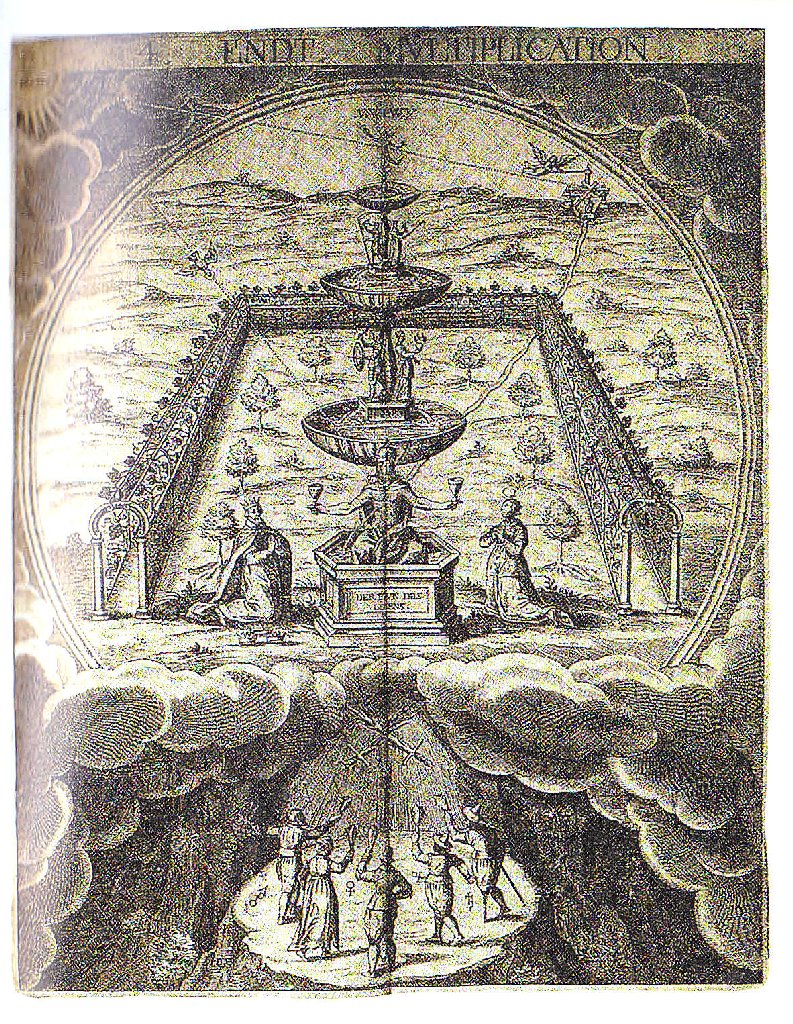 Michelspacher Cabal Augsburg 1616  the fountain, essential
in all alchemical work

Johannes Nicolaus Furichius (1602–1633) was a Franco-German neo-latin Imperial poet laureate, pharmacist, doctor of medicine, Rosicrucian and alchemist from Strasbourg.  Born 1602 to French Huguenot parents in Strasbourg, Furichius learned German at school.  Although he studied medicine, he is principally known for his poetry and stories, all of which are allegorical and contain considerable symbolism.

He published his first anthology of poems Libelli Carminum Tres in 1622 and this was followed by the Poemata Miscellanea - Lyrica, Epigrammata, Satyrae, Eclogae, Alia in 1624.  Neither of these books was alchemical, but described Strasbourg's intellectual life, the activities of his school – the gymnasium, and his life at the University of Strasbourg: from portraits of professors and fellow students, to “valedictions and congratulations over mere formal jesting, satires and confessional polemics to historical and philosophical miniatures and theological exhortations.” 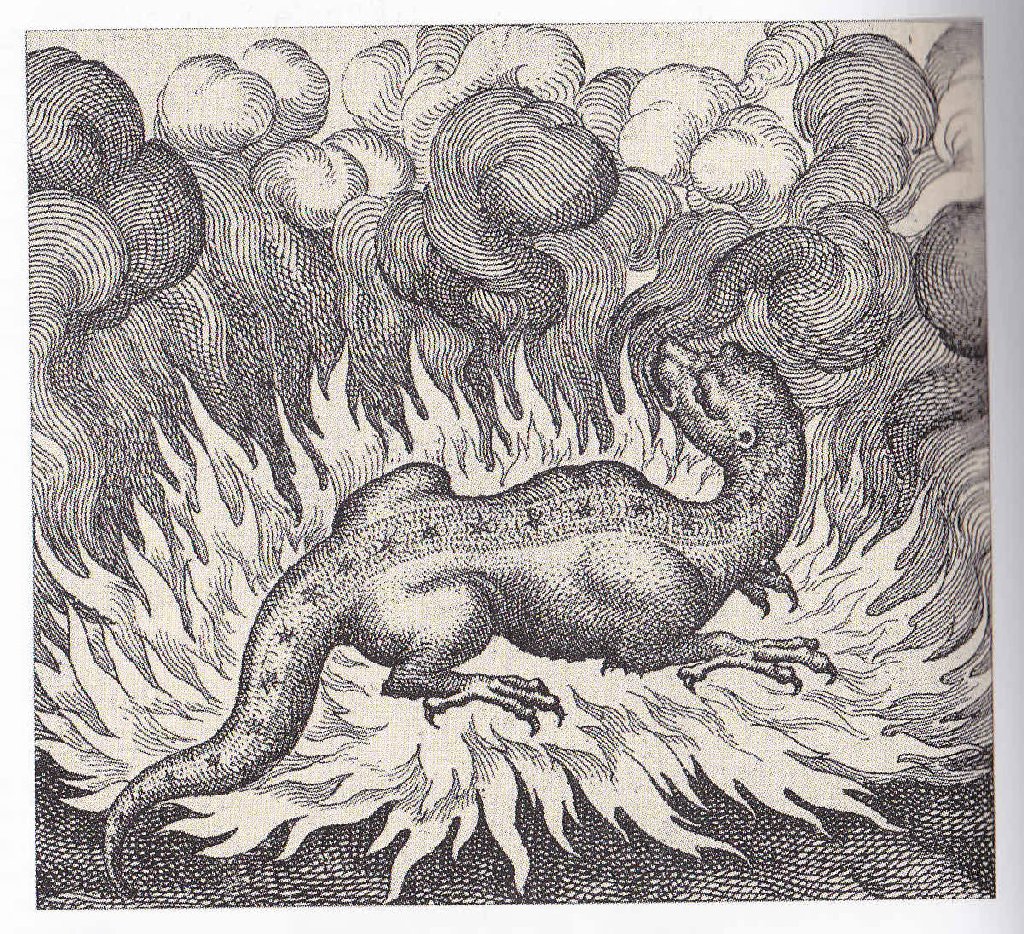 Michael Maier - Atalanta Fugiens.  'The salamander
comes from sal salt and from mandra'.  Or maybe it's a dragon

After travelling in Switzerland and Brixen between 1624 and 1626, Furichius enrolled at the medical faculty of the Padovan Universitas Artistarum.  And it was here that Furichius became interested in alchemy – both spiritual alchemy and alchemical healing.

In 1628 he returned to Strasbourg. Having defended his doctoral thesis in medicine and started to practice, he married the daughter of the established goldsmith Josias Barbette (master craftsman in 1605), and had five children.  Sadly, three of them died before 1633. 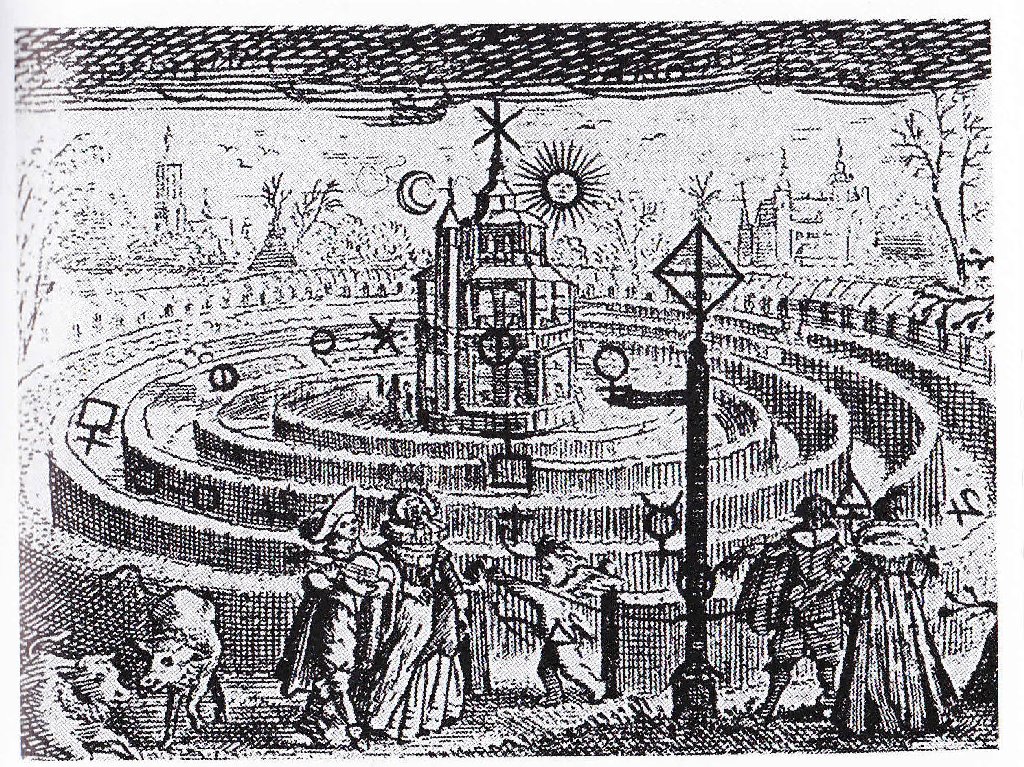 Finding your way in the labyrinth can be tricky without a guru - but the Sun and Moon
are there to encourage you.  G van Vreeswyk De Goude Leeuw 1676

In those years Furichius experimented with pharmaceutic/healing alchemy and - although frowned upon by the local Protestant orthodoxy – he established bonds to the Rosicrucian movement, in particular to the Hamburgian Rosicrucian, Joachim Morsius (1593-1643). Throughout their correspondence and when they met in Strasbourg during the winter of 1631/32, Morsius tried to persuade Furichius to expand the Aurea Catena into a ‘great alchemical scientific poem’.  This was published in 1631 as the Four Books of Chryseis — Chryseidos Libri IIII (sic).   At the age of 31, Furichius fell victim to the plague, which took a particularly grim toll from the Strasbourgian doctors, on 14 October 1633. 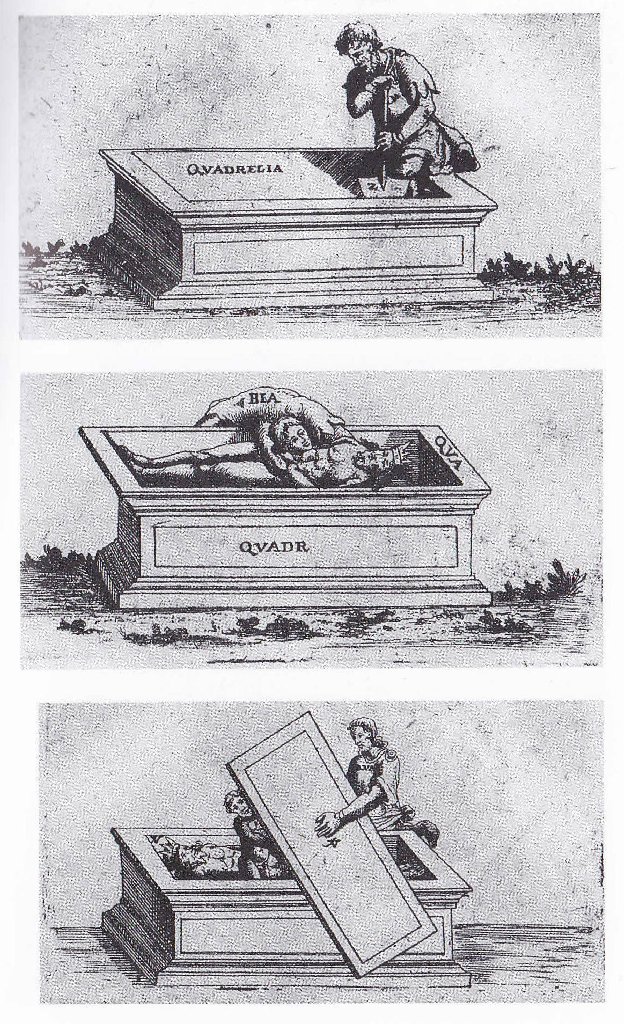 The problem with all allegories is that the story may limit you in
all the symbolism and all the steps in the spiritual path, which could
be described.
The use of  entombment, for example, in provoking
a rebirth experience is rarely mentioned, and the number
of activities that are capable of giving you an experience defy
full symbolism

The «Chryseidos Libri IIII» of 1631 - The Chryseidos Libri IIII consists of approximately 1.600 hexametric verses, divided into four books, to which Furichius added his own glossary and wrote an author's commentary, i. e. appendixed Scholia - which were all printed within the 1631-edition. Furichius depicts the alchemical work in sequences of mythological allegories: the Gods as metals:
“Furichius opts for the form of a fantagasmorical [sic] travelogue in verse which he seeks to interlink with most scientific and literary discourses of his time”.

It is unknown whether Furichius was a genuine alchemist, but the sources he used make his works interesting in their own right.   He refers to Ludovico Ariosto's (1474-1533) Orlando Furioso, to Byzantine sources, George Ripley (ca. 1450-1490) and Michael Sendivogius (1566–1636).  He thus knew his symbolism and for this reason alone is worth exploring.