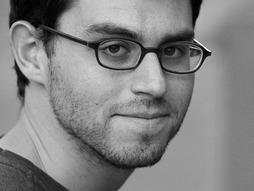 Joshua Foer is a science writer who 'accidentally' won the U.S. Memory Championship. The following is his own biography and comes from TED

In 2005 science writer Joshua Foer went to cover the U.S. Memory Championship. A year later he was back -- as contestant. A year of mental training with Europe's top memorizer turned into a book, Moonwalking with Einstein, which is both a chronicle of his immersion in the memory culture and wonderfully accessible and informative introduction to the science of memory. Much more surprisingly, that year of training also turned into a first-place victory at the national competition in New York and the chance to represent the U.S. at the World Memory Championship. Foer's writing has appeared in National Geographic, Slate, the New York Times, and other publications. He is the co-founder of the Atlas Obscura, an online guide to the world’s wonders and curiosities, and is also the co-founder of the design competition Sukkah City.

“Memory training is not just for the sake of performing party tricks; it's about nurturing something profoundly and essentially human.” — Joshua Foer

Joshua Foer:  TED talk:  Feats of memory anyone can do