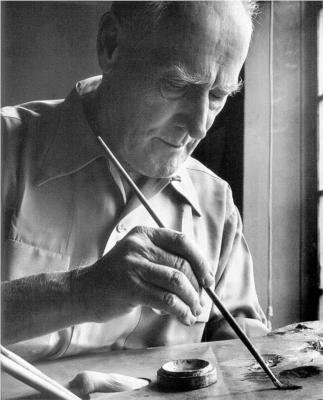 He also worked as a caricaturist and comic strip artist, was a pianist and composer, with several piano compositions and fugues for organ extant and produced a large body of photographic works between 1928 and the mid-1950s, which he kept primarily within his circle of friends.  Although born in New York, Lyonel Feininger lived and worked mostly in Germany.

Feininger started working as a fine artist at the age of 36. He was a member of the Berliner Sezession in 1909, and he was associated with German expressionist groups: Die Brücke, the Novembergruppe, Gruppe 1919, the Blaue Reiter circle and Die Blaue Vier (The Blue Four).  He was also a leading member of the Bauhaus and it is his fine art that has especial interest for the site.  It is worth adding that Feininger brought the same level of beauty to his comic strip artistic work.  Art Spiegelman wrote in The New York Times Book Review, that Feininger's comics “achieved a breath-taking formal grace unsurpassed in the history of the medium.” 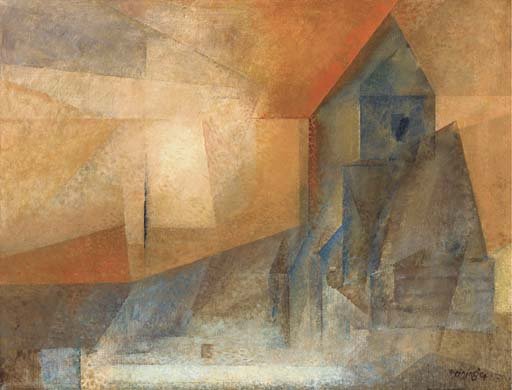 Feininger’s paintings are not just ‘expressionist’, they are beautiful.  He used extremely gentle colours prismatic interpenetrating planes of colour and made a strong use of Light.  In some senses his entire paintings are an expression of two things – Light and Platonic forms.

The art critics usually associate his style with cubism, but this ignores the group of artists with whom he associated.  Die Blaue Vier (The Blue Four) consisted of him Alexei Jawlensky, Paul Klee, and Vasily Kandinsky.  All were deeply spiritually motivated artists, all were influenced by the Kabbalah and other mystic systems, and had an understanding of spiritual truths and symbolism.

Mystics see the universe as entirely composed of energy made into spirit.  Everything is spirit and one of its manifestations is Light.  The physical world as we see it is not Reality.  Our 5 senses manufacture the perception we get of it in order for us to be able to function. 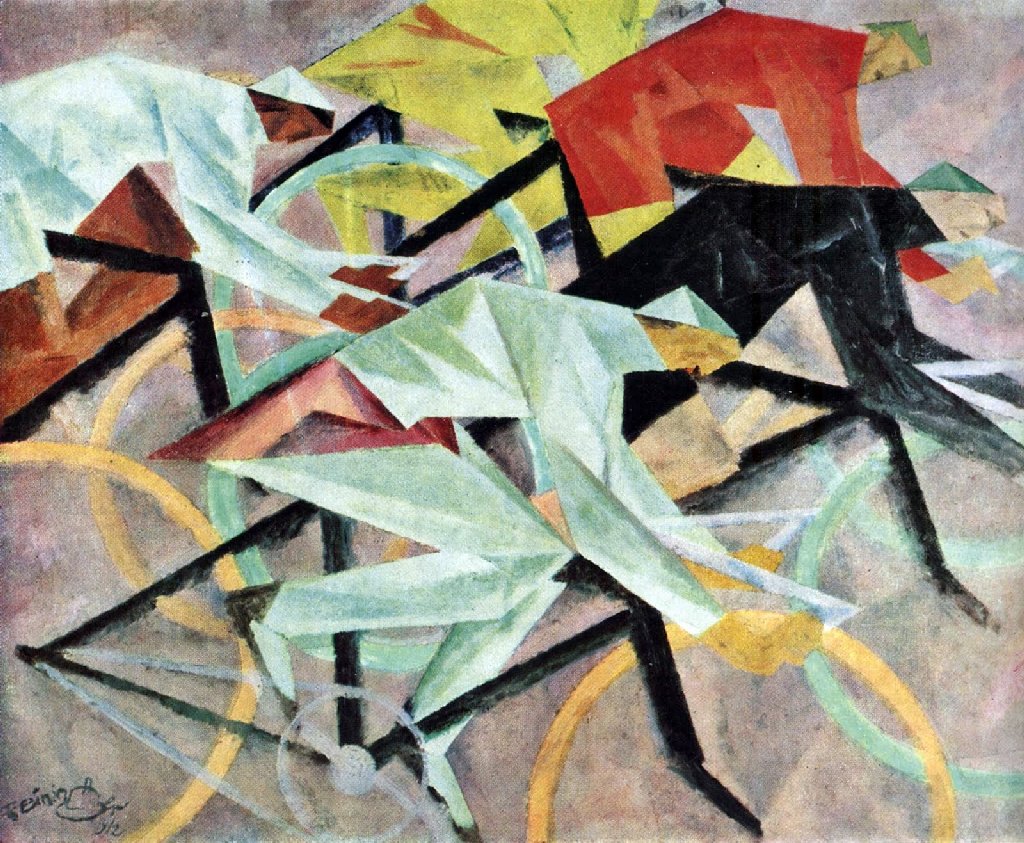 The input we get from our physical sensory organs is processed with a system that is, analogously, like software, to produce perceptions and these perceptions are a manipulation of reality.  For those who are able to ‘see’ spiritually – the seers – Reality is composed of mathematical forms – the Platonic solids.  In a sense the physical forms that we see are actually crystalline – like crystals filled with Light.  Those able to ‘see’ with their sixth sense and both Klee and Kandinsky, for example, could do so, saw a jewel like world filled with brilliant coloured Light.

And this is what The Blue Four, each in their different ways, were trying to represent.  Klee and Kandinsky have become famous for their representations, Feininger is less well known and unjustifiably so.  Alexei Jawlensky is virtually unknown.

Feininger’s work includes buildings, people and landscapes, but the pinnacle of his paintings are those he painted of boats.  Boats and sails are symbolic, as is the sea, and Feininger was able to capture the symbolic as well as the spiritual aspects of his subject.  The paintings are visually stunning. 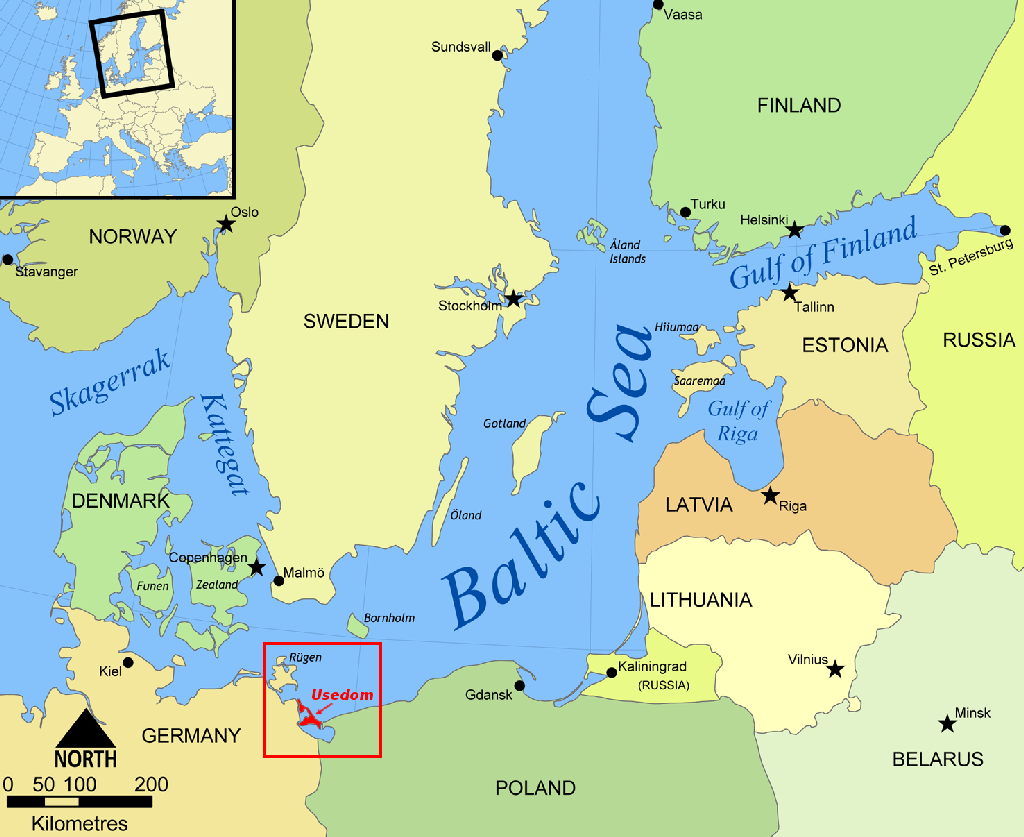 From 1909 until 1921, Feininger spent summer vacations on the island of Usedom and this is where many of his sailing paintings were made.

Usedom (Polish: Uznam) is a Baltic Sea island in Pomerania, since 1945 split between Germany and Poland.  With an annual average of 1906 sunshine hours, it is the sunniest region of both Germany and Poland, and it is also the sunniest island in the Baltic Sea.  Hence its nickname Sunny Island.  The island is even now a very popular tourist destination and is a very attractive place with ‘many noble mansions in resort architecture’. 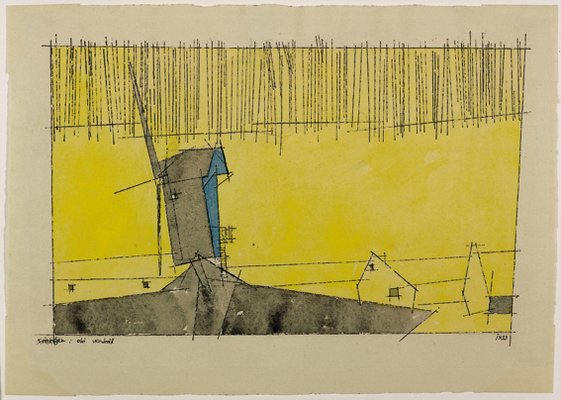 And it is here that Feininger obtained his inspiration.  He continued to create paintings and drawings of Benz for the rest of his life, even after returning to live in the United States.  Benz is a municipality on the island of Usedom. In an area that has been occupied since the Stone Age, the first documentation of the village dates to 1229. It is a famous spot for visitors, due to its scenic location between hills and lakes.

A tour of the sites appearing in the works of Feininger follows a path with markers in the ground to guide visitors. 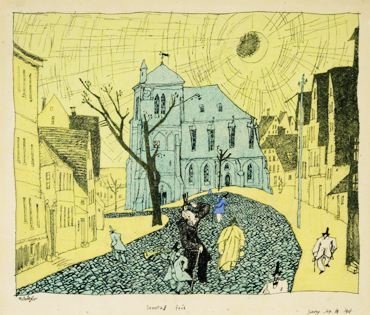 Lyonel Feininger was born to German-American violinist and composer Karl Feininger and American singer Elizabeth Feininger.  According to the Jewish American archives he was Jewish

In 1887 at the age of 16, Feininger's parents took him to Germany to study violin, but he began taking drawing classes at the Hamburg Kunstgewerbeschule (College of Arts and Crafts) and subsequently moved to Berlin to study art at the Königliche Akademie under Ernst Hancke. During this time he met and befriended a fellow art student, Alfred Vance Churchill, who later became an art historian and curator. They would exchange letters and artwork for many years. 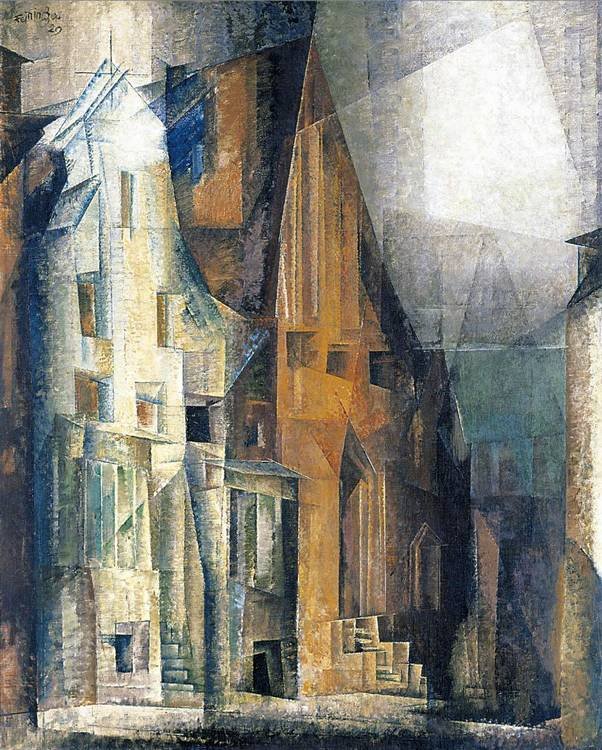 For a brief time Feininger studied at the College St. Servais in Liège and with Filippo Colarossi in Paris, but returned to Berlin to study at the Akademie der Kunste with Karl Schlabitz.

In 1900, he met Clara Fürst, daughter of the painter Gustav Fürst. He married her in 1901, and they had two daughters - Lore and Marianne.

In 1905, he separated from his wife after meeting Julia Berg. Berg was Jewish [as was he] and this fact was to influence his later decision to escape Nazi Germany. He and Julia traveled to Paris where he became greatly influenced by the French avant-garde. When they returned to Berlin in 1908, he gave up illustration in favour of painting. He and Julia were then married and they had three sons, Andreas, Laurence, and Theodore Lux who became very accomplished painters in their own right.

The artist was represented with drawings at the exhibitions of the annual Berlin Secession in the years 1901 through 1903. 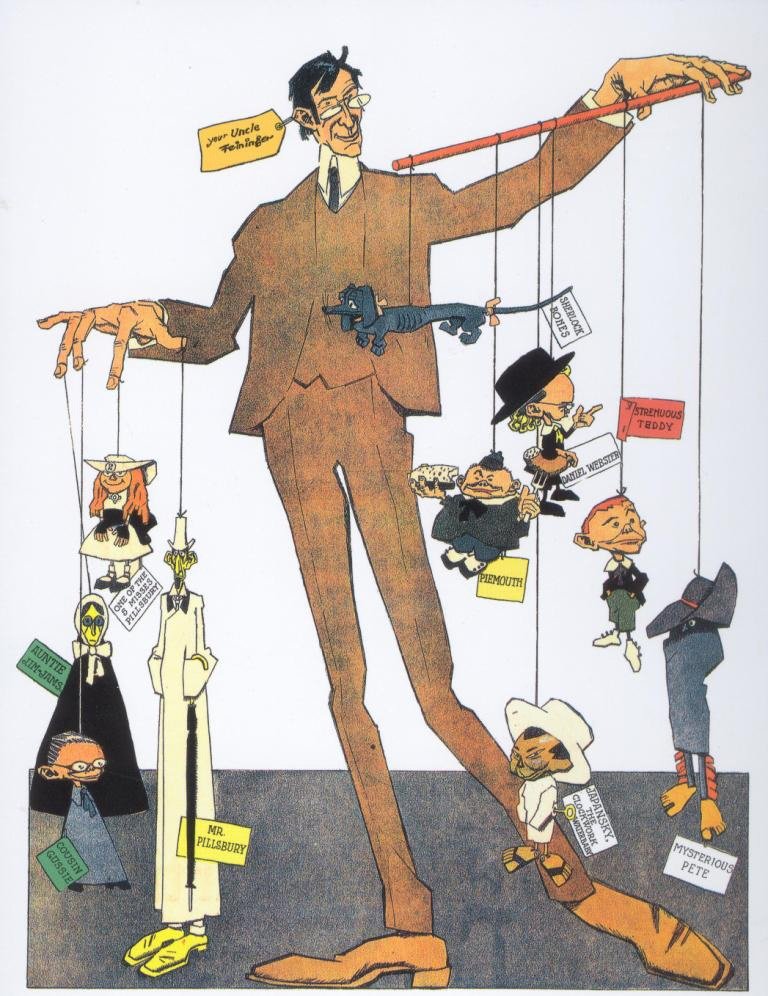 Feininger's career as cartoonist started in 1894, but in February 1906, when a quarter of Chicago's population was of German descent, James Keeley, editor of The Chicago Tribune travelled to Germany to procure the services of the most popular humour artists. He recruited Feininger to illustrate two comic strips "The Kin-der-Kids" and "Wee Willie Winkie's World" for the Chicago Tribune. The strips were noted for “their fey humor and graphic experimentation”. He also worked as a commercial caricaturist for 20 years for various newspapers and magazines in both the USA and Germany.

Feininger became a member of the Berlin Secession and exhibited his paintings, primarily landscapes. Around 1912, Feininger became affiliated with the German expressionist groups Die Brücke and Der Blaue Reiter, and the Novembergruppe in 1918, where he met Walter Gropius. 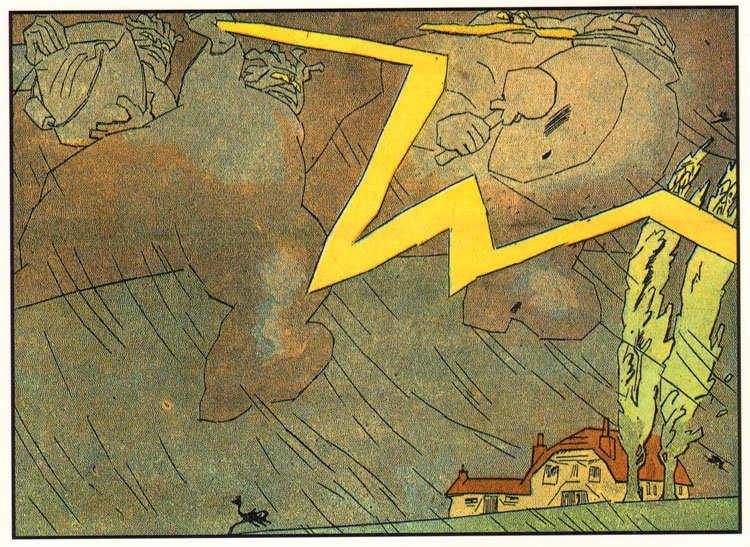 When Gropius established the Bauhaus in Weimar, Germany in 1919, Feininger became the master artist in charge of the printmaking workshop.

He taught there and continued to develop his painting, and in 1925 he formed the Blue Four with Alexei Jawlensky, Paul Klee, and Vasily Kandinsky.

When the Bauhaus moved to Dessau in 1926 he became an artist-in-residence and stayed there until it closed in 1933.

When the Nazi Party came to power in 1933, the situation became unbearable for Feininger and his wife. 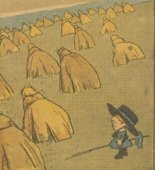 The Nazi Party declared his work to be "degenerate." They moved to America after his work was exhibited in the 'degenerate art' (Entartete Kunst) in 1936, but before the 1937 exhibition in Munich. After his move to California, he taught at Mills College. He Also became a good friend of Edward Hopper.  He then settled permanently in New York and had great success exhibiting his work in the United States, which culminated in a joint retrospective in 1944 with Marsden Hartley. He was elected to the American Academy of Arts and Letters in 1955.