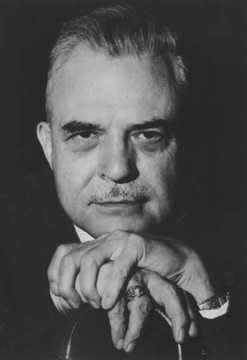 Milton H. Erickson in his lifetime attained an almost quasi-legendary status as 'Mr Hypnosis', a title which is enough to put anyone off ever taking his work seriously, however, Erickson's scripts and approach are absolutely invaluable in the context of spiritual experience.  And they work – extremely well.

Erickson only used his techniques in the context of hypnotherapy as such the epithet above is wholly wrong.  Hypnotherapy aims to heal by inducing trance states, and has far fewer of the drawbacks of hypnosis, which is more often used as entertainment and is far more open to be abused.  Erickson was not in fact 'Mr Hypnosis' he was 'Mr Hypnotherapist' and his approach was entirely ethical.

The Seminars, Workshops and Lectures of Milton Erickson – Milton Erickson
Hypnosis is a matter of getting the patient to be receptive to ideas and to respond to ideas.  There are various ways of getting the patient to respond to ideas.  One is to hammer home the idea until, in desperation, the patient gives attention to it; another is to present the idea to him in such a gentle appealing way that you arouse his interest immediately and completely.

Erickson was a master of the latter approach.

The Seminars, Workshops and Lectures of Milton Erickson – Milton Erickson
Hypnosis is always a matter of communicating ideas that your patients need.  You must have a willingness to study each patient and his needs so that you can communicate the ideas that he needs to further his own purposes and actually to achieve a corrected goal...
Whenever you try to maximise your own ego through a patient you lose ground.
That is why we are so much opposed to the teaching of stage hypnosis techniques, because stage hypnotists are oriented about themselves as operators, not about their subjects.

Erickson's work on hypnotherapy was controversial during his lifetime and has remained so to the present day. Some of his central presuppositions have been questioned by other researchers and the apparently opaque nature of his explanations led to a variety of competing interpretations of his approach.

I personally think he was gifted, and that he found it extremely hard to explain the gift.  As we will see in a moment, he was himself able to have spiritual experiences in plenty and much of what he did was based on a combination of observation and spiritual insight.  In effect, he was self taught and there is nothing more annoying to the establishment, than a self taught genius.  Practically all the criticism I came across came from his so called colleagues, not his patients.  The laboured explanations in some of the books about his work by his colleagues – all desperately trying to fathom out why his techniques worked, are painful to read – and wholly wrong in some cases.

Erickson grew up on a farm in Lowell, Wisconsin,  and intended to become a farmer like his father. He was dyslexic and colour blind. He overcame his dyslexia and had many other inspirations via a series of spontaneous autohypnotic "flashes of light" or "creative moments" - spiritual experiences to you and I.

He contracted polio when he was 17, and was so severely paralysed that the doctors believed he would die. In the critical night when he was at his worst, he had another formative "autohypnotic experience" – [which I have included as an observation].

“Then, as I recovered and became aware of my lack of abilities, I wondered how I was going to earn a living. I had already published a paper in a national agricultural journal. "Why Young Folks Leave the Farm." I no longer had the strength to be a farmer, but maybe I could make it as a doctor”.

Recovering in bed, but still almost entirely paralysed and unable to speak, he became strongly aware of the significance of non-verbal communication - body language, tone of voice and the way that these non-verbal expressions often directly contradicted the verbal ones.

Hypnotic Realities – Milton Erickson
I had polio, and I was totally paralyzed, and the inflammation was so great that I had a sensory paralysis too. I could move my eyes and my hearing was undisturbed. I got very lonesome lying in bed, unable to move anything except my eyeballs. I was quarantined on the farm with seven sisters, one brother, two parents, and a practical nurse. And how could I entertain myself? I started watching people and my environment.
I soon learned that my sisters could say "no" when they meant "yes." And they could say "yes" and mean "no" at the same time. They could offer another sister an apple and hold it back. And I began studying nonverbal language and body language.

He began to recall "body memories" of the muscular activity of his own body. By concentrating on these memories, he slowly began to regain control of parts of his body to the point where he was eventually again able to talk and use his arms. So perception recall – another form of spiritual experience.  Much later, in his fifties, he developed post-polio syndrome, characterized by pain and muscle weakness . He was obliged to use a wheelchair, and suffered chronic pain, which he controlled with self-hypnosis. 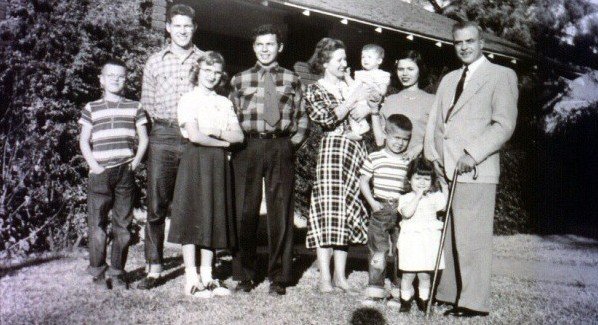 Erickson’s techniques are for use by a qualified practising Erickson trained hypnotherapist, I do not believe anyone should - as an amateur - try them on others; nor is it that easy to try them on yourself, although I suppose it is possible to construct tapes/discs that conform to Erickson's approach.  For this reason very few of his methods are on this site.  But I have included a few of the more generic ones.  And he gave some useful pointers which may or may not be useful.

Erickson stipulates that the hands must NOT remain in contact with one another during the session.  You can let them lie loosely by your side or rest over your solar plexus for example, but they mustn't touch.

Hypnotic Realities – Milton Erickson
One of the things that I found important is, don't let the hands remain in contact with each other.  Just how the contact of the hands interferes I don't know.

Everyone will have noticed that a good effective hypnotherapist uses a specific voice when attempting to put you in a trance, here is a generic description of the voice used and why.

The Seminars, Workshops and Lectures of Milton Erickson – Milton Erickson
In this matter of getting your patient's attention you ought to talk to him in such a fashion that you keep him right on the edge of attentiveness.  You do not talk too loudly; neither do you talk in too low a tone.  You talk to him as if you were speaking just to him and not including this water pitcher.  Your voice is only going to carry from you to the patient, right here, and no further.  You need to understand that, and to analyse your own reaction to that particular way of addressing a patient.  It keeps the patient fixing his attention on you.  You never talk in too low a voice because it tires out your patient.  You never make him strain unduly.  You just ask the minimum effort from him so that all his energy is given to acceptance and an understanding and a responsiveness to ideas.

Overall every sentence used in hypnotherapy needs to be fairly short and use relatively simple words.  Large complex words tax the memory and the aim is not to call on main memory but simply use that part of simple memory that might have been formed as a child.  So in a sense you use the vocabulary of a child.

Much of Erickson's efforts to facilitate trance experience are directed to 'depontentiating [sic] left hemispheric function'.  This phrase is not Erickson's, but Rossie his editor's, [a masterpiece of left brain language pomposity ] but it does describe perfectly the aim of many of the suppression methods, which is to still the Conscious rational, reasoning, abstract, analytical and will based left hemisphere so that the creative, intuitive, musical, creative, visual, symbolic, mythical, spontaneous and almost childlike subconscious can emerge and communicate with the composer.  If you love fairy stories, allegory, can paint and create [good] poetry , have a sense of fun and a childish sense of humour, you are well on the way to being a superb hypnotherapy subject.

A very large number of his techniques are based on attempting to confuse the intellect.

I have come across no other descriptions in any of the hypnotism books that I have read that come anywhere close to the subtlety and understanding displayed by Erickson, as such I have only included  Erickson.  I have used his scripts as examples and his approach almost totally.

Read Erickson's scripts with their use of language, their changes of pace, the subtle use of words and allusions, of allegory and implication and I feel as though I am reading poetry.  Erickson's delivery was a poetry reading and a poetry reading designed on the spot just for the client.

Now there are very few people who can compose poetry 'on the fly', you have to be right brained and already well in touch with your composer to be able to do it. He was a very special man.

Youtube link -  Rare footage shot by Jane Parsons-Fein in 1979, available for purchase at www.pfti.org/dvd. A complete transcript of the footage is available at the same web address for the general public.  Quote "Dr. Milton H. Erickson revolutionized psychotherapy and hypnosis and redefines the unconscious. In this clip he induces trance to teach students to "discover your own technique" and "be your own natural self".

Milton Erickson was a prolific writer, and I have used some of the following books in this description , the rest have been included for completeness:

His clinical papers have been collected into a four volume work edited by Ernest Rossi:

There are also a number of useful books that contain transcriptions of his lectures and seminars: