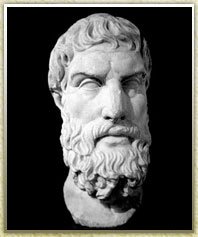 No writings of Epictetus himself are really known. His discourses were transcribed and compiled by his pupil Arrian.

The main work is The Discourses, four books of which have been preserved (out of an original eight). Arrian also compiled a popular digest, entitled the Enchiridion, or Handbook.  It is this I will be using for the site, although both works are very relevant.

In a preface to the Discourses, Arrian states that "whatever I heard him say I used to write down, word for word, as best I could, endeavouring to preserve it as a memorial, for my own future use, of his way of thinking and the frankness of his speech."

Epictetus was born c. 55 A.D., at Hierapolis, Phrygia. The name his parents gave him is unknown; the word epíktetos (ἐπίκτητος) in Greek simply means "acquired." He spent his youth as a slave in Rome to Epaphroditos, a wealthy freedman and secretary to Nero. 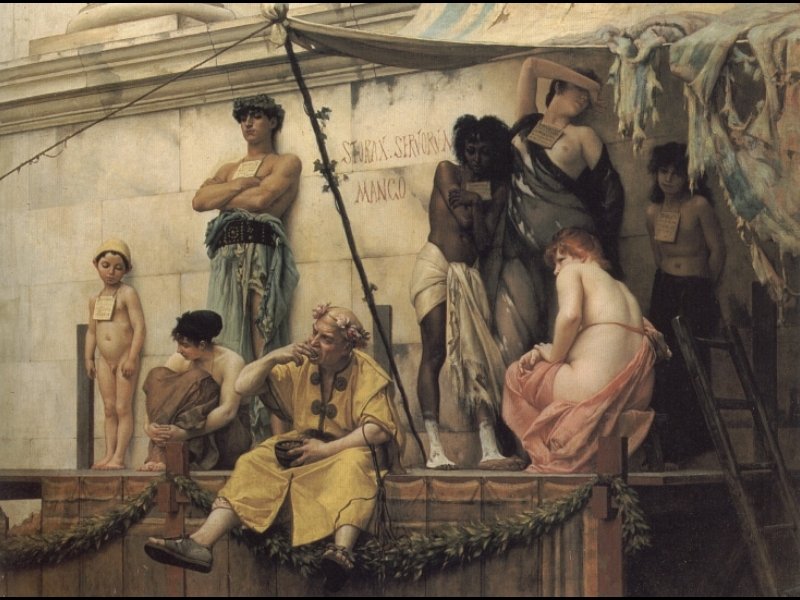 Early in life, Epictetus acquired a passion for philosophy, and with the permission of his wealthy owner, he studied Stoic philosophy under Musonius Rufus, which allowed him to rise in respectability as he grew more educated.

He somehow became crippled, with Origen stating that his leg was deliberately broken by his master, and Simplicius stating that he had been lame from childhood. 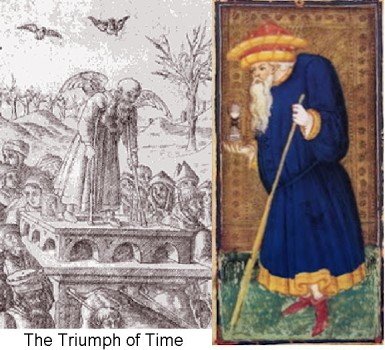 Lameness has a symbolic meaning.  By being intellectually gifted, one's role is marked out as a philosopher - a Hermit - as opposed to a Fool - the mystic seer.  In effect, lameness symbolises the hobbling effect of intellect on one’s ability to have a spiritual experience.

To the left we see one old Tarot card, plus a picture for the Hermit [then called the Hunchback]– an archetype of intellectual prowess.  In both cases the hermit is hobbled by his intellectual ability – intellect as the cause of not being able to ‘fly’.

Here is another quote, also misinterpreted these days

THE WORKS OF LUCIAN OF SAMOSATA  TRANSLATED BY H. W. FOWLER AND F. G. FOWLER
But there: what need to go back to Orpheus and Neanthus? We have instances in our own days: I believe the man is still alive who paid 120 pounds for the earthenware lamp of Epictetus the Stoic. I suppose he thought he had only to read by the light of that lamp, and the wisdom of Epictetus would be communicated to him in his dreams, and he himself assume the likeness of that venerable sage. And it was only a day or two ago that another enthusiast paid down 250 pounds for the staff dropped by the Cynic Proteus. 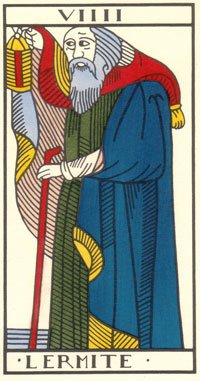 The Tarot card for the Hermit

The lamp was also the symbolic object of the Hermit - the philosopher.  It is a symbol of 'illumination', that the role of this person - their destiny - is to explain and teach not to fly up to the stars and bring back revelations.

The role is actually a rather onerous one.  It is lonely and usually requires them to remain celibate and single.  Epictetus lived a life of great simplicity, with few possessions and lived alone for a long time, so he did indeed live the life of a Hermit.

In his old age he adopted a friend's child who would otherwise have been left to die, and raised him with the aid of a woman.

Epictetus obtained his freedom some time after Nero's death in 68 A.D., and began to teach philosophy in Rome. About 93 A.D. Emperor Domitian banished all philosophers from the city, and Epictetus fled to Nicopolis in Epirus, Greece, where he founded a philosophical school.

Arrian describes Epictetus as being a powerful speaker who could "induce his listener to feel just what Epictetus wanted him to feel." Many eminent figures sought conversations with him, and the Emperor Hadrian was friendly with him and 'may have listened to him speak at his school in Nicopolis'. 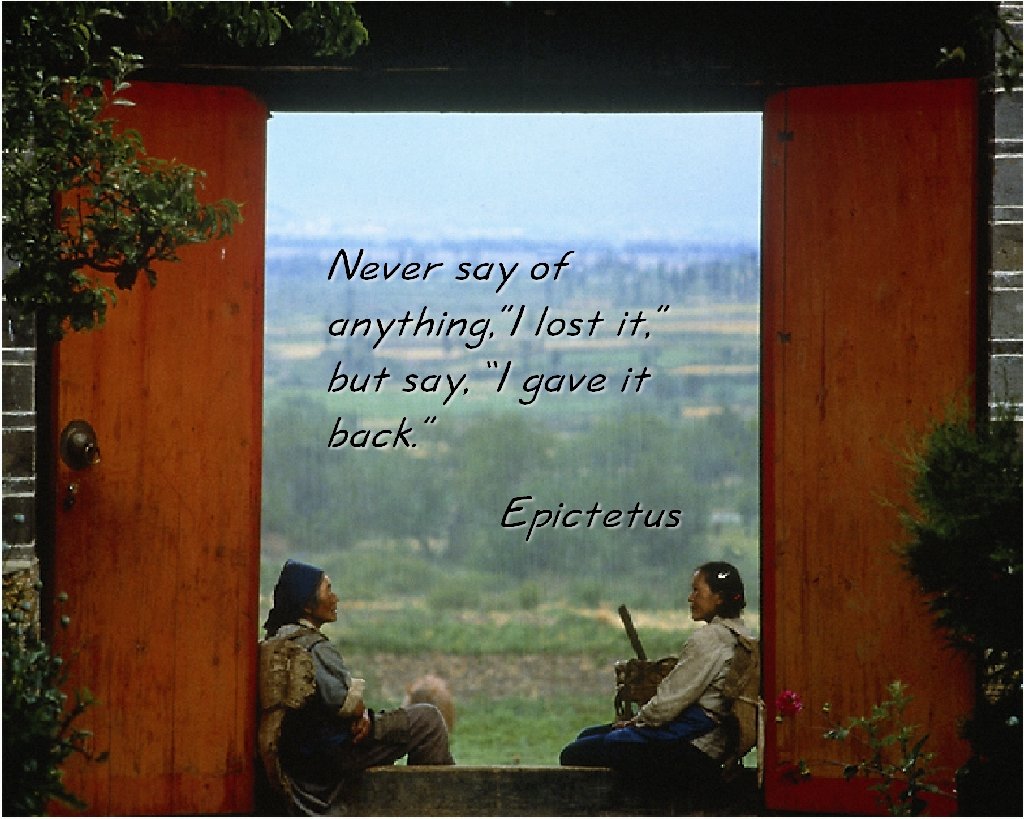 His philosophy marries extraordinarily well with that of Jesus, spiritually aware people often do sing from the same hymn sheet and Epictetus and Jesus are completely in harmony.

Epictetus died sometime around 135 A.D, which would have made him about 80 on his death.

The philosophy of Epictetus was an influence on the Roman Emperor Marcus Aurelius (121 to 180 A.D.) whose reign was marked by wars with the resurgent Parthia in southern Asia and against the Germanic tribes in Europe. Aurelius quotes from Epictetus repeatedly in his own work, Meditations, written during his campaigns in central Europe.

Epictetus is referred to, but not mentioned by name, in Matthew Arnold's sonnet To a Friend. Arnold provides three historical personalities as his inspiration and support in difficult times (Epictetus is preceded by Homer and succeeded by Sophocles).