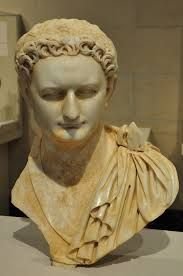 Domitian (Latin: Titus Flavius Caesar Domitianus Augustus; 24 October 51 – 18 September 96) was the Emperor of Rome from 81 to 96 AD. He was the younger brother of Titus and son of Vespasian, his two predecessors on the throne, and the last member of the Flavian dynasty. During his reign, his authoritarian rule put him at sharp odds with the Senate, whose powers he drastically curtailed.

Domitian's reign came to an end in 96 AD when he was assassinated by court officials.

He is on the site because he had premonitions of this assassination, a dream that was undoubtedly helped by fear.  Furthermore, a number of soothsayers accurately predicted both the time and date of his assassination.

The Flavian dynasty was particularly ruthless, as we shall see and after his death, Domitian's memory was condemned to oblivion by the Roman Senate, whose democratic powers he had, along with the rest of his family, attempted to subvert.  The Flavian family as a whole were intent on replacing democracy with dictatorship and almost succeeded.  Tacitus, Pliny the Younger, and Suetonius all described Domitian as a cruel and paranoid tyrant.

Needless to say 2000 years later Wikipedia says that “Modern revisionists have characterized Domitian as a ruthless but efficient autocrat whose cultural, economic, and political programs provided the foundation of the peaceful second century”, which says more about the level of ethical understanding in our current historians than it does about Domitian.  History rewritten by those who wish to promote family dictatorships at the expense of democracies. 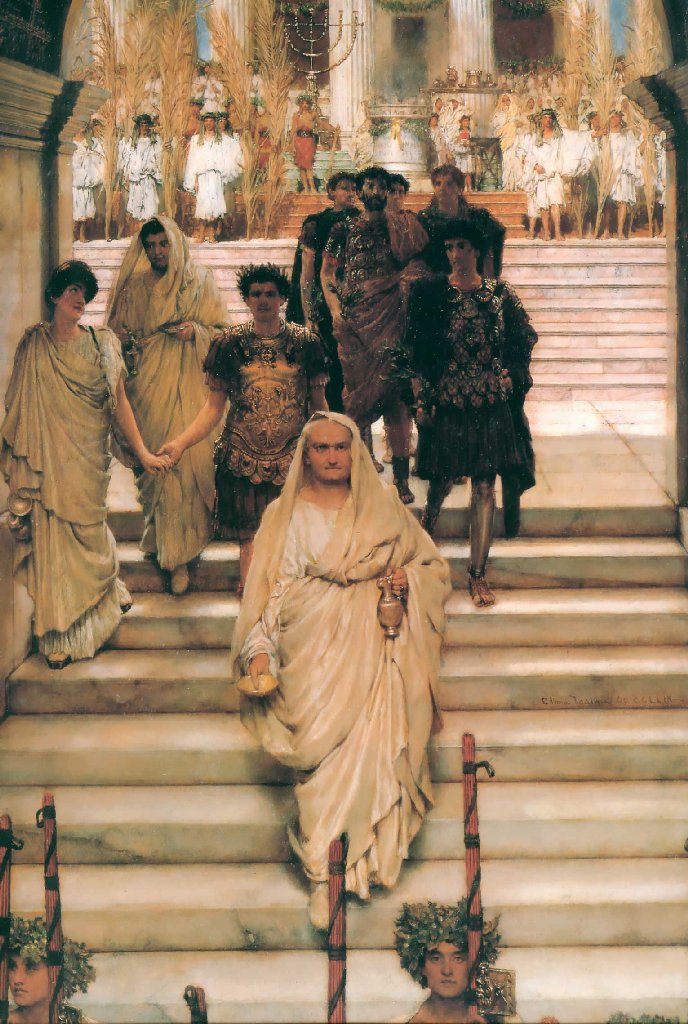 Wikipedia "The Triumph of Titus, by Sir Lawrence Alma-Tadema (1885),
depicting the Flavian family during the triumphal procession of 71.
Vespasian proceeds at the head of the family, dressed as pontifex maximus,
followed by Domitian and Titus, also dressed in religious regalia.
Alma-Tadema was known for his meticulous historical research on the ancient
world"

Prior to becoming Emperor, Domitian's role in the Flavian government was largely ceremonial. In June 71 AD, Titus returned triumphant from the war in Judaea. Ultimately, the rebellion had claimed the lives of over 1 million people, a majority of whom were Jewish. The city and temple of Jerusalem were completely destroyed, its most valuable treasures carried off by the Roman army, and nearly 100,000 people were captured and enslaved.

For his victory, the Senate awarded Titus a Roman triumph. On the day of the festivities, the Flavian family rode into the capital, preceded by a lavish parade that displayed the spoils of the war. The family procession was headed by Vespasian and Titus, while Domitian, riding a magnificent white horse, followed with the remaining Flavian relatives.

Leaders of the Jewish resistance were executed in the Forum Romanum, after which the procession closed with religious sacrifices at the Temple of Jupiter. A triumphal arch, the Arch of Titus, was erected at the south-east entrance to the Forum to commemorate the successful end of the war.

Yet the return of Titus further highlighted the comparative insignificance of Domitian, both militarily and politically. As a second son, Domitian held honorary titles, such as Caesar or Princeps Iuventutis, and several priesthoods, including those of augur, pontifex, frater arvalis, magister frater arvalium, and sacerdos collegiorum omnium, but no office with imperium. 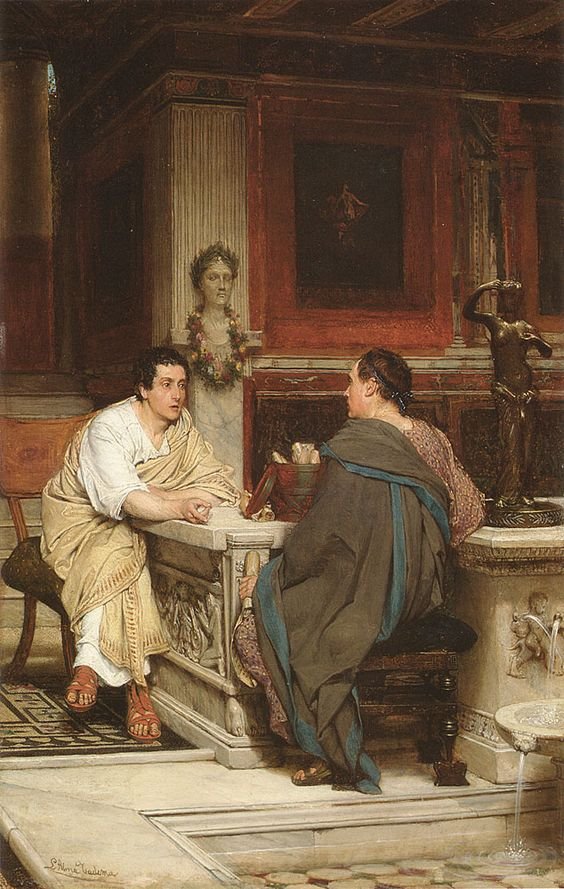 Under Vespasian and Titus, non-Flavians were virtually excluded from the important public offices. Mucianus himself all but disappeared from historical records during this time, and it is believed he died sometime between 75 and 77 AD. Real power was unmistakably concentrated in the hands of the Flavian faction; the weakened Senate only maintained the facade of democracy.

Because Titus effectively acted as co-emperor with his father, no abrupt change in Flavian policy occurred when Vespasian died on 23 June 79.

Titus assured Domitian that full partnership in the government would soon be his, but neither tribunicial power nor imperium of any kind was conferred upon him during Titus' brief reign. The new Emperor was not eager to alter this arrangement: he was under forty and at the height of his power.

But, two major disasters struck during 79 and 80 AD. On 24 August 79, Mount Vesuvius erupted, burying the surrounding cities of Pompeii and Herculaneum under metres of ash and lava; the following year, a fire broke out in Rome that lasted three days and that destroyed a number of important public buildings. Consequently, Titus spent much of his reign coordinating relief efforts and restoring damaged property.

On 13 September 81 AD after barely two years in office, he unexpectedly died of fever during a trip to the Sabine territories. 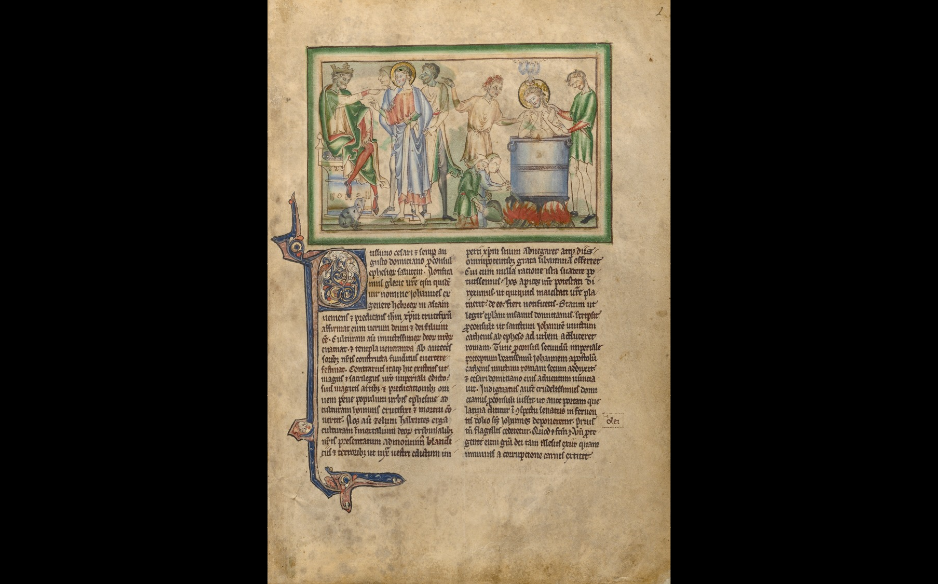 After the death of his brother, Domitian was declared emperor by the Praetorian Guard. His 15-year reign was the longest since that of Tiberius. 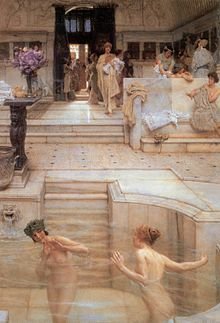 The Vestal Virgins - condemned to death
by Domitian; some were buried alive

And Domitian took no time in reviving the practice of the ‘imperial cult’, which had fallen somewhat out of use under Vespasian. Significantly, his first act as an Emperor was the deification of his brother Titus. Upon their deaths, his infant son, and niece, Julia Flavia, were likewise enrolled among the gods. Domitian officially gave himself the title of Dominus et Deus.

To foster the worship of the imperial family, he erected a dynastic mausoleum on the site of Vespasian's former house on the Quirinal, and completed the Temple of Vespasian and Titus, a shrine dedicated to the worship of his deified father and brother.

In 85, he nominated himself perpetual censor, the office that held the task of supervising Roman morals and conduct. He renewed the Lex Iulia de Adulteriis Coercendis, under which adultery was punishable by exile. From the list of jurors he struck an equestrian who had divorced his wife and taken her back. 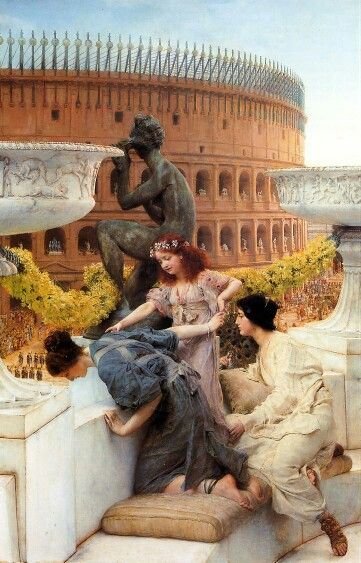 He also – in an almost Puritanical purge, started to forbid forms of entertainment.  An ex-quaestor was expelled from the Senate for acting and dancing. Actors were likewise regarded with suspicion, as their performances provided an opportunity for satire at the expense of the government. He forbade mimes from appearing on stage in public.  In essence he started to install a totalitarian state, where “libellous writings, especially those directed against himself, were punishable by exile or death”.

Domitian is a fascinating example of how those who seek to control and perhaps bring back order and even so called morals lose all sense of balance and assume that morals are something ‘god given’, whereas morals are made by man and need to be discussed by groups of wise men and women – the senate in this case – to appreciate their implications.  On the plus side, Domitian heavily prosecuted corruption among public officials, removing jurors if they accepted bribes and rescinding legislation when a conflict of interest was suspected.  But it was also clear that he did not understand the very religion he sought to impose as in 87 AD, Vestal Virgins were found to have broken their sacred vows of lifelong public chastity. Accordingly, those found guilty of any such transgression were condemned to death, either by a manner of their choosing, or according to the ancient fashion, which dictated that Vestals should be buried alive. 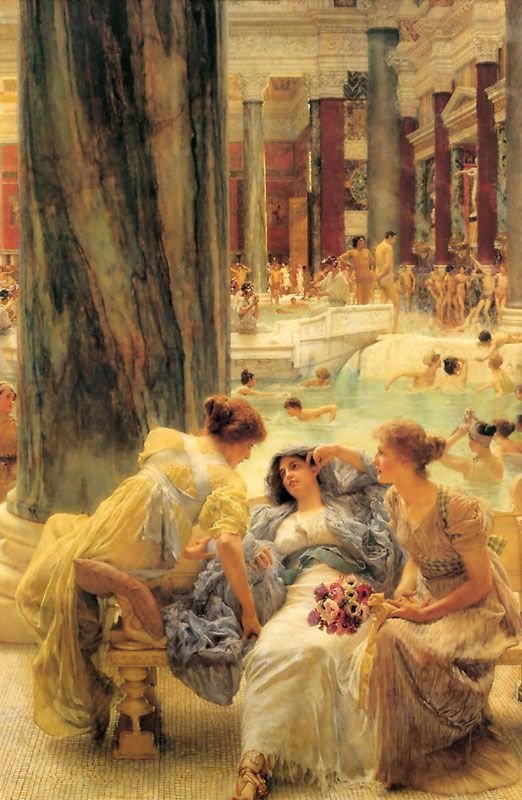 The Vestal virgins were a form of Geisha, a high Priestess and their very role was to use sex to promote spiritual experience.  Indeed, the need to preserve chastity was key, but one rather feels that all they had been doing was fulfilling their role using sexual stimulation techniques.  It must have sent waves of horror through the truly religious and may well have been the straw that broke the camel’s back.

The persecution of the ones within his own religion who he decided had not followed the rules, was accompanied by persecution of all other religions. In the 4th century writings of Eusebius of Caesarea, he describes how Jews and Christians were heavily persecuted toward the end of Domitian's reign. The Book of Revelation is thought by some to have been written during this period, when John was in exile in Patmos.

There are many parallels between the approach that Domitian took and the leaders we have had over the last hundred years or so.

Domitian continually instigated major wars – principally to acquire more territory [and thus acquire more taxes from those subjugated].  He fought in Britain, where his general Agricola attempted to conquer Caledonia (Scotland), and in Dacia, where Domitian was unable to procure a decisive victory against king Decebalus. Domitian saw himself as the new Augustus, an enlightened despot destined to guide the Roman Empire into a new era of brilliance.  He constantly sent out religious, military, and cultural propaganda to foster a cult of personality, especially amongst the peasants and uneducated, and of course the general public tended to believe him.  By nominating himself perpetual censor, he sought to control public and private morals. As a consequence, Domitian was popular with the people and army, but considered a tyrant by anyone with any intelligence and of course the members of the Roman Senate.

We have one observation, but it describes all the prophecies made about his assassination, including his own dream.