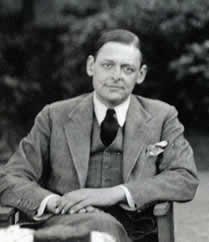 Thomas Stearns Eliot (1888 – 1965) was a publisher, playwright, literary and social critic and "arguably the most important English-language poet of the 20th century."  Although he wrote a number of wonderful poems, the ones which show a quite extraordinary depth of spiritual understanding are The Waste Land (1922), The Hollow Men (1925), Ash Wednesday (1930), and Four Quartets (1945).  They are masterpieces of symbolism and poetic beauty.

Eliot was born in America, the last of six surviving children; his parents were both 44 years old when he was born.  He was born with a double hernia and was unable to participate in many physical activities or from interacting socially with his peers. Isolated, his love of literature developed. His mother, Charlotte wrote poetry. 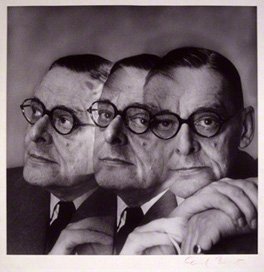 He began to write poetry when he was fourteen under the influence of Edward Fitzgerald's Rubaiyat of Omar Khayyam. He studied philosophy at Harvard College from 1906 to 1909, earning his bachelor's degree after three years, instead of the usual four. In 1908, he discovered Arthur Symons's The Symbolist Movement in Literature, a work which was to have a profound effect on his poetry.  Furthermore, Eliot wrote that Tristan Corbière’s Les amours jaunes affected the course of his life.

Eliot moved to Paris, where from 1910 to 1911, he studied philosophy at the Sorbonne. He attended lectures by Henri Bergson and read poetry with Alain-Fournier.   From 1911 to 1914, he was back at Harvard studying Indian philosophy and Sanskrit.  I think you can see from this that the influences on his life were extremely eclectic and of considerable significance.   Eliot was awarded a scholarship to Merton College, Oxford in 1914. In London he met Ezra Pound.  In the end, Eliot did not settle at Merton, and left after a year. In 1915 he taught English at Birkbeck, University of London. 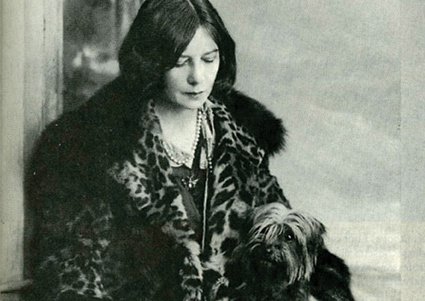 Eliot married Vivienne Haigh-Wood in 1915.  The marriage was markedly unhappy, in part because of Vivienne's health issues. In a letter addressed to Ezra Pound, she covers an extensive list of her symptoms, which included a habitually high temperature, fatigue, insomnia, migraines, and colitis. This, coupled with apparent mental instability, meant that she was often sent away by Eliot and her doctors for extended periods of time in the hope of improving her health, and as time went on, he became increasingly more detached from her. 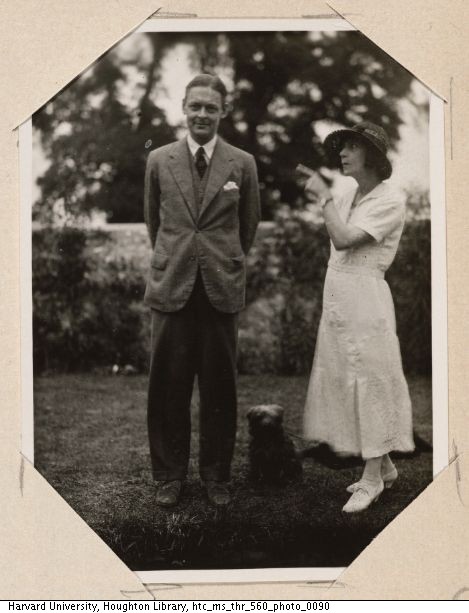 In a private paper written in his sixties, Eliot confessed: "I came to persuade myself that I was in love with Vivienne simply because I wanted to burn my boats and commit myself to staying in England. And she persuaded herself …that she would save the poet by keeping him in England. To her, the marriage brought no happiness. To me, it brought the state of mind out of which came The Waste Land."

In 1933, Eliot arranged for a formal separation from Vivienne.

She was committed to the Northumberland House mental hospital, Stoke Newington, in 1938, and remained there until she died.  Although Eliot was still legally her husband, he never visited her.  By this time some of his most spiritually intense poems had been written.

From this point on his poetry is lovely, but not spiritually deep or symbolic.  For example the famous Old Possum's Book of Practical Cats, a collection of light verse, was published in 1939. 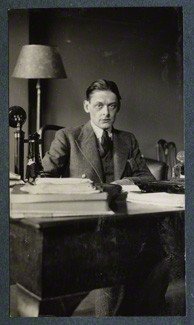 But what remained still unwritten was Four Quartets.

Eliot regarded Four Quartets as his masterpiece, and it is the work that led to his being awarded the Nobel Prize in Literature in 1948.   It consists of four long poems, each first published separately: Burnt Norton (1936), East Coker (1940), The Dry Salvages (1941) and Little Gidding (1942). They are stunning, truly stunning poems.  Each poem is associated with one of the four ‘classical elements’: air, earth, water, and fire.  He leaves out the aether level.

What inspired this poem?  The War.  Eliot was an air raid warden in The Blitz and it marked him, it terrified him.  In his poems commentators say that ‘he imagines meeting Dante during the German bombing’ but maybe he did!

Eliot died of emphysema in London on January 4, 1965. For many years he had had health problems caused by his heavy smoking, and had often been laid low with bronchitis or tachycardia. He was cremated at Golders Green Crematorium. In accordance with Eliot's wishes, his ashes were taken to St. Michael's Church in East Coker, the village from which his ancestors had emigrated to America.

Eliot was gifted as a  poet and already sensitive and highly spiritually tuned in, but in the poems I have mentioned he went from wonderful poet to genius.  So what contributed to his spiritual inspiration?  The smoking, bronchitis and emphysema, and the appalling unhappiness caused by Vivienne.  The Waste Land, for example, was composed during a period when both he and Vivienne were suffering from nervous disorders. 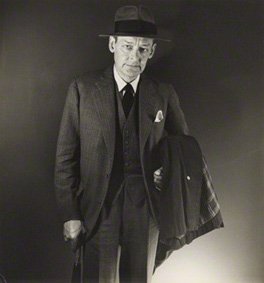 The Hollow Men appeared in 1925. For the critic Edmund Wilson, it marked "The nadir of the phase of despair and desolation given such effective expression in The Waste Land." Here we have an Eliot in anguish at the state of Post-war Europe under the Treaty of Versailles, in turmoil over his religious conversion, and deeply unhappy from his failed marriage – so Angst and extreme unhappiness.

And finally we have the War and overwhelming fear and terror.