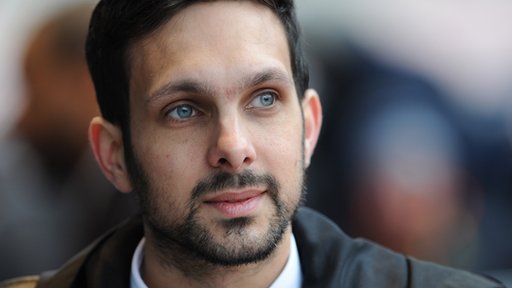 Steven Frayne (born 17 December 1982), commonly known by his stage name "Dynamo", is an English magician, a very very accomplished magician.  His abilities have been recognised by fellow magicians and the public alike.

On 5 July 2012, for example, Steven was promoted by the magicians' society, The Magic Circle, to Associate of the Inner Magic Circle with Silver Star for Performance. Dynamo also won the Magician of the Year award from The Academy of Magical Arts 48th Annual Awards Show.

In 2012, Dynamo: Magician Impossible won the Best Entertainment Programme award at the Broadcast Awards and Series 2 of Dynamo: Magician Impossible won the Broadcast Award for Best Entertainment Programme for the second year in a row and won TV show of the year at the Virgin Media Awards. 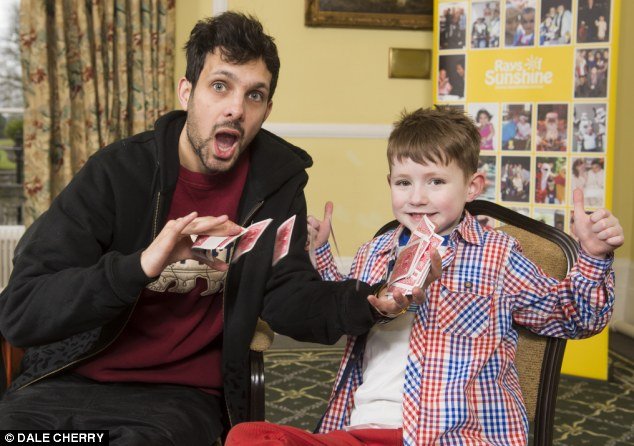 The eldest of four children, Dynamo was raised on council estates in Bradford, West Yorks, by his single mum Nicky Goodwin. She was just 16 when he was born.

His father was of Pathan ancestry and we will explore this connection below.  His early life was characterised not just by the playground bullying, but by racial abuse and a father who spent more time in prison than he did with his kids.

Steven and his younger siblings, Jessica, Troy and Lee, were brought up by their mum. He was just four when his dad first went to jail and his father was in and out for petty offences for the next 14 years.  His father has since died.

Steven suffers from Crohn’s disease, a terrible disease, which stunts growth and can cause great pain.  It results in inflammation that may affect any part of the gastrointestinal tract. Signs and symptoms often include abdominal pain, fever, and weight loss. Other complications may occur outside the gastrointestinal tract and include anaemia, skin rashes, arthritis, inflammation of the eye, and feeling tired.

Crohn’s disease nearly killed him when he was 19.

About ten years ago I was rushed to hospital after getting an agonising pain in my stomach caused by an abscess. They put me on morphine straight away but they couldn’t figure out what to do with me for four months. I just lay in the hospital, dosed up on painkillers. Then they gave me two options — either go on dialysis or have a dangerous operation which had never been done on someone my age. I was warned there was a chance it could kill me, but I decided to have the operation because I was so sick of being in hospital. Luckily it was a success, but I had to learn to walk again as the operation had damaged so many nerves. I can’t eat a lot of foods, like popcorn or seeds, basically no roughage. I estimate I’ve been in hospital for a total of around two years over the course of my life. 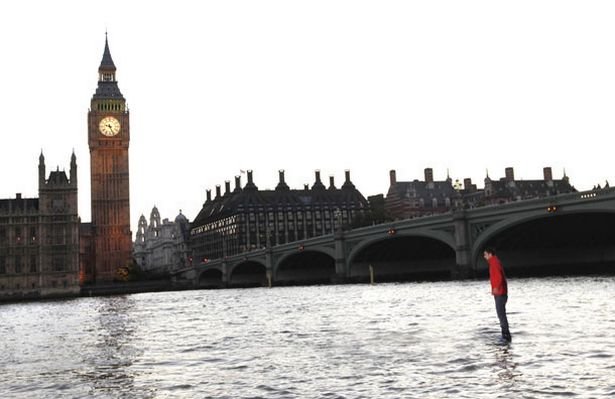 Steven’s magic appears to come in two forms, one is illusionism, which can be achieved via cameras and carefully set up and pre-organised stunts.  But he also appears to be a real magician as well.  A small number of the tricks of illusion were taught by his beloved great-grandfather Kenneth Walsh - the main male role model in his life.  “He showed him the magic tricks he had learned while in the Navy during the Second World War”.  This fired his interest and he began to explore magic and its possibilities from then on.

Steven
My dad was a small-time criminal, wannabe big-time gangster. I just got used to never seeing him. But my grandad — who was really my great grandad — filled the void admirably. He passed away on February 29th this year, which means I mourn his passing every four years.

But Steven has advanced way beyond party games and tricks to amuse your pals….. 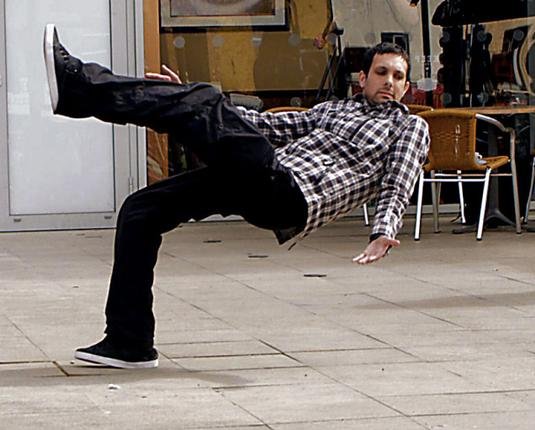 AN 8st bloke with a thick Yorkshire accent is challenging me to lift him off the ground.  It shouldn’t be hard — but I might as well be trying to pick up my gran’s bungalow. For this is no ordinary 8st chap but Dynamo the magician, who is fast becoming the world’s biggest name in trickery and grand illusions.
He rubs shoulders with Brad Pitt and Tinie Tempah and has dazzled some of the planet’s biggest celebrities with his jaw-dropping performances. He has walked on the Thames while barely getting his feet wet and made Lindsay Lohan levitate off a stool.
After watching him pull a sweet on a chain from inside his throat THROUGH his neck, Will Smith crumpled up in disbelief, declaring: “That is absolutely stunning.”

And Dynamo himself continues: 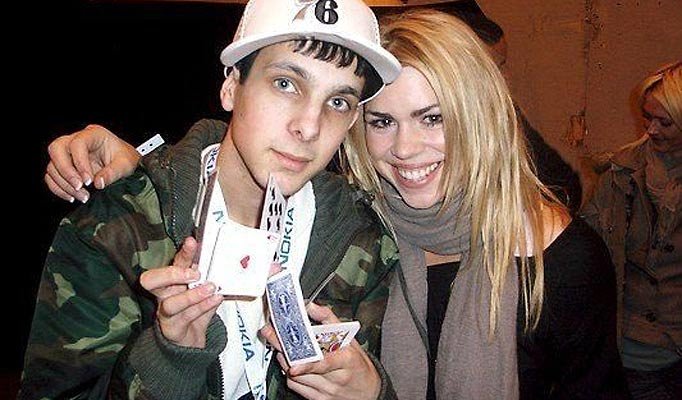 “I learned the picking-up trick when I was around seven, so two brothers who bullied me at school wouldn’t put me in a wheelie bin before rolling me down a hill any more.  I couldn’t be budged. After that people became a bit afraid of me, I became a bit of an urban myth. I was left alone from then on.
These brothers would still bully me — but wouldn’t let anyone else pick on me. It was kind of a weird relationship. I never came to this realisation until now, but in a way I was paying for their protection by being their victim. One day these lads threw me in a dam. I remember thinking then, ‘I wish I could walk on water’.

Well now he can.

Dynamo's first television appearances were on Richard & Judy, followed by a Channel 4 special entitled Dynamo's Estate of Mind. He then released a DVD.

Steven had his own award-winning television show Dynamo: Magician Impossible which ran from July 2011 to September 2014.  But he also performs many of his greatest feats amongst the general public, whilst a camera captures the moment.  We have a few observations, but a search on Youtube will yield a number of examples of his work.

In May 2009, Dynamo levitated Little Britain comedian Matt Lucas four feet off the ground in front of a crowd at the Emirates Stadium in London.  And that really needs a spell and a half! 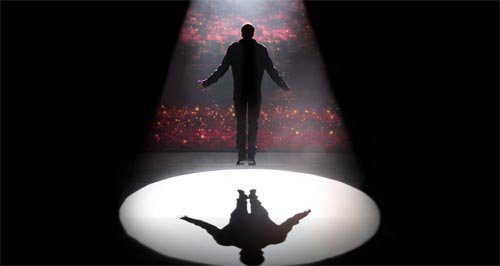 The Pathans and Pashtuns

Steven was born in Bradford, England to an English mother and a father of Pathan ancestry.  Pathan is a synonym commonly used in South Asia to refer to the Pashtun people.  The Pashtuns are an extremely special group of people – they are one of the ‘old peoples’, a group known to have magician skills.  As all magicians are capable of good and evil, the group is guided by the Pashtunwali, which is a traditional set of ethics guiding individual and communal conduct.

Wikipedia
According to Ethnologue, the total population of the group is estimated to be around 50 million  but an accurate count remains elusive due to the lack of an official census in Afghanistan since 1979. Estimates of the number of Pashtun tribes and clans range from about 350 to over 400. 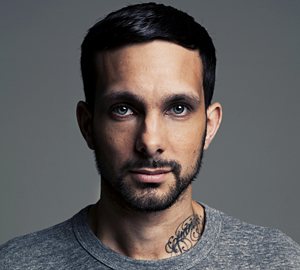 The Pashtuns have been major contributors to the countries to which they have emigrated.  Many members have left their native land to other parts of the world where they achieved international fame.

Zalmay Khalilzad became the first Muslim and first Afghan to become an ambassador of the United States. Others have risen to become high-ranking officials at the World Bank, the United Nations and other international organizations. Malala Yousafzai became the youngest ever Nobel Peace Prize recipient in 2014.

And as you can see the UK has also been very fortunate in ‘acquiring’ peoples from this area.  We have young Steven.

Wikipedia
The origin of the Pashtuns is unclear but historians have come across references to various ancient peoples called Pakthas (Pactyans) between the 2nd and the 1st millennium BC, who may be their early ancestors. Often characterised as a warrior and martial race, their history is mostly spread amongst various countries of South and Central Asia, centred on their traditional seat of power in medieval Afghanistan.

Given their origins and the dating, it is possible that they were involved with the remnants of the Indus civilisation and thus are part Dravidian.  Many Biblical figures were Dravidian. 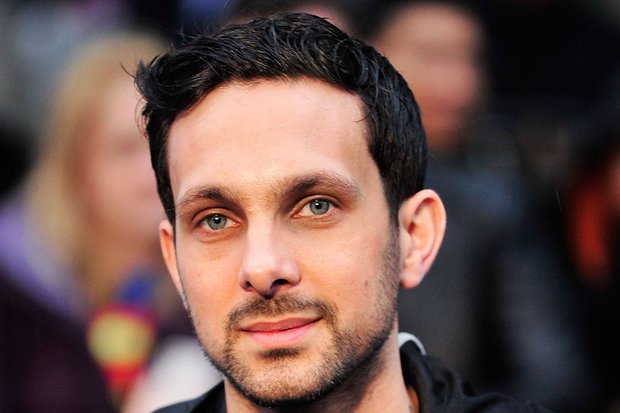 Steven’s autobiography is called Nothing is impossible. 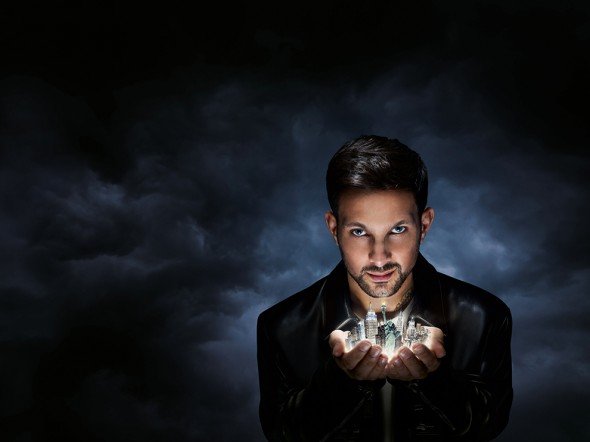