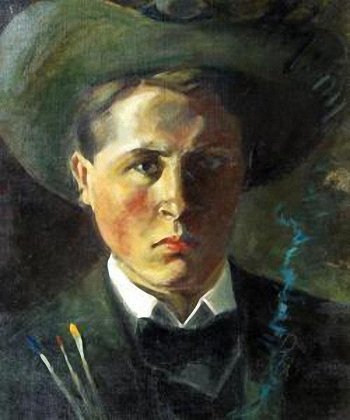 Edmund Dulac (born Edmond Dulac; October 22, 1882 – May 25, 1953) was a French-born, British naturalised artist.  From 1890 to 1920, British book illustration was preeminent and Dulac's career flourished in this area.  The world that Dulac creates is pure magic, a fantasy world of great beauty and joy.  His paintings are full of colour, sensuous, ‘kindly’, in that there is no horror or hurt depicted, even if the stories he is illustrating may be tales of both good and evil.

Dulac is best known as an illustrator of gift books and children's books, but he also designed stamps and theatre sets, costumes and even composed music. His favourite medium was watercolour, a medium ideally suited to the spirit world he was trying to create and the dream-like atmosphere of this ‘other place’. He was great friends with both W. B. Yeats and Sir Thomas Beecham and collaborated with them on a number of theatre projects. In 1920 he composed music for a production of Yeats's At the Hawk's Well. Yeats, Dulac, and Ezra Pound staged Japanese Nō plays, with Dulac designing costumes, sets, and makeup and composing music. 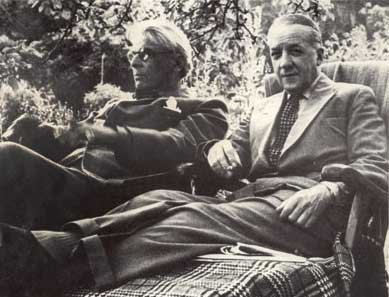 with W B Yeats [left]

Yeats dedicated The Winding Stair to Dulac in 1933. In 1937 Dulac collaborated with Yeats on the BBC radio program, My Own Poetry. Yeats selected seven of his own poems, five to be spoken and two to be sung, with Dulac composing music for the songs, accompaniment for the spoken poems, and interludes between. Partly owing to the intervention of the producer in the choice of performers, the performance was not a great success.  Hostilities flared briefly but were soon smoothed over. Yeats died on 28 January 1939.   Dulac designed the memorial for his friend's former resting place in Roquebrune, before his body was moved to Ireland.

We have thus seen that Dulac was born gifted.  Was there anything else that inspired him? 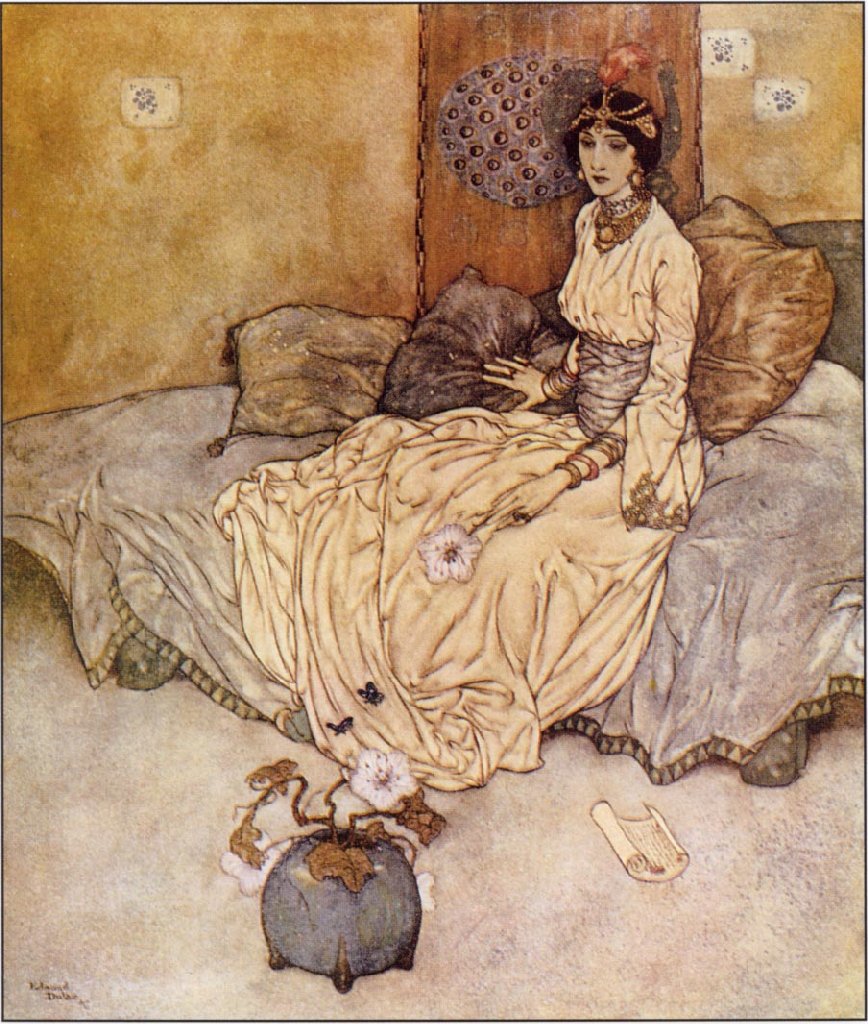 Born in Toulouse, France, on 22 October 1882, Edmond Dulac was the only child of Pierre Henri Aristide Dulac and Marie Catherine Pauline Rieu.  He was a greatly loved child.  Dulac showed an early talent for drawing and by age sixteen he was able to render professional art nouveau work.  After studying law at the University of Toulouse for two years, Dulac enrolled full time at the École des Beaux Arts in 1900. In 1903 Dulac won a scholarship to the Académie Julien in Paris.

His December 1903 marriage to Alice May de Marini, an American thirteen years his senior, quickly dissolved and by 1904 he had left for England to start his artistic career. Enamoured of British culture, he changed the spelling of his first name to "Edmund."

Settling in London's Holland Park, Dulac was an immediate success in England. He joined the London Sketch Club soon after his arrival and later St. John's Art Club. His first commission was the illustration of Jane Eyre, a quintessentially British project with which he was entrusted at the age of twenty-two.  So he had the respect and trust of others – a sort of love received. 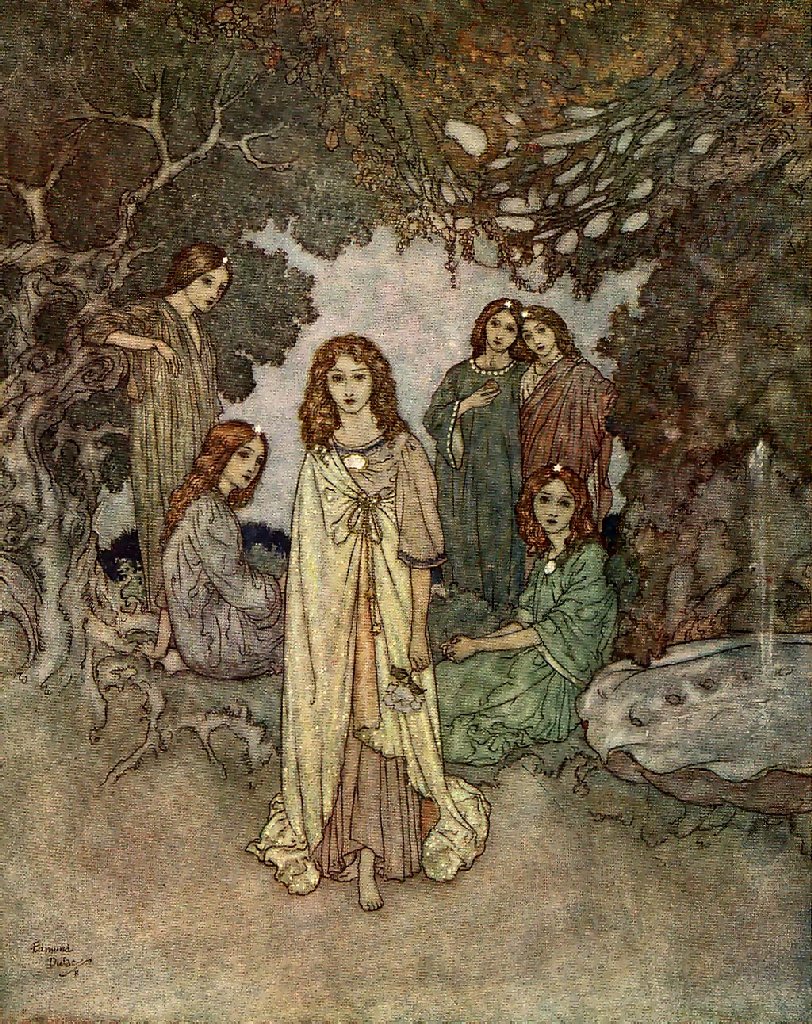 In April 1911 he married Elsa Arnalice Bignardi, a shy, graceful girl of Italian and German descent.  And it is here we have another part of his inspiration, because love shines from every illustration he did in these early years.

The Leicester gallery commissioned illustrations from Dulac which they sold in an annual exhibition, while publishing rights to the paintings were taken up by Hodder & Stoughton for reproduction in illustrated gift books, publishing one book a year. Books produced under this arrangement by Dulac include Stories from The Arabian Nights (1907) with 50 colour images; an edition of William Shakespeare's The Tempest (1908) with 40 colour illustrations; The Rubaiyat of Omar Khayyam (1909) with 20 colour images; The Sleeping Beauty and Other Fairy Tales (1910); Stories from Hans Christian Andersen (1911); The Bells and Other Poems by Edgar Allan Poe (1912) with 28 colour images and many monotone illustrations; and Princess Badoura (1913). 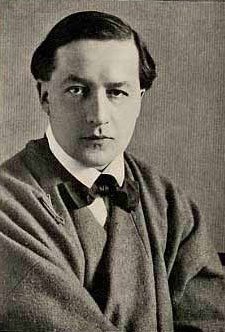 During World War I he contributed to relief books, including King Albert's Book (1914), Princess Mary's Gift Book, and, unusually, his own Edmund Dulac's Picture-Book for the French Red Cross (1915) including 20 colour images. Hodder and Stoughton also published The Dreamer of Dreams (1915) including 6 colour images - a work composed by the then Queen of Romania.

After the war, the deluxe edition illustrated book became a rarity and Dulac's career in this field was over. His last such books were Edmund Dulac's Fairy Book (1916), the Tanglewood Tales (1918) (including 14 colour images) and The Kingdom of the Pearl (1920).   These were lean years for Dulac.  In the same year The Outlook stopped running Dulac's cartoon drawings, which had been his only steady source of income. Though he managed on income from portraits and frequent commissions for American Weekly covers and postage stamps, money was always to be a concern. 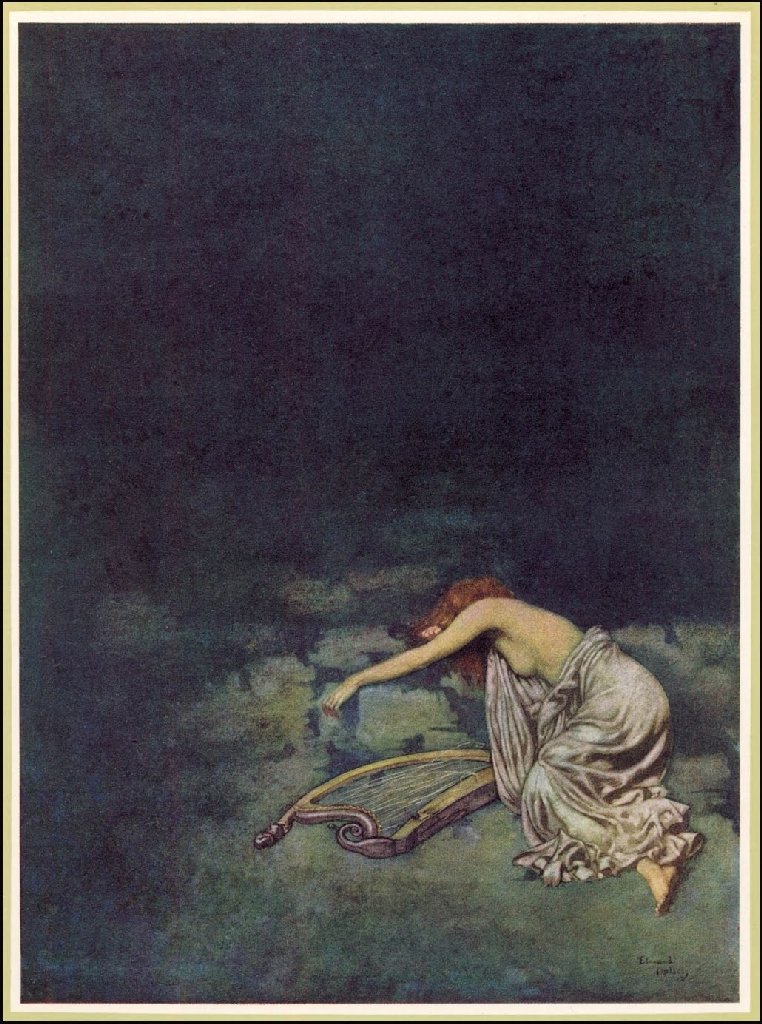 In August 1923 Dulac and Elsa separated, Dulac complaining that she was ‘unable to challenge him intellectually’.  Hardships of this sort can often test even the most happy marriage – a man turns to other women for comfort, and ……’Close friend’ Helen de Vere Beauclerk moved in within the year. She was to be Dulac's companion until his death.

Britain's Country Life. Country Life Limited (London) published Gods and Mortals in Love (1935) (including 9 colour images) based on a number of the contributions made by Dulac to Country Life previously. The Daughter of the Stars (1939) was a further publication to benefit from Dulac's artwork - due to constraints related to the outbreak of World War II, that title included just 2 colour images. He continued to produce books for the rest of his life, more so than any of his contemporaries, although these were less frequent and less lavish than during the Golden Age. 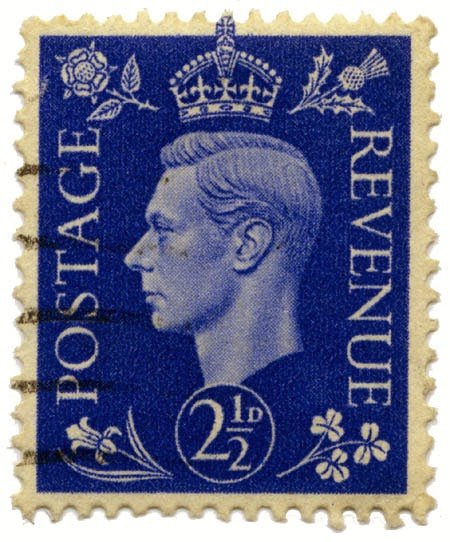 In the era leading to World War II, Dulac also designed postage stamps for Great Britain,  including the postage stamp issued to commemorate the Coronation of King George VI that was issued on 13 May 1937. The head of the King used on all the stamps of that reign was his design and he also designed the 2s 6d and 5s values for the 'arms series' and contributed designs for the sets of stamps issued to commemorate the 1948 Summer Olympics and the Festival of Britain.

By World War II, Dulac had become the leading authority on postage stamp design. When occupied France wanted to unify its colonies against Germany by issuing stamps with the Cross of Lorraine, this project naturally fell to an enthusiastic Dulac. The project was commissioned by Charles de Gaulle, who travelled to Britain to discuss the matter. Dulac's wartime work culiminated in the Victory stamp for France, using Léa Rixens, Émile Rixens's widow, as the model for Marianne de Londres. For once he used the French spelling of his name in his signature: "Edmond Dulac." 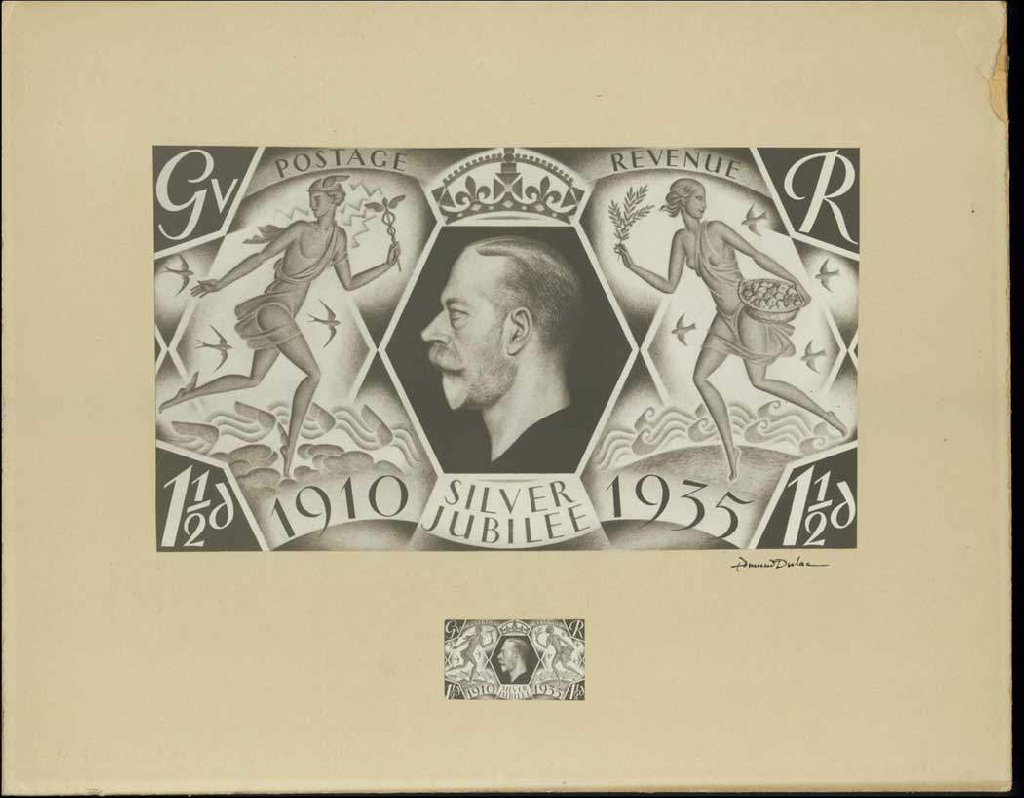 After the War, Dulac also designed the 1s 3d value stamp of the set issued to commemorate the Coronation of Queen Elizabeth II, he died just before it was issued.

In the early 1940s Edmund Dulac also prepared a project for a Polish 20-zlotych note for the Bank of Poland (Bank Polski). This banknote (printed in England in 1942 but dated 1939) was ordered by the Polish Government in Exile and was never issued.

At the close of his career, Dulac returned to illustrating children's books with the same perfectionism that had characterized the rest of his work. He was in the middle of one such project when he had his third heart attack and died 25 May 1953, at the age of seventy.

In the observations I have provided the barest minimum of description deliberately, so that you can concentrate on the picture and what it evokes, rather than the intellectual curiosity of where it was used, how big it is, and how much it is now worth!!