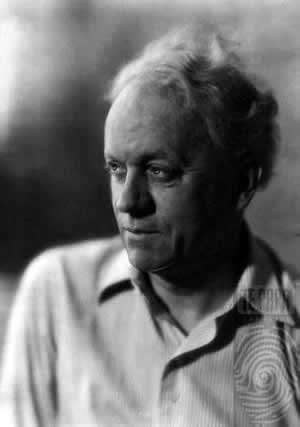 Raoul Dufy ( 1877 –  1953) was a French Fauvist painter. He developed a colourful, decorative style that became fashionable for designs of ceramics and textiles, as well as decorative schemes for public buildings.  He was also a draftsman, printmaker, book illustrator, a theatrical set-dresser, a designer of furniture, and a planner of public spaces.

Dufy's cheerful oils and watercolours depict events of the time period, including yachting scenes, sparkling views of the French Riviera, chic parties, and musical events. The style is optimistic, fashionably decorative, and illustrative.

Dufy suffered very badly from rheumatoid arthritis and failing eyesight and this has been attributed to his use of both toxic heavy metal paints and ceramics.  I have classified his problems under the less general headings of lead poisoning and mercury poisoning, as the colours he used appear to be principally based on these two metals, however, all paints contain a number of heavy metals - chromium, cadmium and so on - all toxic.

At the start of his career, Dufy painted mostly Norman landscapes in watercolours.  Whilst at the École nationale supérieure des Beaux-Arts in Paris, he concentrated on improving his drawing skills. He then turned to painting, but his subjects were often in the vicinity of Le Havre, and, in particular, on the beach at Sainte-Adresse, or in Fecamp on the English Channel where the colours were relatively subdued.

It was not until 1920, that Dufy developed his own distinctive approach. It involved skeletal structures, arranged with foreshortened perspective, and the use of thin washes of color applied quickly, in a manner that came to be known as stenographic. Dufy used significantly more bright and clear colours based on toxic heavy metals and fewer earth colours containing harmless iron and carbon compounds. He may have been heavily exposed to mercury sulphide, cadmium sulphide, arsenic sulphide, lead, antimony, tin, cobalt, manganese, and chromium, the metals of the bright and clear colours, and exposure to these metals may be of importance in the development of inflammatory rheumatic diseases.

Thus the effects of the toxic paints slowly crept up on him over about 15 year, during which he became more and more affected.  Rheumatoid arthritis causes terrible pain and the toxic compounds to which he was exposed can also damage the organs of the brain.  Dufy was clearly a great painter, but he became an inspired painter as the disease progressed.

The truly terrible irony is that gold salts were the main treatment for the disease in those days and a link is starting to be made between gold salts and anaemia.  Gold causes red blood cell death.

“significant associations were found between aplastic anemia and tocainide, gold salts, and antidepressants; and between agranulocytosis and anti-thyroids, trimethoprim-sulfamethoxazole, beta-lactams, sulfasalazine, chlorpromazine, carbamazepine, glyburide, and procainamide, although the associations with antibiotics may indicate a response to the disorders rather than a possible cause. These findings are generally consistent with the results of other case-control investigations  PMID: 10086829”

An article in Life magazine highlighted his plight and he was invited to Boston in 1950 to participate in a trial of corticosteroids.  The publicity of the time said the treatment gave him 'more energy', but the energy may have been the result of his ceasing to take the gold salts!

Dufy died at Forcalquier, France, on 23 March 1953, and he was buried near Matisse in the Cimiez Monastery Cemetery in Cimiez, a suburb of the city of Nice.