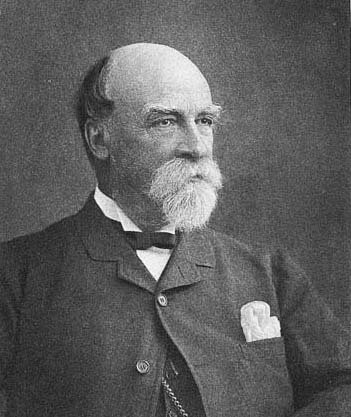 Sir John Drummond-Hay GCMG KCB PC (1 June 1816 – 27 November 1893) was the United Kingdom's Envoy Extraordinary at the Court of Morocco in the 19th century.

Hay was born in 1816 in Valenciennes, France, where his father Captain Edward Drummond Hay, a nephew of the ninth Earl of Kinnoul, was serving in the British army of occupation.  He was educated at Charterhouse School alongside his older brother, Edward Hay Drummond Hay.

At the age of 24, he was appointed a paid attaché to the Embassy of Constantinople, where he remained for four years, and was then sent to Morocco to assist the Agent and Consul-General in his communications with the Court of Morocco during the difficulties with the French Government. In this mission he displayed so much ability that a few months afterwards, though still having merely the rank of a paid attaché, he succeeded his temporary chief as Agent and Consul-General.

Thus began diplomatic activity, involving considerable personal initiative and freedom of action, which lasted without interruption for more than 40 years. During this long period his intelligence, energy, and knowledge enabled him to exercise considerable influence, both with the Government and with the people with whom he came in contact.

In 1845, he acted as a mediator in the difficulties which Morocco had with Denmark, Sweden and Spain, and signed in that capacity the convention which the Sultan concluded with the Court of Madrid. In 1856 he negotiated and signed a general treaty and a commercial convention with the Moroccan Government, and was raised five years afterwards to the rank of Minister Resident.

In 1861 he was appointed by Emperor Pedro II of Brazil a Knight Grand Cross of the Order of the Rose. His further promotion to the rank of Minister Plenipotentiary took place in 1872, and to that of Envoy Extraordinary in 1880.

In July, 1886, he retired on a pension, and was sworn a Privy Councillor, but he continued to reside privately a great part of the year in the country where he had served his country, so long and so successfully. He died at Wedderburn Castle, near Duns, in Scotland.