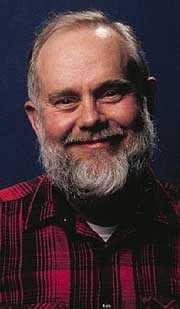 Don Bowers lived at Montana Creek, Alaska, in a cabin he built himself. Born in 1948 in Fort Smith, Arkansas, Donald Stark Bowers JR., 52, died on Monday, June 19, 2000, in an airplane crash 30 miles west of Mount McKinley.

Don was an Air Force Academy graduate with master's degrees from the Air Force Institute of Technology and Alaska Pacific University.

For most of his Air Force career he was a C-130 Hercules transport pilot, flying Hurricane Hunters in the Caribbean and Spectre gunships in South-east Asia as well as "trash haulers" all over Alaska.

Don arrived on the Last Frontier in 1975 and became involved with the Iditarod as a member of the volunteer Iditarod Air Force. Upon retirement from the "real" Air Force, Don set about to run the Iditarod with his own team, even though he had virtually no experience as a musher. He was a certified elementary teacher as well as a commercial pilot in Talkeetna during summer.

Don was the author of Alaska Airmen's Logbook for Alaska, Northwest Canada, and Russia  published by the Alaska Airmen's Association.  But the book from which I have taken the observation is called Back of the Pack and is according to my husband a ripping good story. 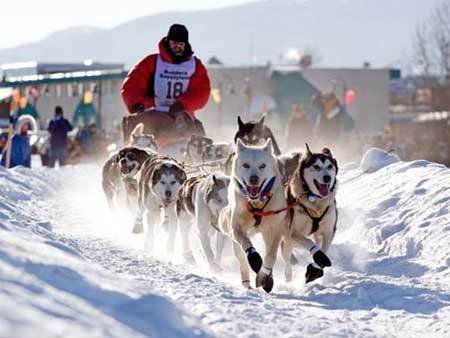 I was unsure whether to classify Don as an adventurer or a sportsman, but I decided in the end he was better classed as a sportsman, even though the Iditarod might be called an adventure, it is still a race.

“Once infected with the mushing virus, there is no cure-there is only the trail." Don Bowers learned the truth of these words as he lived his dream of mushing Alaska’s grueling 1,100-mile Iditarod Trail sled Dog Race.  With no mushing experience and little money, but with a spirit of adventure and support from friends, he started from scratch to put together a team. Over the next two years, he discovered that becoming a serious musher is not to be undertaken by the faint of heart, or by those who cannot learn to laugh at themselves and keep going in the face of daunting difficulties and dangers. By the time he eventually pulled under the famous burled arch at the end of Front Street in Nome, his perspective on life had been changed forever by his dogs and by the staggering scope and intensity of the Iditarod. This is Everyman's Iditarod, a tribute to the dedicated dreamers and their dogs who run to Nome at the back of the pack with no hope of prize money or glory. This is truly "the rest of the story" of the Last Great Race on Earth.”

“After reading Back of the Pack you'll watch the rookies heading down Fourth Avenue at the start of the Iditarod with a much better insight. Don draws a clear picture of what it's like to be a neophyte musher. Anyone with an interest in dogs - or who just likes a good read - will thoroughly enjoy it.”