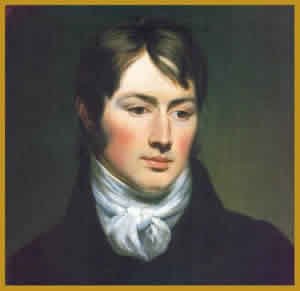 John Constable (1776 –1837) was an English artist, born in Suffolk.  He is principally known for his landscape paintings of Dedham Vale, the area surrounding his home.  But these are actually not [in my view] his best work.

Constable’s inspiration was nature.  His paintings were nearly all produced by being outside, letting the scene take over and working in a ‘meditative state’.  "When I sit down to make a sketch from nature, the first thing I try to do is to forget that I have ever seen a picture".

In his youth, Constable embarked on amateur sketching trips in the countryside "the sound of water escaping from mill dams etc., willows, old rotten planks, slimy posts, and brickwork, I love such things."

He nearly always produced full-scale preliminary sketches of his landscapes in order to test the composition in advance of finished pictures. These large sketches, with their free and vigorous brushwork, were revolutionary at the time, and they continue to interest artists, scholars and the general public.

The sketches themselves were the first ever done in oils directly from the subject in the open air. To convey the effects of light and movement, Constable used broken brushstrokes, often in small touches, which he scumbled over lighter passages, creating an impression of sparkling light enveloping the entire landscape. One of the most expressionistic and powerful of all his studies is Seascape Study with Rain Cloud, painted about 1824 at Brighton, which captures with slashing dark brushstrokes the immediacy of an exploding cumulus shower at sea.  The oil sketches of The Leaping Horse and The Hay Wain, for example, convey a vigour and expressiveness missing from Constable's finished paintings of the same subjects. They are truly inspired and remind one of the Impressionists and Turner [who were greatly influenced by his work].

Constable's watercolours were also remarkably free for their time: the almost mystical Stonehenge, 1835, with its double rainbow, is often considered to be one of the greatest watercolours ever painted.

The power of his physical effects was sometimes apparent even in the full-scale paintings which he exhibited in London; The Chain Pier, 1827, for example, prompted a critic to write: "the atmosphere possesses a characteristic humidity about it, that almost imparts the wish for an umbrella".

"My limited and abstracted art is to be found under every hedge, and in every lane, and therefore nobody thinks it worth picking up"

If you look at all these wonderful sketches what marks them out is the weather – he loved extreme weather and thus a major source of his inspiration was going out in violent weather.

So we know one reason for his inspiration, was there anything else?

John was first friends and then deeply deeply in love with Maria Bicknell a girl he had known from childhood.  The love was mutual. They had seven children all of them equally loved, but they only became engaged in 1816 when Constable was 40.  Despite opposition from Maria's grandfather, Dr Rhudde, rector of East Bergholt,  John and Maria married in October 1816.

Not long after they married, an even greater emotional range began to be expressed in his art. From this point on some of his most inspired works emerged.   But things started to go wrong.  After the birth of their seventh child in January 1828, Maria fell ill and died of tuberculosis in November at the age of 41. Constable wrote, "hourly do I feel the loss of my departed Angel—God only knows how my children will be brought up...the face of the World is totally changed to me". Thereafter, he dressed in black and was, according to his biographer, "a prey to melancholy and anxious thoughts". He cared for his seven children alone for the rest of his life.

Grief did not inspire Constable as it does some artists and poets.  He was elected to the Royal Academy in February 1829, at the age of 52. He gave public lectures on the history of landscape painting, “which were attended by distinguished audiences”.  But his inspiration had gone.  To show how far he went downhill and how deluded he became,  in a series of lectures at the Royal Institution, Constable proposed a three-fold thesis: firstly, landscape painting is scientific as well as poetic; secondly, the imagination cannot alone produce art to bear comparison with reality; and thirdly, no great painter was ever self-taught.

He died on the night of the 31st March 1837, apparently from heart failure.

Wikigallery exhibition of his works.