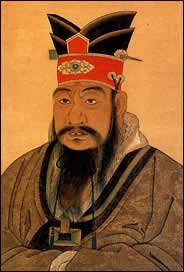 Confucius (551–479 BCE) is generally known as a philosopher and a politician.  His works influence the Chinese people to this very day and have had a huge impact on western thought.

It is clear, for example that Arthur Schopenhauer's ideas on justice and punishment owe much to the thinking of Confucius.   There is also remarkable cohesion between many of the principles found in Plato and those espoused by Confucius, as such he directly and indirectly both influenced and was on common ground with a large number of equally influential geniuses.

What may surprise people, however, is that his principles are in line with mystic thinking.

Confucius and his disciples supplied the commentaries on the I Ching and the I Ching is a deeply spiritual text – as the Book of Changes it describes cycles of change both physical and spiritual.  So like many of the greatest philosophers, he was also a mystic.  His mystical gifts can be seen in his use of myth and allegory in his teaching and the high importance he gave to  poetry and ritual in a spiritual context.  Some of the observations I have provided are of poetry. 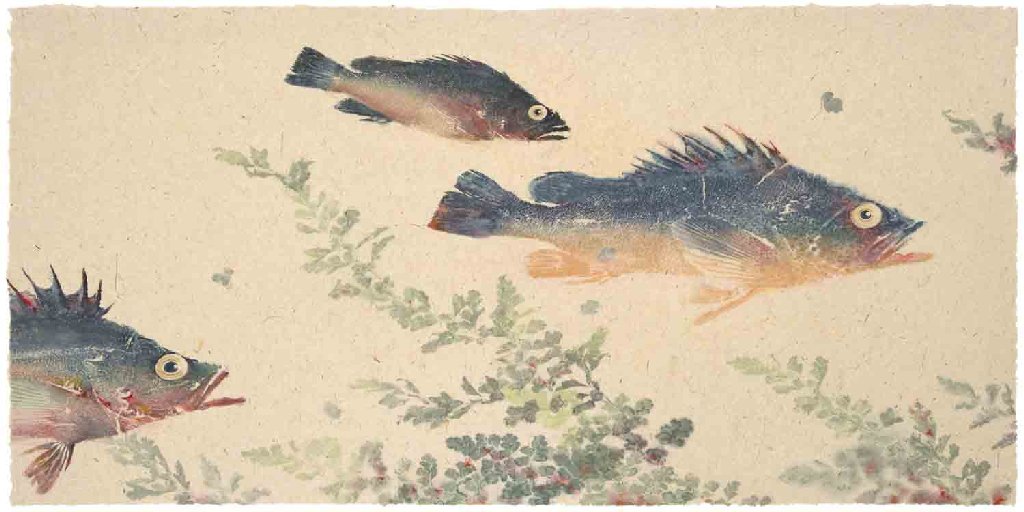 He lived during the Spring and Autumn Period of Chinese history. Confucius' family and personal name respectively was "Kong Qiu" . The Latinized name "Confucius" is derived from "Kong Fuzi".  According to tradition, three generations before Confucius' time, his ancestors had migrated from the Song state to the Lu state. Confucius was said to have been a descendant of the Shang kings or priests through the Dukes of Song.

The Lu state was headed by a ruling ducal house. Under the duke were three aristocratic families, whose heads bore the title of viscount and held hereditary positions in the Lu bureacracy.  Confucius, as a government official, attempted to unite the families and create a larger more stable state.  His position meant that his only 'weapon' was diplomacy, and it is through this period that he developed many of his ideas.  During his time at court, he demonstrated foresight, practical political ability, and insight into human character. 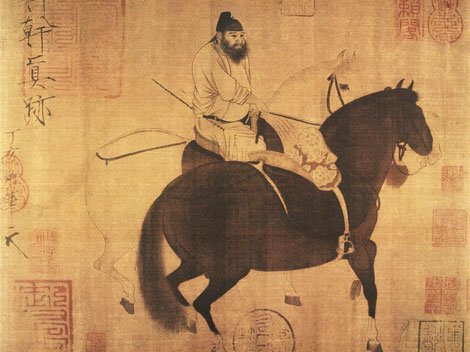 But, as a result of his unusual degree of success, Confucius made powerful enemies within the state.  He departed his homeland in 497 BC  and  left the state of Lu, remaining in self-exile.  After Confucius's resignation, he began a long journey around the small kingdoms of northeast and central China.   At the courts of these states, he expounded and further tested his ideas.

According to the Zuo Zhuan, Confucius returned home when he was 68. He spent his last years teaching his disciples and recording the wisdom he had gained from the Five Classics, in a set of texts which were to be later known as the Analects.  Burdened by the loss of both his son and his favorite disciples, he died at the age of 71 or 72. 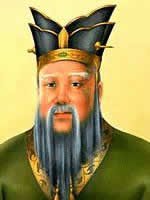 During his life, his ideas were known in only a few Chinese states.  After his death, however, his teachings  spread via his disciples and his son.  Under the succeeding Han Dynasty and Tang Dynasty, Confucian ideas gained even more widespread prominence. Under Wudi, the works of Confucius were made the official imperial philosophy; they were made required reading for civil service examinations in 140 BC  and this was continued nearly unbroken until the end of the 19th Century.

The works of Confucius were first translated into European languages through the agency of Jesuit scholars stationed in China.  But they are now widely available in numerous languages.

Confucius tended to emphasise that everything that he taught was actually 'old wisdom'.  His role was as a person who pulled together and made available and understandable old classics – like the I Ching.  His objective was to try to show by analogy, stories and parables, what was in the old classics and to try to show how the wisdom might be applied to the then present day.

He was not a believer in rules, or as William Blake  said,  'Thou shalt not writ over the door'.

His teaching was based on the idea of virtues – so not 'thou shalt not', but 'try to do this and if you do, this is what will happen' – positive not negative teaching, based on consequences – cause and effect.  This is very much the principle applied in the I Ching.

And we see the tried and tested virtues espoused by numerous mystics, before and after him, also appearing in his clear simple statements.  For example one disciple asked him "Is there any one word that could guide a person throughout life?"
Confucius replied:

"How about 'reciprocity'! Never impose on others what you would not choose for yourself."  Analects XV.24, tr. David Hinton

So do as you would be done by.

We can also see great similarities in his teachings and in the ten commandments – for example 'honour thy father and thy mother' was developed in his works to include  strong family loyalty and respect of elders by their children.   He also regarded the  family unit as a model for ideal government. Cohesion achieved from respect and honest action, firm straightforward and clear 'rules'  with defined punishments that would be meted out if the rules were infringed [no ifs and no buts and no exclusions].  There is also the understanding that unity and cohesion is achieved by the gradual aggregation of people based on mutual trust and respect, not by the incorrect use of power.  He said 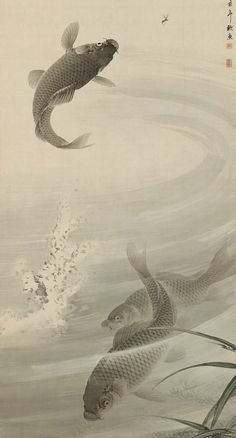 Confucius advocated loyalty to principle rather than to individual.  Thus one is loyal to ideas not people.  And that all change must be achieved by persuasion rather than violence.

The concept of 'Rén' also contains many virtues that everyone who has studied the Greek philosophers would recognise -  generosity, sincerity, honesty  and kindness -  translator Arthur Waley called it "Goodness" (with a capital G).  Confucius did not believe in 'divinely ordained rules'.  This contrasts strongly with the non mystic and therefore theological viewpoint of rules somehow handed down by revelation, which as we have seen given the sheer number of observations I have collected leads one to ask which revelations are we going to include? – those of a tiny number of 'prophets' or those of the thousands upon thousands of other prophets!!  And those achieved by overload – starving yourself and flagellation or those achieved by suppression and kindness to yourselves and others.

Confucius believed in wisdom gained by a policy of suppression not overload.  All his teachings were based on the avoidance of overload.

He saw that, if you lead correctly, orders are unnecessary and useless.  Quite a modern mystic really.

In the observations I have provided direct quotes from works by Confucius, but I have also included some extra observations from a book of poetry called the Shih-Ching.

Shih-ching - The Classic of Poetry, also Shijing or Shih-ching, translated variously as the Book of Songs, Book of Odes, or simply known as the Odes or Poetry (Chinese: 詩; pinyin: Shī) is the oldest existing collection of Chinese poetry.  It comprises 305 works dating from the 11th to 7th centuries BC.

The poems were not written by Confucius. The book is instead one of the "Five Classics" traditionally said to have been compiled and edited by Confucius, and to have become an almost integral part of Confucianism – hence the reason for including them here.

The majority of the Odes date to the Western Zhou period (1046–771 BC).  According to the Eastern Han scholar Zheng Xuan, the latest material in the Shijing dated to the middle of the Spring and Autumn Period (c. 700 BC).  The Odes first became known as a jing, or a "classic book", in the canonical sense, as part of the Han Dynasty official adoption of Confucianism as the guiding principles of Chinese society. The same word shi later became a generic term for poetry.  In English, lacking an exact equivalent for the Chinese, the translation of the word shi in this regard is generally "poem", "song", or "ode".