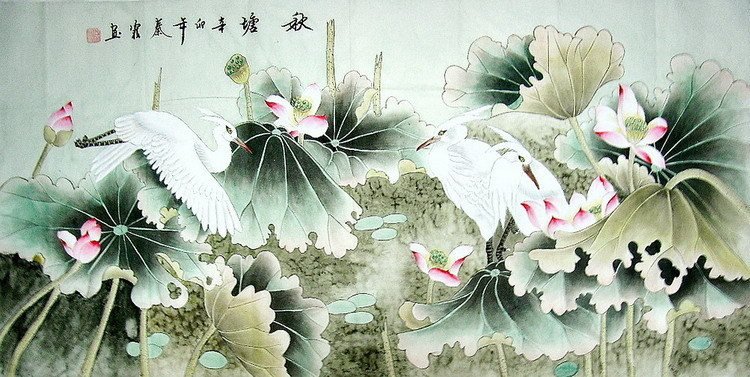 Chen Zi'ang (simplified Chinese: 陈子昂; traditional Chinese: 陳子昂; pinyin: Chén Zĭ'áng; Wade–Giles: Ch‛en Tzŭ-ang, 661 (or 656)–702) was a Chinese poet of the Tang Dynasty. He was important in helping to bring into being the type of poetry which is considered to be characteristically "Tang". Dissatisfied with the poetry at the time, he turned back to the poems of the past and revived the golden age of poetry in a new form.

Chen Zi'ang
The art of letters has been declining for five hundred years....I could not help sighing when I found all genuine feeling and insight are now being smothered by meaningless figures of speech and squeamish refinement of words. So much rhetoric and so little sentiment! When will the grand tradition of Shih Ching revive?


A native of Shehong county, (射洪) in what is today Suining, Sichuan, Chen Zi'ang was the son of a rich man, but used his wealth to promote his poetry.

As an important advisor to the Empress Wu Zetian, Chen was a firm advocate of poetry reflecting real life, and thus with his active interest in politics, much of his work has undertones of social commentary. Some have suggested that it was his work that was the reason he suffered persecution at the hands of Wu Sansi; he died in 702.

Chen Zi'ang is well known for his collection of thirty-eight poems "Ganyu" (感遇), written in a simpler vocabulary than typified the poetry of that time. He has one poem in the Three Hundred Tang Poems.

From A Lute of Jade – Being selections from the Classical poets of China [The Wisdom of the East series] edited and translated by L.  Cranmer-Byng and Dr S. Kapadia [1918]
Famous for writing that kind of impromptu descriptive verse which the Chinese call "Ying." In temperament he was less Chinese than most of his contemporaries. His passionate disposition finally brought him into trouble with the magistrate of his district, who had him cast into prison, where he died at the age of forty-two.

Whatever his outward demeanour may have been, his poetry gives us no indication of it, being full of delicate mysticism, almost impossible to reproduce in the English language.

For this reason the observation has one of his simpler poems.