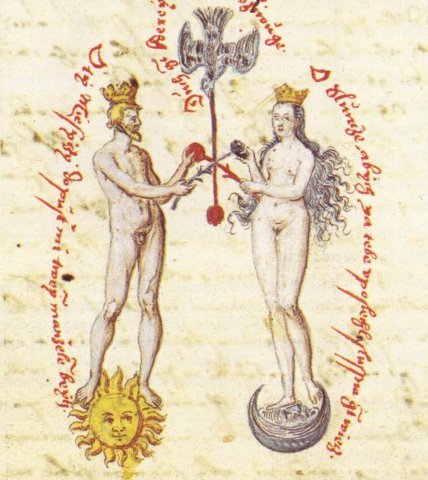 The Chemical Wedding of Christian Rosenkreutz first appeared in Strasburg in the year 1616. It was written in German and entitled Chymische Hochzeit Christiani Rosencreutz anno 1459. No author was named in the book, other than Christian Rosenkreutz (henceforth CRC).  Johannes Valentinus Andreae (1586–1654) claimed to be the author in his autobiography, but people who write this sort of book rarely claim authorship, so I have my doubts.

Although the book first appeared in 1616, the story takes place over 150 years earlier, in 1459. As Wikipedia points out “It was on Easter-day 1459 that the Constitution of the Freemasons of Strasburg was first signed in Regensburg, with a second signed shortly afterwards in Strasburg”. 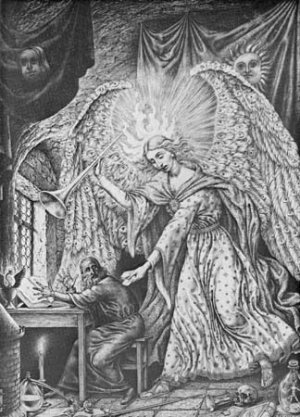 There are some who think that it is a sort of joke played on an unsuspecting audience, but it is no joke, although whoever wrote it had a sense of humour.  It is an allegory of the spiritual path, but it is quite special in what it aims to do, as not only are the stages reasonably well described [there is no one path, but this is quite a reasonable summary of many], but just about any spiritual symbol you are likely to find has been incorporated into the text.  It reads just like a good story, so although a little surreal at times, it isn’t nonsense.  The symbols are just there in the text, only occasionally is their meaning actually employed, so for most people the story is rather intriguing [or frustrating] as you know of the symbols, but you don’t know from the text what the symbols mean.

The book isn’t very long, but it has been a source of inspiration for poets, alchemists (the word "chymical" is an old form of "chemical" and refers to alchemy), artists, writers and the odd retired old ladies – like me.

There are those desperate to link this to Christianity and the Bible, but I’m afraid this was part of the joke, in a sense.  It certainly employs the same symbolism to the Bible, as a common symbol system is in place, but this book isn’t a ‘Christian’ book, it’s a spiritual book – one that transcends all religions, and uses the language of all mystic systems, which is why to some people it seems a bit Jewish and to others a bit Islamic and to others even a bit Buddhist.  There is only one spiritual world.

The Chymical Wedding of Christian Rosenkreutz was originally published in German in 1616. I have used an edition which derives from an English translation published in 1690. No part of this document is copyrighted or copyrightable in any domain and thus I can reproduce the full text for you.

What I have done is provide the full text of each chapter and then listed as many of the main symbols used in the text as seemed feasible.

There are more symbols than I have listed.  The writer was clearly enjoying themselves immensely, weaving a tale around a symbol list, but you can look up the symbol section yourself for a description of the remainder.