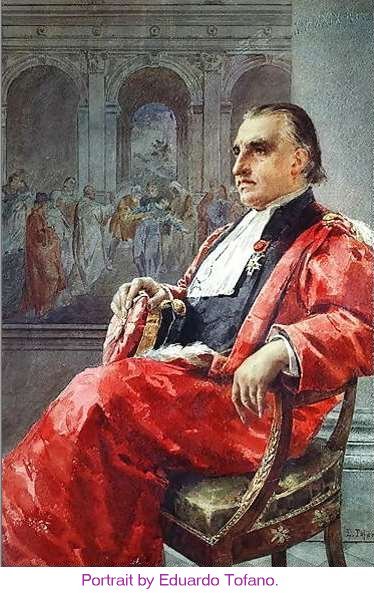 Jean-Martin Charcot (29 November 1825 – 16 August 1893) was a French neurologist and professor of anatomical pathology. He is known as "the founder of modern neurology" and "one of the world's pioneers of neurology".  His work greatly influenced not only the developing fields of neurology, but also the fields of psychology.

Perhaps Charcot’s greatest achievement is his painstakingly careful studies of actual patients and an analysis of all the different reasons for neurological and nervous complaints.  In other words, this was science as it should be practised, through careful observation and classification.  Charcot thought of art as a crucial tool to a doctor. He used photos and drawings, many made by himself or his students, in his classes and conferences and used photos to study neurological cases. He also drew outside the neurology domain, as a personal hobby.

“One of Charcot's greatest legacies as a clinician is his contribution to the development of systematic neurological examination, correlating a set of clinical signs with specific lesions. This was made possible by his pioneering long-term studies of patients, coupled with microscopic and anatomic analysis derived from eventual autopsies. This led to the first clear delineation of various neurological diseases and classic description of them”.

His name has been associated with at least 15 medical conditions, including Charcot-Marie-Tooth disease [Muscular atrophy] and Charcot disease [also known as Motor neurone disease or Lou Gehrig disease], as well as Multiple Sclerosis.  Charcot's studies between 1868 and 1881, for example, were a landmark in the understanding of Parkinson's disease.

In 1882, he established a neurology clinic at Salpêtrière, which was the first of its kind in Europe.  Charcot worked and taught at the famous Salpêtrière Hospital for 33 years. His reputation as an instructor drew students from all over Europe.  Just some of his students include: Sigmund Freud, Joseph Babinski, Pierre Janet, William James, Pierre Marie, Albert Londe, Charles-Joseph Bouchard, Georges Gilles de la Tourette, Alfred Binet, Jean Leguirec and Albert Pitres. 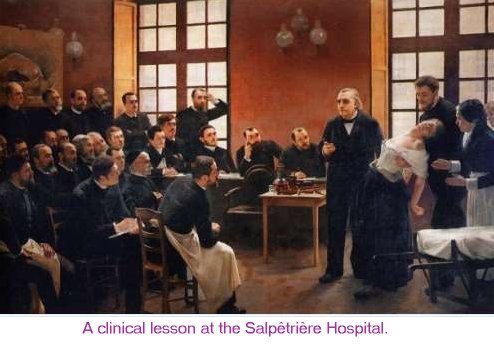 Charcot is also known, outside the community of neurologists, for his work on so called ‘hysteria’ – a term we never hear today.  Charcot first began studying hysteria after creating a special ward for non-insane females with "hystero-epilepsy"; he discovered two distinct forms of hysteria among these patients; minor hysteria and major hysteria.  Charcot discovered that ‘hysteria’ by being such a broad and almost meaningless term, could cover people with actual brain damage as well as patients with psychological trauma.  It is partly due to his discoveries that the term was [thankfully] dropped and more meaningful analyses made.

Charcot argued vehemently against the widespread medical and popular prejudice that hysteria was rarely found in men, presenting several cases of traumatic male hysteria. He taught that due to this prejudice these "cases often went unrecognised, even by distinguished doctors" and could occur in “such models of masculinity as railway engineers or soldiers.” Charcot's analysis, in particular his view of hysteria as a condition which could be caused by trauma, paved the way for understanding neurological symptoms arising from industrial-accident or war-related traumas. 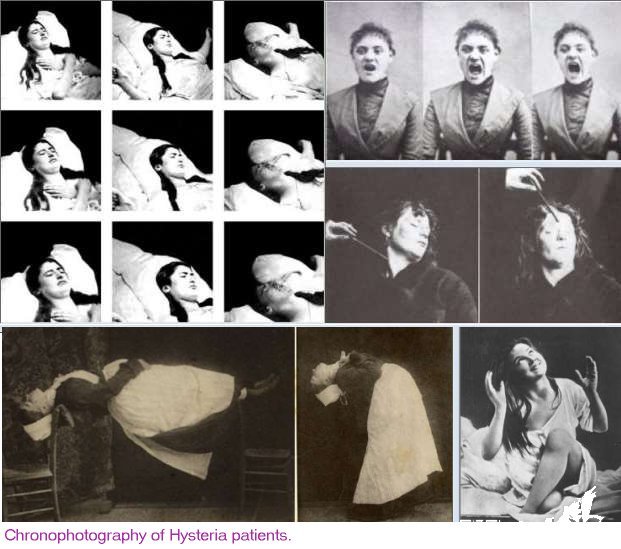 In an attempt to treat these patients, Charcot began to study hypnotism as a means of healing.  His interest in hypnotism "developed at a time when the general public was fascinated in ‘animal magnetism’ which was later revealed to be a method of inducing hypnosis”.  The Salpêtrière School's position on hypnosis was sharply criticized by Hippolyte Bernheim, a leading neurologist of the time. Charcot himself long had concerns about the use of hypnosis in treatment and about its effect on patients. He was also concerned that the sensationalism hypnosis attracted had robbed it of its scientific interest, and that the quarrel with Bernheim, furthered mostly by his pupil Georges Gilles de la Tourette, had "damaged" hypnotism as a potentially useful method of healing.

In terms of his private life, Charcot was born in Paris,  and " married a rich widow, Madame Durvis, in 1862 and had two children, Jeanne and Jean-Baptiste, the latter becoming both a doctor and a famous polar explorer".  He appears to have also had a lover [well he was French].  The 2012 French historical drama film, Augustine, is about a love affair between Charcot and a patient. Charcot Island in Antarctica was discovered by his son, Jean-Baptiste Charcot, who named the Island in honour of his father.