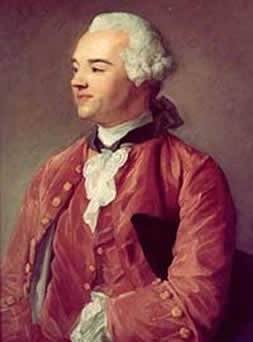 Jacques Cazotte (1719 –1792) was a French author, born in Dijon.  His first books, a mock romance and a coarse song, gained so much popularity, both in the Court and among the people, that he was encouraged to try something more ambitious. He accordingly produced his romance, Les Prouesses inimitables d'Ollivier, marquis d'Edesse.

He also wrote a number of fantastic oriental tales, such as his children's fairy tale La patte du chat (The Cat's Paw, 1741) and the humorous Mille et une fadaises, Contes a dormir debout (The Thousand and One Follies, Tales to Sleep Upright 1742).

His first success was with a "poem" in twelve cantos, and in prose intermixed with verse, entitled Ollivier (2 vols, 1762), followed in 1771 by another romance, the Lord Impromptu.  With the help of the Syrian priest Dom Denis Chavis, he translated some Arabian legends into French for the fairy tale anthology Le Cabinet des fées (1788-1790).

But the most popular of his works was Le Diable amoureux (The Devil in Love, 1772), a fantastic tale in which the hero raises the devil.

A brief but sparkling bon-bon from the French writer Jacques Cazotte, who was guillotined in 1792. A young captain, stationed in Naples, is tempted into summoning up Beelzebub, who appears first in the guise of a hideous camel, then as a cute spaniel, and lastly – and most dangerously – as a gorgeous, pouting nymphette who declares herself enamoured of the young man and follows him everywhere. This is an amusing study of temptation, with sinister undertones. In Biondetta there remains no trace of the monstrous apparition conjured up by Alvaro in the ruins of Portico. The satanic seductress is hidden behind the face of the tormented and plaintive beauty until the end of the fable. 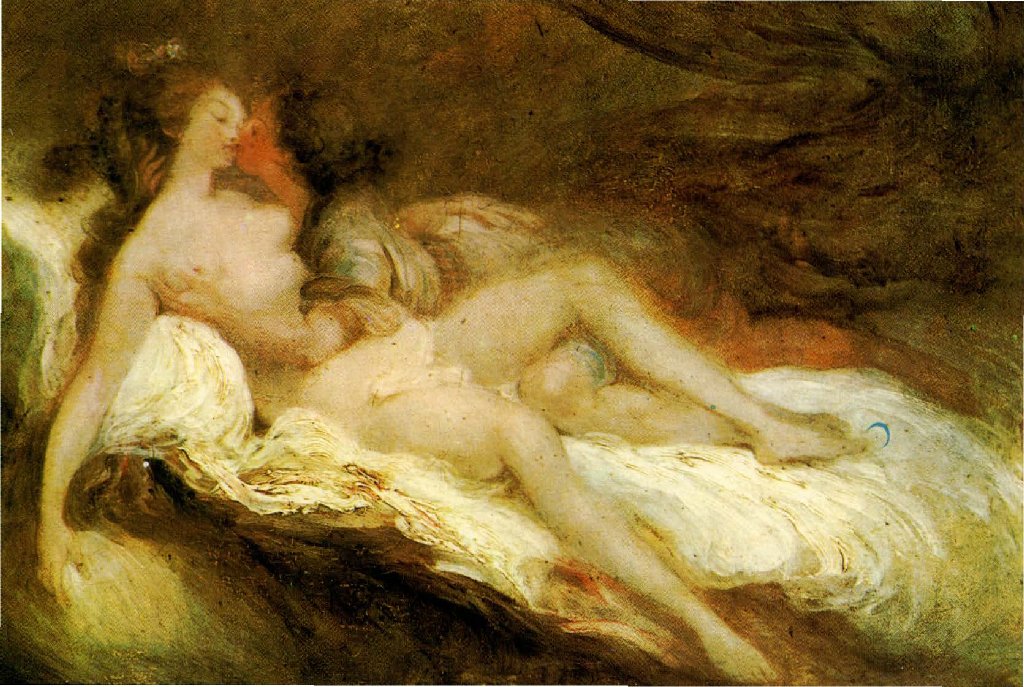 Near the end of his life, Cazotte became a follower of the Martinist mysticism of Martinez de Pasqually, and became a "mystical monarchist".  On the discovery of some of his counter-revolutionary letters in August 1792, Cazotte was arrested; and though he escaped for a time through the efforts of his daughter, he was guillotined the following month. 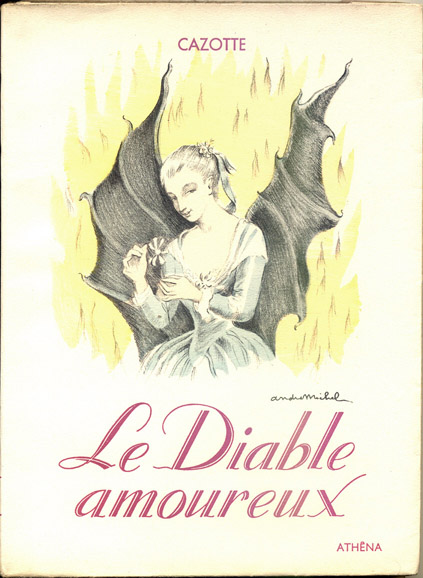 Jacques Cazotte's life, like his works, is a fascinating admixture of rationalism and the marvelous, that often reveals like tendencies in his champions and critics. Known primarily for a single work, Le Diable amoureux, which earned Cazotte the title of the father of fantastic fiction, his convictions and creations remain a conundrum for scholarship.

Though several accounts of Cazotte's life have been published, Georges Décote is his most authoritative biographer as well as the editor of his correspondence.

Cazotte was born to a bourgeois family on October 7, 1719 in Dijon, France. He attended the Jesuit Collège des Godrans from which Buffon and Crébillon also graduated. There he studied English, Spanish, and Italian in addition to theology and the classics, and met his lifelong friend, Jean-François Rameau, nephew of the famous composer, whom Diderot would later immortalize. Having earned his degree of bachelier en droit, Cazotte was admitted to the body of lawyers of Dijon in 1740, but left for Paris soon thereafter where he spent two years studying marine law.

He received his brevet d'écrivain ordinaire de la Marine and served in Le Havre and Brest before being definitively stationed in Martinique during the War of the Austrian Succession. After a series of promotions he was named commissaire ordinaire and as such oversaw the disbanding of the French forces in Sainte Lucie.

Cazotte left Martinique for Paris in 1752 for what was meant to be a 6-month medical leave, returning in 1754 to take part in the Seven Year's War. He helped defend Fort Royal against the English but witnessed the loss of Guadeloupe, a loss he sought to stave off through repeated attempts to call attention to the incompetence and dishonesty of his superiors. Unable to recover from the aftereffects of scurvy, he retired to an estate located in Pierry in the Champagne region that he inherited from his brother and was later elected mayor. What is apparent in this brief account of Cazotte's administrative service is that he was trained in and forced to rely upon strategy, foresight, and logic. 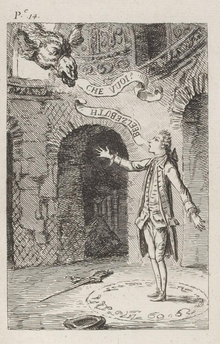 Le Diable amoureux is the second of four forays Cazotte made in the genre of the nouvelle, and the only one to have made the transition from a fanciful interest in the marvelous to a work of fantastic fiction. Cazotte wrote three different versions of his story before achieving the balance that assured it a place in literary history.

In the first version, published in 1772, Alvare calls the devil's bluff, so to speak, and manages to escape his clutches. In the second, Alvare falls prey to the devil's wiles and spends the entirety of a second part executing his orders. Cazotte did not publish this version, but read it aloud to his guests at Pierry, who included, on occasion, such renowned figures as Chamfort, Condorcet, and Beaumarchais. In the third version, published in 1776, it remains unclear whether Alvare escapes or falls prey to the devil. This is the version that successfully prolongs the uncertainty that Todorov associates with the fantastic. Todorov began his Introduction à la littérature fantastique with an analysis of Le Diable amoureux. 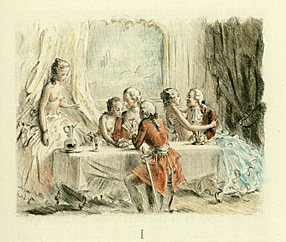 Though he soon dismissed it on the grounds that it contains insufficient material for a sustained study of the subject, Franc Schuerewegen recuperated the novella by demonstrating that the doubt as to whether events can be explained according to laws of the natural or supernatural is sustained in the mind of the main character and the reader until the end of the narrative. A careful reading of the text reveals that it is impossible to conclude whether Alvare has dreamt, imagined, narrowly escaped, or been irremediably seduced by the devil.

Interpretations of the novella are encumbered, however, by a curious chicken-and-egg scenario. Given the at least superficial resemblance between the spirit world evoked in Le Diable amoureux and the beliefs of the Martinists, critics have long debated whether Cazotte wrote the novella because he was a mystic or attracted the attention of the mystics because he wrote the novella. 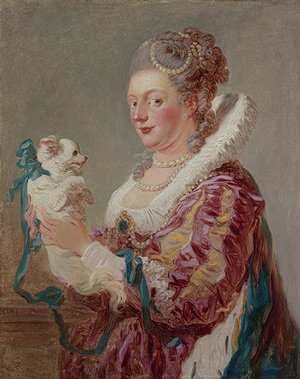 Cazotte's relationship with the Illuminists was ambivalent at best. He joined the Martinists of Lyon in 1777 or 1778, shortly after publishing the final version of his novella. He was affiliated with the order of Martinès de Pasqually, as opposed to the offshoot later headed by his disciple Saint-Martin. Though Saint-Martin expressed disapproval of Cazotte's level of investment in the society, suggesting that he had only a superficial understanding of its doctrines, the two followed a similar trajectory for they eventually left the order to pursue a more internal spirituality predicated upon direct communion with the Creator.

They differed, however, in their views of the Catholic church, to which Cazotte remained faithful, and of the Revolution, to which he was unilaterally opposed. Cazotte renounced his membership three years later and thereafter became somewhat critical of the order, as well as of other Illuminist societies such as the Mesmerists, whom he denounced as charlatans, and the Freemasons, who were openly supportive of the Revolution. Instead, he cultivated a relationship with one Madame de la Croix, who remained his close friend and fellow mystic for the rest of his life. 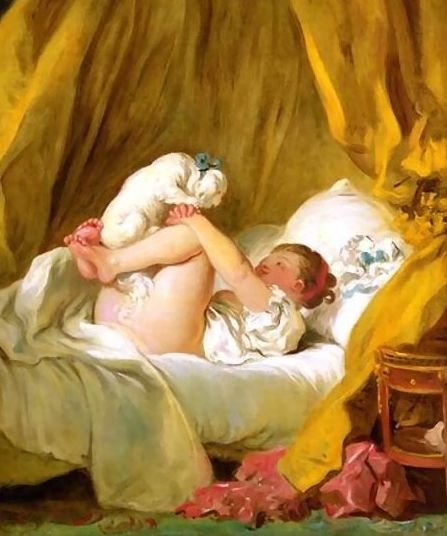 La Harpe's somewhat romanticized account of Cazotte's accurate prediction of his own and others' deaths under the Revolution both attests and contributed to the author's reputation as a visionary.

As Décote suggests, Cazotte's illuminism seems to have been part of a quest for closer spiritual communion with God, his opposition to the Enlightenment and Revolution a resistance to the doubt that such was possible. Regardless of one's interpretation of the relationship between the author's life and works, Le Diable amoureux is situated at the juncture between the marvellous and the fantastic, between satirist and true believer.