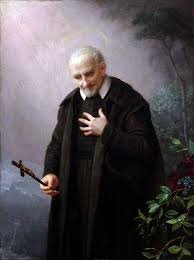 This description was derived from that on Wikipedia

Jean Pierre de Caussade (7 March 1675 – 8 December 1751) was a French Jesuit priest and writer known for his work Abandonment to Divine Providence (also translated as The Sacrament of the Present Moment) and his work with Nuns of the Visitation in Nancy, France.

De Caussade was born in Cahors, Lot, France. He was spiritual director at the Nuns of the Visitation at Nancy, France from 1733 to 1740. During this time and after he left Nancy, he wrote letters of instruction to the nuns that were posthumously-published. 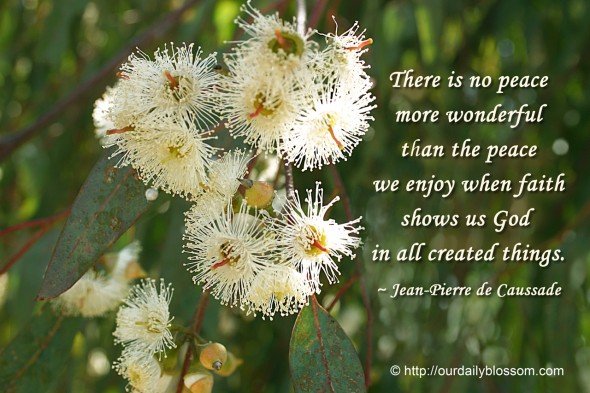 Caussade believed that the present moment is a sacrament from God and that self-abandonment to it and its needs is a holy state – a belief which, at first glance, would appear to be heretical relative to Catholic dogma. In fact, because of this fear (especially with the Church's condemnation of the Quietist movement), Caussade's instructions to the sisters were kept unpublished until 1861, and even then they were edited (by fellow Jesuit Henri Ramière) to protect them from charges of ‘Quietism’. A more authoritative version of these notes was published only in 1966.

He also spent years as preacher in southern and central France, as a college rector (at Perpignan and at Albi), and as the director of theological students at the Jesuit house in Toulouse, which is where he died.

Writers such as Alan Watts have found in Caussade an Occidental, Christian-theological analogue to the Eastern religion of Mahayana Buddhism, particularly Zen Buddhism.