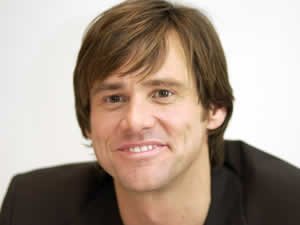 Carrey first gained recognition in 1990 after landing a recurring role in the sketch comedy In Living Color. His first leading roles in major productions came with Ace Ventura: Pet Detective (1994), Dumb and Dumber (1994), The Mask (1994), and Ace Ventura: When Nature Calls (1995). In 1997, he gave a critically acclaimed performance in Liar Liar, which earned him a Golden Globe Award nomination for Best Actor. He then starred in The Truman Show (1998) and Man on the Moon (1999), with each garnering him a Golden Globe Award for Best Actor. 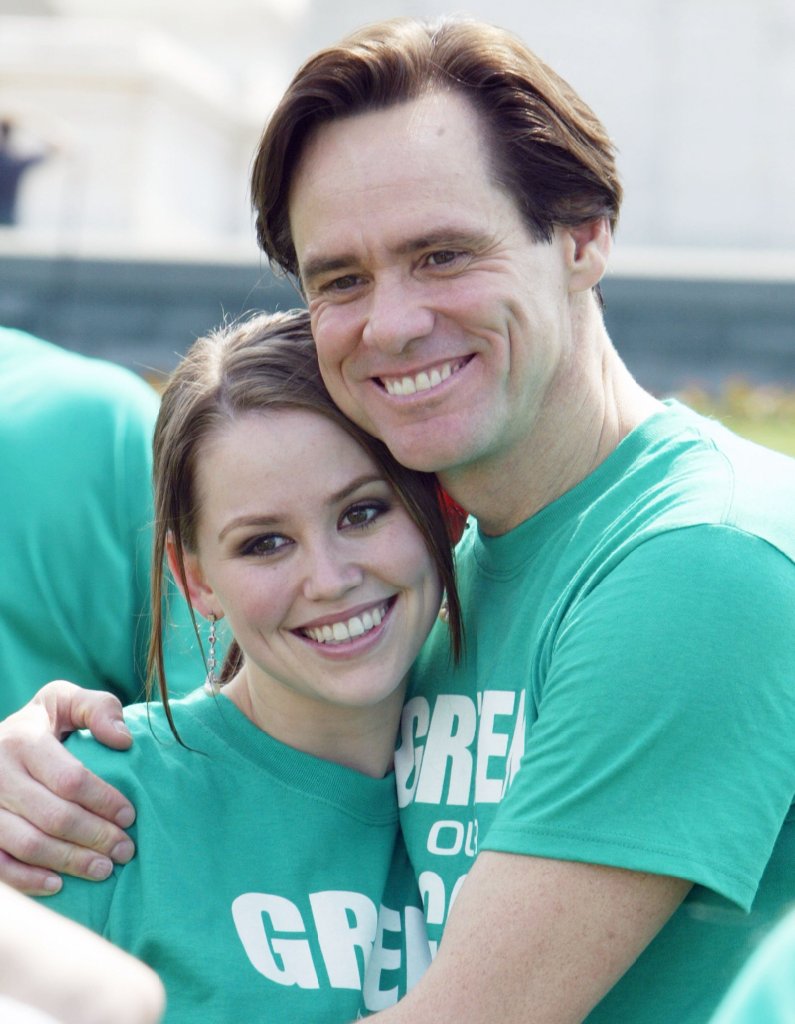 In 2000, he gained further recognition for his portrayal of The Grinch in How the Grinch Stole Christmas and then, in 2003, Bruce Almighty. The following year he starred in Eternal Sunshine of the Spotless Mind (2004), for which he received another Golden Globe nomination in addition to a BAFTA Award nomination. He then starred in Lemony Snicket's A Series of Unfortunate Events (2004), Fun with Dick and Jane (2005), Yes Man (2008) and A Christmas Carol (2009). More recently, he has starred in Mr. Popper's Penguins (2011) and The Incredible Burt Wonderstone (2013).

Practically all his films have been panned by the critics but loved by the public, making them all commercial successes. When Carrey reprised his role as Ace Ventura in Ace Ventura: When Nature Calls, for example, it was heavily criticised by critics, but became a huge box-office success, earning $212 million worldwide in addition to breaking records, with a $40 million opening weekend.

But as with all creative people the labels are meaningless. If you want to give him a label he is a typical right brainer [see Brain split]. His door to perception was opened by numerous childhood shocks and he never looked back. He indeed does have a touch of the manic about him, but then right brainers do – see Paul Gascoigne and Tim Burton as examples. And he has all the same difficulties with relationships and money, and people who take life very seriously – the left brainers – the ones who label him. 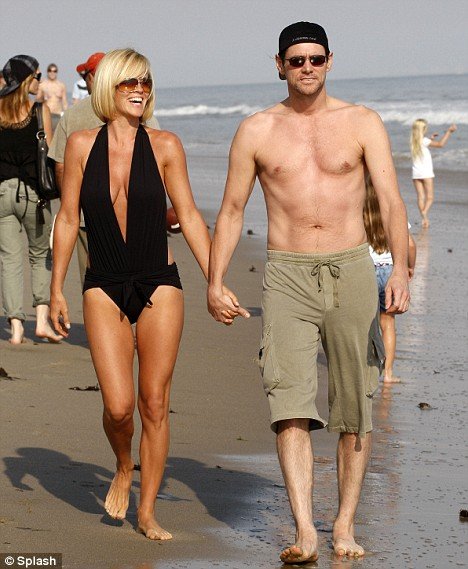 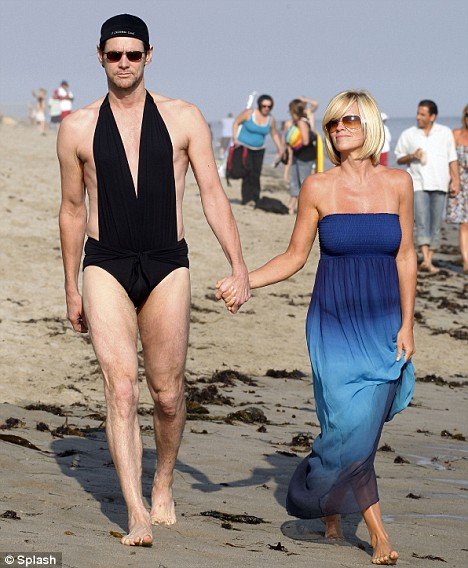 He also shows all the sensitivity and empathy typical of a right brainer. In 2013, he appeared in Kick-Ass 2 as Colonel Stars and Stripes, but retracted support for the movie two months prior to its release. He issued a statement via his Twitter account that, in light of the shootings at Sandy Hook Elementary, "[N]ow in all good conscience I cannot support that level of violence."

He has been misdiagnosed and given medication – Prozac this time – but had the luck and sense to ditch it, eventually deciding to get off medications. He has stated that he no longer takes medications, alcohol or stimulants of any kind, not even coffee. 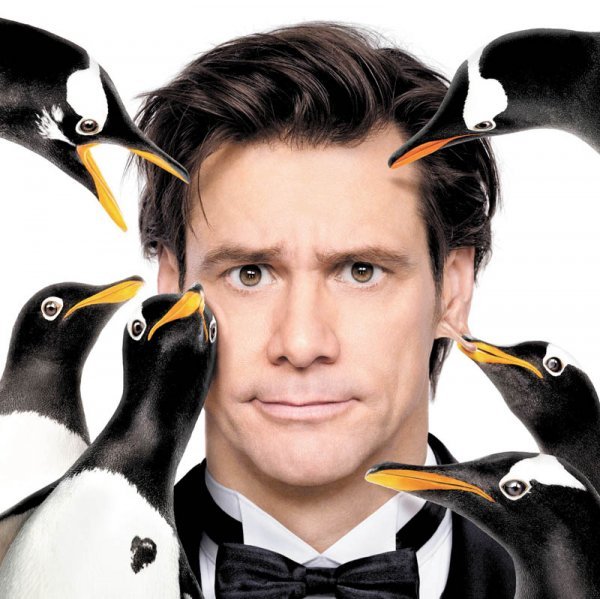 This right brain dominance has also produced a deeply thoughtful and spiritual soul. In March 2013, Carrey announced that he had written a children's book titled Roland Rolls, about a scared wave named Roland. He described it as, "kind of a metaphysical children's story, which deals with a lot of heavy stuff in a really childish way". Carrey self-published the book. At the time I wrote this it had just been released, one Amazon reviewer said:
“The book charmingly and wittily presents the universal truth of humanity's interconnectedness and unity through the metaphor of a wave in the sea. Roland, the wave, is afraid that "one day, when he hits the beach, his life will be over. But when he gets deep, he's struck by the notion that he's not just a wave -- he's the whole big, wide ocean!" Carrey demonstrates his artfulness with the text”.

Carrey is a very capable artist and also musically inclined. On March 25, 2013, he released a parody music video with The Eels through Funny or Die, with Carrey replacing Mark Oliver Everett on vocals. The song and video, titled "Cold Dead Hand" and set as a musical act during the variety program Hee Haw, lampoons American gun culture. 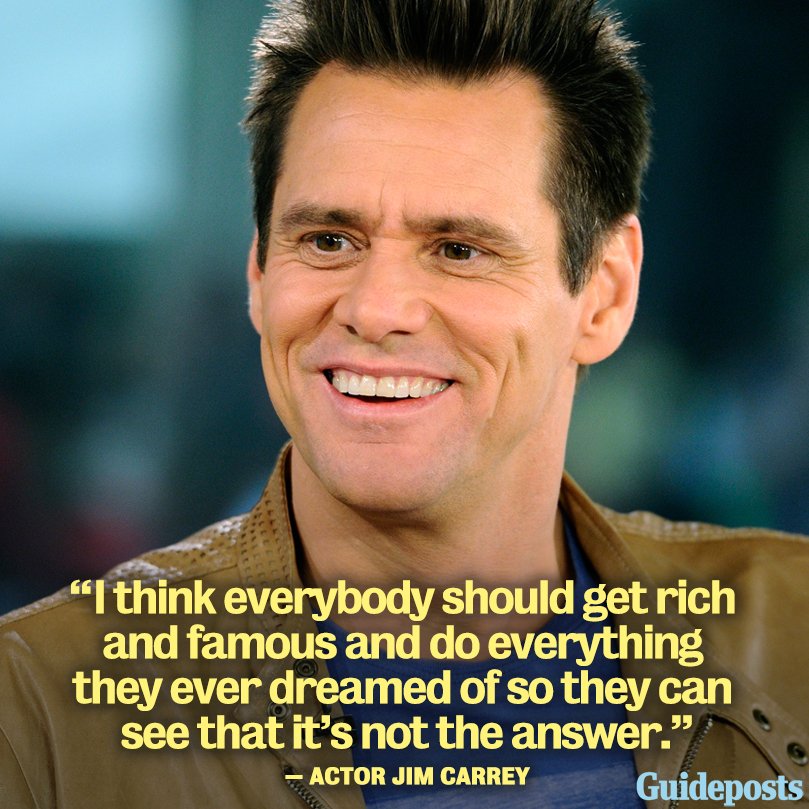 Carrey is also a critic of the scientific consensus that no evidence links the childhood MMR vaccination to the development of autism, and wrote an article questioning the merits of vaccination and vaccine research for the Huffington Post. With former partner Jenny McCarthy, Carrey led a "Green Our Vaccines" march in Washington, D.C., to advocate for the removal of toxins from children's vaccines, out of a belief that children had received "too many vaccines, too soon, many of which are toxic".

Finally, Carrey is a follower and an advocate for 'The Law of Attraction', which is another name for the power of Prayer. He also uses visualisation techniques.