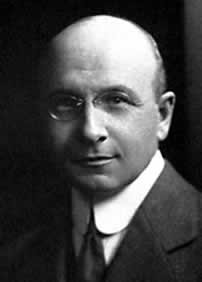 Alexis Carrel (1873 –1944) was a French surgeon and biologist and Nobel Prize winner.

Carrel was raised in a devout Catholic family and was educated by Jesuits, but he had become an agnostic by the time he became a university student.  In 1902, he witnessed the miraculous cure of Marie Bailly at Lourdes,  made famous in part because she named Carrel as a witness of her cure.  This was a turning point in his life and Carrel spent his life promoting spiritualism.  The description of his experience is to be found in The Voyage to Lourdes (1939).  It was this book, however, that resulted in his needing to leave France, as the materialistic sceptic doctors of the day regarded it with disdain.  His reputation floundered and feeling he had no future in academic medicine in France he left.

In 1903 he emigrated to Montreal, Canada, but soon relocated to Chicago, Illinois to work for Hull Laboratory. While there he collaborated with American physician Charles Claude Guthrie in work on vascular suture and the transplantation of blood vessels and organs.  In 1906 he joined the newly-formed Rockefeller Institute of Medical Research in New York where he spent the rest of his career. Carrel was awarded the Nobel Prize in Physiology or Medicine in 1912. 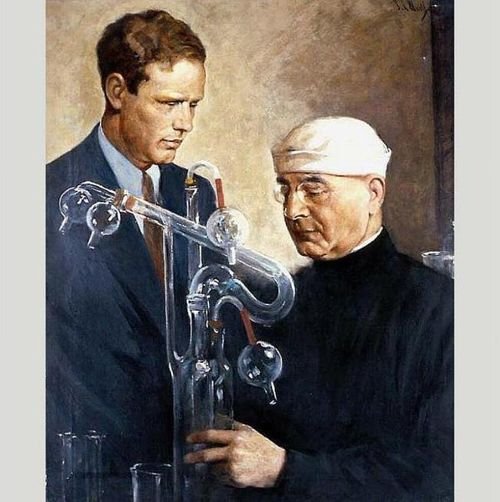 In the 1930s, Carrel and Charles Lindbergh became close friends not only because of the years they worked together but also because they shared personal, political, and social views. Lindbergh initially sought out Carrel to see if his sister-in-law's heart, damaged by rheumatic fever, could be repaired. When Lindburgh saw the crudeness of Carrel's machinery, he offered to build new equipment for the scientist. Eventually they built the first perfusion pump, an invention instrumental to the development of organ transplantation and open heart surgery. Lindbergh considered Carrel his closest friend, and said he would preserve and promote Carrel's ideals after his death.

In 1937, Carrel returned to France and joined Jean Coutrot’s Centre d’Etudes des Problèmes Humains - Coutrot’s aim was to develop what he called an "economic humanism" through "collective thinking."  This venture, however, was to lead Carrel into trouble, for despite its aims,  in 1941, the Vichy government became involved and created  the Fondation Française pour l’Etude des Problèmes Humains (French Foundation for the Study of Human Problems). 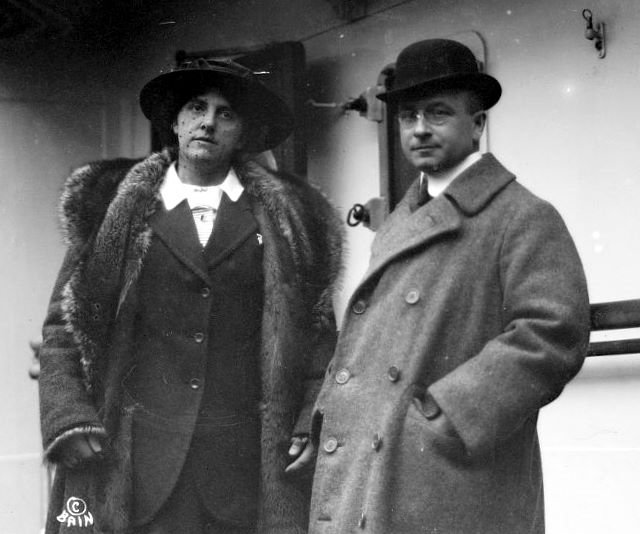 Alexis Carrel with his wife

The Vichy involvement tainted what was otherwise a foundation with very humanitarian aims.  It worked on the fields of occupational medicine, economics, nutrition, habitation, even opinion polls.  The Foundation also, however, got involved in proposals which became law in a December 16, 1942 Act, which today would be regarded as intrusive and sinister  - a "prenuptial certificate" was required for marriage and was awarded after a biological examination which examined the "good health" of the spouses, in particular in regard to sexually transmitted diseases (STD) and "life hygiene".  The intentions may well have been good but their implementation was to add to the Nazi case for eugenics.

"The foundation was chartered as a public institution under the joint supervision of the ministries of finance and public health. It was given financial autonomy and a budget of forty million francs—roughly one franc per inhabitant—a true luxury considering the burdens imposed by the German Occupation on the nation’s resources. By way of comparison, the whole Centre National de la Recherche Scientifique (CNRS) was given a budget of fifty million francs."

So the Foundation was being used and misused for political aims which were anything but humanitarian.  Carrel’s apparent involvement in eugenics policies during Vichy France, led to his being  accused after the Liberation of collaboration along with a great number of other unpleasant things.

By this time however, Carrel had died, one year before the war ended.

This LINK takes you to a full biography from the Nobel prize institute.