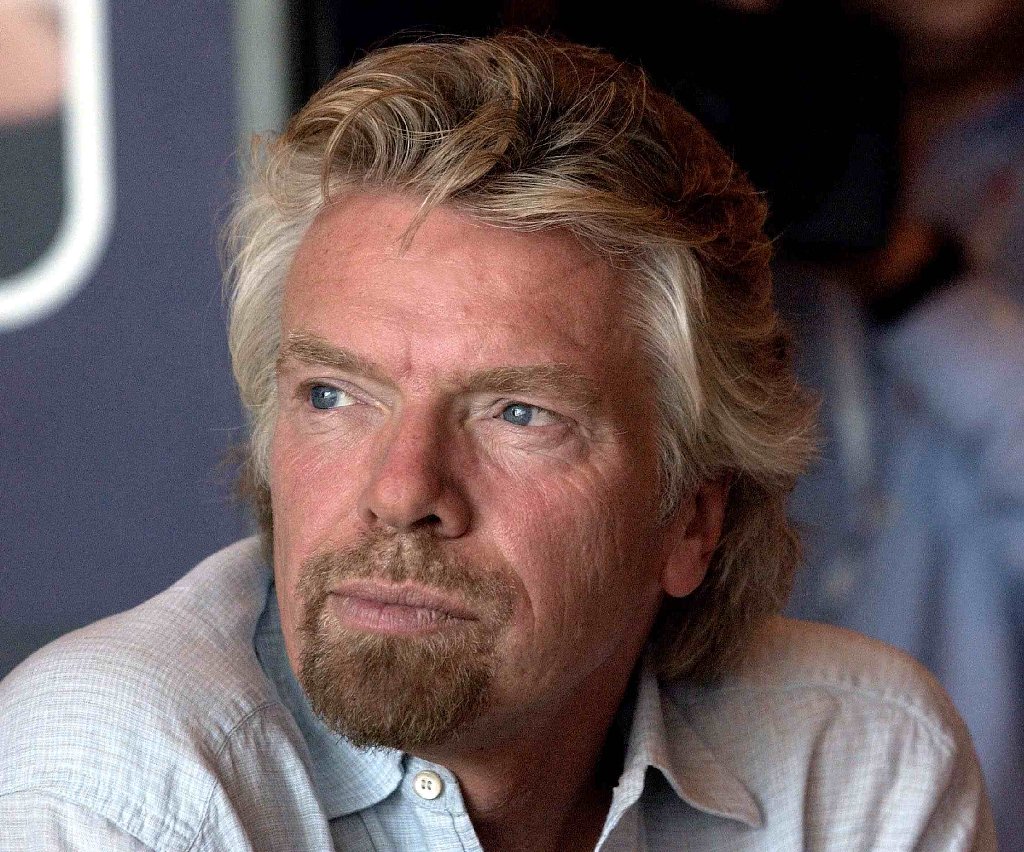 Sir Richard Charles Nicholas Branson (born 18 July 1950) is an English businessman and investor. He is best known as the founder of Virgin Group, which comprises more than 400 companies.

At the age of sixteen his first business venture was a magazine called Student. In 1970, he set up a mail-order record business. In 1972, he opened a chain of record stores, Virgin Records, later known as Virgin Megastores. Branson's Virgin brand grew rapidly during the 1980s, as he set up Virgin Atlantic and expanded the Virgin Records music label.

According to the Forbes 2014 list of billionaires, Branson is the seventh richest citizen of the United Kingdom, with an estimated net worth of US$4.9 billion.

Instead of simply repeating what is on Wikipedia,  I have used  a TED talk, editing the transcript to produce some key points about why Richard succeeded and his personal philosophy.  The points have been grouped around themes, so they have been reordered, but the questions and answers are exactly as they were in the talk. 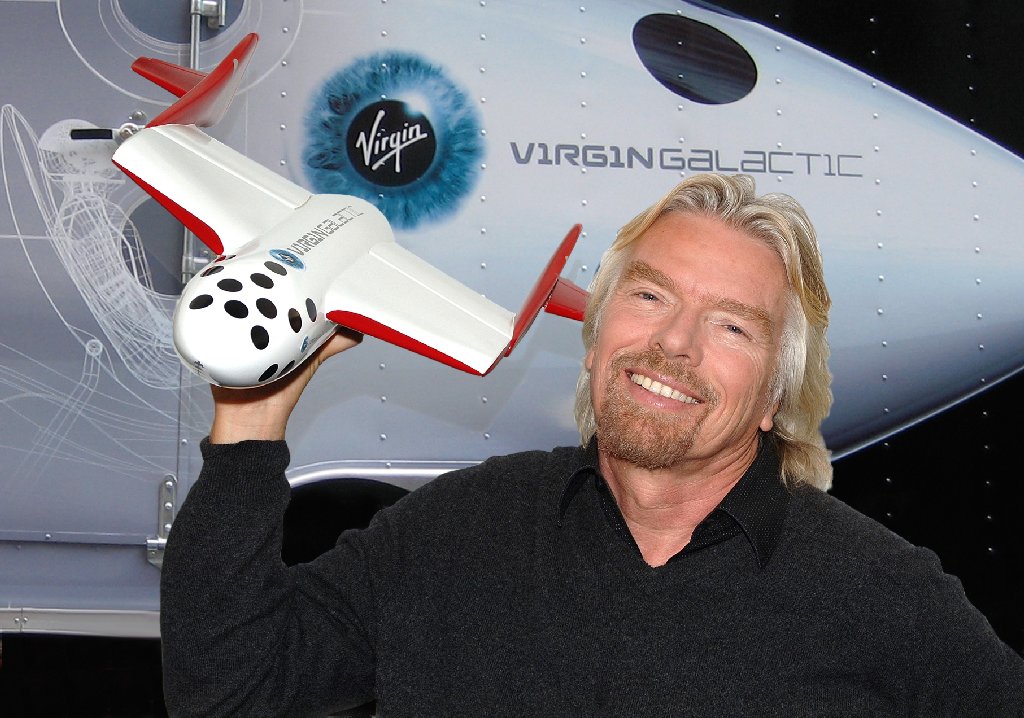 The Virgin group is not a public company it is run for and by the employees, as such although Richard is clearly motivated by the challenges of businesses and forming aggregates, his emphasis is on people, their welfare and their strengths and weaknesses

Richard Branson - Life at 30,000 feet TED2007 · 29:51 · Filmed Mar 2007
CA: So, just help us with some of the numbers. … how big is the group overall? -- what's the total revenue?
RB: It's about 25 billion dollars now, in total.
CA: And how many employees?
RB: About 55,000. ………….Companies are all about finding the right people, inspiring those people, …, drawing out the best in people. …….
CA: … you use the Virgin brand a lot. What does the brand stand for?
RB: We have a lot of fun and I think the people who work for it enjoy it. As I say, we go in and shake up other industries, and I think we do it differently and I think that industries are not quite the same as a result of Virgin attacking the market. 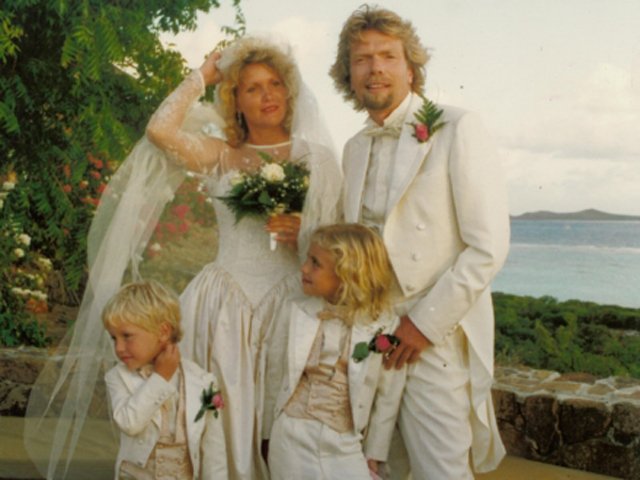 Another thing that appears to inspire Richard is humour

Richard made a valiant attempt to try to move the NHS towards accepting alternative way of healing people instead of the symptom based pharmaceutical driven approach used today.  On 10 January 2008, Branson's Virgin Healthcare announced that it would open a chain of health care clinics that would offer conventional medical care alongside homoeopathic and complementary therapies.

But here he was against truly stiff opposition with the BMA and the NHS to contend with.  In the end he was also competing against the very people he was trying to encourage, those in alternative medicine who already have successful practises;  so this has gone on hold whilst a new strategy is being thought through 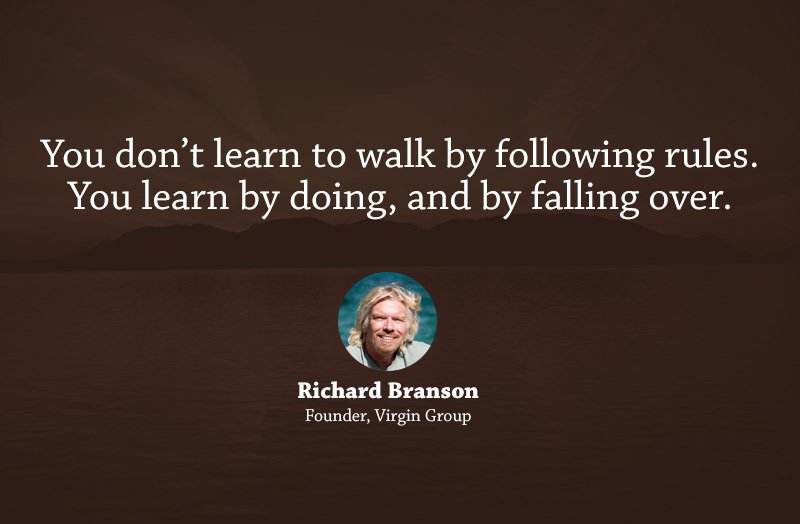 Branson was educated at Scaitcliffe School, a prep school in Berkshire, before briefly attending Cliff View House School in Sussex.  He then attended Stowe School, an independent school in Buckinghamshire.  As far as he is concerned it was largely a waste of time [and money], most of his productive learning is done for a purpose.  Learning for the sake of learning has no meaning, but learning for a reason inspires him

CA - weren't you just terrible at school?
RB: I was dyslexic. I had no understanding of schoolwork whatsoever. I certainly would have failed IQ tests. And it was one of the reasons I left school when I was 15 years old. And if I'm not interested in something, I don't grasp it. As somebody who's dyslexic, you also have some quite bizarre situations, for instance, I've been running the largest group of private companies in Europe, but haven't been able to understand the difference between net and gross. And so the board meetings have been fascinating.
CA: But, at school, as well as doing pretty miserably academically, you were also the captain of the cricket and football teams. So you were a natural leader, but just a bit of a ... Were you a rebel then...
RB: Yeah, I think I was a bit of a maverick -- but I was fortunately good at sport, and so at least I had something to excel at, at school. …………..

RB:. I just love learning and I'm incredibly inquisitive and I love taking on the status quo and trying to turn it upside down. So I've seen life as one long learning process. 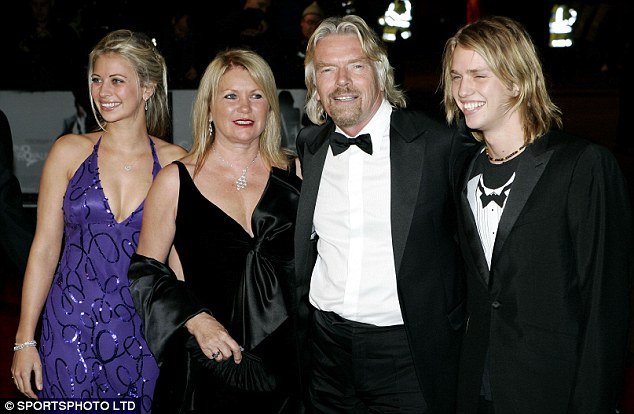 Building an empire has not resulted in Richard losing his sense of values.  If anything the money he has earned has helped him see more of his family than he might otherwise have done if he had had less and had to work away.  There is no such thing as too much love.

Richard Branson - Life at 30,000 feet TED2007 · 29:51 · Filmed Mar 2007
CA: …some bizarre things happened earlier in your life. … there's the story about your mother allegedly dumping you in a field, aged four, and saying "OK, walk home." Did this really happen?
RB: She … felt that we needed to stand on our own two feet from an early age. So she did things to us, which now she'd be arrested for, such as pushing us out of the car, and telling us to find our own way to Granny's, about five miles before we actually got there. And making us go on wonderful, long bike rides. And we were never allowed to watch television.
CA: Do you look at the current generation of kids coming up and think they're too coddled, they don't know what they've got, we're going to raise a generation of privileged ...
RB: No, I think if you're bringing up kids, you just want to smother them with love and praise and enthusiasm. So I don't think you can mollycoddle your kids too much really.
CA: And what about the people who love you what do you think about life balance? How do your family feel about each time you step into something big and new?
RB: I also believe that being a father's incredibly important, so from the time the kids were very young, when they go on holiday, I go on holiday with them. And so we spend a very good sort of three months away together. We're very lucky, we have this tiny little island in the Caribbean and I can take them there and we can bring friends, and we can play together, but I can also keep in touch with what's going on. 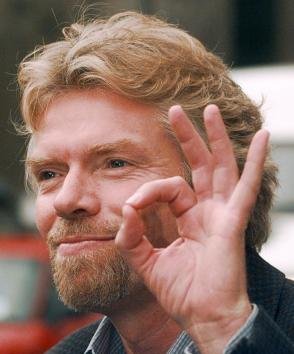 Ethics and morals derive from the simple principle of not hurting anyone to reach your goals.  It is possible, if Richard is an indication, to be extremely successful in business and not hurt, be morally upright.  But, there is an interesting question embedded in the following, which Richard does not answer, because it is a tricky one.

CA: ….is there a dark side? A lot of people would say there's no way that someone could put together this incredible collection of businesses without knifing a few people in the back, doing some ugly things. You've been accused of being ruthless. There was a nasty biography written about you by someone. Is any of it true? Is there an element of truth in it?

RB: I don't actually think that the stereotype of a businessperson treading all over people to get to the top, generally speaking, works. I think if you treat people well, people will come back and come back for more. And I think all you have in life is your reputation and it's a very small world. And I actually think that the best way of becoming a successful business leader is dealing with people fairly and well, and I like to think that's how we run Virgin.

CA: Well, Richard, when I was starting off in business, I knew nothing about it and I thought that business people were supposed to just be ruthless and that that was the only way you could have a chance of succeeding. And you actually did inspire me. I looked at you, I thought, well, he's made it. Maybe there is a different way. So I would like to thank you for that inspiration. 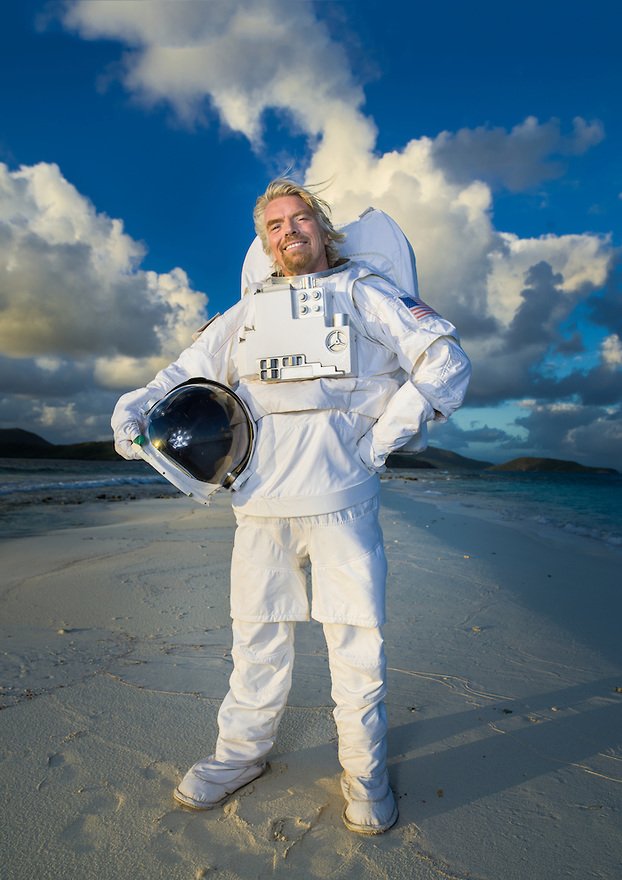 Care of the environment

On 9 February 2007, Branson announced the setting up of a new global science and technology prize—The Virgin Earth Challenge—in the belief that history has shown that prizes of this nature encourage technological advancements for the good of mankind. The Virgin Earth Challenge will award $25 million to the individual or group who are able to demonstrate a commercially viable design that will result in the net removal of anthropogenic, atmospheric greenhouse gases each year for at least ten years without countervailing harmful effects. This removal must have long-term effects and contribute materially to the stability of the Earth's climate. Branson also announced that he would be joined in the adjudication of the prize by a panel of five judges

CA: You started talking in recent years about this term capitalist philanthropy. What is that?

RB: Capitalism has been proven to be a system that works. You know, the alternative, communism, has not worked. But the problem with capitalism is extreme wealth ends up in the hands of a few people, and therefore extreme responsibility, goes with that wealth. And I think it's important that the individuals, who are in that fortunate position, do not end up competing for bigger and bigger boats, and bigger and bigger cars, but use that money to either create new jobs or to tackle issues around the world.
CA: … a lot of cynics say … that this is really … almost driven by some sort of desire again, for the right image, for guilt avoidance and not like a real philanthropic instinct. What would you say to them?
RB: I think that people do things for a whole variety of different reasons and I think that when I'm on me deathbed, I will want to feel that I've made a difference to other people's lives. And that may be a selfish thing to think, but it's the way I've been brought up. I think if I'm in a position to radically change other people's lives for the better, I should do so.


Love is all there is.