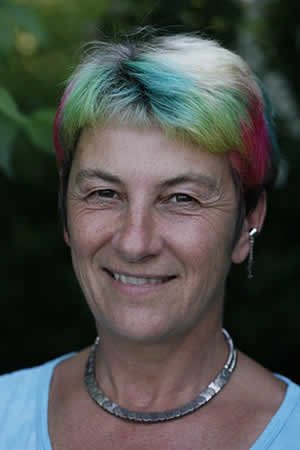 Susan Jane Blackmore (born 29 July 1951) is an English freelance writer, lecturer, and broadcaster on psychology and the paranormal.

In 1973, Susan Blackmore graduated from St Hilda's College, Oxford, with a BA (Hons) degree in psychology and physiology. She went on to do postgraduate study in environmental psychology at the University of Surrey, achieving an MSc degree in 1974. In 1980, she got her PhD degree in parapsychology from the same university, her thesis being entitled "Extrasensory Perception as a Cognitive Process."

Sadly, after some period of time spent in research on parapsychology and the paranormal,  her attitude towards the field has moved from belief to scepticism.  I’m afraid this is probably inevitable if you concentrate the whole time on the idea of the spiritual world being somehow paranormal or supernatural.  Nature is the spiritual world.  But she did have an out of body experience which is why she is on this site.

She is a Fellow of the Committee for the Scientific Investigation of Claims of the Paranormal (CSICOP) and in 1991 was awarded the CSICOP Distinguished Skeptic Award.  I presume the experience she had was the only one and the intellect has taken over.  One can only assume she never dreams either or has moments of inspiration or wisdom and has never used so called alternative medicine.  This means that she uses her intellect and reasoning power alone to get ideas and does not rely on 'help', a very tiring process.

Blackmore was diagnosed with chronic fatigue syndrome in 1995.

Susan  is an 'active practitioner of Zen', although she identifies herself as "not a Buddhist". She is also an atheist who has criticised religion sharply, having said, for instance, that "all kinds of infectious memes thrive in religions, in spite of being false, such as the idea of a creator god, virgin births, the subservience of women, transubstantiation, and many more. In the major religions, they are backed up by admonitions to have faith not doubt, and by untestable but ferocious rewards and punishments."

She is married to the writer Adam Hart-Davis.