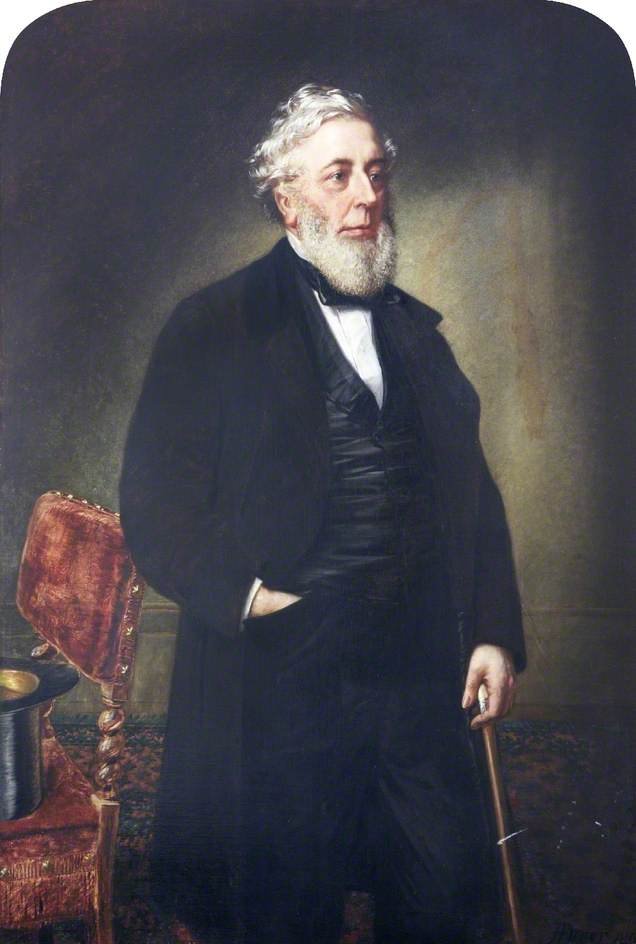 Born in the town of Moretonhampstead, Devon, England, he displayed a natural skill at calculation from an early age.

Many of those who saw him, developed an interest in his education, a notable example being Sir John Herschel. Herschel's interest led him to arrange for George to be sent to school in Camberwell.

There he did not remain long, being removed by his father, who wished to exhibit him again, but he was saved from this misfortune and attended classes at the University of Edinburgh, largely through the kindness of Sir Henry Jardine, to whom he subsequently showed his gratitude by founding a "Jardine Bursary" at the university.

On leaving university in 1824 he received a post in the Ordnance survey, but gradually shifted into engineering work. In 1834 Robert Stephenson, whose acquaintance he had made in Edinburgh, offered him an appointment on the London & Birmingham Railway, and in the succeeding year or two he began to assist George Stephenson in his parliamentary work, which at that time included schemes for railways between London and Brighton and between Manchester and Rugby via the Potteries. In this way he was introduced to engineering and parliamentary practice at a period of great activity which saw the establishment of the main features and principles that have since governed English railway construction. 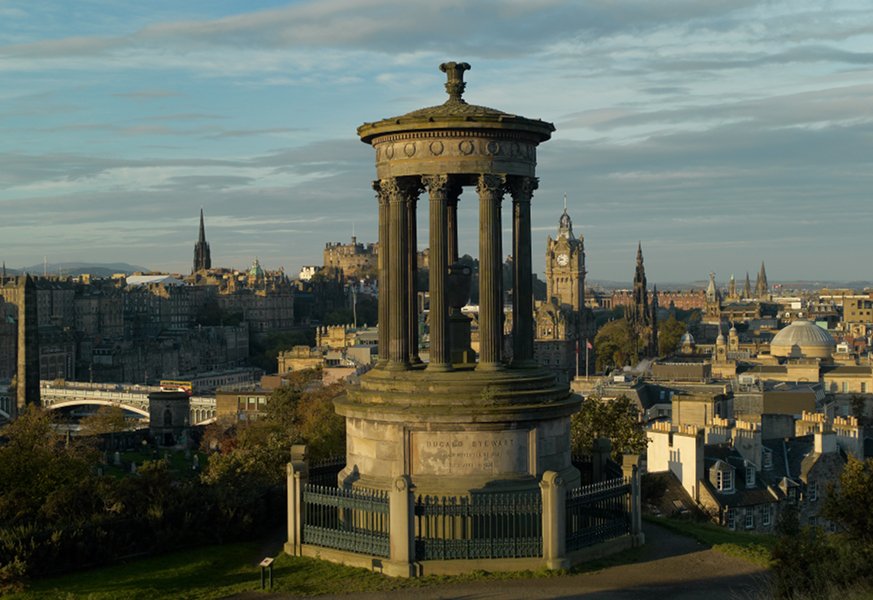 His powers of mental calculation frequently stood him in good stead, as when, for example, an apparently casual glance at the plans of a railway enabled him to point out errors in the engineering data that were sufficient to secure rejection of the scheme. In consequence there was scarcely an engineering proposal of any importance brought before parliament in connection with which his services were not secured by one party or the other.

In 1837 he was engaged with R. Stephenson in building the Blackwall railway, and it was he who designed the peculiar method of disconnecting a carriage at each station while the rest of the train went on without stopping, which was employed in the early days of that line when it was worked by means of a cable. Another series of railways with which he had much to do were those in the eastern counties which afterwards became the Great Eastern system. 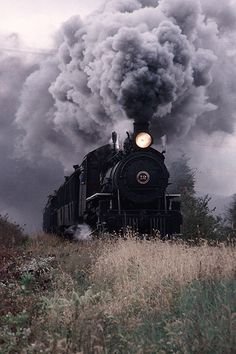 He also advised on the construction of the Belgian railways; with R. Stephenson he made the first railway in Norway, from Christiania to Eidsvold; he was engineer-in-chief of the Danish railways, and he was largely concerned with railways in India, where he strongly and successfully opposed break of gauge on through routes.

Though he sometimes spoke of himself as a mere "railway-engineer," he was in reality very much more; there was indeed no branch of engineering in which he did not take an interest, as was shown by the assiduity with which for half a century he attended the weekly meetings of the Institution of Civil Engineers, of which he was elected president in 1860.

He was also "one of the first to recognize the value of the electric telegraph." That invention was in its infancy when, in 1837, jointly with R. Stephenson, he recommended its introduction on a portion of the London & Birmingham and on the Blackwall lines, while three years later he advised that it should be adopted to facilitate the working of the single line between Norwich and Yarmouth. He was also one of the founders of the Electric Telegraph Company, which enabled the public generally to enjoy the benefits of telegraphic communication. 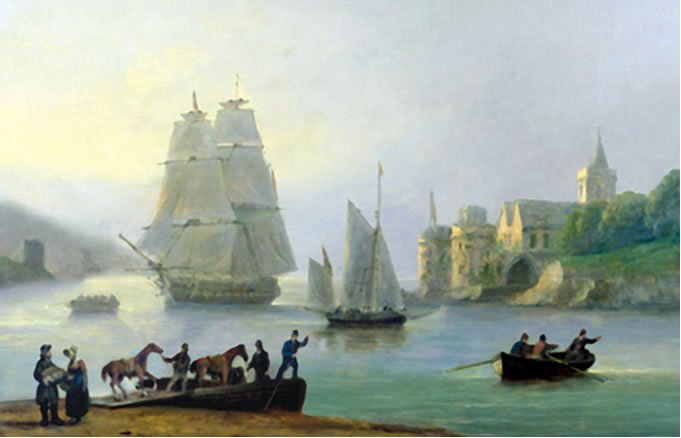 A brig entering Dartmouth with a ferry in the foreground.
Thomas Luny 1759-1837 Bridgeman Art Library

In hydraulic engineering, he was the designer of the Victoria Docks (London), being responsible not only for their construction, but also for what was regarded by some people at the time as the foolish idea of utilizing the Essex marshes for dock accommodation on a large scale. His advice was frequently sought by the government on points both of naval and military engineering.

Bidder also investigated the practicality of steam trawlers in conjunction with Samuel Lake, also of Dartmouth, and proved to be a technical success, but not at that time to be commercially viable.

Bidder died at Dartmouth, Devon on 20 September 1878 and was buried at Stoke Fleming.