The Bhagavata Purana (Devanagari: भागवतपुराण, also known as Srimad Bhagavata Maha Purana, Srimad Bhagavatam or Bhagavata, literally meaning Divine-Eternal tales of Supreme God) is one of the maha (prefix meaning great) Puranic texts of Hinduism.  It is widely recognized as the best known and most influential of the Puranas, and is sometimes referred to as the "Fifth Veda".   It is unique in Indian religious literature for its emphasis on the practice of bhakti.  It is also the source for many of the popular stories of Krishna's childhood told for centuries in the Indian subcontinent.  The Bhagavata Purana was the first Purana to be translated into a European language.

Like all Puranas, the Bhagavata is a product of oral tradition, its extant version usually dated to the 9th or 10th century CE. The tradition of the Vaishnava scholars of the text puts it contemporary with the date of Krishna's birth. But dating any text like this creates problems:

“The Puranas are a type of traditional Hindu text that took form during the medieval period, often both informed by earlier material and undergoing later interpolations. It is therefore problematic to assign a precise date to any such text. The Bhagavata Purana itself is a typical case, a text transformed by oral tradition which reached its "basic final shape" at some stage during the Indian Middle Ages“.

There is also ongoing debate about its very early oral origins, for example

“The Bhagavata Purana contains apparent references to the South Indian Alvar saints and it makes a post factum prophecy of the spread of Vishnu worship in Tamil country (BP XI.5.38–40); these facts, along with its emphasis on "emotional Bhakti to Krishna" and the "Advaita philosophy of Sankara", lead many scholars to trace its origins to South India”. 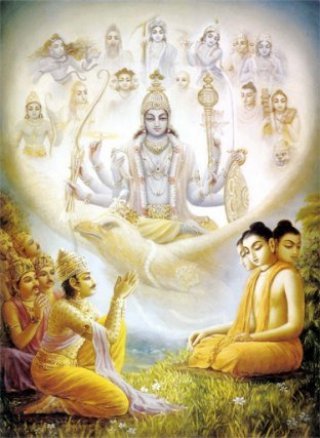 The Bhagavata principally describes the life of Krishna. The tenth book (or canto), which is dedicated to Krishna, takes up about one quarter of the entire Bhagavata and includes a comprehensive collection of stories about the life of Krishna. This tenth book, dedicated as it is to Krishna, is responsible for the widespread popularity of the Bhagavata Purana. Book Ten includes the most enduring images and stories of Krishna: the mischievous child who steals butter; the godlike child who holds the entire universe within himself; the boy who can slay demons and move an entire mountain with one finger; the cowherd who is the love of all the gopis, making them leave all their duties to follow him.  While the Mahabharata and the Bhagavad Gita show Krishna in various roles as teacher and diplomat, book 10 shows Krishna in a more human role.

The rest of the text itself credits Veda Vyasa with its authorship and the Bhagavata takes the form of a story recounting Vyasa's work being recited for the first time by his son Shuka to the dying King Parikshit, who owes his life to Krishna. Longing to hear of Krishna before he dies, Parikshit hears the Bhagavata recited by Shuka, including questions by the king and replies by the sage, over the course of seven days.

It is worth noting that it was Veda Vyasa who re-edited the vedas, which was originally a single unit, into four units Rig, Sama, Yajur and Atharva, so he has been an influential editor of a number of key Hindu texts not just the Bhagavata.  Vyasa is also said to be the author of the Mahabharata.  There is a story that Vyasa wrote the Bhagavata Purana on advice from the sage Narada.

But of importance is the fact that the Bhagavata is a bhakti text, with instruction in the practice of bhakti, an analysis of bhakti, and descriptions of the different types of bhakti.  In Hinduism and Buddhism, "Bhakti" (also spelled Bhakthi;Tamil:பக்தி Sanskrit: भक्ति) is a term meaning "portion, share", from the root bhaj- "to partake in, to receive one's share".  Although often misinterpreted, it means being able to get spiritual experience in this lifetime, and to be allowed to follow the spiritual path, with an emphasis on achieving moksha and nirvana.  So it is in some senses a practical manual for those on the spiritual path.

“The Bhagavata is among the most important texts on bhakti, presenting a fully developed teaching on bhakti that originated with the Bhagavad Gita. Bhakti is presented as a path of yoga, or "union with the divine". Many of the bhakti teachings in the Bhagavata are presented as yogic activities ….While classical yoga attempts to shut down the mind and senses, the Bhakti Yoga in the Bhagavata teaches that the focus of the mind is transformed by filling the mind with thoughts of Krishna” 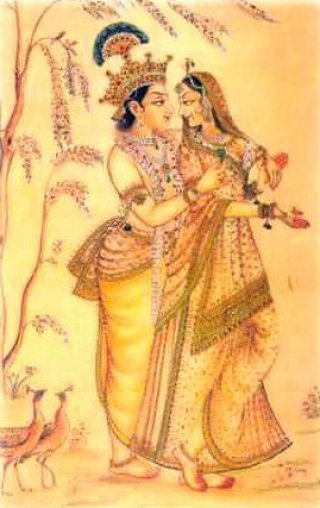 Thus the principal method is a form of Love with Visualisation.  But it is supplemented with “didactic philosophical passages and lengthy narrative stories”, which in many ways cover the activities in the Suppression section of this website.

The Bhagavata is also refreshingly free of much of the dogma that has dogged the Hindu religion, it states for example that caste is unimportant  “a Chandala who has deep faith and devotion is dearer to God than a Brahmin without faith”. (III.33.7) It also rejects the superiority of the Brahmin based solely on birth. In the Bhagavata, devotees of Krishna include those from lower castes: Prahlad, considered the greatest of devotees, is of 'low birth'; the gopis are uneducated wives of herdsman, yet are very close to Krishna. The Bhagavata is also critical of the trappings of wealth, going as far as implying that only the poor can be true followers of bhakti. In one passage, Krishna says to Rukmini, "We are poor and we are always the favourites of poor persons." (X.60.14).  It is remarkably similar in some ways to the teachings of Jesus and was and is popular for much the same reasons – heaven is accessible to all regardless of caste, colour, sex or social status.

The Bhagavata frequently discusses the merging of the individual soul with the Absolute Brahman, or "the return of Brahman into His own true nature".  This has confused many scholars used to more simplistic theologies, saying it “combines the seemingly contradictory beliefs of a personal God that can be worshiped with a God that is immanent in creation and in one's own self”.   But this concept is remarkably spiritual in concept, combining as it does the idea of a Higher spirit – a little chip off the block- and Love with Visualisation of all that Higher spirit is – both part of you, but part of the whole.

The Bhagavata also extends the concept of dharma.  There is still the moral code that emphasizes ahimsa (don’t hurt), but the Bhagavata also considers dharma to consist of sincere worship and devotion without any ulterior motive. This, to any person who is deluded enough that they think the gods exist as a sort of service industry for mankind, probably comes as something of a shock and it rather negates the scholars view that the Bhagavata is about a personal God.  It isn’t.  The method is Love with Visualisation, and it is this method that is key.  “Such worship is said to cleanse the spirit of all impurities to reveal man's nature as part of the absolute, leading to supreme bliss”. 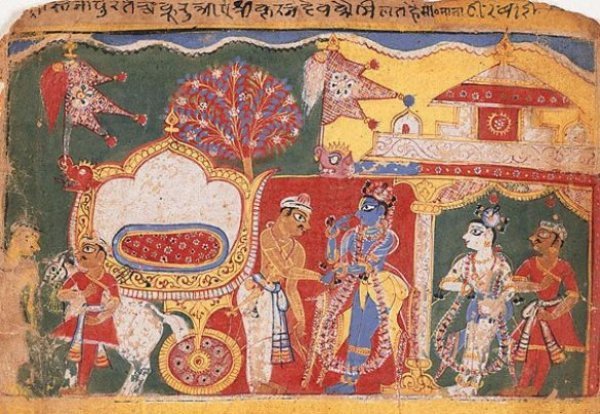 The full text can be found on a number of websites but this LINK takes you to a site with the text in Sanskrit, English and Dutch.