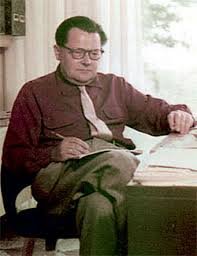 Karl Ludwig von Bertalanffy (September 19, 1901 – June 12, 1972) was an Austrian biologist known as one of the founders of general systems theory (GST). His work greatly influenced computer system work, but his theories are as applicable to biology and the systems of the universe as they are to man made systems. His mathematical model of an organism's growth over time, published in 1934, is still in use today.

Totally lost since he developed his theories, is the recognition that he and all his fellow researchers, acknowledged the existence of a system of the universe – in effect, the universe is not just 'hardware' as current materialistic thinking implies, but there is 'software' too – spirit.

The general system theory (GST) “emphasises holism over reductionism, organism over mechanism”.  In essence, whatever the aggregate being studied, the entire aggregate with its functions is studied rather than its constituent parts in what became known in computer system work as ‘top down analysis’.  [As opposed to bottom up analysis].

Only the functions are examined, not the means by which they are implemented.  In computer work this has proved absolutely key and has contributed to many major advances in man-made systems.  ‘What is it the system must do?’ and not ‘how is this to be achieved?’  In computers the ‘what’ is called systems analysis and the ‘how’ is then system design and includes hardware, design, program design and computer language choice.

But all biological and natural systems can be analysed in much the same way.  ‘What are this organism’s functions?’ and then ‘how are they implemented?’

In both cases, one can analyse the functions by starting at a system level and breaking down the functions into smaller units of functionality.  Within computing, his ideas evolved to become diagrams known as the ‘function hierarchy’, which showed the breakdown into progressively lower levels of detail, along with diagrams known as function dependency diagrams and data flow diagrams.

The impact within computers has been extraordinary and a myriad of books and packages evolved to support the methods that sprung up essentially from his ideas.  They are also present in the better theories surrounding robotics – the model of man, made more efficient.  Again, 'what do we want to do?' and then 'how can we support these functions?'  This is why the robots that make cars do not look like human beings.  The 'how' part – the design of the supporting mechanism is a creative activity based on what machines are needed and capable of.

There is a view in computing and robotics that the number of functions remains relatively stable, whereas we have been evolving and creative far more in the area of the mechanisms used to support the functions.  Outside the area of computing, the one function ’to enable man [or men] to fly’, for example, has produced a host of design solutions. 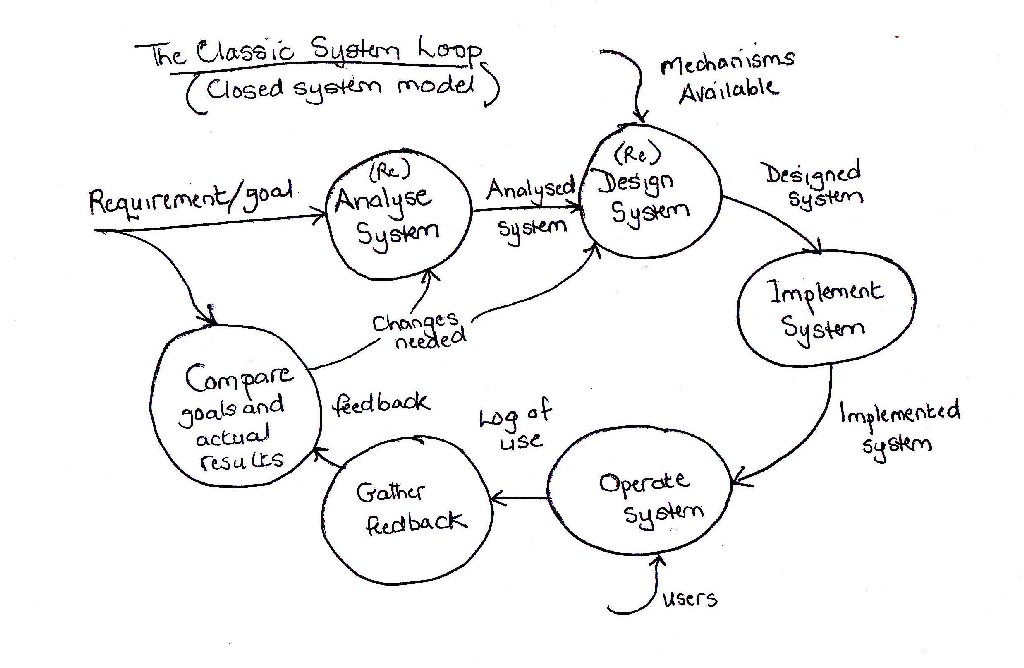 One area of his theory which desperately needs reviving is that of the feedback loop.  That a system once designed MUST have a means of monitoring that is used to see whether the design [and analysis] is working and the objectives being met.

The systems theory taught in universities in the ‘60s in the UK laid great emphasis on the need for this ‘closed loop’ form of design.  Sadly not only is this not a part of any mathematics or logic course we know of, but it is in dire need in all public service systems.  To a certain extent competition provides the feedback in commercial systems, but in government systems and those of medicine there is nothing.  The eHealthme system in the USA is a wonderful example of a system set up by far sighted individuals to ‘close the loop’.  Adverse drug reports are collected and analysed and for the first time the medical profession are being monitored.

There has been considerable discussion as to whether biological systems are closed or open systems.  They are open if you are a materialist, but to anyone with spiritual beliefs, biological systems are also closed systems; that evolution is in fact controlled by Intelligences that are species based and use the perceptions of everything physical under their jurisdiction to monitor the design of their organisms.

In effect, there is only one general systems theory, it is a closed loop theory, but in biological systems the feedback is spiritual not physical.

There is no doubt that mechanistic reduction is a very successful way of exploring some aspects of the world.  Yet each time science attempts once and for all to exorcise the persistent ghost in the mechanisms, it seems to pop up somewhere else.

Arthur Koestler carries on with his guerrilla war against all attempts to reduce life to the level of conditioned reflexes and an increasing number of life scientists are joining him in expressing dissatisfaction with purely mechanical explanations.

Ludwig von Bertalanffy of the University of New York notes that if we had not made the initial mistake of thinking of organisms as machines, the ghost probably wouldn’t have appeared in the first place. 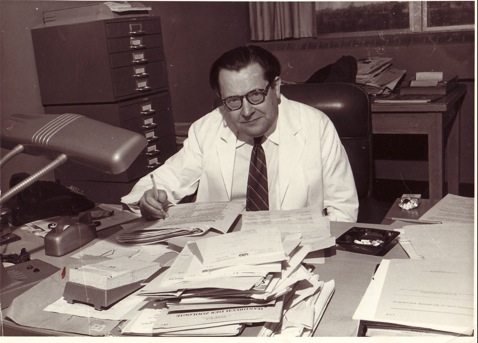 Ludwig Von Bertalanffy grew up in Austria and subsequently worked in Vienna, London, Canada and the USA.

He was born and grew up in the little village of Atzgersdorf (now Liesing) near Vienna. Ludwig's mother Charlotte Vogel was seventeen when she married the thirty-four-year-old Gustav. They divorced when Ludwig was ten, and both remarried outside the Catholic Church in civil ceremonies.  Ludwig von Bertalanffy grew up as an only child educated at home by private tutors until he was ten. When he went to the gymnasium/grammar school he was already well trained in self study, and kept studying on his own. His neighbour, the famous biologist Paul Kammerer, became a mentor.

In 1918 he started his studies at the university level with philosophy and art history, first at the University of Innsbruck and then at the University of Vienna. Ultimately, Bertalanffy had to make a choice between studying philosophy of science and biology, and chose the latter because, according to him, one could always become a philosopher later, but not a biologist. In 1926 he finished his PhD thesis : Fechner and the problem of integration of higher order on the work of Gustav Theodor Fechner.

Von Bertalanffy met his future wife Maria in April 1924 in the Austrian Alps, and they were almost never apart for the next forty-eight years. She wanted to finish studying but never did, instead devoting her life to Bertalanffy's career. Later in Canada, she would work both for him and with him in his career, and after his death she compiled two of Bertalanffy's last works.