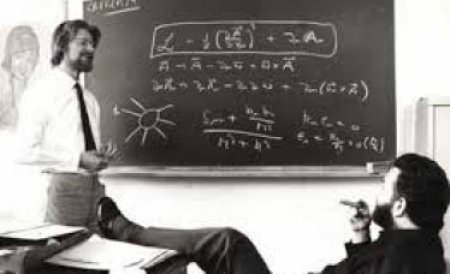 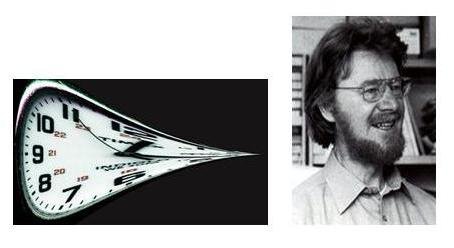 John Stewart Bell FRS (1928 –1990) was an Irish physicist, and the originator of Bell's theorem, a significant theorem in quantum physics regarding hidden variable theories.

John Bell was born in Belfast, Northern Ireland. When he was 11 years old, he decided to be a scientist, and at 16 graduated from Belfast Technical High School. Bell then attended the Queen's University of Belfast, and obtained a bachelor's degree in experimental physics in 1948, and one in mathematical physics a year later.
He went on to complete a Ph.D. in physics at the University of Birmingham in 1956, specialising in nuclear physics and quantum field theory.
In 1954, he married Mary Ross, also a physicist, whom he had met while working on accelerator physics at Malvern, UK.
Bell's career began with the UK Atomic Energy Research Establishment, near Harwell, Oxfordshire, known as AERE or Harwell Laboratory. After several years he moved to work for the European Council for Nuclear Research (CERN, Conseil Européen pour la Recherche Nucléaire), in Geneva, Switzerland. Here he worked almost exclusively on theoretical particle physics and on accelerator design, but found time to pursue a major avocation, investigating the foundations of quantum theory.
He was elected a Foreign Honorary Member of the American Academy of Arts and Sciences in 1987. Also of significance during his career, Bell, together with John Bradbury Sykes, M. J. Kearsley, and W. H. Reid, translated several of the famous ten volume Course of Theoretical Physics of Lev Landau and Evgeny Lifshitz, making these works available to a vast English speaking audience in impeccable translation, all of which remain in print. [Wikipedia]

Bell died unexpectedly of a cerebral hemorrhage in Geneva in 1990. Unbeknownst to Bell, that year he had been nominated for a Nobel prize (which is never awarded posthumously).