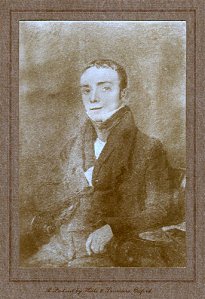 Thomas Lovell Beddoes (30 June 1803 – 26 January 1849) was an English poet, dramatist and physician, educated at Charterhouse and Pembroke College, Oxford. As a dramatist he was not without critics:

“Critics have faulted Beddoes as a dramatist. His plots are convoluted, and such was his obsession with the questions posed by death that his characters lack individuation; they all struggle with the same ideas that vexed Beddoes.”

But his poetry is lovely. Some of his short poems "If there were dreams to sell," and "If thou wilt ease thine heart," have been described as “ masterpieces of intense feeling exquisitely expressed”

What marks his work out, is Beddoes' constant preoccupation with death and spirituality. In 1824, he went to Göttingen to study medicine, motivated by his hope of discovering physical evidence of a human spirit which survives the death of the body. He was expelled, and then went to Würzburg to complete his training. He then wandered about practising his profession, and “expounding democratic theories which got him into trouble”. He was deported from Bavaria in 1833, and had to leave Zürich, where he had settled, in 1840.

It is clear he became gradually more lonely and depressed. He appears to have suffered from real depression and during depression inspiration and spiritual input dry up. Beddoes did continue to write, but published nothing.

He led an itinerant life after leaving Switzerland, returning to England only in 1846, before going back to Germany. He became increasingly disturbed, and committed suicide by poison at Basel, in 1849, at the age of 45.

His Collected Poems were published in 1851.