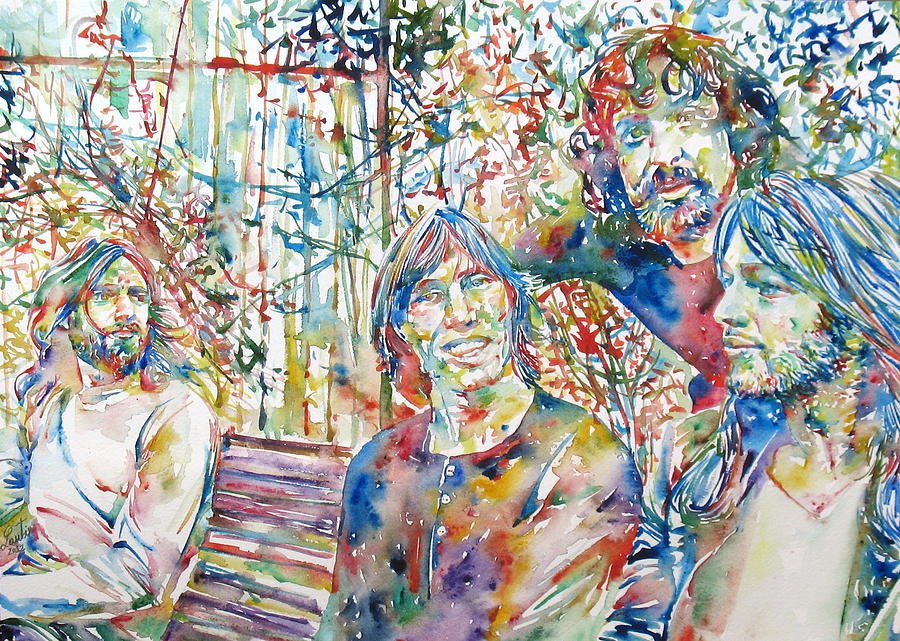 Pink Floyd At The Park Watercolor Portrait by Fabrizio Cassetta

Roger Keith "Syd" Barrett (1946 – 2006) was an English singer, songwriter, guitarist, and painter, best remembered as a founder member of the band Pink Floyd. He was the lead vocalist, guitarist, and primary songwriter during the band's early years, providing major musical and stylistic direction in their work.

Founded in 1965, Pink Floyd originally consisted of  Syd Barrett,  Nick Mason, Roger Waters, and Richard Wright. Under Barrett's creative leadership they released two charting singles [Arnold Layne, See Emily Play] and a successful debut album – Piper at the Gates of Dawn. Barrett came up with the name Pink Floyd for the group.  There are some sensible, logical stories told about how he devised the name, but I prefer the one he told - that the name was transmitted to him by a flying saucer while he was sitting on Glastonbury Tor.  To me this sounds much more likely. 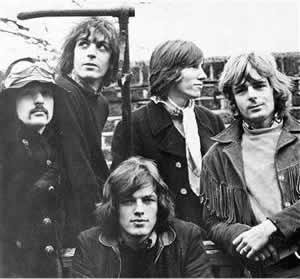 Whilst the inspiration for Pink Floyd's, and particularly Roger Waters', later music appears to have been derived principally from LSD, cannabis and marijuana, and their gradual self destruction as a group caused by much the same thing, Syd Barrett's ability was inherited and part of him from the start. Roger Barrett's father - a prominent pathologist - and mother were both musically inclined.  As a young boy, Roger too was musically and artistically gifted.  He played the piano, the ukelele, banjo and then the guitar. 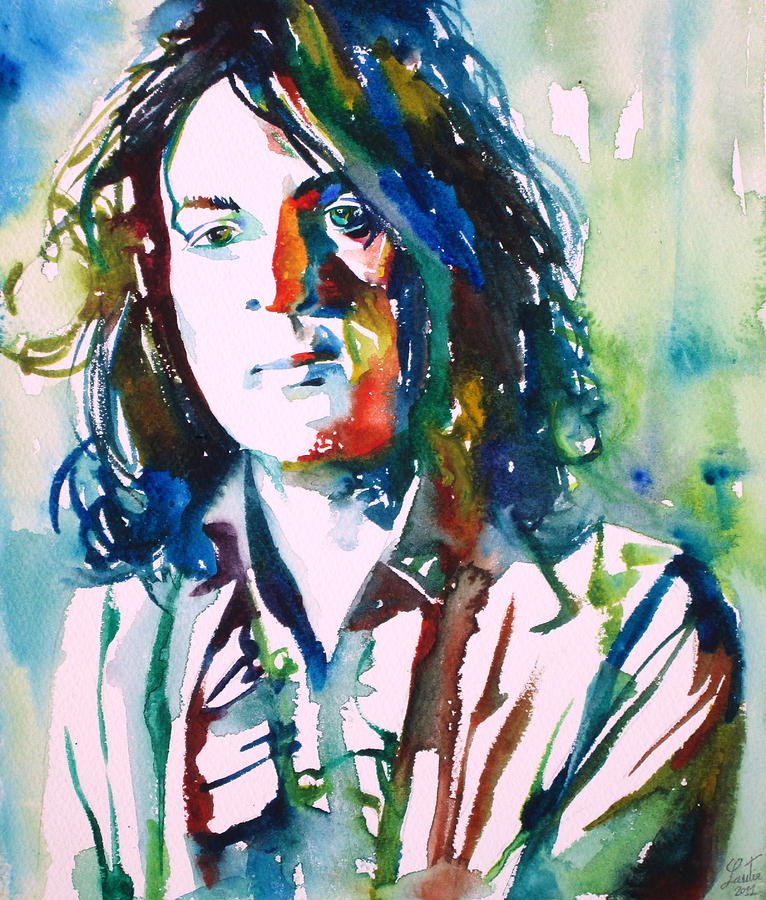 Roger's father died of cancer on 11 December 1961, less than a month before Barrett's 16th birthday. On this day, shocked and traumatised, Barrett  left the entry in his diary blank.  In an attempt  to help her son recover from his grief, Barrett's mother encouraged the band in which he played.  Thus grief was the driver to his early inspiration and 'opened the door' for him.

He sounds a really nice lad.  Mason said this about Barrett: "In a period when everyone was being cool in a very adolescent, self-conscious way, Syd was unfashionably outgoing; my enduring memory of our first encounter is the fact that he bothered to come up and introduce himself to me."  Barrett's performances were also open, uninhibited and enthusiastic, "leaping around ... madness ... improvisation ... [inspired] to get past his limitations and into areas that were ... very interesting. Which none of the others could do".  When the band performed on the BBC's Look of the Week, both Waters and Barrett, were “erudite and engaging when faced with tough questioning from Hans Keller”.

But he then took LSD – an overload mechanism which was totally unnecessary given his personality and abilities, and the LSD destroyed him.  He became as a consequence mentally ill and was reported variously as suffering from bipolar disorder, schizophrenia,  and any number of other syndromes doctors have dreamed up which actually mean he damaged his brain – he had brain damage from the overload of the drug.  LSD poisoned him.

By the end of 1965,  all the members of Pink Floyd were taking LSD. In one period of experimentation, Barrett and another friend, Paul Charrier, ended up naked in the bath, reciting: "No rules, no rules".

By early 1967, Barratt was regularly using LSD, and Mason described him as "completely distanced from everything going on".  By 1968, Barrett's mental breakdown was  causing serious concern. The group initially hoped that his erratic behaviour would be a passing phase, but some were less optimistic, including his manager, who commented: "I found [Barrett] in the dressing room and he was so ... gone. Roger Waters and I got him on his feet, [and] we got him out to the stage ... The band started to play and Syd just stood there. He had his guitar around his neck and his arms just hanging down” 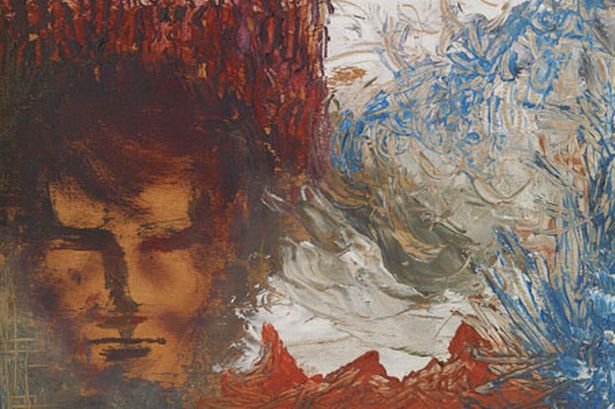 The band themselves tried to save him.

They stuck by him throughout. Waters arranged a meeting with psychiatrist R. D. Laing, but Barrett refused to come out of the car.  Laing eventually declared him "incurable".  A  stay in Formentera with Sam Hutt, another doctor, led to no visible improvement.  The group added David Gilmour as the fifth member of Pink Floyd with the intention of enabling Barrett to continue as a nonperforming songwriter. "The idea was that Dave would ... cover for [Barrett's] eccentricities ...........Syd was just going to write".  But Barrett wrote  "Have You Got It Yet?", a song that was impossible to follow and learn.

In 1968, Pink Floyd returned to Abbey Road Studios to record their second album, A Saucerful of Secrets. The LP included Barrett's   "Jugband Blues".  But Waters began to develop his own songwriting, contributing "Set the Controls for the Heart of the Sun", "Let There Be More Light" and "Corporal Clegg". Wright composed "See-Saw" and "Remember a Day". In 1968, Barratt ended up in psychiatric care in Cambridge.

Saucerful of Secrets is generally regarded, amongst Pink Floyd fans, as their definitive 'acid' album.  But how interesting is the contrast.  Whilst the rest of Pink Floyd appeared - superficially - to benefit from LSD, perhaps because it destroyed enough of their left brains to ensure their right brain worked better,  Syd Barrett who was already right brained and gifted, was destroyed by it.  He had no need of this level of overload and destruction.  He became insane. 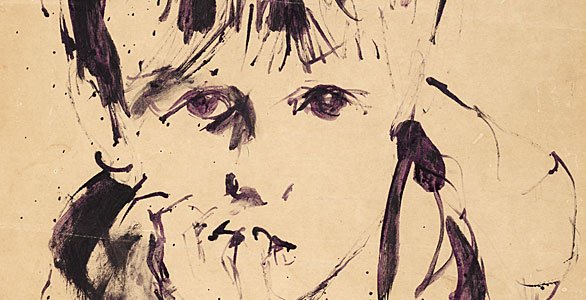 One time, Barrett followed Pink Floyd to Ibiza and according to legend, he skipped check-ins and customs, ran onto the runway and attempted to flag down a jet.  One of his friends later spotted him on a beach wearing messed-up clothes and with a carrier bag, that was full of money.

Peter Jenner and Andrew King were Pink Floyd's first managers.  Under Jenner and King's guidance, the group had flourished.  In early March 1968, Pink Floyd met with business partners Jenner and King to discuss the band's future; Barrett agreed to leave.  But Jenner and King believed Barrett to be the creative genius of the band, and decided to represent him unaware, one suspects, of just how bad he had become.  They ended their relationship with Pink Floyd. 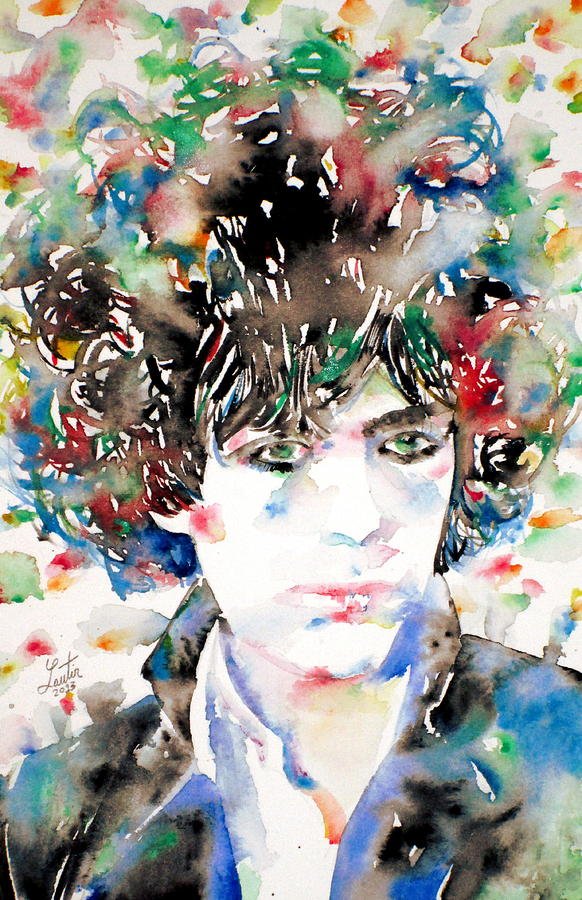 In 1969, Barrett started off a solo career with the release of the single, "Octopus", and his first solo album, The Madcap Laughs (1970), which was recorded over the course of one year (1968–1969) with four different producers (Peter Jenner, Malcolm Jones, David Gilmour, and Roger Waters).  Again his friends stuck by him, as Gilmour said:  "[Sessions] were pretty tortuous and very rushed. We had very little time, particularly with The Madcap Laughs. Syd was very difficult, we got that very frustrated feeling: Look, it's your fucking career, mate. Why don't you get your finger out and do something? The guy was in trouble, and was a close friend for many years before then, so it really was the least one could do."

Nearly two months after Madcap was released, Barrett began working on his second – and last – album, Barrett (produced by Gilmour, and featuring contributions from Richard Wright), which would be released in late 1970.  One of the songs Roger wrote way back in 1963, "Effervescing Elephant", was included on Barrett.  But that was it. 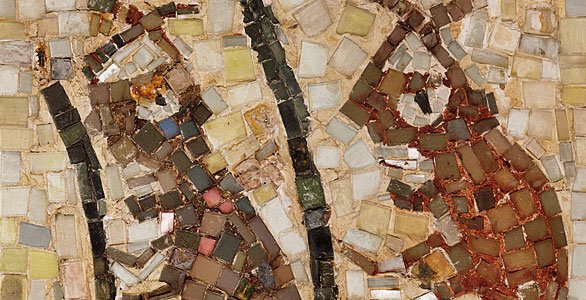 If we look at this list, however, we don't really see what makes Syd Barrett special.  Barrett's influence continued long after his departure from Pink Floyd, his style and approach left their mark on the music of Pink Floyd long after he left.  Pink Floyd wrote and recorded several tributes to him after he left, most notably the 1975 track "Shine On You Crazy Diamond" in recognition of his talent and influence. The Dark Side of the Moon was a reference to where Barratt had ended up mentally. Wish You Were Here is a deliberate and affectionate tribute to Barrett.  The Wall is ostensibly about Barratt.

Barrett's innovative guitar work and exploration of experimental techniques such as using dissonance, distortion, and feedback also influenced a very large number of other musicians.   One of Barrett's trademarks was playing his guitar through an old echo box while sliding a Zippo lighter up and down the fret-board to create the mysterious, otherworldly sounds that became associated with the group.   He is said to have influenced Pete Townshend, Blur, Mark Bolan, David Bowie, Brian Eno even, it is said, Paul McCartney.  He left a lasting innovative legacy of both songs and music that affected huge numbers of other musicians and record producers.

What emerged may or may not have been the work of a genius, but much of the time the butterfly he had become could not be captured long enough to tell. "He would never play the same tune twice. Sometimes Syd couldn't play anything that made sense; other times what he'd play was absolute magic." At times Barrett would say: "Perhaps we could make the middle darker and maybe the end a bit middle afternoonish. At the moment it's too windy and icy".

In his post-musician life, Barrett concentrated on his painting and dedicated himself to gardening, never to return to the public eye. Initially he lived off his royalties and saw few people apart from the occasional visit from his sister, Rosemary.  By 1975, the 29-year-old Barrett had become overweight and had shaved off all of his hair (including his eyebrows).   In 1978,  he moved back to Cambridge to live with his mother.   Barrett still received royalties from his work with Pink Floyd. His friends were loyal to the end. Gilmour commented that he (Gilmour) "[made] sure the money [got] to him all right" 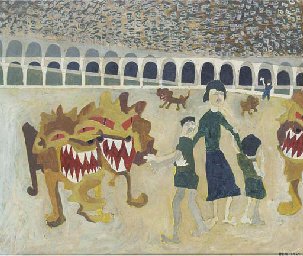 Away from the drugs and the pressure, he became a semi recluse, but seemed to eventually find a sort of peace.  His sister said that  "Quite often he took the train on his own to London to look at the major art collections—and he loved flowers. He made regular trips to the Botanic Gardens and to the dahlias at Anglesey Abbey, near Lode. But of course, his passion was his painting".

Gradually, his physical health declined, as he suffered from stomach ulcers and type 2 diabetes.   Barrett died at his home in Cambridge on 7 July 2006. He was 60 years old. The cause of death was pancreatic cancer.

In March 2011 the book Barrett: The Definitive Visual Companion to the Life of Syd Barrett was published by Essential Works, as authorised by the Barrett family. This large format illustrated book collected and catalogued for the first time all of Barrett's existing paintings and artworks along with photographs by Barrett himself, many of his letters and many unseen and rare photographs of Barrett and Pink Floyd. 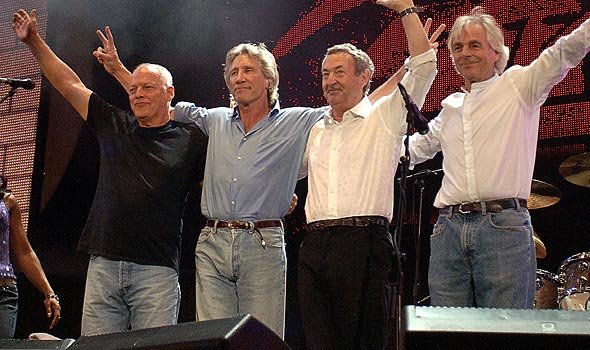