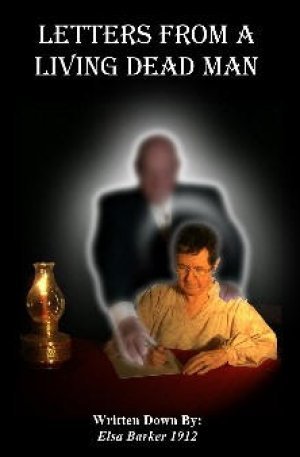 that she said were messages from a dead man produced through automatic writing.  As such I could also have classified her as a writer, however, I have one of her poems as an observation and it is really lovely.

Barker was born in 1869 in Leicester, Vermont. Her parents both died while Barker was still young. She worked as a shorthand writer, a teacher and wrote for newspapers. Her father had been interested in the occult and Barker shared this interest, becoming a member of the Theosophical Society. She was also initiated into the Rosicrucian Order of Alpha et Omega.

Barker lived in Europe from 1910 to 1914, first in Paris and then in London. She was in London at the outbreak of World War I. In 1912, while in Paris, she felt compelled to write a passage, although she said she did not know where the words came from. She said she was "strongly impelled to take up a pencil and write." She signed the passage "X", which at first meant nothing to her. She was told that "X" was the nickname of a Los Angeles judge called David P. Hatch and then discovered that Hatch had died before she "received" the message.

Against indiscriminate mediumship I have still a strong and ineradicable prejudice, for I recognise its dangers both of obsession and deception. But for my faith in "X" and the faith of my Paris friend in me, this book could never have been. Doubt of the invisible author or of the visible medium would probably have paralysed both, for the purposes of this writing.

The effect of these letters on me personally has been to remove entirely any fear of death which I may ever have had, to strengthen my belief in immortality, to make the life beyond the grave as real and vital as the life here in the sunshine. If they can give even to one other person the sense of exultant immortality which they have given to me, I shall feel repaid for my labour.

To those who may feel inclined to blame me for publishing such a book I can only say that I have always tried to give my best to the world, and perhaps these letters are one of the best things that I have to give.