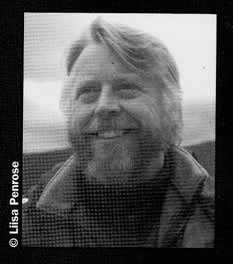 John Balzar was a roving correspondent for the Los Angeles Times. He has worked as a river boatman in Alaska and sailed across the pacific, thus he is an adventurer who is also a good writer.   He was awarded the Scripps-Howard foundation prize for human interest writing.

In 1998 he took part in the Yukon Quest International Sled Dog Race which is amongst the world’s most exciting and extreme competitive challenges.  Every February, a handful of hardy souls spends more than two weeks racing sleds pulled by fourteen dogs over 1,023 miles of frozen rivers, icy mountain passes and spruce forests as big as entire states, facing temperatures that drop to 40 below and nights that are 17 hours long.

John’s book Yukon Alone is a vivid, extremely well written and, according to my husband, a gripping story of the race in which he took part.  John moved to Alaska and lived on the trail and ‘treats us to a vivid account of the gruelling contest itself, offering an insightful look at the men and women who have moved to this beautiful place and the majestic dogs who pull the sleds and whose courage, strength and devotion make them the true heroes of this story’