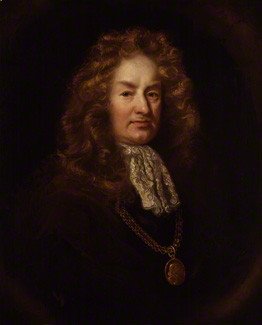 Elias Ashmole (23 May 1617 – 18 May 1692) was a celebrated English antiquary, philanthropist, politician and officer of arms, although he was never called upon to fight.

Ashmole supported the royalist side during the English Civil War.  On the Restoration of Charles II in 1660, Ashmole's loyalty was richly rewarded with political offices. He was appointed Secretary and Clerk of the Courts of Surinam and Comptroller of the White Office, [although these two titles do not seem to have provided either an income or any specific duties].  He also became Commissioner and then Comptroller for the Excise in London, and later was made the Accountant-General of the Excise, a position that made him responsible for a large portion of the King's revenue. These latter posts yielded him considerable income as well as considerable power of patronage.

And with this income and the money he gained from his marriages, he pursued his mystical, intellectual and philanthropic interests. 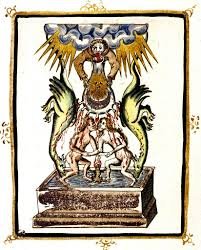 Ashmole was principally an intellectual and organiser.   His library reflected his intellectual outlook, including works on English history, law, numismatics, chorography, astronomy and botany.  But he also had an abiding interest in mysticism, alchemy [spiritual alchemy], and astrology and his library contained numerous works on these subjects. Ashmole’s interest started after he was given a military post at Oxford, at the suggestion of George Wharton, a leading astrologer. In his spare time, he studied mathematics and physics at his lodgings, Brasenose College.  But he also acquired a deep interest in astrology and magic.

During the 1650s, Ashmole devoted a great deal of energy to the study of alchemy. In 1650, he published Fasciculus Chemicus under the anagrammatic pseudonym James Hasolle. This work was an English translation of two Latin alchemical works, one by Arthur Dee, the son of John Dee. In 1652, he published his most important alchemical work, Theatrum Chemicum Britannicum, an extensively annotated compilation of metaphysical poems in English. The book preserved and made available many works that had previously existed only in privately held manuscripts. A corrected edition using Ashmole's two errata sheets and the additional chapter seven of a piece by Thomas Charnock was published in 2011. 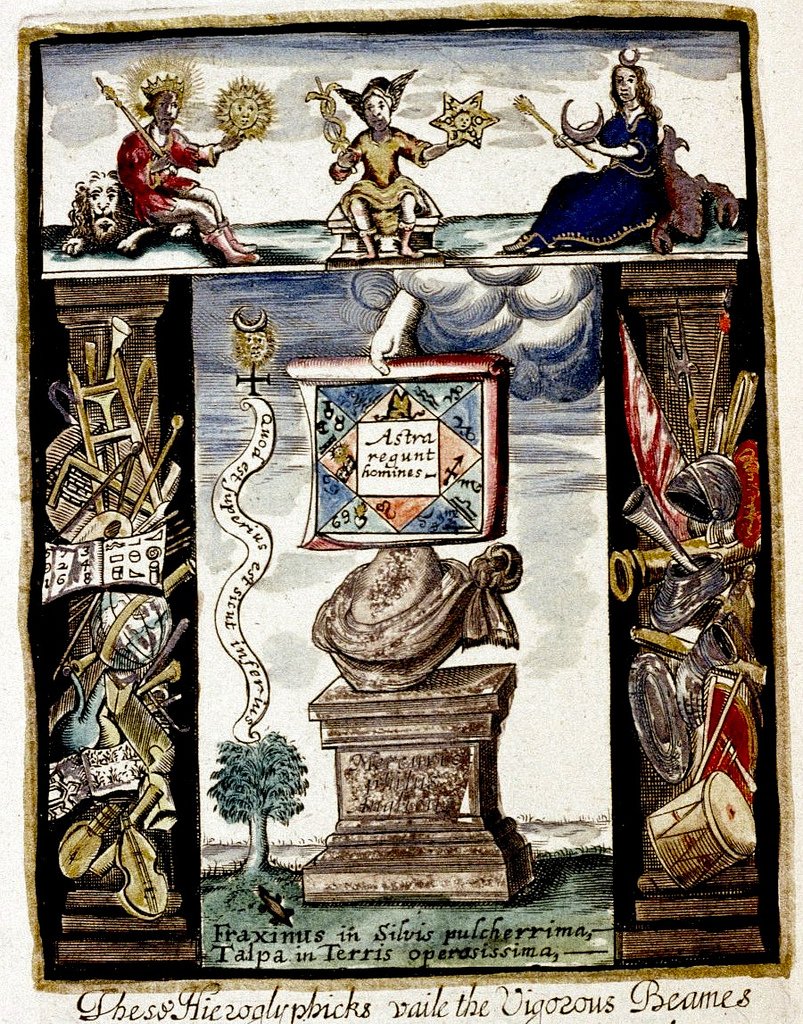 His final alchemical publication was The Way to Bliss in 1658.

Ashmole promoted the use of therapeutic remedies drawing on both Galenic and Paracelsian principles, and his works attempt to merge the two schools.

The Way to Bliss recommends ways to prevent illness: a balanced diet, moderate exercise and enough sleep. His works were avidly studied by other natural philosophers, such as Isaac Newton.

Ashmole possessed his own coat of arms, but after the Restoration, he was granted a new crest, one which reflected his interest in alchemy and mysticism and it is extremely telling: On a wreath Sable and Or the Planet Mercury collocated in the middle of the caelestiall Signe Gemini Proper his right hand extended toward Heaven and left holding a caducan Rod Or. The new grant also altered the tinctures of his arms to Quarterly Sable and Or a Fleur de lis in the first quarter.  At one time all these symbols reflected where you were on the spiritual path and the use of the caduceus and mercury has quite profound implications alchemically.

Egg, twins, wings, caduceus and heraldic and alchemical symbols
are all combined.  Ashmole knew his symbolism

Ashmole was quite probably also a Rosicrucian, however, no Rosicrucian at this time would admit to being one.  He was admitted as a freemason on 16 October 1646: and although there is only one other mention of masonic activity in his diary, he was still attending meetings in 1682. On 10 March that year he wrote:

"About 5 H: P.M. I received a Sumons to appeare at a Lodge to held the next day, at Masons Hall London."

"Accordingly, I went ... I was the Senior Fellow among them (it being 35 yeares since I was admitted) ... We all dyned at the halfe Moone Taverne in Cheapeside, at a Noble Dinner prepaired at the charge of the New-accepted Masons."

Ashmole's notes are one of the earliest references to Freemasonry known in England, but apart from these entries in his autobiographical notes, there are no further details about Ashmole's involvement.

Co-Founder of the Royal society

Ashmole became one of the founding Fellows of the Royal Society in 1661, but he was not very active in the society, a key institution in the development of experimental science, as his interests were largely antiquarian and mystical. 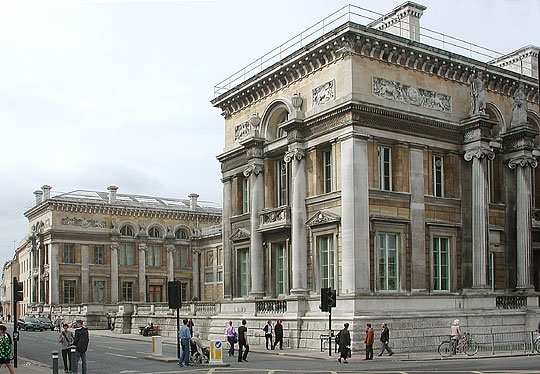 The Ashmolean, England's first public museum, received a royal visit in May 1683,
and was opened to the public in June

Throughout his life Ashmole was an avid collector of curiosities and other artefacts. Many of these he acquired from the traveller, botanist, and collector John Tradescant the Younger.

Ashmole met the botanist and collector John Tradescant the younger around 1650. Tradescant had, with his father, built up a vast and renowned collection of exotic plants, mineral specimens and other curiosities from around the world at their house in Lambeth. In 1659, Tradescant, who had lost his only son seven years earlier, legally deeded his collection to Ashmole. Under the agreement, Ashmole would take possession at Tradescant's death.

When Tradescant died in 1662, his widow, Hester, contested the deed, but the matter was settled in Chancery in Ashmole's favour two years later. 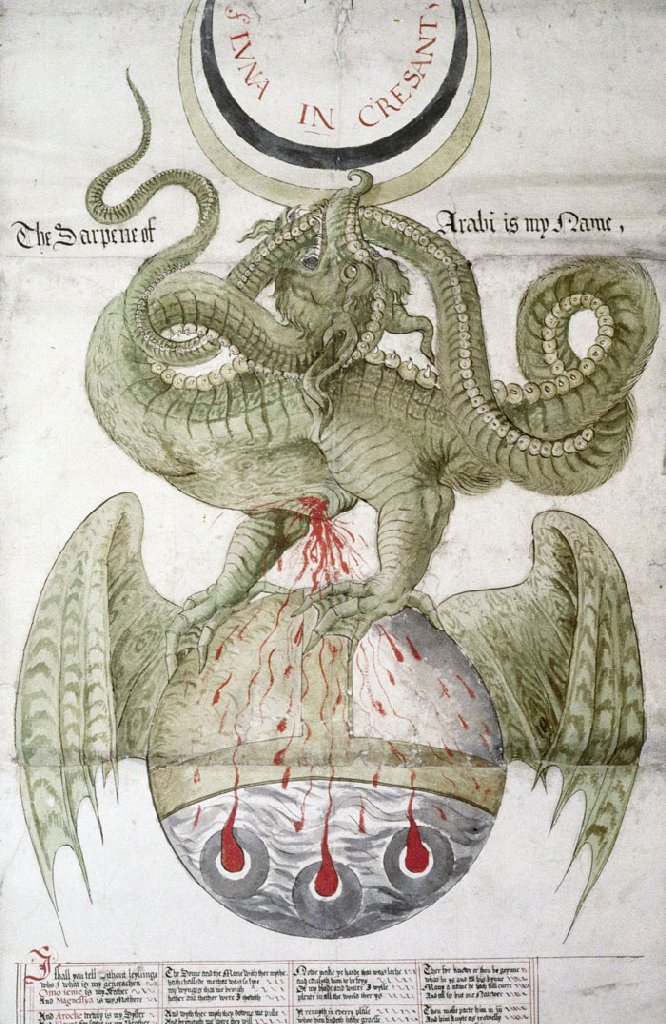 The beautiful scrolls by George Ripley,
the alchemist, are housed in the Bodleian library.  Ashmole
left a priceless legacy of alchemical texts and tracts, some
of which have still to be deciphered

In 1677, Ashmole made a gift of the Tradescant Collection, together with material he had collected independently, to the University of Oxford on the condition that a suitable home be built to house the materials and make them available to the public. Ashmole had already moved into the house adjacent to the Tradescants' property in 1674 and had already removed some items from their house into his. By early 1679, Ashmole had taken over the lease of the Tradescant property and began merging his and their collections into one. The Ashmolean Museum was completed in 1683, and is considered by some to be the first truly public museum in Europe.

A large part of Ashmole's own collection, destined for the museum, including antiquities, books, manuscripts, prints, and 9,000 coins and medals, was destroyed in a disastrous fire in the Middle Temple on 26 January 1679. As a result of the fire, the proportion of the collection derived from the Tradescants was larger than originally anticipated.

On his death, Ashmole bequeathed the remainder of his collection and library to Oxford for the Ashmolean Museum. Two-thirds of his library now resides in the Bodleian at Oxford.  His antiquarian work is still considered valuable, and his alchemical publications, especially the Theatrum Chemicum Britannicum (1652), preserved many works that might otherwise have been lost.

Ashmole helped Tradescant catalogue his collection in 1652, and, in 1656, he financed the publication of the catalogue, the Musaeum Tradescantianum.  Ashmole embarked on further catalogues, including one of the Roman coin collection of the Bodleian Library, which he finally completed in 1666 after eight years of work.  The King later commissioned Ashmole to prepare a catalogue of the coins and medals held in the Royal Collection, and appointed him to lead a commission responsible for tracing items from the collection which had been dispersed or sold by the parliamentary regime.

Study of the Order of the Garter

His most significant appointment was to the College of Arms as Windsor Herald of Arms in Ordinary in June 1660. In this position he devoted himself to the study of the history of the Order of the Garter, which had been a special interest of his since the 1650s, and he proposed a design for the Royal Society's coat of arms.  In 1672 he published The Institution, Laws and Ceremonies of the Most Noble Order of the Garter, a lavish folio with illustrations by Wenceslaus Hollar, for which he had conducted years of research.   Presentation copies sent to the foreign members of the order were reciprocated by gifts of gold insignia from the King of Denmark, the Elector of Brandenburg and the Elector Palatine. Ashmole performed the heraldic and genealogical work of his office scrupulously, and he was considered a leading authority on court protocol and ceremony.

Ashmole was born in Lichfield, Staffordshire. His family had been prominent, but its fortunes had declined by the time of Ashmole's birth. He attended Lichfield Grammar School (now King Edward VI School) and became a chorister at Lichfield Cathedral. In 1633, he went to live in London and qualified as a solicitor and enjoyed a successful legal practice in London.

Ashmole supported the side of Charles I in the Civil War. At the outbreak of fighting in 1642, he left London for the house of his father-in-law, in Cheshire. There he lived a retired life until 1644, when he was appointed King's Commissioner of Excise at Lichfield.  He then went to Oxford, but in late 1645, he left Oxford to accept the position of Commissioner of Excise at Worcester. After the surrender of Worcester to the Parliamentary Forces in July 1646, he retired to Cheshire. Passing through Lichfield on his way there, he learnt that his mother had died just three weeks before from the plague.

Ashmole’s love life was somewhat tempestuous.  He married Eleanor Mainwaring (1603–1641), who died, while pregnant, only three years later on 6 December 1641.  In 1646–47, Ashmole made several simultaneous approaches to rich widows in the hope of securing a good marriage. In 1649, he married Mary, Lady Mainwaring, a wealthy thrice-widowed woman twenty years his senior and the mother of grown children. The marriage took place despite the opposition of the bride's family, and it did not prove to be harmonious: Lady Mainwaring filed suit for separation and alimony but it was dismissed by the courts in 1657. Nevertheless, the marriage provided Ashmole with Mary's first husband's estates centred on Bradfield in Berkshire which left him wealthy enough to pursue his interests, including botany and alchemy, without concern for having to earn a living. He arranged for his friend Wharton to be released from prison and appointed him to manage the estates. 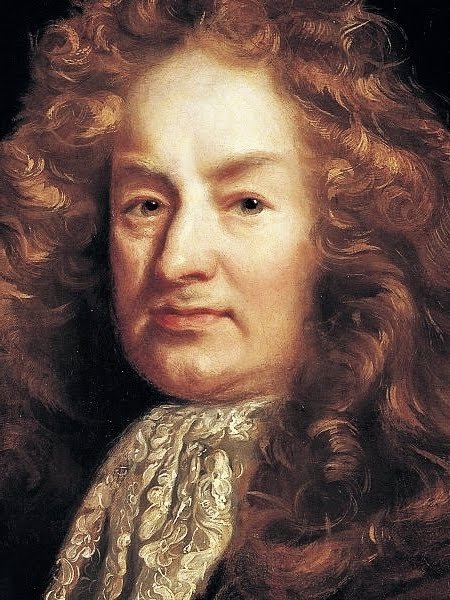 On 1 April 1668, Lady Mainwaring died, and on 3 November the same year Ashmole married Elizabeth Dugdale (1632–1701), the much younger daughter of his friend and fellow herald, the antiquarian Sir William Dugdale. All of Elizabeth's pregnancies ended in stillbirths or miscarriages, and Ashmole remained childless.

Ashmole's health began to deteriorate during the 1680s. He continued to hold his excise office throughout the reign of James II until his death but became much less active in affairs.  He died at his house in Lambeth on 18 May 1692.

Elias Ashmole had a clear vision that involved the creation of one of the most eclectic but also priceless collections of botanic, alchemical and mystic texts and objects that he could finance.  From the start it appears that vision involved the creation of a publicly accessible museum, that would house the treasures he found.  He used his wives' money, his own income and the collections of others [freely given] to build up that collection and would not let the interference of those who might ruin that vision stop him.  He battled with civil war, fire, plague, grief and the opposition of Tradescant's wife.  The resulting collection is astounding in its variety and value - truly a legacy of inestimable value for researchers over many generations in the past and to come.