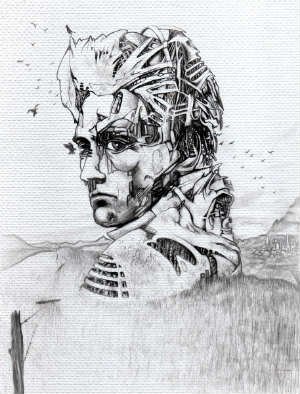 Antoine Marie Joseph Artaud, better known as Antonin Artaud (1896 – 1948), was a French playwright, poet, actor and theatre director. Artaud’s parents were partly Levantine Greek, and he was much affected by this background, especially in his fascination with mysticism.  Artaud associated himself with Surrealist writers, artists, and experimental theater groups in Paris during the 1920s.

Artaud is best known for his attempts to replace the “bourgeois” classical theatre with his “theatre of cruelty,”. Now the name alone was enough to put most people off ever wanting to take Artaud seriously, but Artaud was attempting to try to shatter beliefs. Using ritual and ceremony in what has been described as “primitive ceremonial experiences”, his intention was to help the audience forget the intellect and thus “liberate the human subconscious and reveal man to himself”. In effect, to be more spiritually aware at least. Artaud’s Manifeste du théâtre de la cruauté (1932; “Manifesto of the Theatre of Cruelty”) and Le Théâtre et son double (1938; The Theatre and Its Double) call for “a communion between actor and audience in a magic exorcism; gestures, sounds, unusual scenery, and lighting combine to form a language, superior to words, that can be used to subvert thought and logic and to shock the spectator into seeing the falseness of this world”. 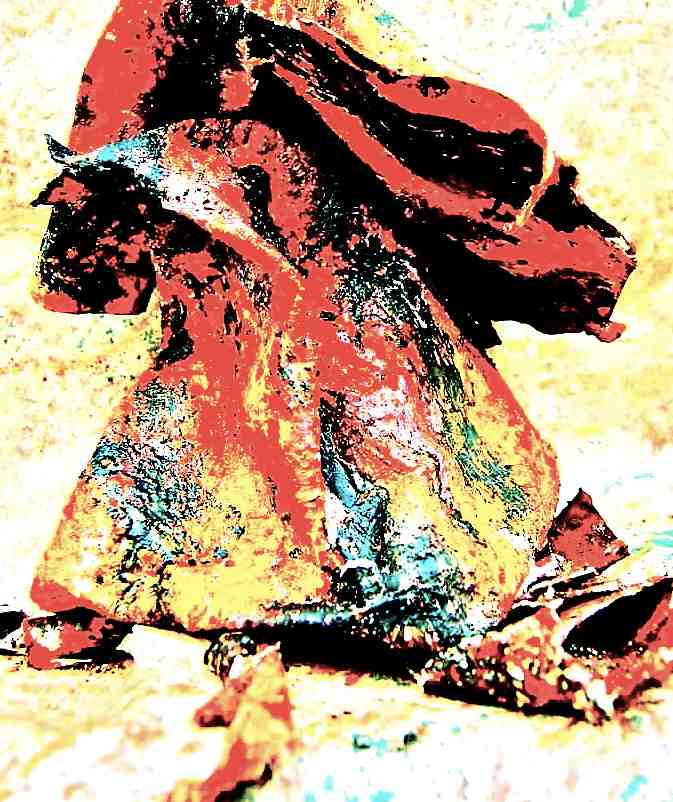 But although it provoked quite a bit of discussion as one can imagine, no one really understood what he was trying to achieve. It was not helped either by Artaud's descent into madness.

When he was four years old, Artaud had a severe case of meningitis, which gave him a nervous, irritable temperament throughout his adolescence. He also suffered from neuralgia, stammering and severe bouts of clinical depression. There are hints that he was probably borderline manic depressive even at this stage. Artaud's parents arranged a long series of sanatorium stays, which were both prolonged and expensive. In May 1919, the director of the sanatorium prescribed laudanum for Artaud, precipitating a lifelong addiction to that and other opiates including opium and heroin.

In 1936, Artaud received a grant to travel to Mexico, where he studied and lived with the Tarahumaran people and experimented with peyote, recording his experiences, which were later released in a volume called Voyage to the Land of the Tarahumara. (In 1976 an English translation was published under the title The Peyote Dance.) The content of this work closely resembles the poems of his later days, concerned primarily with the supernatural.

If, as Susan Sontag once argued, madness is a mirror – reflecting the limits of what we consider culturally acceptable – then what did Antonin Artaud see when he lost his mind in the mountains of Mexico, in the autumn of 1936? The French playwright and theorist had come to the country to lecture on the state of European theatre, but was fascinated by Mexican indigenous cosmology and its potential impact on revolutionary Marxism. His travels brought him to the dry, rocky terrain of Chihuahua state, to study the peyote rituals of the Rarámuri, or Tarahumara, people. There, a draught of liquid mescaline from the tip of a wooden rasp sent Artaud on a spiralling course of introspection that ended with his death, 12 years later.
The apocryphal tale, immortalized by the playwright’s travelogue ‘A Voyage to the Land of the Tarahumara’ (1937), has since been used to allegorize the chafing of creative genius against the fragile edges of reason. ‘In Artaud,’ writes Sontag in her 1988 introduction to Antonin Artaud: Selected Writings (1988), ‘the artist as seer crystallizes, for the first time, into the figure of the artist as pure victim of his consciousness.’ 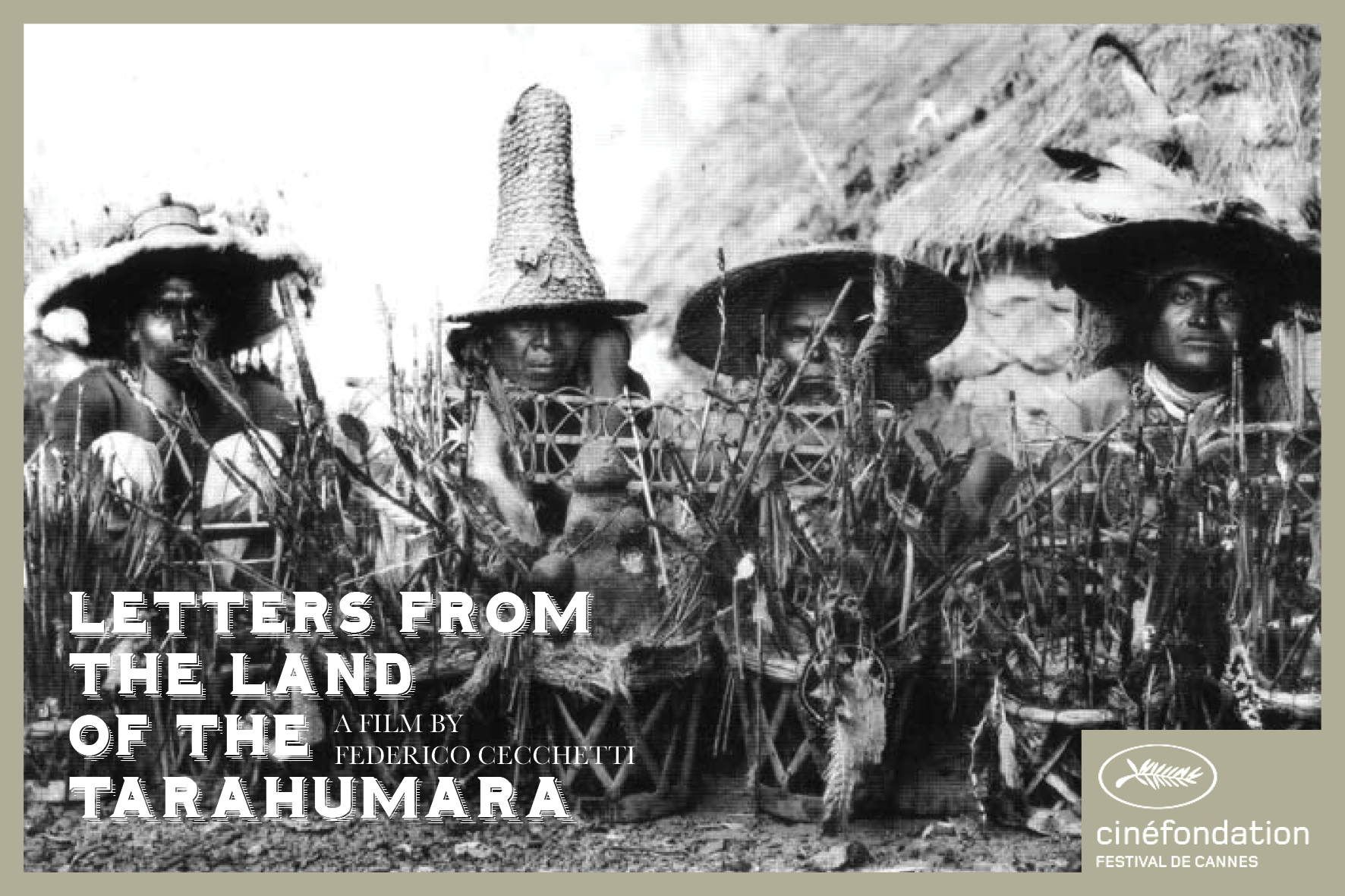 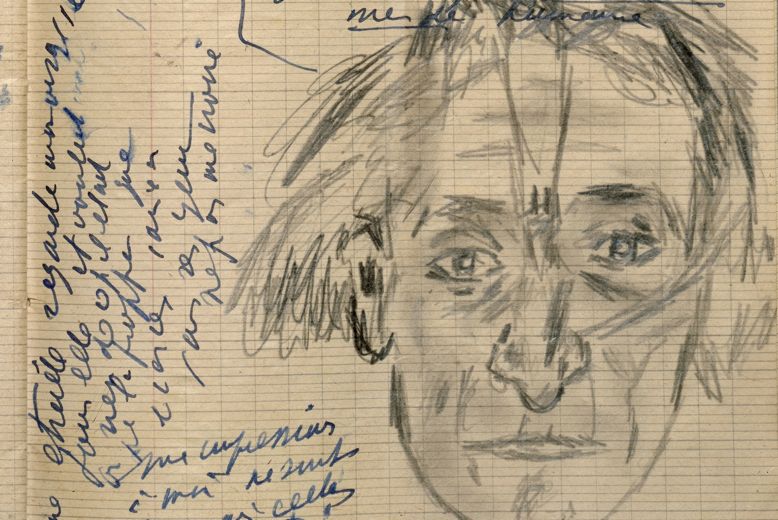 Artaud also recorded his horrific withdrawal from heroin upon entering the land of the Tarahumaras. Having deserted his last supply of the drug at a mountainside, he literally had to be hoisted onto his horse, and soon resembled, in his words, "a giant, inflamed gum". Artaud would return to opiates later in life.

In 1937, Artaud returned to France. By this time he was severely mentally ill. He obtained a walking stick of knotted wood that he believed belonged not only to St. Patrick, but also Lucifer and Jesus Christ. Artaud traveled to Ireland, in an effort to return the staff, though he spoke very little English. He was deported as "a destitute and undesirable alien". 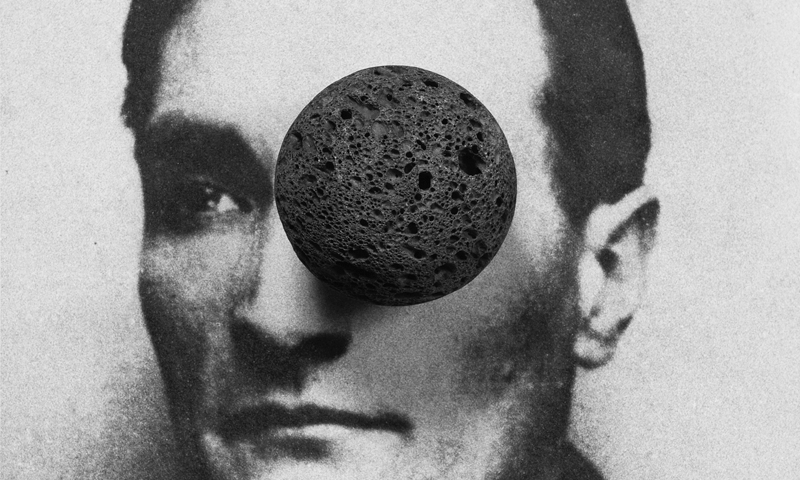 The final phase of Artaud's life was spent in different asylums. When France was occupied by the Nazis, friends of Artaud had him transferred to the psychiatric hospital in Rodez, where he was put under the charge of Dr. Gaston Ferdière. Ferdière began administering electroshock treatments. The doctor believed that Artaud's habits of crafting magic spells, creating astrology charts, and drawing disturbing images were symptoms of mental illness. The electroshock treatments created much controversy. In 1946, Ferdière released Artaud to his friends, who placed him in the psychiatric clinic at Ivry-sur-Seine suffering from what is now called schizophrenia.

There seems to be some debate as to whether he was already this mentally ill when admitted, or whether his 'treatment' finally destroyed him.

In January 1948, Artaud was diagnosed with colorectal cancer. He died shortly afterwards on 4 March 1948, alone in the psychiatric clinic. It was suspected that he died from a lethal dose of the drug chloral hydrate, although it is unknown whether he was aware of its lethality.

In this work, Reyes speaks about the Tarahumara coming down from the mountains during a bad harvest year to sell their medicinal plants in the streets ofChihuahua. He discusses their peyote usage in the following stanza:
They drink spirits of maize and peyotl,
herb of portents,
symphony of positive esthetics
whereby into colours forms are changed;
and ample metaphysical ebriety
consoles them for their having to tread the earth,
which is, all said and done,
the common affliction of all humankind […]
they will be first with the triumphant news
the day we leap the wall
of the five senses.

"Artaud. I went to a movie about Collette, an erotic author who 'studied' with Artaud..... he drilled "The Theater of Cruelty" into her. Who, indeed, was he? Someone associated with Surrealism, an influential poet & playwright, an actor in both a movie about Joan of Arc & one about Napoleon.   Not quite your ordinary guy. A guy who visited the Tarahumara Indians in Mexico in 1936 to participate in their Peyote rituals. I've taken peyote. It's an important thing to do. ONE THINKS LIKE A PLANT under its influence. I put down roots. Artaud was an explorer of the outer fringes of human consciousness. He probably wasn't the easiest guy to get along with. But he was THERE when the rest of the idiotic bourgeois world was NOWHERE. On the back of this book it's called "Anthropology" - that's true enough. I call it "Philosophy" here. That's true enough too. Like so much that I'm interested in, it's not so easy to say its one thing or another. Artaud was alive, at his own risk. Beyond that.. who's to say?

I took Peyote in the mountains of Mexico […] and at the time those three days seemed like the happiest days of my life. I had stopped tormenting myself, trying to find a reason for my life, and I had stopped having to carry my body around. I
realized that I was inventing life, that that was my function and my raison d’être, and that I suffered when my imagination failed, and Peyote gave it to me.