Aldous Leonard Huxley (26 July 1894 – 22 November 1963) was an English writer and one of the most prominent members of the famous Huxley family. He spent the latter part of his life in the United States, living in Los Angeles from 1937 until his death in 1963. Best known for his novels and wide-ranging output of essays, he also published short stories, poetry, travel writing, and film stories and scripts.

Huxley was a pacifist, and was also interested in spiritual subjects such as ‘parapsychology’ and ‘philosophical mysticism’. He was also well known for advocating and taking hallucinogens and has been called  the "spiritual father" of the hippie movement.

By the end of his life Huxley was considered, in some academic circles, 'a leader of modern thought and an intellectual of the highest rank'.  Despite all this lavish praise, Huxley did not, in fact, proceed very far along his spiritual path, because the drugs got in the way.  But we owe a lot to him for describing his experiences and increasing awareness of the spirit world. 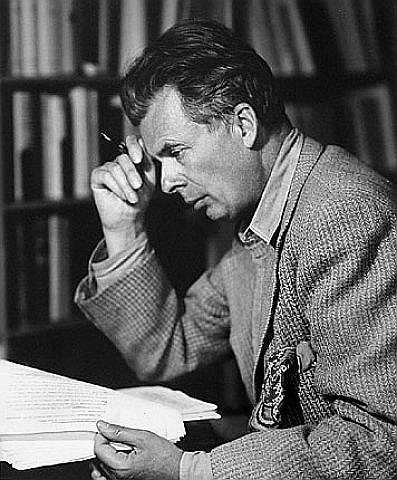 The Doors of Perception is the account of Aldous Huxley’s experience with the hallucinogenic drug mescalin. Though his experience was drug-induced, it was nonetheless genuine and interesting. It was on that Spring morning in 1953 that Aldous came to a complete understanding of exactly what Blake had meant when he said “If men’s doors of perception were cleansed he would see everything as it is, infinite”. This account is beautifully written (compiled by Huxley after the event) with the aid of his recording, thus ensuring nothing he said was lost.

Perennial philosophy –this book provides a comparison of religions.  Backing his text with quotes from mystics from all religions such as Meister Eckhart, Jalal-uddin Rumi , William Law, Chuang Tzu and the Srimad Bhagavatam,  Huxley believed that we each have our own ‘way to salvation’, depending on our character, and even physiology. Many authors have tackled the eternal subject of truth. Truth behind existence, truth behind metaphysics, truth behind faith and organised religion. Huxley, according to some, succeeded “covering the issue from beginning to end in a narrative that alienates no one, not the philosopher, not the scientist, not the moderate church-goer, not the fanatical extremist”. He found the common ground that links all things, including dogmas and theories, in a prose “so ethereal and exact all at once, that one wonders from where the words really flow.” 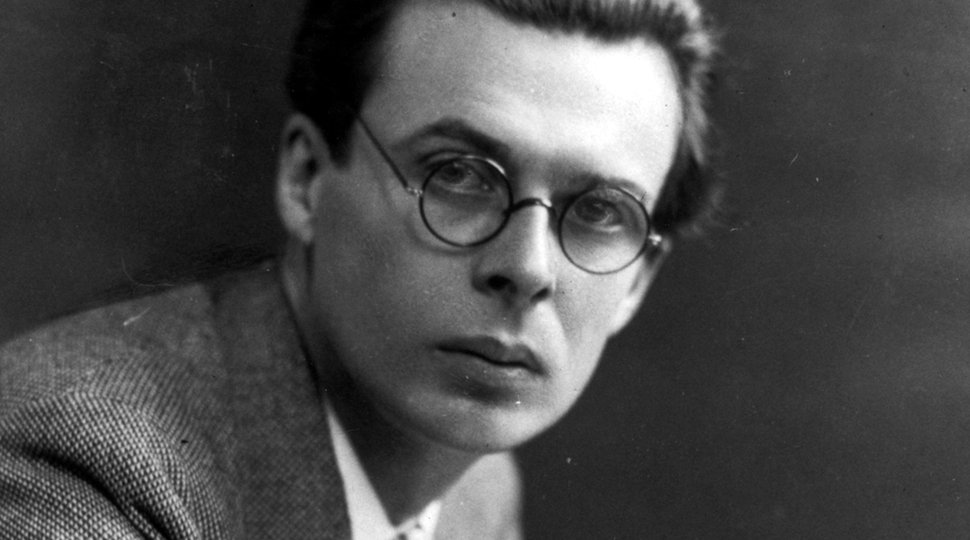 Moksha – Aldous Huxley’s Classic Writings on Psychedelics and the Visionary Experience (Paperback) This volume brings together selections from Huxley’s Brave New World, Doors Of Perception, Heaven And Hell and Island, as well as magazine articles, letters, lectures and scientific papers. It also includes writings by Timothy Leary, Laura Huxley and Dr. Humphry Osmond. Leary’s interesting account of a 1960 meeting with Huxley at Cambridge is titled Mushrooms For Lunch, whilst the same year’s Harvard Sessions is a report of a psilocybin session where Huxley took part in a group experiment. Other very thought provoking chapters include Dr. Humphry Osmond’s May Morning In Hollywood and Huxley’s own Disregarded In The Darkness, Doors, Mescalin, Heaven And Hell and Brave New World Revisited. But the highlights of the book are Laura Huxley’s 1962 account of her husband in a psychedelic state and especially her moving account of his illness and death, titled Nobly Born. 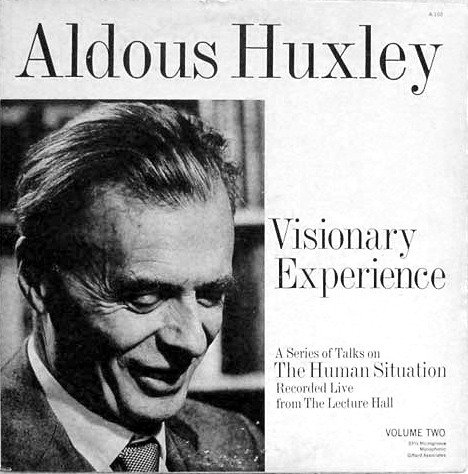 Huxley had a life-long interest in finding out how ‘Heaven’ could be found, and in this book he describes the main means he knew of at the time and why they work.

The list is a little limited - but this is no criticism of Huxley, who, for the time did a good job.

In 1960, Huxley was diagnosed with laryngeal cancer and, in the years that followed, with his health deteriorating, he wrote the Utopian novel Island.  On his deathbed, unable to speak due to advanced laryngeal cancer, Huxley made a written request to his wife Laura for "LSD, 100 µg, intramuscular". According to her account of his death in This Timeless Moment, she obliged with an injection at 11:45 a.m. and a second dose a few hours later; Huxley died aged 69, at 5:20 p.m on 22 November 1963.