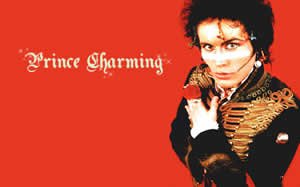 Adam Ant (born Stuart Leslie Goddard, on 3 November 1954, in Marylebone, London) is an English musician who gained popularity as the lead singer of the group Adam and the Ants and later as a solo artist, scoring 10 UK top ten hits from 1980 to 1983, including three No.1s. Throughout the 80s, Adam and the Ants released albums such as Kings of the Wild Frontier , the single "Antmusic" which went to No. 2 on the U.K. singles chart, the album Prince Charming and singles such as "Stand and Deliver" and "Ant Rap". Then it all went pear shaped.

Adam is of partial Romani descent, as such we can say that inherited genes played a big part in his abilities. Furthermore he was naturally gifted in both music and art. His appearance throughout his career reflected his roots. His hair was at one time wild and long, but today it is cut very short but he has retained a black tuft at the back. He views himself as a pirate. "I love romany gypsies," and he wears silver jewellery. 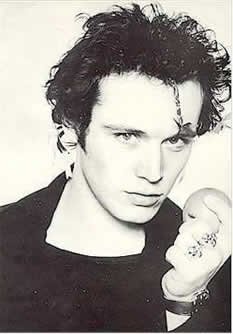 Adam has the sexual energy of the spiritually open, the right brainer. He has had two failed marriages and plenty of girlfriends, such as actress Amanda Donohoe. "The great love of my life. She dumped me. I still think of her. I think about the girls I have loved every week. I have loved eight women in my life, I remember every woman's face. Let's just say that back in the old days, sex was available every two feet. But I never made love to anybody that did not want me to." When asked once how many women he had had sex with, after a long pause he replied "Under 1,000”. When asked what his secret was he replied "I am a rake," he also added "I like being infamous."

He had a fairly dreadful childhood. Adam was brought up in a council flat in North London, his biological father was a man called Les, and Adam was just seven when Les left the family home. He regularly beat up Adam's mother Betty. His mum later remarried to a man called Tony and Adam always looked upon him as his dad. He severed contact with Les. Les was found guilty in 1987 of gross indecency on a junior. It was during the height of Adam's fame.

He had an equally traumatic time at school which culminated in him throwing a brick through the head-teacher's office window - on two consecutive days. In the aftermath of this incident, he was placed under the supervision of teacher Joanna Saloman, who encouraged him to develop his abilities in art and whom he would later credit as the first person to show him he could be creative artistically.

Adam went to art school and married, but he fell into a terrible depression back in 1975, aged 21, just before he shot to fame. At the time, his one-year marriage to Carol Ann had collapsed. He says he tried to commit suicide by taking an overdose. "It was a cry for help. I took some tablets. They knocked me out for 10 minutes but luckily the ambulance came." At 21 years of age Adam Ant was diagnosed as having bipolar disorder. But was it? This was grief exacerbated by psychological trauma.

But the medication that he was given for this and subsequent periods of distress may well have done him severe damage. In a 31 December 2010 interview for The Sun, Adam discussed the side effects of medication for his bipolar condition:

"In the past I've been a robot. ... Music has always been the best medication. I was on sodium valproate for seven years.... I couldn't get to sleep and I didn't make love for seven years. My hair fell out and I couldn't pick up a book as I couldn't concentrate. I didn't write a song or pick up a guitar in that time — and piled on the weight. I might as well have been dead. I now work very closely with my GP and any decisions I make are made with him". The GP helped him come off the medication and regain his life, he did not treat his so called bipolar disorder.

In the mid 1990s, Adam suffered a nervous breakdown after finding it hard coming to terms with the fact that he was no longer famous, no longer the man idolised by millions. He checked himself into a clinic for three months..
"It was a very terrible thing, people think you are nuts and I just did not want to know. So I went into a clinic. The brain is cut off. I thought I was going to die. The stress... But it's hardly surprising if you've been through the kind of life I have. People weren't buying as many records. My record company did not want me. I went through three record companies, went on tour at the wrong time. It destroyed me. It is not nice when people come up saying: 'Didn't you used to be Adam Ant?' I do have a pulse, you know. But I got through it all." 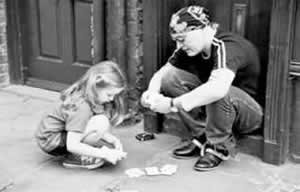 In the end what saved Adam Ant was his daughter Lily. Although Adam split up with Lorraine, his second wife, shortly after Lily's birth, he still sees his daughter nearly every day at his London home. Lily is his raison d'etre and his reason for living.

"I am off the medication now, and being a father has ultimately pulled me through. I won't get depressed again. I have to be around to bring Lily up. She has saved my life in every way." Love is the answer.

During an interview with BBC Radio 6 Music, he declared that "mental health needs a great deal of attention. It's the final taboo and it needs to be faced and dealt with." Adam is involved in the Black Dog campaign which promotes better understanding of mental illness.