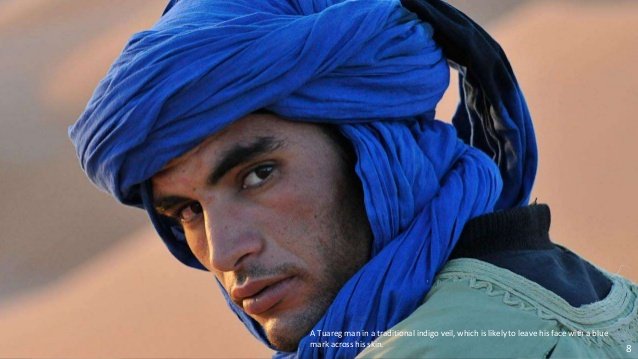 Abraham, originally Abram, is the first of the three patriarchs of Judaism. He is a central figure in all Abrahamic religions - Judaism, Christianity, and Islam.

Both from the mystical interpretation and the Bible, we know that Abraham was born in Ur,  the spiritual centre of the Mesopotamian mystic movement, although at the time we are discussing, it would have largely been Sumerian.

The flood is described in Genesis and precedes Abraham.  Archaeologists are now starting to place the time of the flood to about 3000 BC.  Thus we need to start the search at the time of the flood, in order to see what may have happened and home in on when he actually lived. 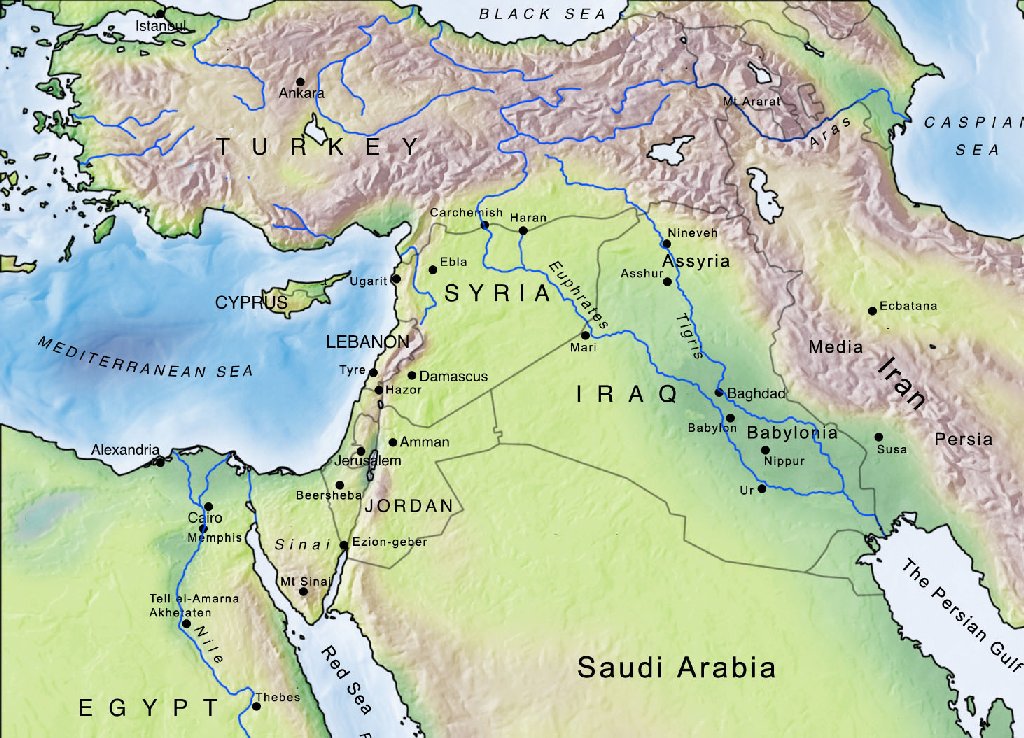 Abraham was a Dravidian

The Bible indicates that originally, everyone spoke the same language.  The principle language group at the time in that area and all around was the Dravidian language group.  For more details see the Shaivite description.  Abraham’s forefathers appear to have first come from the west – “And it came to pass, as they journeyed east, that they found a plain in the land of Shinar; and they dwelt there”. 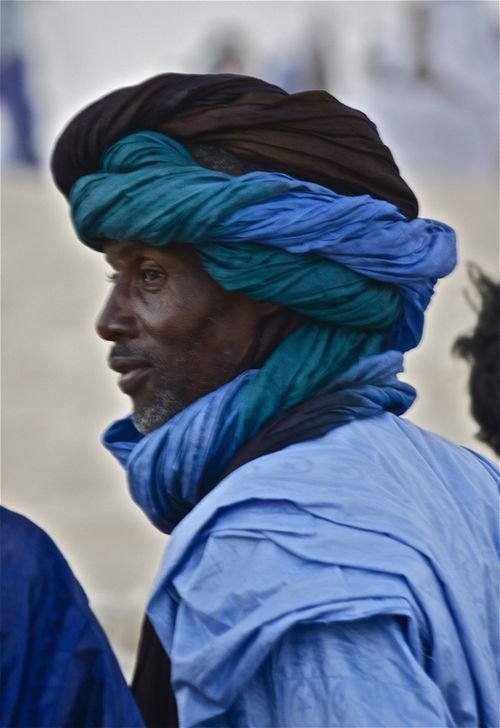 The Mediterranean area before it was flooded seems to have been the heartland of the Dravidians, who had gradually spread out towards Spain and the Canary islands, to various parts of what is now Italy and Greece and then east towards the Middle east.

The Dravidians were dark skinned and very handsome – we can see just how handsome by looking at the people of Ethiopia, Mali, and the Sudan.  These people were eventually pushed south by the desertification of the Sahara, but originally they were in the Mediterranean basin.

So to put this simply Abraham was probably black.

Abraham lived in the Mesopotamian valley

The Land of Shinar is the Mesopotamian valley.  And just as we can see if we look at the civilisation of the Mesopotamians, they built the temples and ziggurats of mud “And they said one to another: 'Come, let us make brick, and burn them thoroughly.' And they had brick for stone, and slime had they for mortar”. 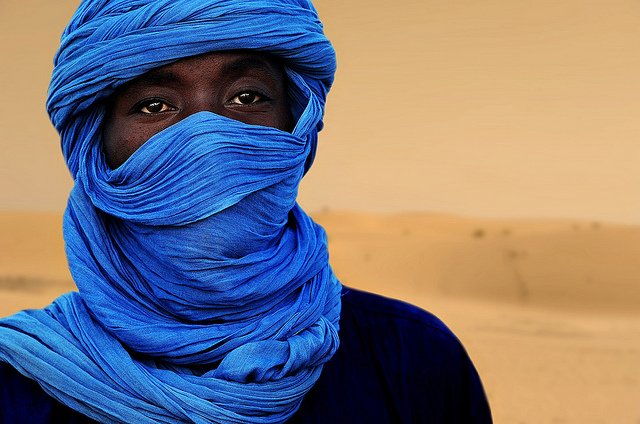 The Bible includes a very long genealogical list for the time after the flood from Shem, the son of Noah right to Abraham and here it is:

This is actually only a time span of about 300 years, adding up the maximum longevity of each person and ignoring the time of the influence he had.  So Abraham lived round about 2,700 BC.  And as it specifically says, he lived in Mesopotamia – Ur to be precise. 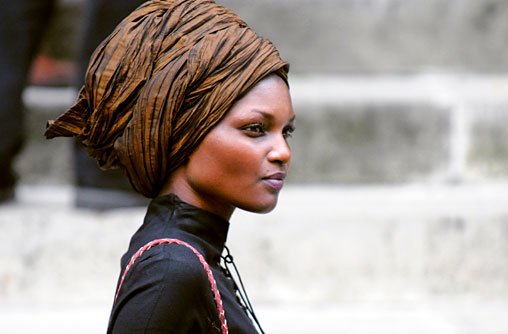 Abraham was a Pantheist

Ur was an exceptionally important centre spiritually, it was part of a spiral of sacred cities each representing the Planets.  It is located at the site of modern Tell el-Muqayyar (Arabic: تل المقير‎‎) in south Iraq's Dhi Qar Governorate. Although Ur was once a coastal city near the mouth of the Euphrates on the Persian Gulf, the coastline has shifted and the city is now well inland, south of the Euphrates on its right bank, 16 kilometres (9.9 mi) from Nasiriyah.

The city dates from the Ubaid period circa 3800 BC, and is recorded in written history as a City State from the 26th century BC, its first recorded king being Mesh-Ane-pada. The city's patron deity was Nanna (in Akkadian, Sin), the Sumerian and Akkadian (Assyrian-Babylonian) moon god, and the name of the city is in origin derived from the god's name, literally "the abode of Nanna". 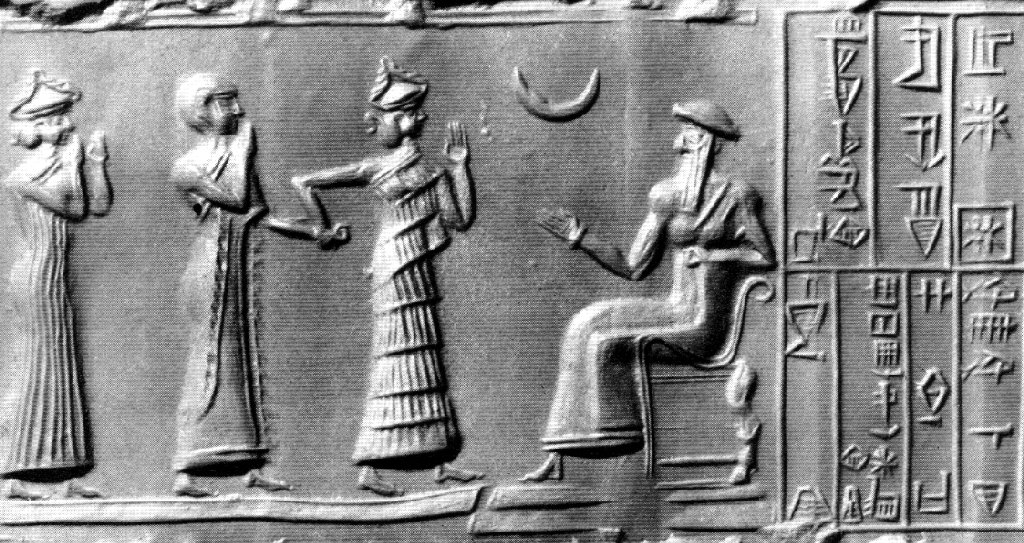 Now what this should tell us is that Abraham would not have been what is commonly called a monotheist.

Monotheism has been defined as the belief in the existence of one god or in the oneness of God.  Furthermore we can assume he would have completely rejected The Oxford Dictionary of the Christian Church’s definition : "belief in one personal and transcendent God".  If one glances at the Mesopotamian description one can see they had quite a well organised system – an Intelligence hierarchy [the Planets] and an Ultimate Intelligence that was both male and female.

Abraham, the founder of the so called three monotheistic religions would have actually been a polytheist.

Polytheism is the worship of or belief in multiple deities usually assembled into a pantheon of paired gods and goddesses, the different gods and goddesses are viewed as emanations [Intelligence hierarchy] of a transcendental absolute principle [Ultimate Intelligence], which manifests immanently in all nature.  This makes Abraham a mystic, but by current definitions he is certainly not Islamic, Christian or Judaic!  We thus have the somewhat bizarre situation of the founder of three key religions having totally different beliefs to those being drummed in to the followers of the religions purporting to be based on his teachings. 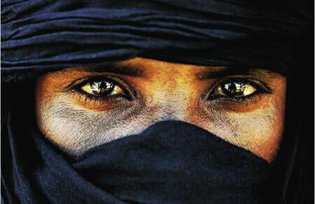 Abraham did not belong to a religion, he was part of a spiritual system whose aim was to help people obtain spiritual experience in their lifetime. 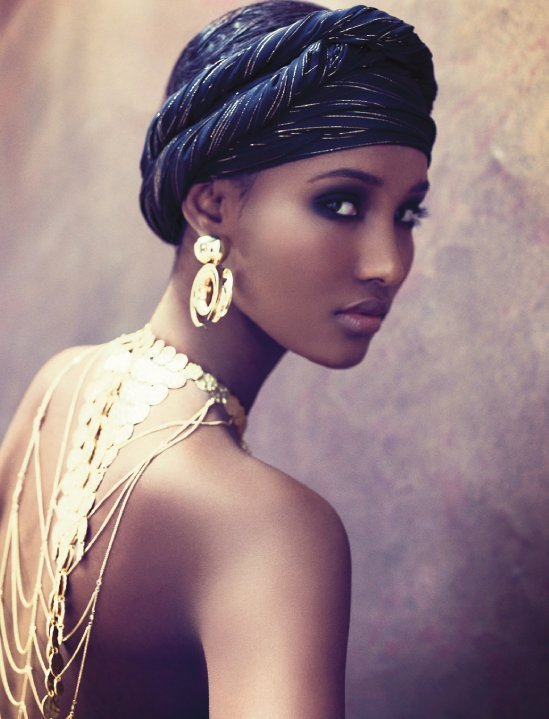 Ideas travel with goods, and it appears that the Mesopotamian system was particularly richly blessed with numerous very effective techniques for promoting spiritual experience.  The Chaldeans to the south of the country were in control of trade routes along which travelled such exotic luxuries as ebony, ivory, sissoo-  a type of valuable Indian timber, elephant hides and gold.  With trade come ideas and the sorts of goods being traded indicate links with both African shamanic systems and the Indian yoga mystery techniques and system.

One of the key methods used in both these systems is that of the sexual methods - making love followed by sex magick and then, for the more advanced, sexual stimulation.  There is also the extra technique of peaking.  Again this is somewhat ironic, if downright inexplicable, given the current attitude of the major religions towards sex.

Perhaps of equal interest was the role of the Naditum who assumes a role almost identical to that of the Geisha in Japan – a High Priestess skilled in turning an Initiate to an Adept via sexual means.  Just like the Geisha, the Naditum were attached to the temple.  These High Priestesses owned land and rented houses, and lived an all but normal life apart for the need for ‘celibacy’ due to the need to act as helpers to Initiates.

Abraham and his fellow citizens lost their spiritual heritage

The fall of the deeply spiritual region where Abraham lived, was in part due to the corruptive influence of power on its kings and their pursuit of wealth over all else.  After the flood they rebuilt their cities but also started to make war between themselves.  They became ambitious and power hungry.

And indeed if they were black, these people have been scattered all over the earth.  And they were scattered by the Aryans. 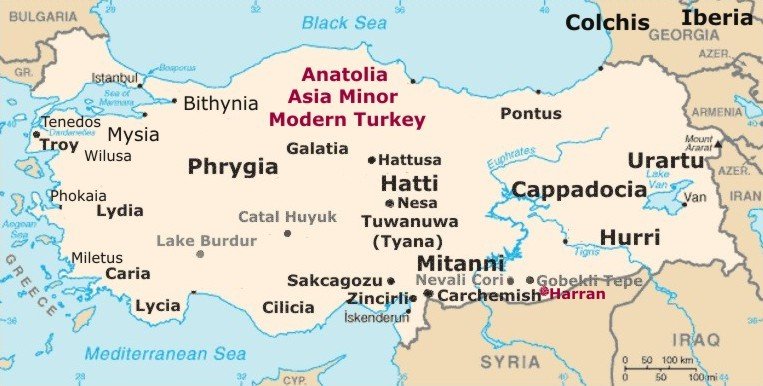 Haran or Harran is near both Gobekli Tepe and Cappadocia key spiritual centres.

Abraham fled to Canaan via Haran

The Aryans started to invade India, the Middle East and Europe after the flood.  We have made some huge assumptions in the description of the Shaivites and guessed that it was probably because a vast ice barrier that had once separated the two peoples was broken, thus making it much easier for this nomadic and migratory people to spread.

They caused terrible devastation wherever they went, numerous cities were sacked and burned including those in Sumeria [Mesopotamian civilisation], and the Indus valley.  A number of substantial towns existed in the Indus valley by about 3,800 BC, for example, including that of Mohenjo Daro; but by 1700BC it had been sacked, Babylon was sacked by the Aryan Hittites in 1595 BC .

And according to mystic tradition so bad was it – the combination of wars between kings and invasions from elsewhere - that Abraham left Ur in Sumeria with his father and family for Canaan.

Ur was a key centre for the Mysteries at the time of Abraham and thus Abraham probably had a key role in this movement.  It would make him all the more vulnerable during any invasion – mystics at the best of times are hounded and often slaughtered, but the Aryans literally took no prisoners.

The village of Harran today 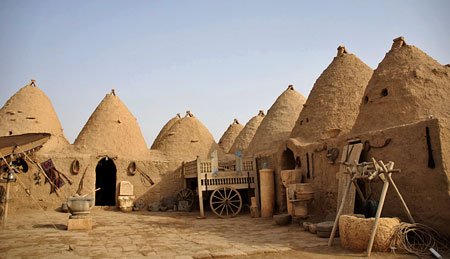 We don’t know for certain, but it isn’t in Israel.  According to Wikipedia:

Haran, Charan, or Charran (Hebrew: חָרָן, transliterated as Ḫaran) is a place mentioned in the Hebrew Bible and is almost universally identified with Harran, a city whose ruins lie within present-day Turkey.  Harran, is now a village of Şanlıurfa, Turkey.
Haran was a place where Terah temporarily settled with his son the Patriarch Abraham (who was known as Abram at that time), his grandson Lot, and Abram's wife Sarai, all of them descendants of Arpachshad son of Shem, during their journey from Ur Kaśdim (Ur of the Chaldees) to the Land of Canaan.
The region of this Haran is referred to variously as Paddan Aram and Aram Naharaim. Abram lived there until he was 75 years old before continuing his journey. Although Abram's nephew Lot accompanied him to Canaan, other descendants of Terah remained in Paddan-Aram, where Abraham's grandson Jacob sought his parents' relatives, namely Laban, for whom he worked for twenty years in Haran.

Abraham did get to Canaan.  But he sent his servant to Mesopotamia to find a bride for  Isaac - Rebecca.  After his beloved wife Sarah died, he still kept on going .... 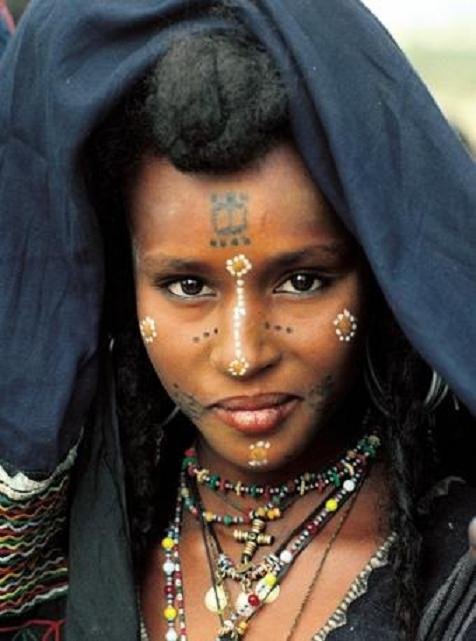 1 Then again Abraham took a wife, and her name was Keturah.
2 And she bare him Zimran, and Jokshan, and Medan, and Midian, and Ishbak, and Shuah.
3 And Jokshan begat Sheba, and Dedan. And the sons of Dedan were Asshurim, and Letushim, and Leummim.
4 And the sons of Midian; Ephah, and Epher, and Hanoch, and Abidah, and Eldaah. All these were the children of Keturah.
5 And Abraham gave all that he had unto Isaac.

6 But unto the sons of the concubines, which Abraham had, Abraham gave gifts, and sent them away from Isaac his son, while he yet lived, eastward, unto the east country.

7 And these are the days of the years of Abraham's life which he lived, an hundred threescore and fifteen years.

8 Then Abraham gave up the ghost, and died in a good old age, an old man, and full of years; and was gathered to his people.
9 And his sons Isaac and Ishmael buried him in the cave of Machpelah, in the field of Ephron the son of Zohar the Hittite, which is before Mamre;
10 The field which Abraham purchased of the sons of Heth: there was Abraham buried, and Sarah his wife.

The Hittites were Aryans.

A map of the eventual Hittite Empire, it included Harran 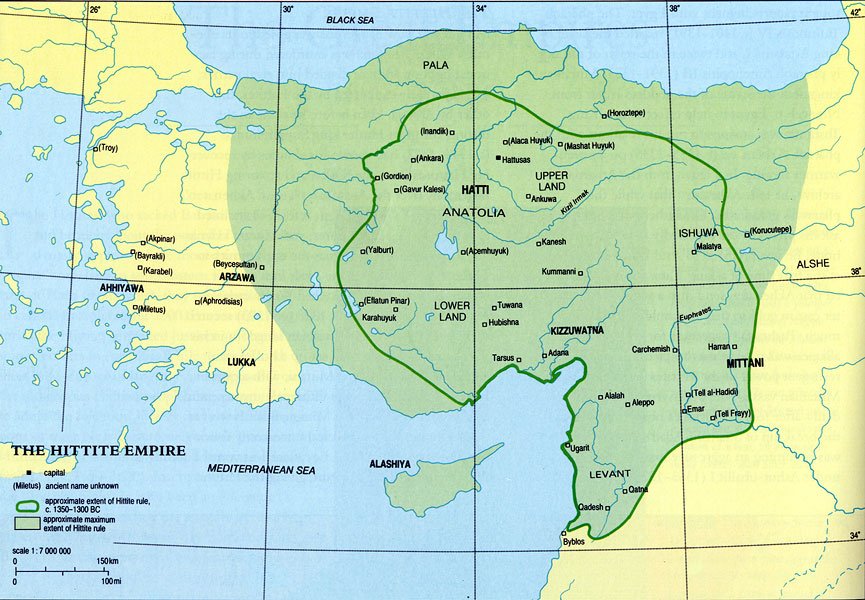 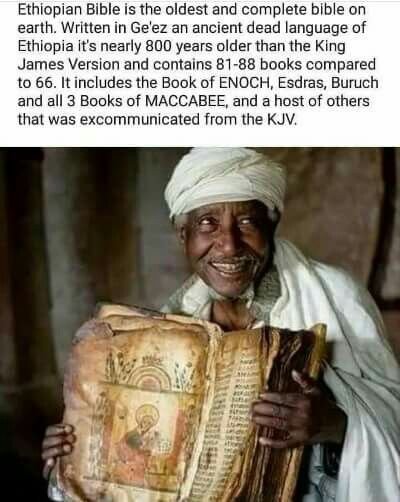 Source:  Internet, so not checked, but interesting as food for thought