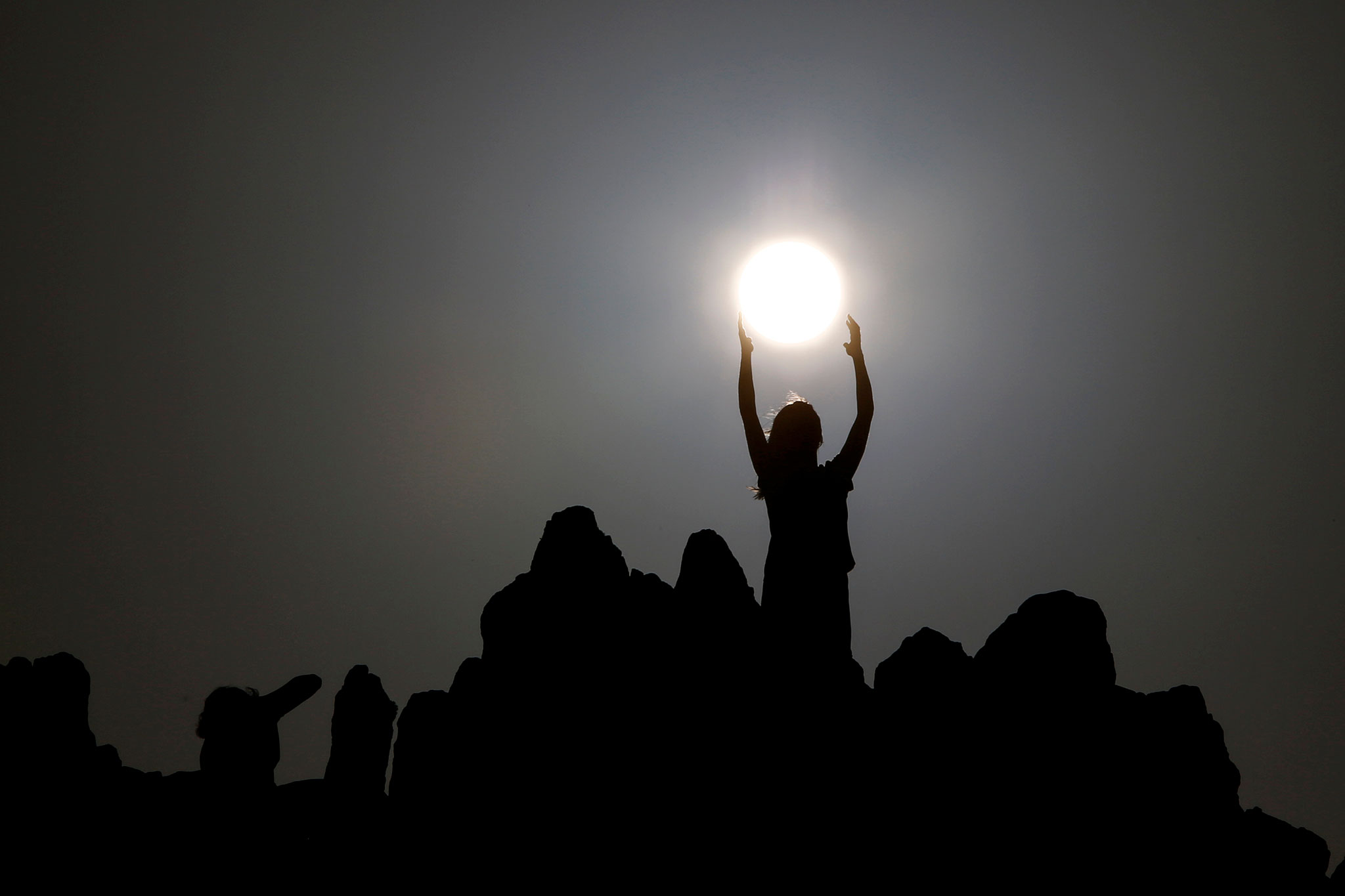 The War of the Sons of Light Against the Sons of Darkness was discovered among the Dead Sea Scrolls found in Qumran Caves 1 and 4.  The document is made up of various scrolls and fragments including IQM, 1Q33, 4Q491-7, and 4Q471. It is believed that The War of the Messiah is the conclusion to this document.

1QM consists of 19 columns, of which the first 14-19 lines of each have been preserved.

A few detached scraps are represented by 1Q33.  Copious fragments of six further manuscripts were discovered in Cave 4. 4Q497 represents tiny fragments of a related text, and 4Q471 or 4QM a shorter version of 1QM. 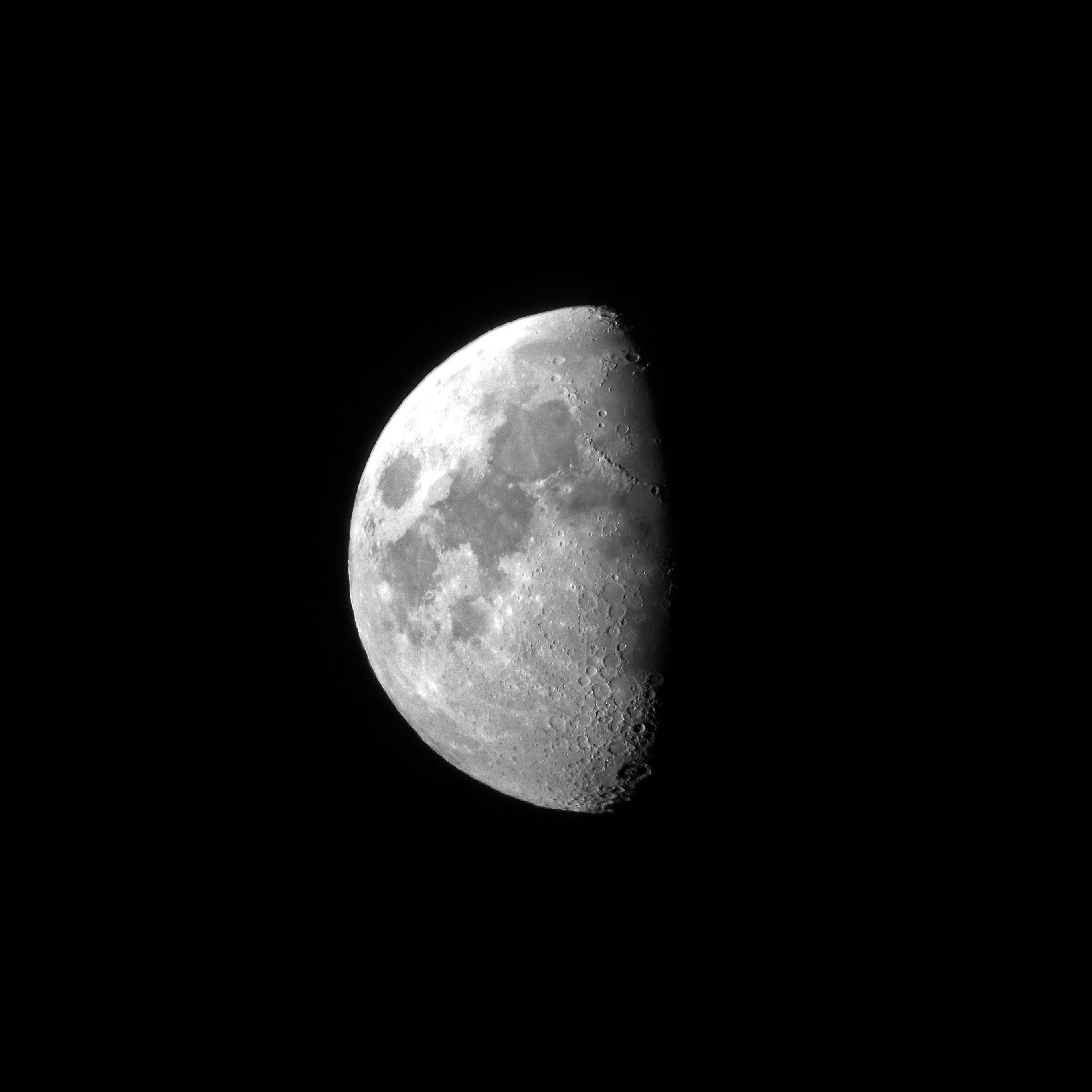 The primitive work, represented in the present composition by columns 1 and XV-XIX, draws its inspiration from Daniel xi, 40-XII, 3, and describes the final battle against the Kittim.  The only certain pointer to the date of the compilation of the War Rule is that, since the author made use of the Book of Daniel written shortly after 164 BCE, his own work must have been started after that time.

Scholars make the assumption it is some kind of historic document relating to a past or prophesied future military war, but this document is one of the most important mystic documents relating to the Great Work and the spiritual path.  The scroll is allegory – a story describing the fundamentals of the battle between Light and Darkness, as a whole and on a personal level, - just like stories such as Star Wars, Harry Potter and the Lord of the Rings, all of which are based on exactly the same theme.

Only the Light can dispel Darkness.  By ignoring Darkness it grows and can consume the Light.  Thus there is always a battle for Illumination.  The spiritual path of every entity from human being to an entire country is based on bringing Light to the Darkness.

And it is also a prophecy of a future apocalyptic showdown between the two great forces of the universe. 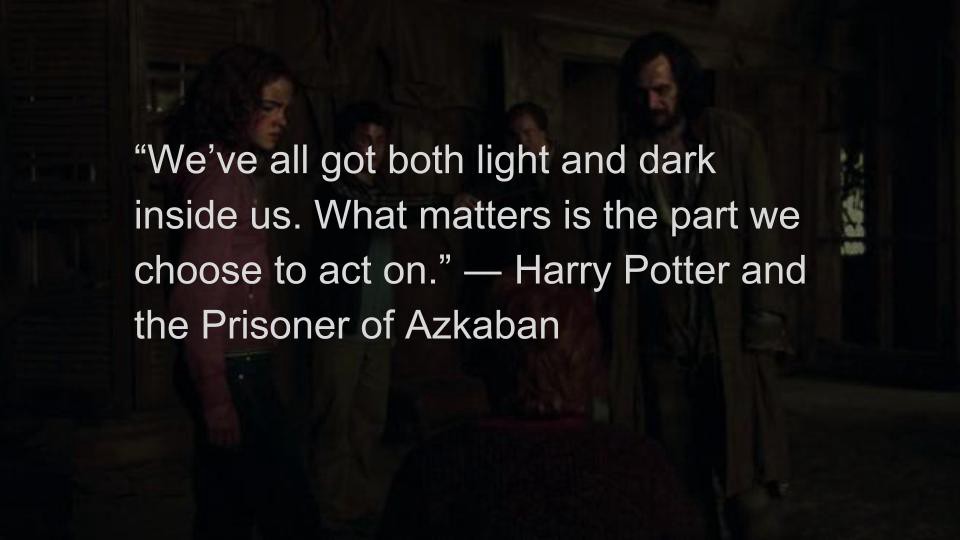 The two great forces of the universe

The two symbolic terms Dark[ness] and Light have a meaning. Good and evil are predicated on where you stand - good to some is evil for others - a value judgement - as is 'right' and 'wrong' - whereas Darkness and Light are the two balancing forces in the universe. They have always existed and always will exist, they drive change. 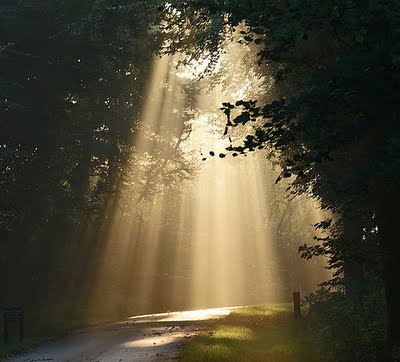 Chess is symbolically the game used to represent those battles with the Queens being the most powerful!  But in this story it is the Sons of Light and the Sons of Darkness that are described.

The moment the two forces are balanced, we get no change and according to mystic thought, when there is no change - stalemate - the universe actually disappears! The game ends and a new game starts.

The existence of these two fundamental forces is strategically essential to the Great Work - the Intelligences plan for the evolution of the universe.

To anyone involved, the way things are working out may seem entirely nonsensical, people being killed, animals being destroyed, pain and agony, but this may be because we are not seeing the big picture.  As the hymn goes 'God works in mysterious ways his wonders to perform'.
Sometimes destruction of a horrendous and brutal kind [Darkness] has to take place before new systems can be put in place [Light].
WWII for example [Dark] more or less confirmed that women could run a country [Light] without men - they certainly ran the UK very adequately.  Consequently, anyone denying a woman education or a job after WWII, because women were in some way 'mentally inferior', had not a leg to stand on - because things went very smoothly when the UK was run by women.

The Hindus have a far better representation of all this than western thought in the Trimurti. The Trimurti (English: ‘three forms’; Sanskrit: त्रिमूर्ति trimūrti) describes the three main functions of the Great Work -- creation, maintenance, and destruction.

They are personified by the forms of the Ultimate Intelligence ['God', Brahma] - the creator, the maintainer or preserver, and the destroyer or transformer. AUM [Om].

‘The three sounds not in union lead again to life that dies; but the wise who merge them into a harmony of union in outer, inner and middle actions becomes steady, he trembles no more’ [Prasna Upanishad]

The meaning of Darkness and Light 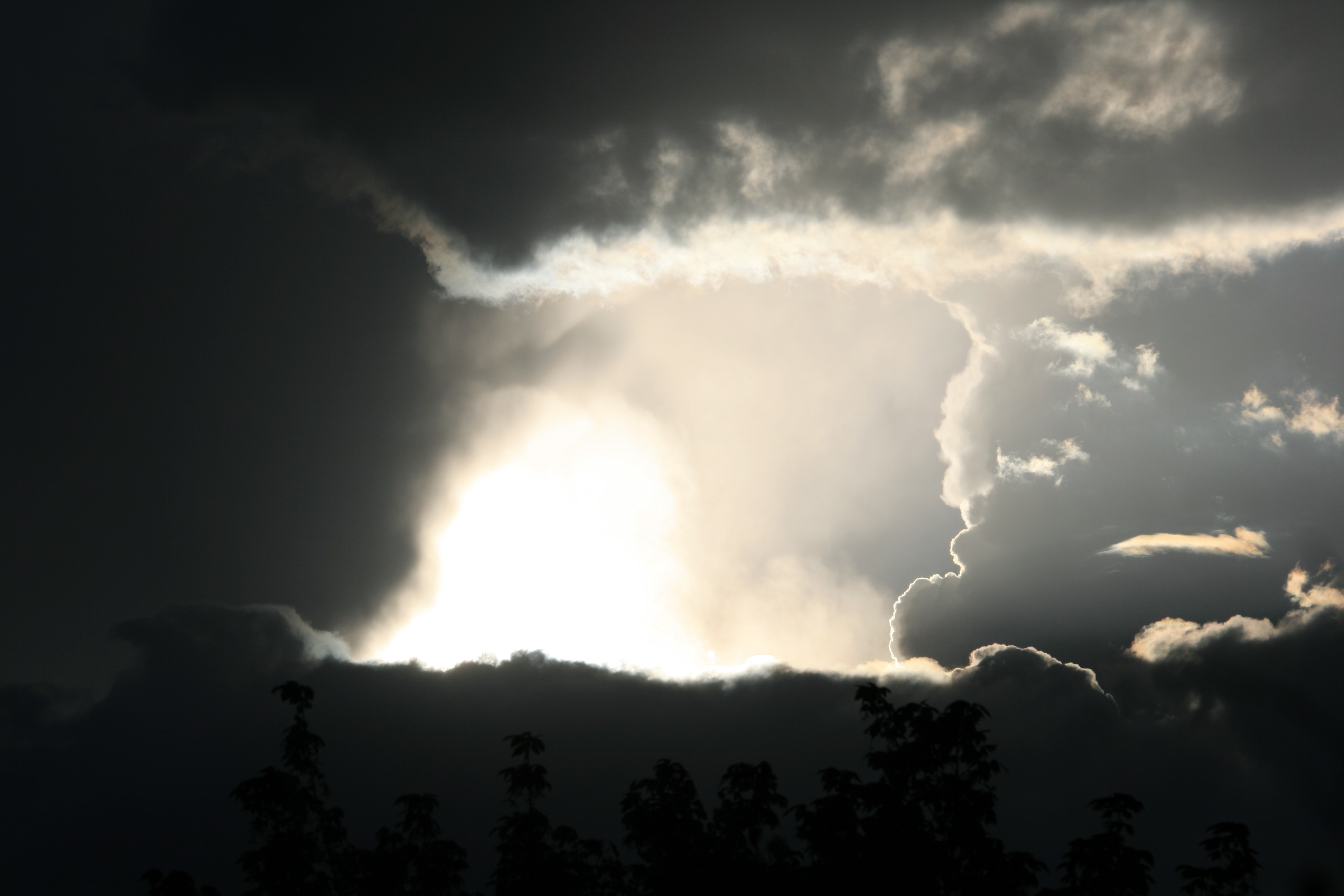 The fundamental divide is between Love and hate.

Again there are no value judgements applied here and occasionally those people who think they are in one category are actually acting in another.  The missionary heading off to convert people who he has already judged are ‘backward’, is actually being a destroyer – attempting to destroy the beliefs and thus the culture of other people.  He is acting as a Son of Darkness.

There are a lot of people jumping up and down and getting angry and abusive, for example, over 'rich' people and how ‘evil’ they are, but this too is entirely wrong. Harry Potter's author J K Rowling is rich, but she is also entirely ethical and her books have given pleasure to millions. A pop group like the Beatles made their millions by giving pleasure through their music - and George Harrison was not only ethical he was an aspiring mystic.  There is not only no hurt, but there is love involved.

There is nothing wrong with making or having money if your motives are honest, you aim to help and give pleasure to people or you run your business ethically - more on the lines of Quakers, for example, underpinned by moral values.

Yoda "Clear your mind must be, if you are to find the villains behind this plot.
If no mistake have you made, yet losing you are… a different game you should play."

Overview of the Story

The war is described in two distinct parts:

The War against the Kittim

In all personal battles, we are beset by spirit helpers, some of whom are indeed helpful, but others of whom are devils in disguise trying to lead us astray.  In the War against the Kittim each side is prophesied to fight alongside angelic hosts and supernatural beings and final victory is achieved for the Sons of Light directly by the ‘hand of God’- our Higher spirit.

The people involved in this battle are:

After the War against the Kittim there is a six-year period of preparation culminating in the restoration of the ‘Temple’ in Jerusalem.  More details are however given below on the names and symbolism being used here.

The War of Divisions 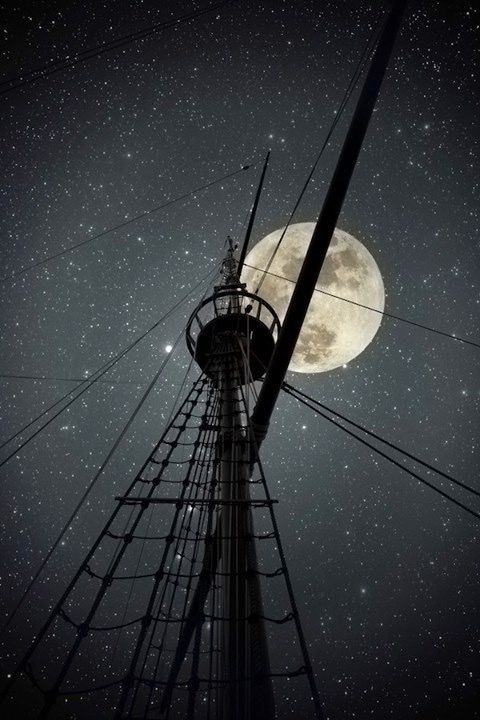 The second part of the war (the War of Divisions) is described as the Sons of Light, now the united ‘twelve tribes of Israel’, conquering the "nations of vanity."  In the end, all of Darkness is to be destroyed and Light will live in peace for all eternity.

There are links here with resurrection and judgement day.  The text goes on to detail inscriptions for trumpets [tunnels or horns]  and banners [prayers] for the war and liturgies for the priests during the conflict.

Background to the Story

Israel is a Biblical given name. The patriarch Jacob was given the name Israel (Hebrew: יִשְׂרָאֵל, Standard Yisraʾel Tiberian Yiśrāʾēl), according to the Torah, by Adonai.

Jacob (Ya-akov meaning heel holder or supplanter) was the son of Isaac, the grandson of Abraham and the father of the 12 patriarchs of Israel.

It means God’s fighter - a messiah,  “yisrael is formed from a wordplay using the verb yisreh meaning to fight or will fight combined with the suffix –el meaning God”   It tallies with the idea of sacrifice - the Akedah or Aqedah,  - the story from the Hebrew Bible in which God asks Abraham to sacrifice his son, Isaac, remembering that sacrifice is also symbolic.

Jacob's descendants came to be known as the Israelites, eventually forming the tribes of Israel and ultimately the kingdom of Israel, whence came the name of the modern-day State of Israel.

Thus Israel is not the country but the ‘tribe’ as it were.

Many ancient documents, including the Bible,  promote the idea that a sequence of messiahs – a long chain of messiahs who ‘fight for God’ are to be expected over time. 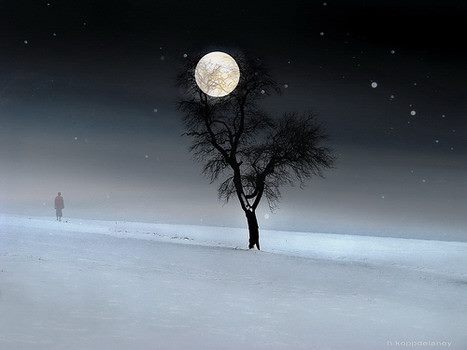 There is also frequent reference in the Bible, as well as the Scrolls themselves, to “the Temple”.   A Temple is symbolic in all mystic systems.  It is the same as a ‘palace’ - a system of belief or a spiritual set of constructs.  Thus it is an idea, - a foundation on which a civilisation can be constructed as opposed to a physical building.  Generally speaking the civil system which then emerges from the belief system is called symbolically a ‘city’.  Thus ‘cities’ are based around ‘palaces’.

Very few Bible readers ever note the distinction between the House of Israel and the House of Judah, yet this distinction was marked from the time of Jacob; the prophets absolutely insist upon it. ‘Israel’ seceded from ‘Judah’, being unable to live with that people any longer. …... The two Houses are distinct to this day, although a future reunion, a spiritual reunion, is prophesied to come.
Yet the false idea that the Jews constitute All Israel has penetrated the Christian consciousness to an alarming extent, …. the Old Testament is nine-tenths an Israelitish book, and not a Jewish book. Abraham was not a Jew; Isaac was not a Jew; Jacob was not a Jew; Moses was not a Jew; Joshua was not a Jew; Gideon was not a Jew; Samuel was not a Jew; even Esther and Mordecai were not Jews, but Benjamites; the majority of the prophets were not Jews, but Israelites.. …..
In the Bible, Israel is the Chosen People of Blessing, and the time is announced when Judah shall walk to Israel and recognize them and become one with them.
There is a chosen racial breed, a select seed, a superior strain of blood and soul in the world, but it is not Judah.

For an alternative edition of all the War Scroll material except 4Q471 see J. Duhaime in J. H. Charlesworth et al., eds., The DSS II Damascus Document, War Scroll and Related Documents, 1995, 80-203.  Some of the 4Q fragments basically reflect the Cave 1 text and help to complete its gaps:

We have used a freely available online version of the text – The Complete Dead Sea Scrolls in English. 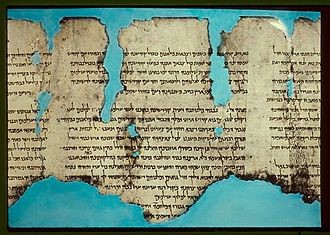