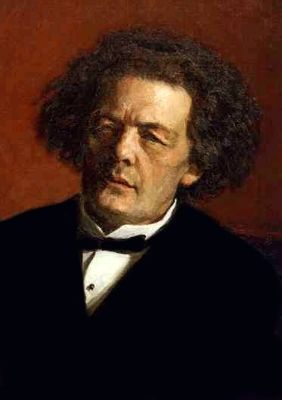 Rubinstein was a prolific composer throughout much of his life. He wrote 20 operas, the best known of which is The Demon. He composed a large number of other works, including five piano concertos, six symphonies and a large number of solo piano works along with a substantial output of works for chamber ensemble.

As a pianist, Rubinstein ranks among the great 19th-century keyboard virtuosos. He became most famous for his series of historical recitals—seven enormous, consecutive concerts covering the history of piano music. Rubinstein played this series throughout Russia, Eastern Europe and in the United States when he toured there.

Although best remembered as a pianist and composer he was also an educator.  He was, for example, the composition teacher of Tchaikovsky.  And Rubinstein also taught his only private piano student, Josef Hofmann. Hofmann would become one of the finest keyboard artists of the 20th century.

He enthralled you by his power, and he captivated you by the elegance and grace of his playing, by his tempestuous, fiery temperament and by his warmth and charm. His crescendo had no limits to the growth of the power of its sonority; his diminuendo reached an unbelievable pianissimo, sounding in the most distant corners of a huge hall. In playing, Rubinstein created, and he created inimitably and with genius. He often treated the same program absolutely differently when he played it the second time, but, more astoundingly still, everything came out wonderfully on both occasions.

Rubinstein was born on 1829, to Jewish parents in the village of Vikhvatinets in the Podolia Governorate, Russian Empire (now known as Ofatinți in Transnistria, Republic of Moldova), on the Dniestr River, about 150 kilometres (93 mi) northwest of Odessa.

On 26 August 1827, an edict was introduced, which required Jewish boys to serve in the Russian military for 25 years from the age of 18.  Furthermore, under Nicholas I, the study of the Talmud was disapproved and Nicholas I toughened censorship of Jewish books in Yiddish and Hebrew.

Before he was 5 years old, Rubinstein's paternal grandfather ordered all members of the Rubinstein family to convert from Judaism to Russian Orthodoxy.

In other words, Rubinstein wisely kept his beliefs [and nationality] to himself throughout his life.  But there is one thing that is well documented and that is that he communicated telepathically, when he was dying of heart disease, to one of his students, Lillian Nichia, whose account of this experience we have.

As we saw, Rubinstein was born in what is now the Republic of Moldova, however, Rubinstein's father opened a pencil factory in Moscow, where they then moved. 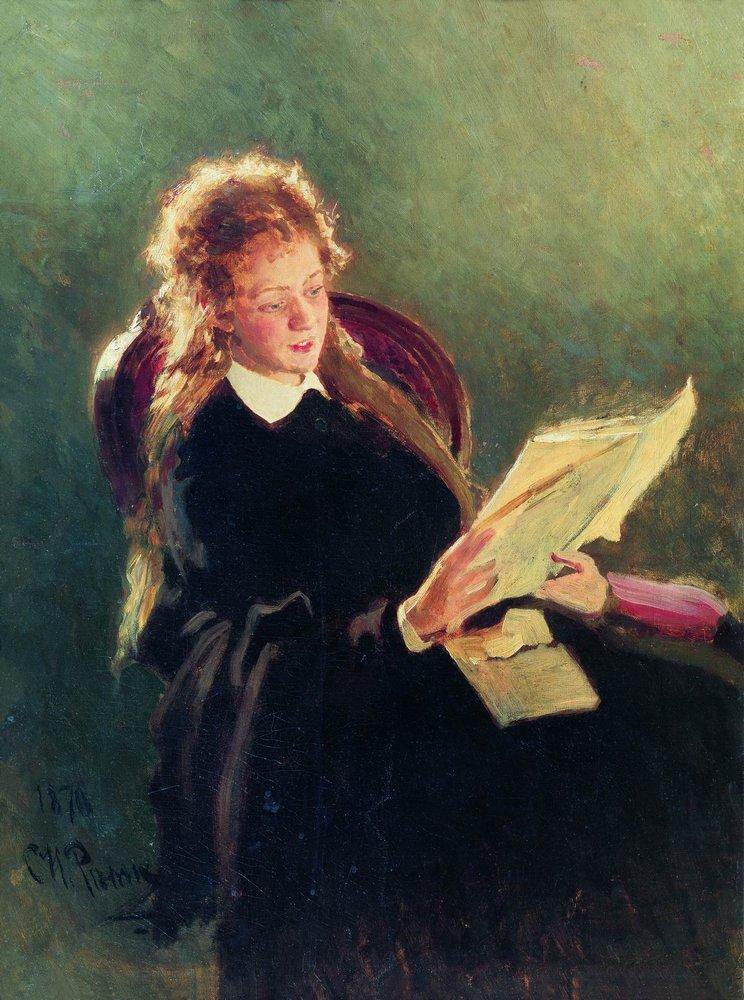 His mother, a competent musician, began giving him piano lessons at five, until the teacher Alexander Villoing [fr] heard and accepted Rubinstein as a non-paying student. Rubinstein made his first public appearance at a charity benefit concert at the age of nine and later that year Rubinstein's mother sent him, accompanied by Villoing, to Paris.  Rubinstein and Villoing remained in Paris for a year.  Villoing then took Rubinstein on an extended concert tour of Europe and Western Russia. They finally returned to Moscow in June 1843.  Anton and his younger brother Nikolai, were dispatched to Saint Petersburg to play for Tsar Nicholas I and the Imperial family at the Winter Palace. Anton was 14 years old; Nikolai was eight.

In spring 1844, Rubinstein, Nikolai, his mother and his sister Luba travelled to Berlin. Word came in the summer of 1846 that Rubinstein's father was gravely ill. Rubinstein was left in Berlin while his mother, sister and brother returned to Russia.   Anton survived by giving piano lessons. 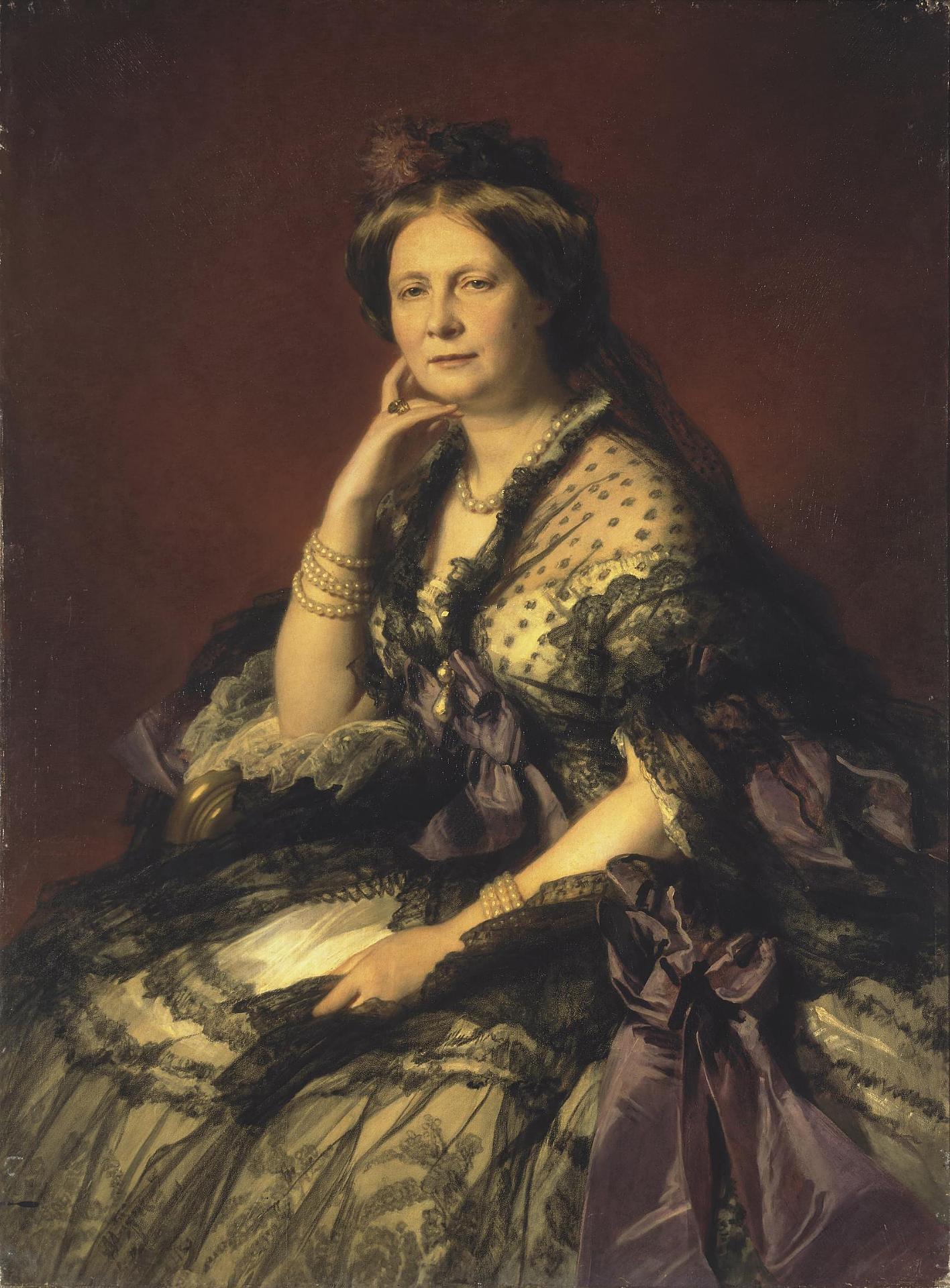 The Revolution[s] of 1848 forced Rubinstein back to Russia. The year 1848, was a time of considerable political upheaval throughout Europe. Over 50 countries were affected, tens of thousands of people were killed, and many more were forced into exile. Significant lasting reforms included the abolition of serfdom in Austria and Hungary, the end of absolute monarchy in Denmark, and the introduction of representative democracy in the Netherlands. The revolutions were most important in France, the Netherlands, the states of the German Confederation that would make up the German Empire in the late 19th and early 20th century, Italy, and the Austrian Empire.

Spending the next five years mainly in Saint Petersburg, Rubinstein taught, gave concerts and performed frequently at the Imperial court. The Grand Duchess Elena Pavlovna, sister-in-law to Tsar Nicholas I, became his most devoted patroness. 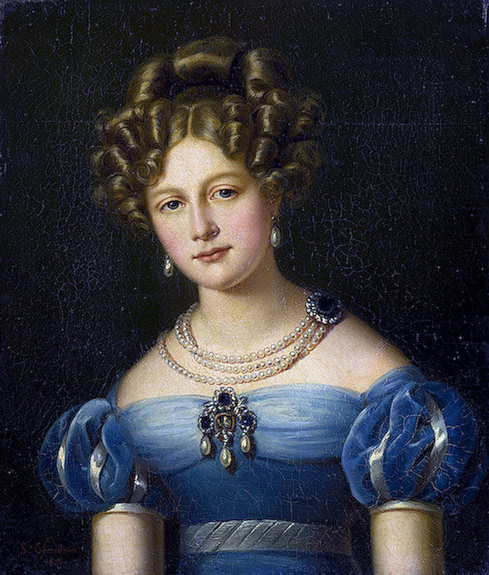 Princess Charlotte of Württemberg (9 January 1807 – 2 February 1873) was the aunt by marriage of Tsar Alexander II and the sister-in-law of Tsar Alexander I and Tsar Nicholas I.  In 1822, aged just 15, she became engaged to Grand Duke Mikhail Pavlovich of Russia, her first cousin once removed.  On 17 December 1823, she was received into the Russian Orthodox Church and was given the name Elena Pavlovna. On 20 February 1824, the couple married in Saint Petersburg, she was 17.  Their marriage was not a happy one.   It was said that Charlotte [re-christened Elena] was an “exceptional girl, highly intelligent and mature for her age”. 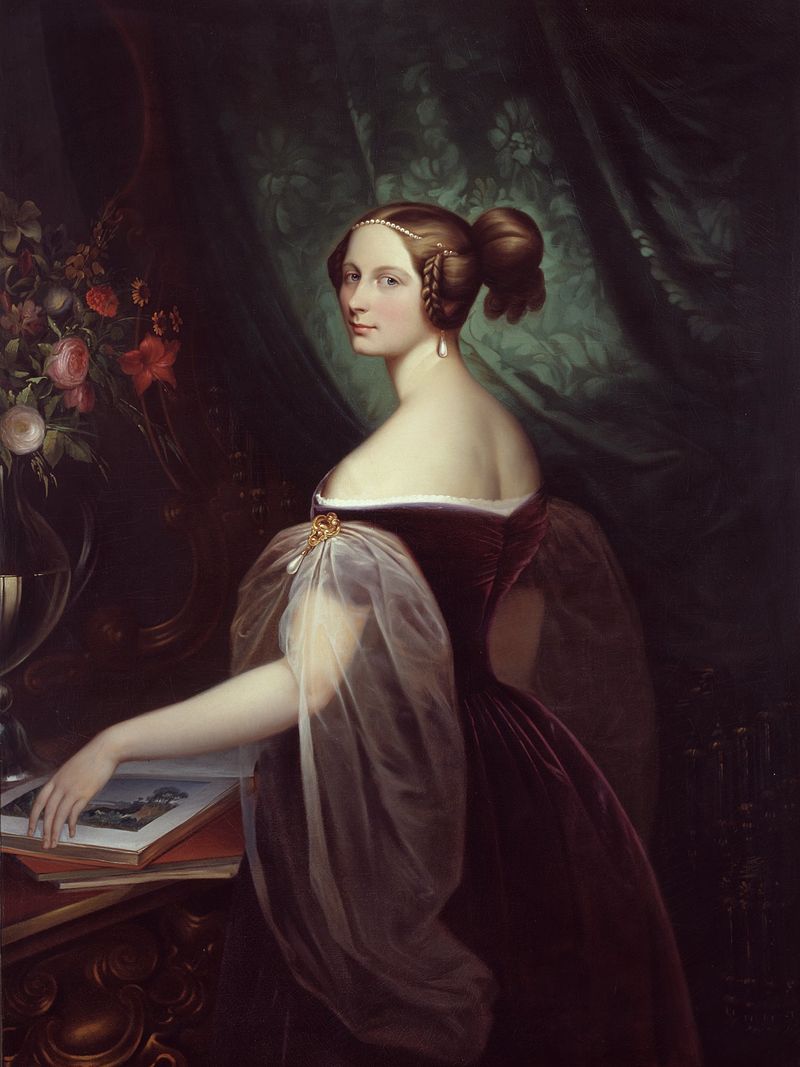 When Princess Charlotte's husband died, in 1849, she became a patron of several charitable organizations and the arts. She gathered a group of nursing sisters who would eventually become the forerunners of the Red Cross in Russia. During her time in Russia, she became known as the "family intellectual", and was considered the most exceptional woman in the family since Catherine the Great. She founded the Russian Musical Society and the Saint Petersburg Conservatoire, and was also liberal on serfdom. She helped to push Alexander II to abolish serfdom.

By 1852, Elena was 45 and a widow, whereas Rubinstein was still in his twenties.  He became a leading figure in Saint Petersburg's musical life, performing as a soloist and collaborating with some of the outstanding instrumentalists and vocalists who came to the Russian capital.  He also composed assiduously.  As a patroness of the composer, Elena commissioned his first three operas: Fomka the Fool (1853), The Siberian Hunters, and Vengeance.

Rubinstein’s first piano concerto was written in 1850 under Elena’s patronage.  After a number of delays, including some difficulties with the censor, Rubinstein's opera, Dmitry Donskoy (now lost except for the overture), was performed at the Bolshoy Theater in St. Petersburg in 1852. 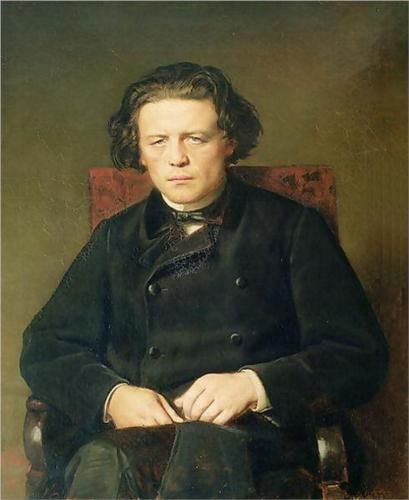 As we can see Elena provided Rubinstein with security and encouragement, he in his turn gave her … well who knows.  Rubinstein even spent one tour break, in the winter of 1856–57, with Elena Pavlovna and much of the Imperial royal family in Nice.  Rubinstein participated in ‘discussions’ with Elena Pavlova on plans to raise the level of musical education in their homeland; these bore initial fruit with the founding of the Russian Musical Society (RMS) in 1859.

Elena died in Stuttgart, at the age of 66, in 1873.  And it had a very severe effect on Rubinstein, then in his forties.

Up to the late 1860s, Rubinstein played his own compositions. At several concerts, for example, Rubinstein alternated between conducting his orchestral works and playing as soloist in one of his piano concertos. Although reviews were mixed about Rubinstein's merits as a composer, they were more favourable about him as a performer.

In power and execution he is inferior to no one. 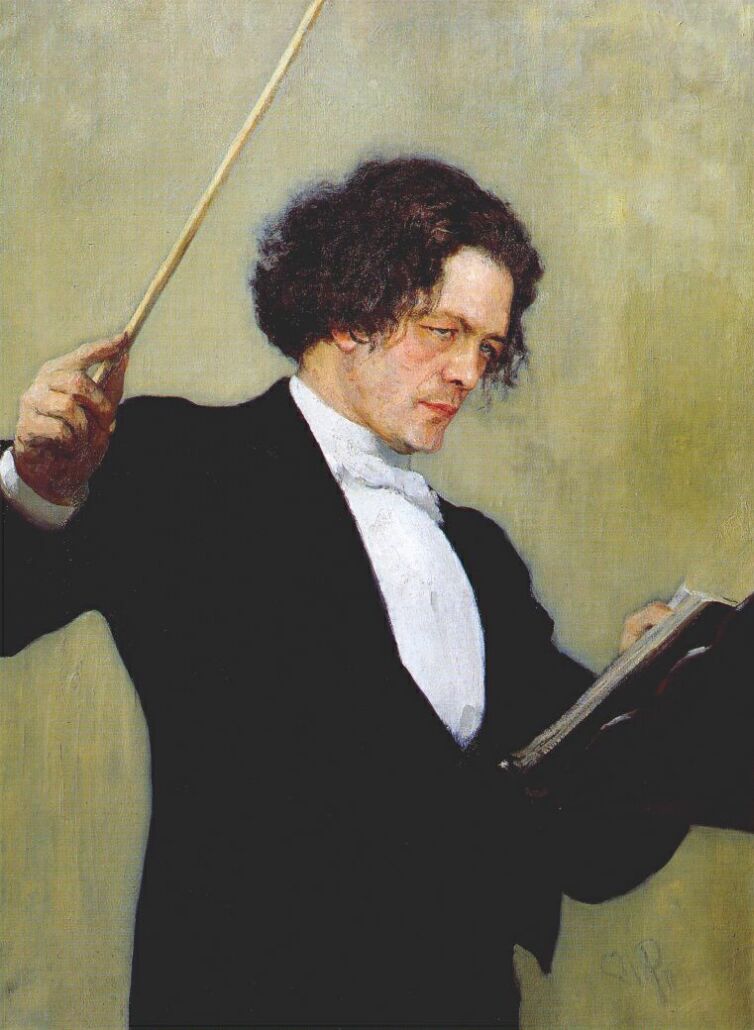 By 1867, however, the relentless criticism of the Russian nationalist music group now known as ‘The Five’, consisting of Mily Balakirev (the leader), César Cui, Modest Mussorgsky, Nikolai Rimsky-Korsakov and Alexander Borodin, who all lived in Saint Petersburg, and collaborated from 1856 to 1870, led to intense dissension within the Conservatory's faculty. Rubinstein resigned and returned to touring throughout Europe.  However, unlike his previous tours, he began increasingly featuring the works of other composers.

At the behest of the Steinway & Sons piano company, Rubinstein toured the United States during the 1872–3 season. Rubinstein wrote of his American experience:

May Heaven preserve us from such slavery!

Under these conditions there is no chance for art—one simply grows into an automaton, performing mechanical work; no dignity remains to the artist; he is lost.... The receipts and the success were invariably gratifying, but it was all so tedious that I began to despise myself and my art. So profound was my dissatisfaction that when several years later I was asked to repeat my American tour, I refused point blank...

Despite his misery, Rubinstein made enough money from his American tour to give him financial security for the rest of his life. Upon his return to Russia, he purchasing a dacha in Peterhof, not far from Saint Petersburg.  But in 1891, he left Russia—over Imperial demands that Conservatory admittance, and later annual prizes to students, be awarded along ethnic quotas instead of purely by merit. These quotas were designed to effectively disadvantage Jews. Rubinstein resettled in Dresden.

He gave his final concert in Saint Petersburg on January 14, 1894. With his health failing rapidly, Rubinstein moved back to Peterhof in the summer of 1894. He died there on November 20 1894, having suffered from heart disease for some time.