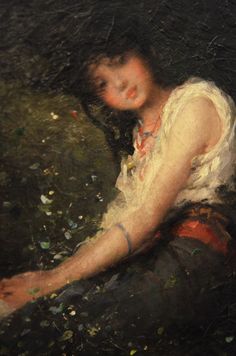 ANNE JEFFERIES was the daughter of a poor labouring man, who lived in the parish of St Teath in Cornwall, UK. She was born in 1626, and is supposed to have died in 1698.

Anne Jefferies became famous throughout England as a faith- healer and ‘fairy contactee’.

Moses Pitt writes that "People of all Distempers, Sicknesses, Sores, and Ages" travelled from far and wide to Cornwall to see the girl and receive her magical treatment. She charged no fee for her work."

Outside the dramatic inventions of Shakespeare, Drayton, Herrick et al., most accounts of human interaction with the faeries from the Early Modern period are derived from the disparate records of witch trials.
These records often chronicle the accused witches’ testimony (usually under torture) of consorting with faerie familiars, for the purposes of divination, healing and sometimes flying to Sabbaths.
Historians such as Carlo Ginzberg and Emma Wilby have teased out the detail from the trial records to create a convincing argument that they encode genuine evidence of shamanic practice amongst the witches, who were frequently able to interact with the faeries in a disassociated altered state of consciousness.
The records supply us with the largest body of documentary evidence for the ontology of the faeries between the 16th and 18th centuries. But there is one unusual case that comes down to us from different sources, and yet contains many of the motifs usually contained in the witch trials. This is the story of Anne Jefferies from St Teath, close to the north coast of Cornwall. 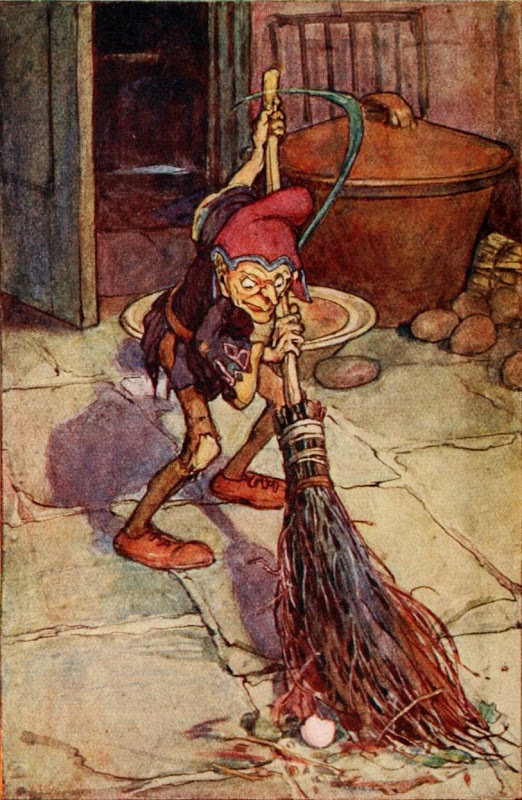 Anne Jefferies was nineteen when she went into service in 1645 with the wealthy Pitt family on their country estate near St Teath.

A description of what happened to her is contained in a letter, dated 1696, from Moses Pitt to the Right Reverend Dr. Edward Fowler, Bishop of Gloucester.  The letter found its way into the hands of the 19th-century folklorist (and scientist) Robert Hunt, who was able to supplement the details with his own collection of local oral testimony, where the story had evidently been doing the rounds for over 150 years.

Hunt’s literary rendering of the story appeared in his 1865 publication Popular Romances of the West of England, along with extracts from Moses Pitt’s letter.  We have provided this as an observation.

The letter from Moses Pitt explains how one day Jefferies had been knitting in an arbour in the garden when " she fell into a kind of Convulsion-fit." Soon afterwards members of the family found her writhing on the ground and carried her indoors, where she was taken to her bedroom and allowed to rest. When she regained consciousness she startled everyone gathered at her bedside by crying out, "They are all just gone out of the Window; do you not see them?" … Fairies.

This and similar outbursts were immediately "attributed to her Distemper," her employers supposing she was suffering 'a bout of feverish light-headedness.' 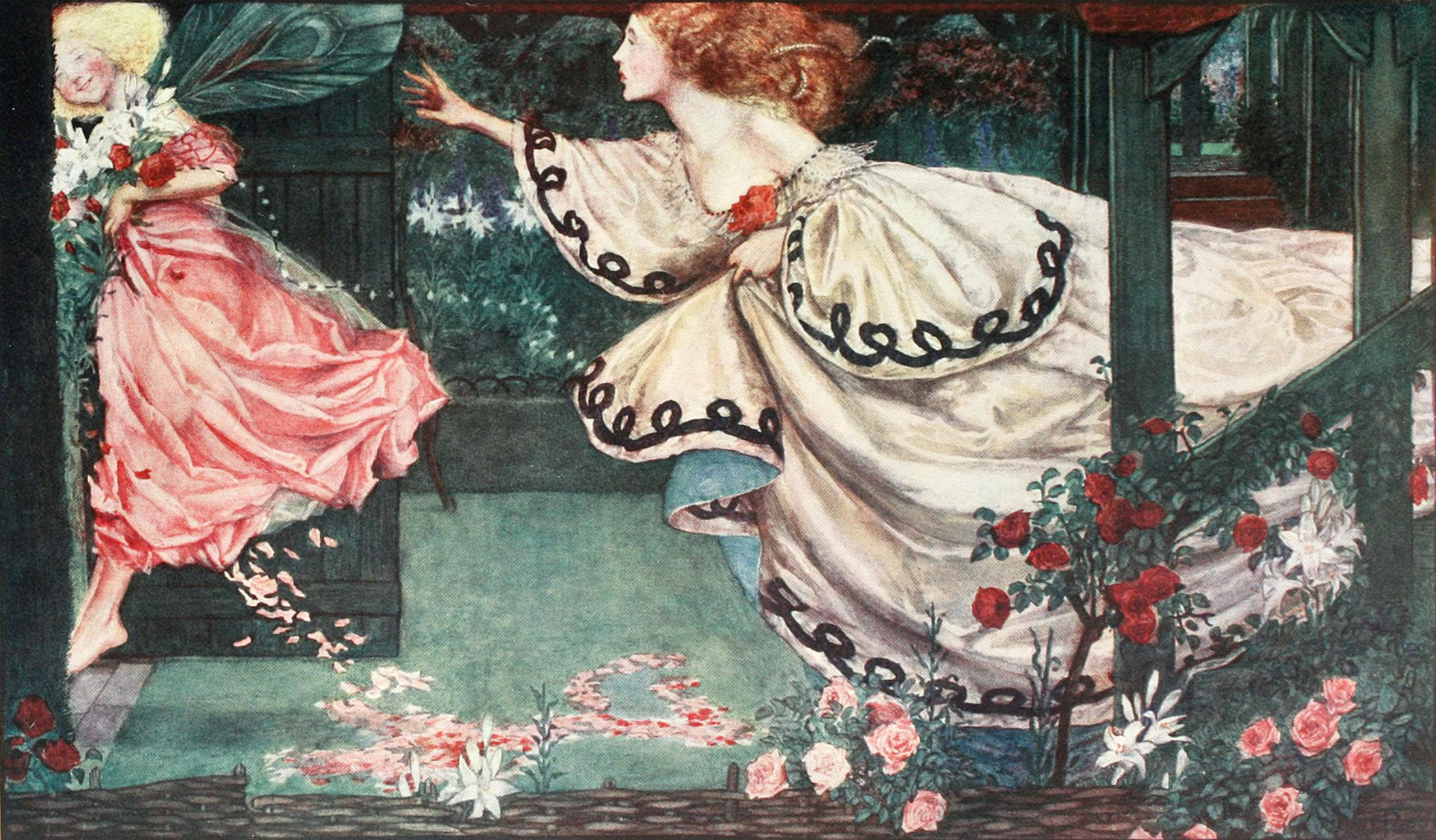 Anne Jefferies remained in an unstable condition for some time, unable even to "so much as stand on her Feet." Gradually, however, she managed to recover from her sickness and by the following year was able to reassume her duties as a maid but she had not exactly become her old self again. 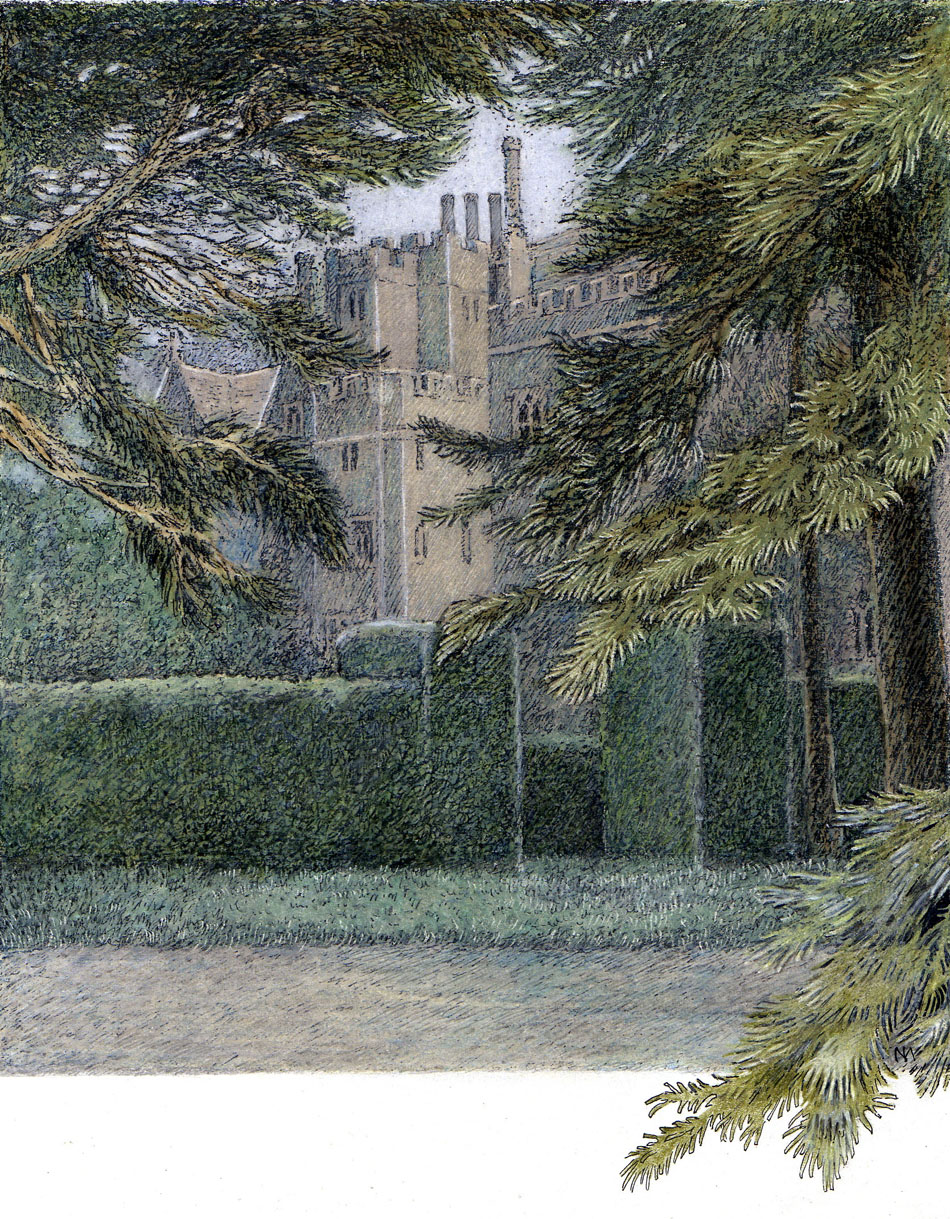 Pitt writes that the first indication that Jefferies had acquired new skills came "one Afternoon, in the Harvest-time," when his mother slipped and broke her leg on the way back from the mill.

A servant was told to saddle a horse and fetch Mr. Hob, the surgeon, from a nearby town.

"Anne Jefferies came into the room and saw Mrs. Pitt with her leg outstretched. She asked her to show her the wound, which the woman did after some persuasion, and to rest the leg on her lap. Stroking it with her hand, Anne asked whether the woman was feeling any better. My Mother confess'd to her she did. Upon this she desired my Mother to forbear sending for the Chyrurgeon, for she would, by the Blessing of God, cure her leg."

We have included this as the second observation.

Anne’s healing abilities were, she said, a gift of the fairies, who also told her of remote events; in effect they became her helpers.  What tends to confirm that these were helpers, but not aliens from a UFO is that the faeries were only visible to her and no-one else.  Whatever had happened during the fit had opened her to seeing at other ‘levels’.  She became clairvoyant and found she could go for long periods without eating any food, as the faeries supplied her with a special bread that sustained her. Pitt also chronicles her apparent ability to make herself invisible.  In other words she could apport herself.

Unfortunately, so many strange goings on and her growing reputation as a seer worried the local authorities. They sent 'Magistrates and Ministers' to question the maid on the nature of her supernatural contacts.

Despite hearing Anne Jefferies' "very rational Answers to all the Questions they then ask'd her," her interrogators concluded that the spirits she spoke to were "the Delusion of the Devil," and they "advised her not to go to them when they call'd her." Not long after this, the Justice of the Peace in Cornwall, John Tregagle Esq., issued a warrant for her arrest.

A 1647 document confirms Anne’s presence in Bodmin gaol and that she was deprived of food for several months without any apparent detriment to her health.

When she was finally freed it was decided that she could not return to the house of the Pitts, so she went to stay with Moses Pitt's aunt, Mrs. Francis Tom, near Padstow.

There "she liv'd a considerable time, and did many great Cures," but later moved into her own brother's house and eventually married.

Abduction by fairies - physical or metaphysical? 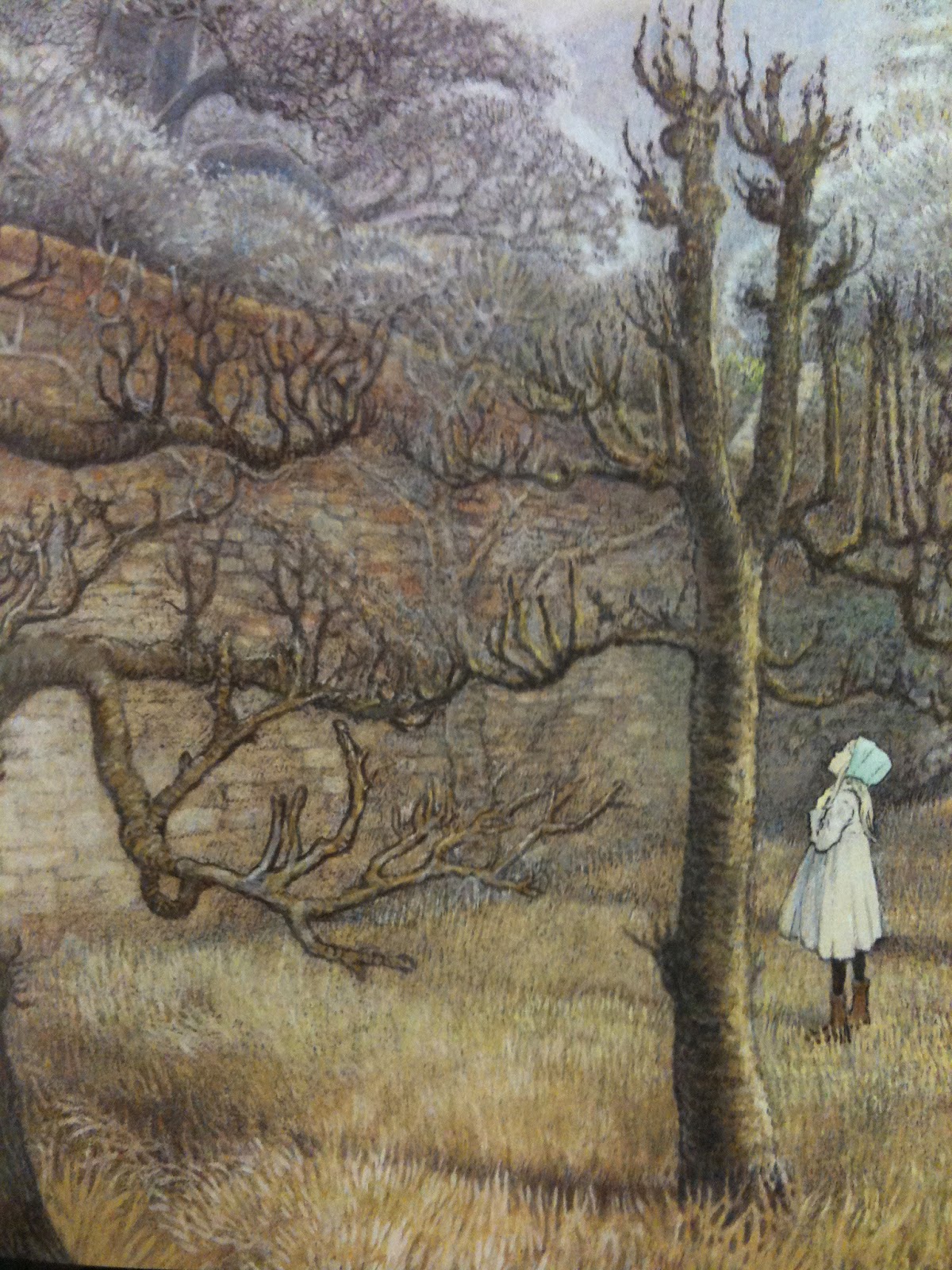 Anne’s experience of abduction by the faeries bears many similarities with the recorded confessions of witches on trial in the 17th century.

There is much evidence to suggest that these witches were recalling metaphysical rather than physical events and that they were achieving flight, contact with faerie familiars, and journeying to faerieland (or/and Sabbaths) via an altered state of consciousness, brought about by a variety of methods.

This correlates with shamanic practice, and several authors have suggested that this was what underlay the witches’ experiences.

Many of the core attributes of shamanism described by Mircea Eliade (and by many anthropologists since) find resonance in the practices of pre-modern witches. Through a variety of methods – including ingestion of psychotropic plants and mushrooms, fasting, dance, illness, sensory deprivation – the shaman falls into an ecstatic trance. 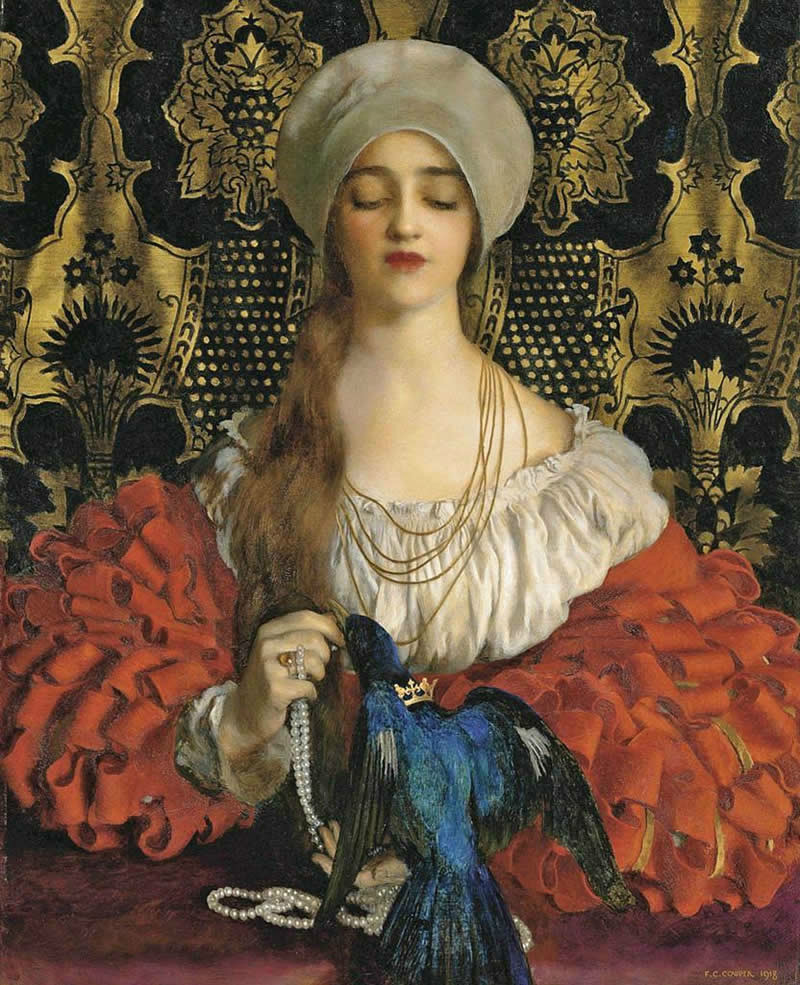 His/her body is left in a cataleptic state, whilst their consciousness is removed elsewhere, always with the aid of a totem animal. The shaman’s consciousness either becomes the animal or is guided by an animal during their out of body experience, enabling them to travel to a variety of metaphysical realms and bring back the required, or sought information.
During these ecstasies, the shaman is able to encounter other shamans (both friendly and hostile), who similarly disassociate their consciousness from their physical selves. These are the basic components of the witches’ ecstasies described through the medium of their Christian persecutors.
Whether these visionary episodes were remnants of pre-Christian Eurasian shamanism, or whether they were diffused from marginal societies in parts of Scandinavia, Eastern Europe and Siberia, where shamanism survived (in various forms) throughout the period, remains equivocal. But the ontological correlations strongly suggest that there was a medieval and Early Modern heretical witch cult in many parts of Europe, existing beneath the prevailing Christian orthodoxy, which utilised aspects of shamanism as its modus operandi.

Anne’s newfound healing abilities after her visit to faerieland certainly have shamanic undertones. But she was never accused of being a witch and her experiences do not suggest that she was ever involved with any other practicing witches.

Her original adventure was unexpected, and whilst many of the story’s motifs find commonality with the confessions of tried witches, Anne’s narrative retains a unique, personal quality that sets it apart from trial records. 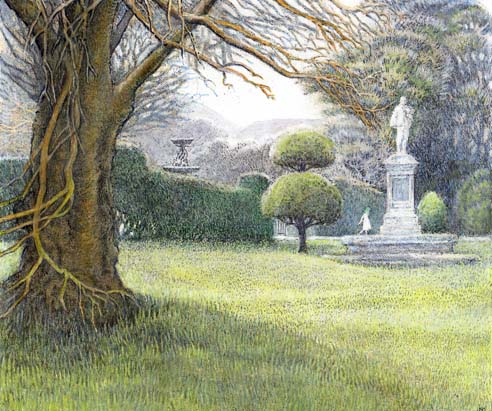 But we also know that Anne was not a well lady.  It is clear from both Hunt’s version of the story and Moses Pitt’s letter that she was prone to ‘distemper’ and ‘convulsion-fits’, and Pitt reports her as saying that ‘You know that this my Sickness and Fits come very suddenly upon me.’

Epilepsy is now well known for producing shamans and healers.  In older African societies, those with epilepsy were greatly revered and cared for – the diviners – those who were divine.  People with epilepsy have been known to feel themselves flying, floating, or leaving the body, as well as other mystical experiences.   The onset of an epileptic episode often includes a tingling or pricking of the eyes prior to loss of vision, just as reported by Anne after the faeries crawl onto her in the arbour.  In other words the immersion in the faerie realm, and the ability to continue communion with supernatural beings, do suggest that Anne was accessing a metaphysical reality through an altered state of consciousness.

Hidden or diagnosed, admitted or unknown, the mental states that occur in Temporal Lobe Epileptic seizures are more than simply neurological symptoms… People with Temporal Lobe Epilepsy, whether or not they know the physiological cause of their seizures, often incorporate their symptoms into poems, stories and myths. And the disorder does more than provide the stuff of religious experience and creative work. Temporal Lobe Epilepsy is associated with personality change even when seizures are not occurring; it amplifies the very traits that draw people to religion, healing and art.

Neil Rushton - is a freelance writer who has published on a wide variety of topics from castle fortifications to drug use. Recently he has been exploring the confluence between consciousness, insanity and reality and how they are affected through the use of a wide variety of drugs.  As far as his blog on Anne Jefferies goes, he writes that he is " not from Cornwall but currently reside in Porthleven… lots of piskies everywhere".  He says he "writes about my subversive thoughts... a lot of them are about those most ungraspable of creatures; faeries". 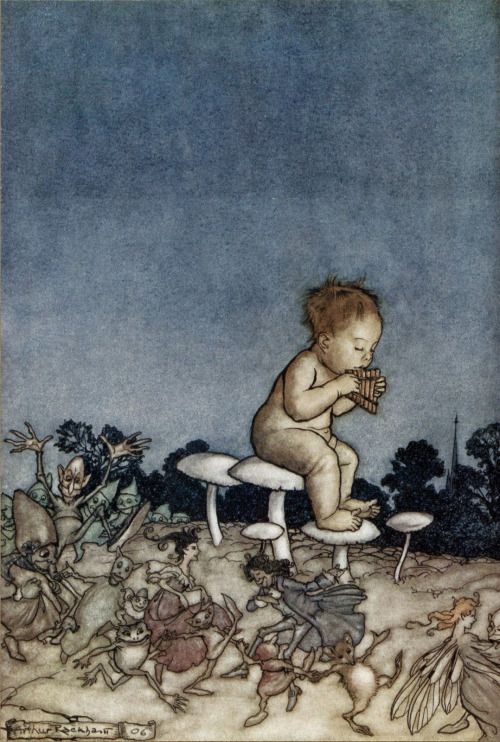 He has also published a novel, "Set the Controls for the Heart of the Sun", which is about "consciousness, insanity, the nature of reality and an array of mind-altering drugs. It begins in the ubiquitous high-rise tenements of an English city and ends in the menacing pastoral ambience of a time-skewed countryside, where it might be the present or it might be the past… or it might not even exist anywhere but in the consciousness of the nameless protagonist".

Eve LaPlante - 1993 Seized -  uses historic and contemporary examples to demonstrate that Temporal Lobe Epilepsy can provide access to an altered state of consciousness where the human mind participates in a reality several steps removed from the consensus material world. This often includes full immersion in alternative landscapes and contact with non-human intelligence. Interestingly, LaPlante also links the condition to personality change and creative energy.