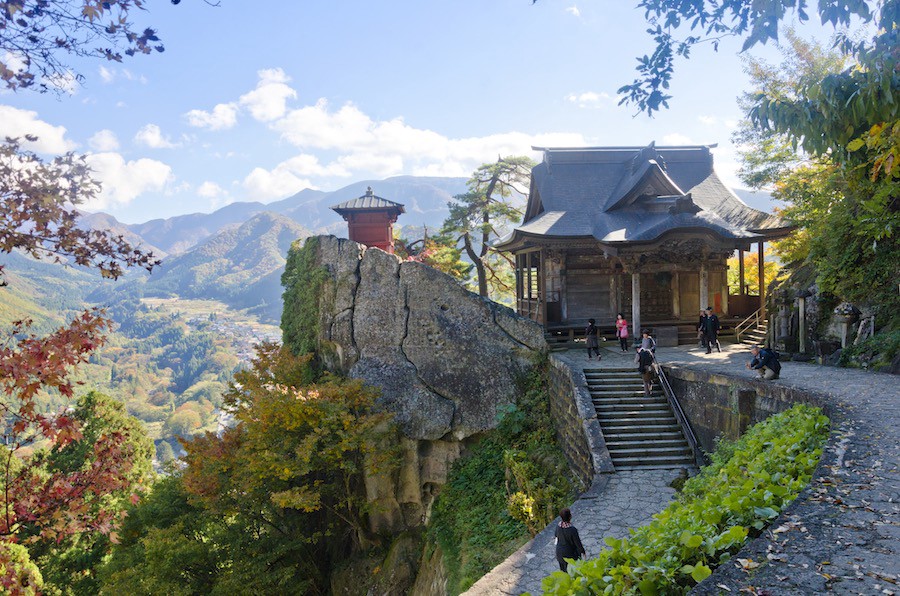 Ennin (圓仁 or 円仁, 793 CE [1] or 794 CE – 864 CE), who is better known in Japan by his posthumous name, Jikaku Daishi (慈覺大師), was a priest of the Tendai school of Buddhism in Japan, and its third Zasu (座主, "Head of the Tendai Order"). Ennin was instrumental in expanding the Tendai Order's influence, and bringing back crucial training and resources from China particularly esoteric Buddhist training, and Pure Land teachings.  He wrote more than one hundred books.

Although he is of interest spiritually in his own right, we have included him on the site because of an entry he made in his Diary, which appears to be a UFO sighting. 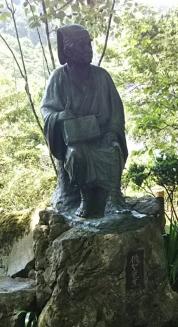 In 838, Ennin was in the party which accompanied Fujiwara no Tsunetsugu's diplomatic mission to the Tang dynasty Imperial court.  The trip to China marked ‘the beginning of a set of tribulations and adventures’.

His diary of travels in China, Nittō Guhō Junrei Kōki (入唐求法巡礼行記), was translated into English by Professor Edwin O. Reischauer under the title Ennin's Diary: The Record of a Pilgrimage to China in Search of the Law. Sometimes ranked among the best travelogues in world literature, it is a key source of information on life in Tang China.

The sighting of the possible UFOs was described by Ennin as an appearance of two very large sacred lamps, really large, too large to be lamps.

This was not the only sighting of these two balls of light, however.  In November 879, and again in China, two suns were reported as ‘fighting’ in Shi Bo’s La Chine et les Extraterrestres, op.cit., “Two "suns" fought energetically in the sky. On another day of the same month, two Suns fought, and then merged together “  Indicating that these were actual phenomena not hallucinations.

On 3rd September 881, this time in Japan, two stars appeared in the sky, and went through strange movements as if merging and separating in much the same way as they did in China [Nihon-Tenmonshiriyou, by Morihiro Saito], as such the sighting has some significance if it is of the same UFO.

Around March 900 in China, The New Book of the Tang records that during the year of Guang Hua, "a fat star, as large as 500 meters square, yellow in colour, flew towards the southwest. It had a pointed head and the rear was cylindrical..." The same book records another "star-like object" that was five times bigger than the above one and flew in a north-westerly direction. When it descended to a point some thirty meters from the ground the witnesses could see its upper part emit red-orange flames. "It moved like a snake, accompanied by numerous small stars that disappeared suddenly."

In 905, in China, ‘a  large fiery globe appeared at the zenith and flew towards the northwest. It stopped 100 feet away as many tiny stars moved above it. It left a greenish vapor’. Source: Abel Remusat, "Bolides en Chine" Journal de Physique (1819), 358.

Although the description was given as a bolide, none of these objects acted like a bolide, bolides, for example, do not 'stop'.  A bolide (French via Latin from the Greek βολίς bolís, "missile") is an extremely bright meteor, especially one that explodes in the atmosphere. In astronomy, it refers to a fireball about as bright as the full moon. In geology, a bolide is a very large impactor.   One definition describes a bolide as a fireball reaching an apparent magnitude of −14 or brighter — more than twice as bright as the full moon. 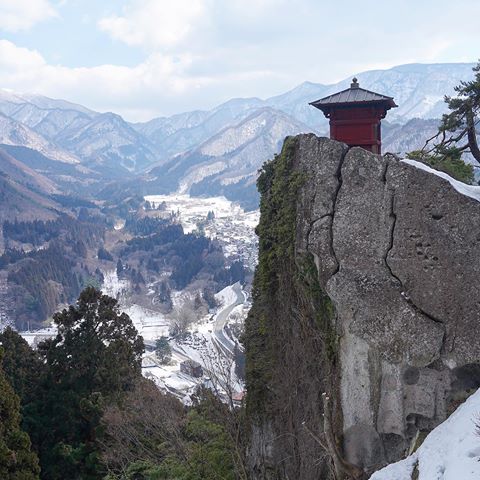 Ennin was born into the Mibu (壬生) family in present-day Tochigi Prefecture, Japan and entered the Buddhist priesthood at Enryaku-ji on Mt. Hiei (Hieizan) near Kyoto at the age of 14.

Initially, he studied under two masters and then spent some time at Wutaishan (五臺山; Japanese: Godaisan), a mountain range famous for its numerous Buddhist temples in Shanxi Province in China. Later he went to Chang'an (Japanese: Chōan), then the capital of China, where he was ordained into both mandala rituals.

In 847 he returned to Japan and in 854, he became the third abbot of the Tendai sect at Enryakuji, where he built buildings to store the sutras and religious instruments he brought back from China. His dedication to expanding the monastic complex and its courses of study assured the Tendai school a unique prominence in Japan. While his chief contribution was to strengthen the Tendai tantric Buddhist tradition, the Pure Land recitation practices (nenbutsu) that he introduced also helped to lay a foundation for the independent Pure Land movements of the subsequent Kamakura period (1185–1333). Ennin also founded the temple of Ryushakuji at Yamadera.