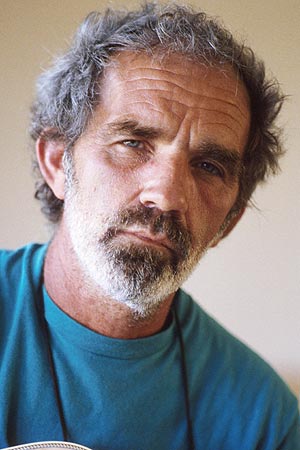 John Weldon "J. J." Cale (December 5, 1938 – July 26, 2013) was an American musician, singer, and songwriter. As a musician he was very talented, able to play guitar, piano, flute, bass, and drums.  As a singer, he had a soft melodic sincere, voice.  As a songwriter, he was one of the best.  Unassuming, modest, something of a recluse at times, he not very keen on the limelight,

"I was always a background person. It took me a while to adjust to the fact that people were looking at me 'cause I always just wanted to be part of the show. I didn't want to be the show." 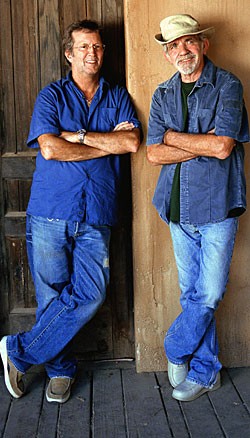 JJ Cale had every opportunity to be a much bigger worldwide star but he was notorious for declining the greatest of those opportunities. He baffled many in the industry who weren’t accustomed to such a determination to stay grounded and real, disregarding the fame and fortune that most artists crave.
His philosophy allowed him to live more than comfortably on his own terms, avoiding so many of the superficial trappings of stardom and enabling him to focus on what really mattered to him - the music. ……….. throughout his career, Cale’s following was strongest in Europe.
Once again, eschewing fame and fortune for an uncomplicated life, Cale disregarded a constant stream of the most lucrative offers and only chose to tour Europe twice over four decades, once in the 70s and once in 1994. As an example of his devoted following in Europe, Cale sold out theaters across the continent, highlighted by three nights at Hammersmith Odeon in London where he sold out every seat in advance (over 10,000 tickets). 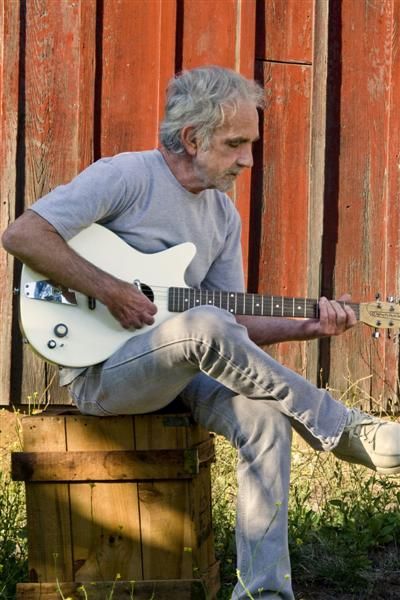 Cale was a musician’s musician and Rolling Stone once stated that in that respect "his influence is immeasurable."  Cale’s songs, for example, have been covered by some of the most famous, more visible musicians in the music industry, people like Mark Knopfler, Neil Young and Eric Clapton.

There are single songs that Cale wrote that have been covered by a plethora of people - "Call Me the Breeze" , for example, was covered by Lynyrd Skynyrd, by Johnny Cash, by Bobby Bare, John Mayer, by Johnny Hiland, and by American bluegrass singer-songwriter Larry Cordle, twice with different bands.

Cale’s influence on Eric Clapton was profound.   Clapton even proclaimed that JJ Cale was one of the single most important figures in rock history. 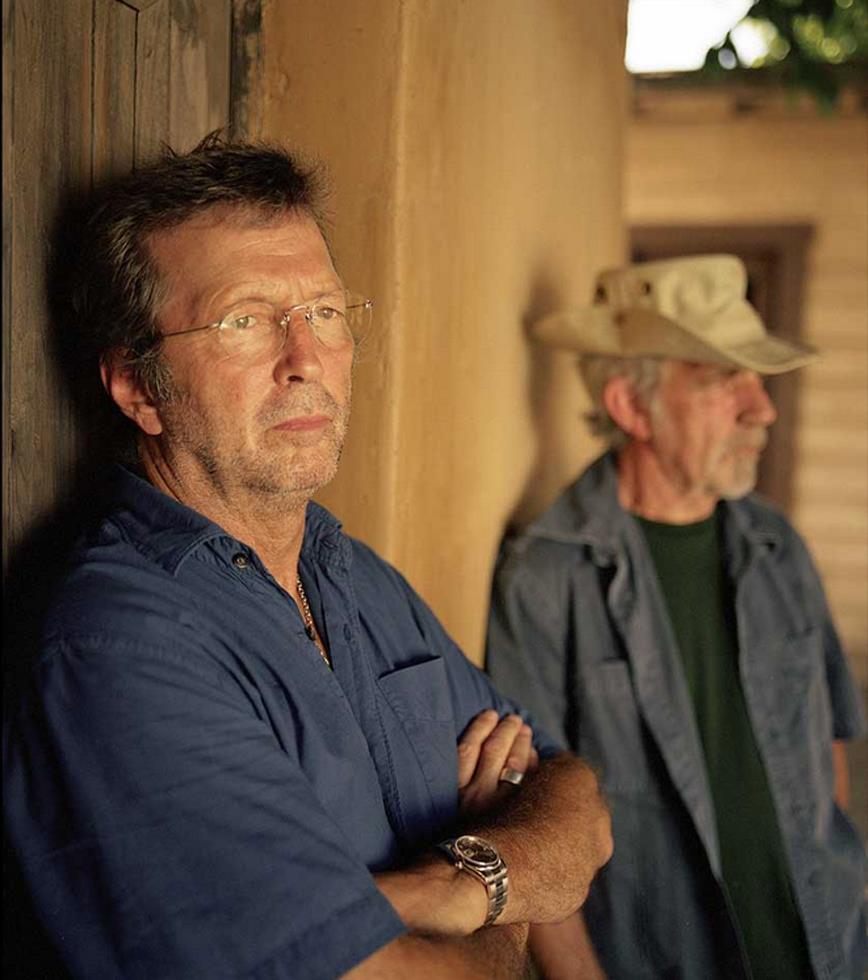 After years admiring Cale’s work, the two finally collaborated for the first time in their careers on the 2006 original album, The Road to Escondido. That project earned Cale his first Grammy® for Best Contemporary Blues Album and his first RIAA Certified Gold Award. At the time, Clapton said, “This is the realization of what may have been my last ambition, to work with the man whose music has inspired me for as long as I can remember.” 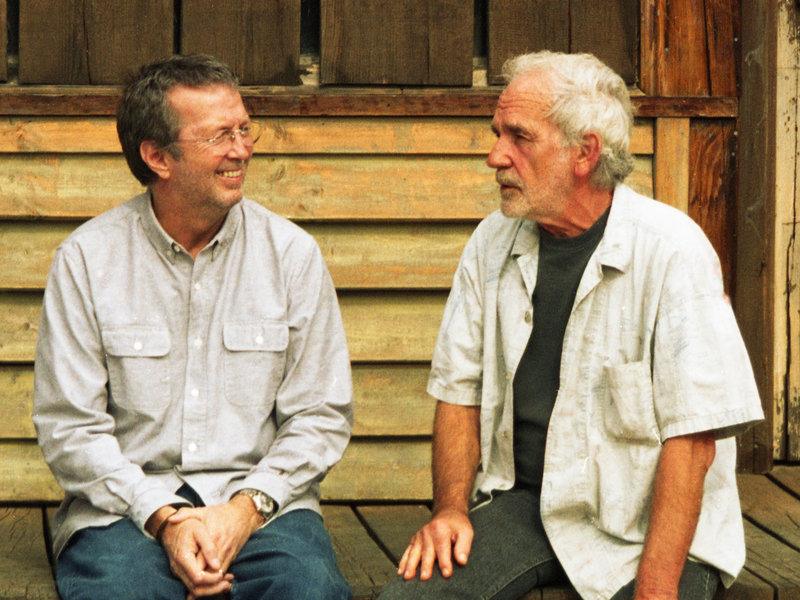 In such high esteem did Cale’s fellow musicians regard him that in 2014, Eric Clapton & Friends released the tribute album The Breeze: An Appreciation of JJ Cale.

Here, Cale's tunes are covered by Clapton with Tom Petty, Mark Knopfler, John Mayer, Don White, Willie Nelson, Derek Trucks, Cale's wife Christine Lakeland, and others. In the video version of Call Me The Breeze for this album, Clapton declares of Cale, "He was a fantastic musician. And he was my hero.”

'You'll cut tracks with him and you'll listen to it and you'll think, "Well, I don't know about that one" and then he'll take the tapes away and he puts his secret sauce on 'em, you know, that nobody but he knows what it is that he does in the dark of night and then he'll come back out and you'll go "Wow!" 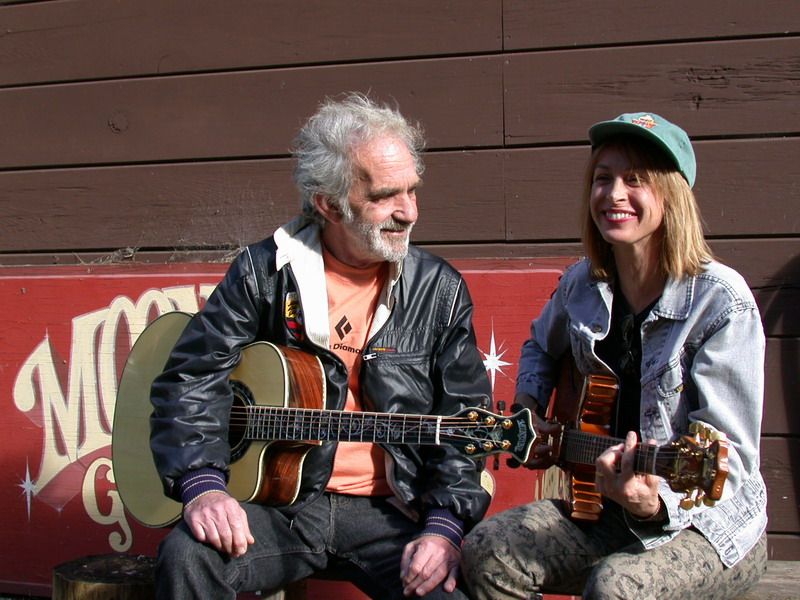 On April 26, 2019 - ten years after the release of his final solo album - a posthumous album of unreleased JJ Cale songs was released. Stay Around (Because Music) was compiled by those closest to Cale - his widow, musician Christine Lakeland [see right] Cale, and friend and longtime manager, Mike Kappus.

In his 2003 biography, Shakey, Neil Young stated about Cale’s playing:

Most of the songs and the riffs - the way he plays the f...ing guitar is so... great. And he doesn’t play very loud, either - I really like that about him. He's so sensitive. Of all the players I ever heard, it’s gotta be Hendrix and JJ Cale who are the best electric guitar players... musically, he's actually more than my peer, because he’s got that thing. I don't know what it is.

The Development of his unique style 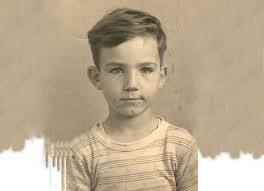 John Weldon Cale was born on December 5, 1938 in Oklahoma City, Oklahoma. He grew up in Tulsa, Oklahoma and graduated from Tulsa Central High School in 1956. As well as learning to play the guitar he began studying the principles of sound engineering while still living with his parents in Tulsa, where he built himself a recording studio.  After graduation he was drafted into military service, studying at the Air Force Air Training Command in Rantoul, Illinois. 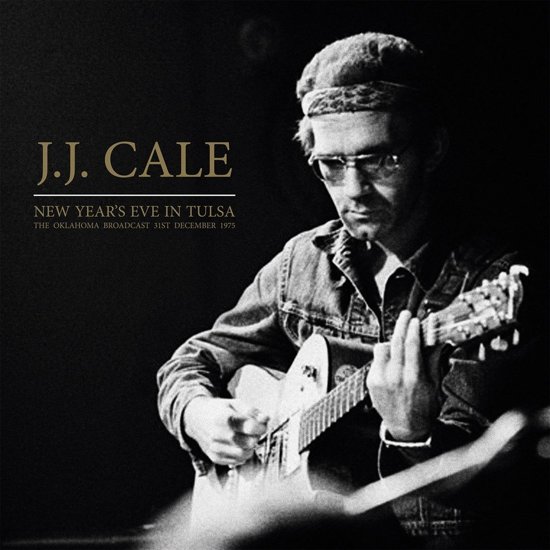 "I didn't really want to carry a gun and do all that stuff so I joined the Air Force and what I did is I took technical training and that's kind of where I learned a little bit about electronics."

And it is to his early interest in sound engineering and the fact his military service gave him the opportunity to continue his interest that Cale owes his unique style.  Cale's knowledge of mixing and sound recording turned out to play an important role in creating the distinctive sound of his studio albums.  Cale often acted as his own producer / engineer / session player. His vocals, sometimes whispery, would be buried in the mix. He attributed his unique sound to being a recording mixer and engineer, saying, "Because of all the technology now you can make music yourself and a lot of people are doing that now. I started out doing that a long time ago and I found when I did that I came up with a unique sound."  His songs are very melodic, and the melody is carried by both his voice and his guitar playing. 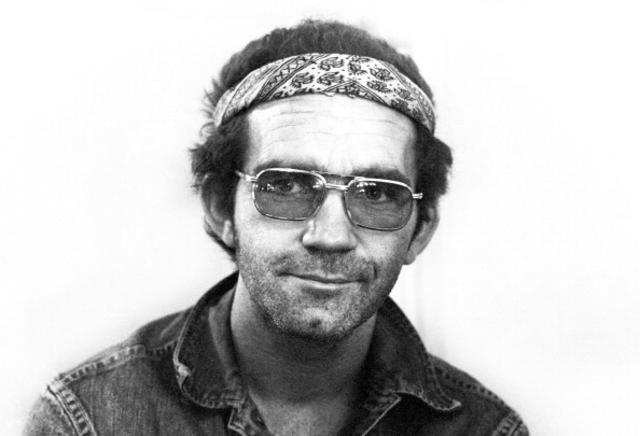 "Of all the players I ever heard, it's gotta be [Jimi] Hendrix and J. J. Cale who are the best electric guitar players."

In the 2005 documentary To Tulsa and Back: On Tour with J.J. Cale, Cale's guitar style is characterized by Eric Clapton as "really, really minimal" adding "it's all about finesse". 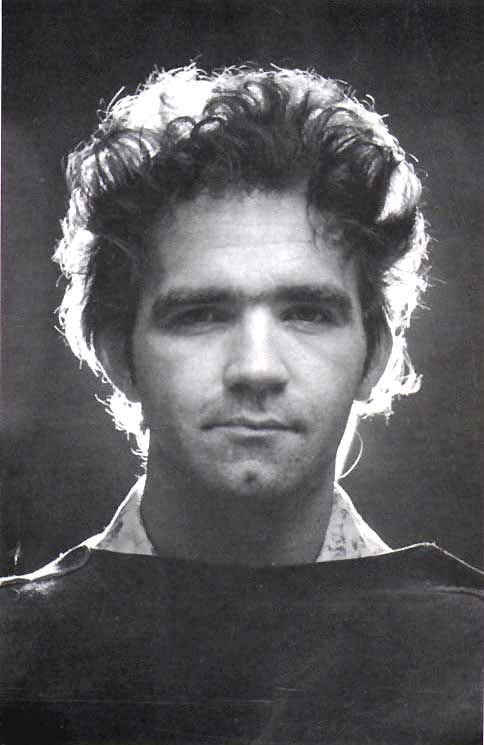 At the same time, however, his recordings are underpinned by a steady beating drum.  Described by Los Angeles Times writer Richard Cromelin as a "unique hybrid of blues, folk and jazz, marked by relaxed grooves and Cale's fluid guitar and iconic vocals”, the beating drums are key, as they are the equivalent of trance music – steady beats like the beat of a heart.  The sort of drumming African people have used and Native American shamans.  In other words, Cale’s early use of drum machines and his unconventional mixes not only lend a distinctive and timeless quality to his work, but make them very ‘in tune’ with the spiritually minded.

Any of the observations we have provided demonstrate this, Listening to beating sounds as well as Listening to music – good ways of awakening you without needing any drugs. 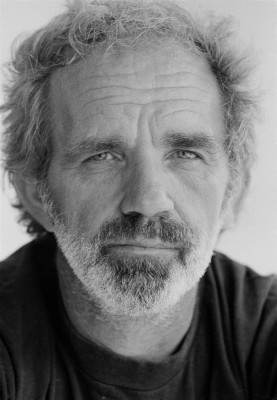 Cale moved to Los Angeles in late 1964, where he found employment as a studio engineer as well as playing at bars and clubs. He managed to land a regular gig at the growingly popular Whisky a Go Go in March 1965 where co-owner, Elmer Valentine suggested he call himself J. J. Cale to avoid confusion with Johnny Rivers, the main act at the time.

In 1966, while living in Los Angeles he cut a demo single (in those days professional demos were actual 45 rpm vinyl singles) with Liberty Records of his composition "After Midnight".  He distributed copies of this single to his Tulsa musician friends living in Los Angeles, many of whom were successfully finding work as session musicians. But, he found little success himself as a recording artist and, not being able to make enough money as a studio engineer, he sold his guitar and returned to Tulsa in late 1967, where he joined a band with Tulsa musician Don White. 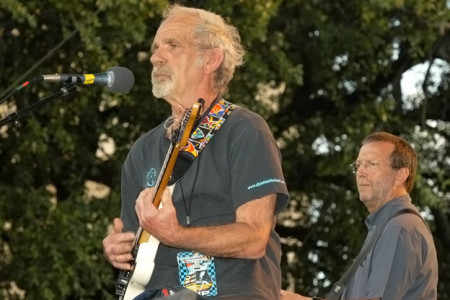 Then, in 1970, it came to his attention that Eric Clapton had recorded a cover of "After Midnight" on his debut album. As a result of this, it was suggested to Cale that he should take advantage of this publicity and cut a record of his own. His first album, Naturally, was released in December 1971.

Cale moved to California in 1980 and became a recluse, living in a trailer without a telephone. His 1983 album #8 was poorly received and he asked to be released from his contract with PolyGram. When later asked how he had spent the 1980s he replied: "Mowing the lawn and listening to Van Halen and rap." 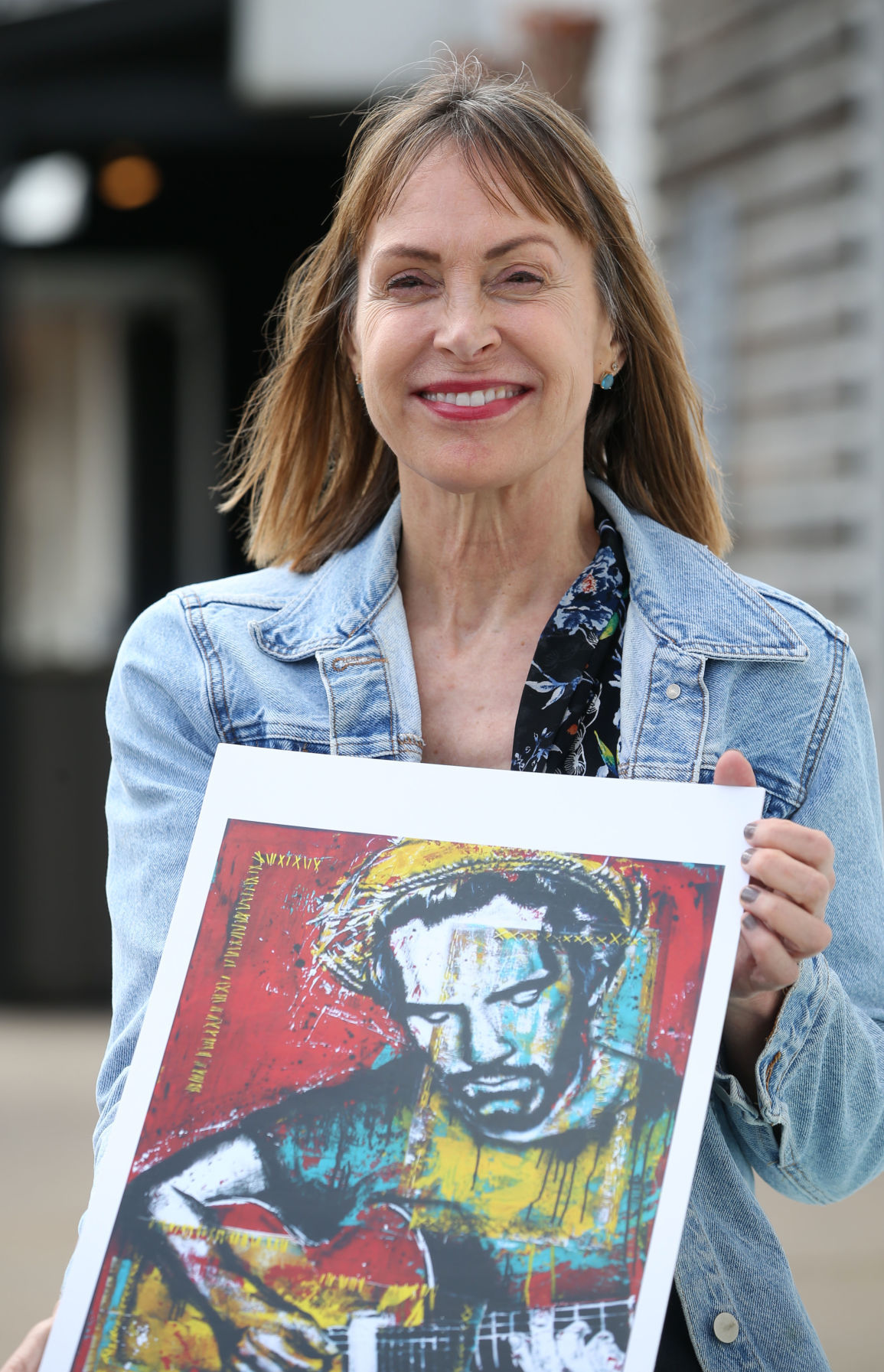 Cale died at the age of 74 in La Jolla, California, on July 26, 2013, after suffering a heart attack. He was survived by his wife Christine Lakeland, whom he married in 1995.

JJ Cale was absolutely one of a kind in the music business. His impact was immeasurable but, as he intended, his personal life remained very much below the radar. Cale enjoyed being the person who focused on the crafts of writing, engineering and production rather than the pursuit of commercial success. While he has now passed on, we are fortunate that he left behind music that has and will continue to comfort us the rest of our lives as exemplified by the quality of songs released on Stay Around (2019). And Cale’s broad influence will surely be reflected in plenty of new music made by others for decades to come.