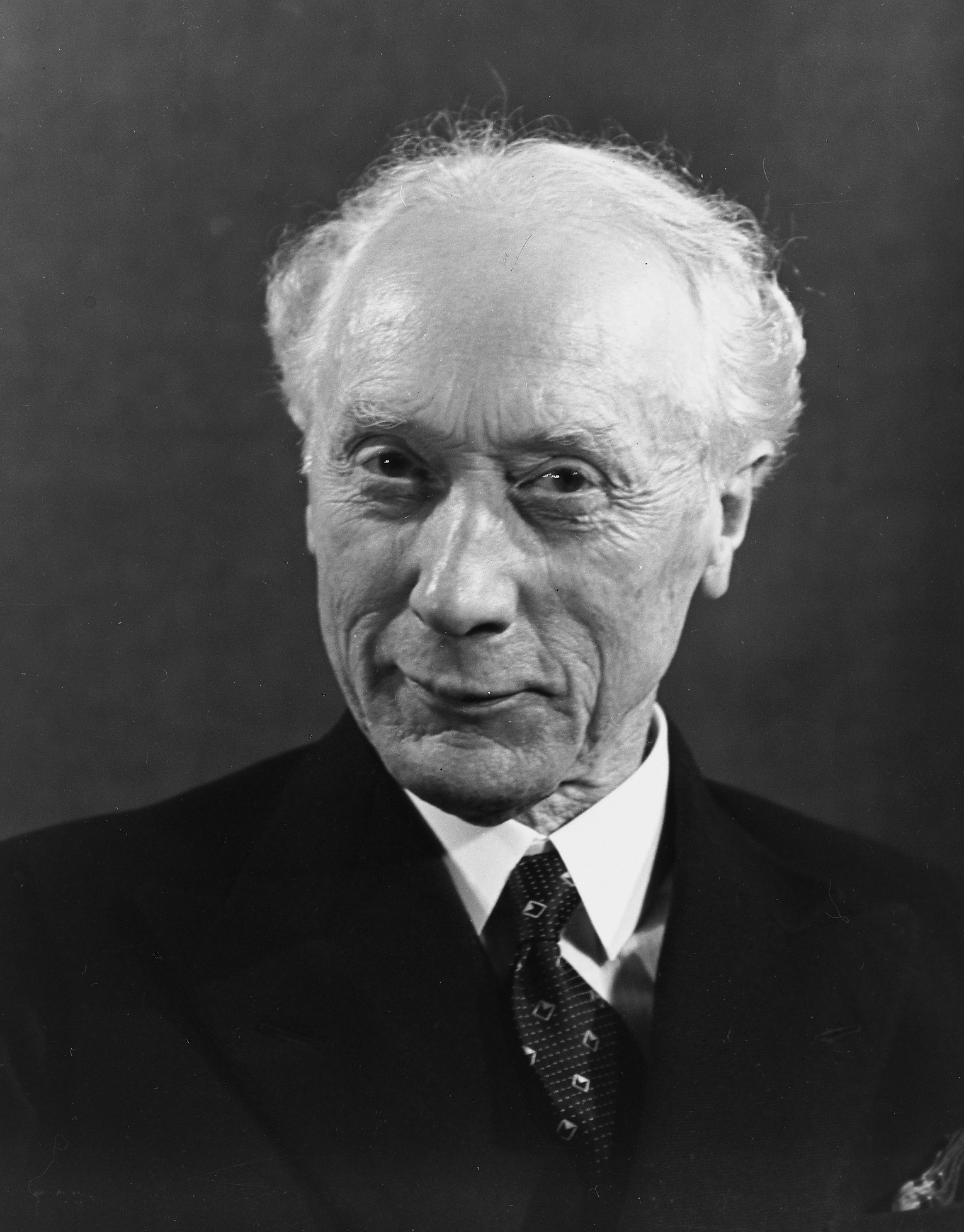 Frederick Matthias Alexander (20 January 1869 – 10 October 1955) was an Australian actor who developed the Alexander Technique, an educational process applied to recognize and overcome reactive, habitual limitations in movement and thinking.

He originally developed the principles and discipline of the Alexander Technique in the late 1800’s.

Alexander suffered from hoarseness only when he performed. Following years of self-study, Alexander came to the conclusion that patterns of excessive tension originated from the head and neck but led to muscular strain throughout the body as a whole. He also concluded that faulty movement habits led to decreased kinesthetic perception.

He developed a system of hands-on assistance as well as verbal cues to help clients stop their physical habit and move in a freer, more efficient manner.

Alexander was born near the present-day town of Wynyard, Tasmania. He was the eldest of ten children and born prematurely and although his mother’s care ensured his survival, he was neither strong or healthy.  He would later state that an otherwise idyllic boyhood had been marred by the severe internal pains that he experienced, generally after physical exertion. 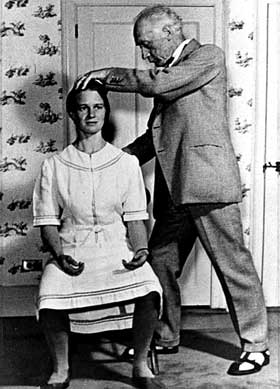 Alexander was profoundly influenced by his Christian upbringing, he attended Sunday school, and grew up in an evangelical Protestant household;: his speech as an adult was peppered with biblical quotes, and he had a strong sense of right and wrong, self-discipline and personal responsibility.

Alexander’s later schooling was provided by a Scotsman named Robert Robertson, who as a teacher, excused Alexander from daily school attendance and instead gave him lessons in the evening. As well as a basic education, Robertson gave Alexander a lifelong love of Shakespeare, theatre and poetry.  Alexander was physically not suited to manual labour, thus on leaving school he had a variety of office jobs and in his spare time, participated in a local amateur dramatics society.

In 1889, Alexander moved to Melbourne, Australia. He spent his first three months in the city devoting himself to culture, and spent his savings on visiting theatres and art galleries and attending concerts.  He worked in a series of clerical jobs and took lessons from teachers such as an English actor James Cathcart, and an Australian elocutionist Fred Hill with the aim of becoming a reciter.

Alexander continued to suffer periods of ill-health, and was advised by his doctor to leave Melbourne for healthier climes. Three months of seaside air in Geelong helped him, and he returned to the city.  From November 1891 onwards, newspapers began to report his participation in amateur dramatic recitals, and give them positive reviews.  However, Alexander began to suffer from hoarseness, and at times after performing could hardly speak. Friends also noted audible "gasping" during his recitations. Advice from doctors and voice trainers did not have the necessary results, so he began a process of self-examination with mirrors into his speaking habits to see if he could determine the cause. 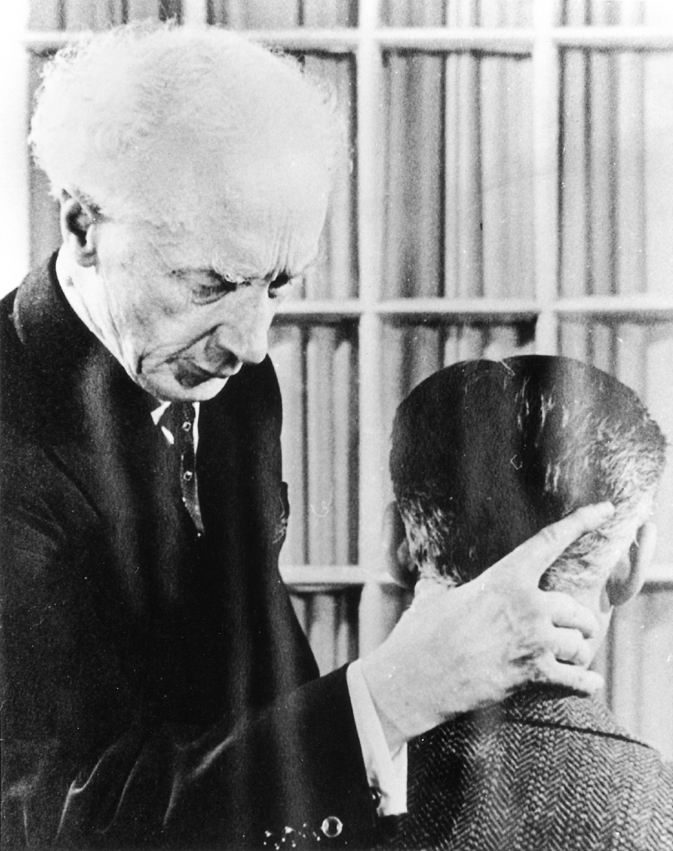 With time, he found that by using "conscious control" of actions, by inhibiting wrong movements rather than trying to "do" correct ones, and by focussing on the "means whereby" rather than "the end to be gained", his vocal problems and longstanding respiratory problems disappeared.

Freed from his vocal problems, Alexander gave up his clerical jobs and embarked on a career as a professional reciter and voice teacher. He commenced in early 1894 with a tour of his native Tasmania.  The tour was a success, with excellent press reviews and a performance before the Governor of Tasmania in Hobart.  He then toured New Zealand, giving recitals to excellent reviews.

In 1896, Alexander started to provide his voice lessons to patients with the aims of both developing their voice and to cure stuttering and throat ailments. In the early days, his patients enthusiastically testified to improvements in their voice and general health, and doctors reported that patients sent to him had improved. Within the year, Alexander invited a younger brother Albert Redden Alexander (known as A.R.) to join him as his assistant; he was followed by a sister, Amy, who came initially to receive help for medical problems, but was then also trained in the work.

In 1902, his approach impressed a leading Sydney surgeon, W. J. Stewart McKay, who helped him with referrals and became a close friend. Perhaps as a result, Alexander's method focussed more on medical issues, including tuberculosis. McKay also encouraged Alexander to develop his medical knowledge by attending classes at the medical school.

McKay recommended Alexander go to London, and offered to give him introductions to leading doctors there.

Alexander arrived in London in June 1904, and with letters of recommendation from Dr. McKay and other Australian doctors, he quickly gained important supporters in the London medical community. A key contact was the ENT surgeon R.H. Scanes Spicer, who took lessons and promoted Alexander's method and referred him pupils.

Given Alexander's love of the theatre, he was particularly delighted when Spicer asked him to see the actress Lily Brayton, who had lost her voice. Alexander's successful treatment led to introductions to other theatrical luminaries including Brayton's husband Oscar Asche, Henry Irving, and Herbert Beerbohm Tree, all of whom were supportive.

Interestingly, Alexander was one of the few ‘alternative medicine’ practitioners of his time, to charge fees commensurate with his ability to cure people.  For reasons which escape most people, a person who is a healer and cures people seems to be expected to either give his or her services for free, [or if not free, for a pittance], whereas a doctor who simply addresses the symptoms and rarely cures anyone as a consequence, can charge the earth.  Alexander charged well under the going rate for a doctor, but enough to enable him to live very comfortably.

This was to have interesting repercussions, as in 1909, when his early contact , the ENT surgeon R.H. Scanes Spicer, [who had taken lessons and promoted Alexander's method], claimed corrections of posture and respiration for the medical profession, presumably in an attempt to stave off the competition.  He clearly believed Atkinson with his ability to cure people was a great threat and without being too specific said that anyone else offering these techniques other than doctors like him, were "untrained amateurs and ignorant quacks".

Alexander was understandably extremely upset and responded with pamphlets accusing Spicer of plagiarism and distortion.  But it did have its positive side, because, as a consequence of this dispute, Alexander finally produced a long-contemplated book, which appeared in three parts: Man's Supreme Inheritance (October 1910), an Addenda (March 1911), and Conscious Control (October 1912). These were combined into one volume in 1918.

On 10 August 1914, he married Edith Young at a registry office wedding. Her husband, Robert had died in September 1910, and Alexander had supported her since that time, but they were not to see much of one another because Alexander sailed for New York in September 1914. 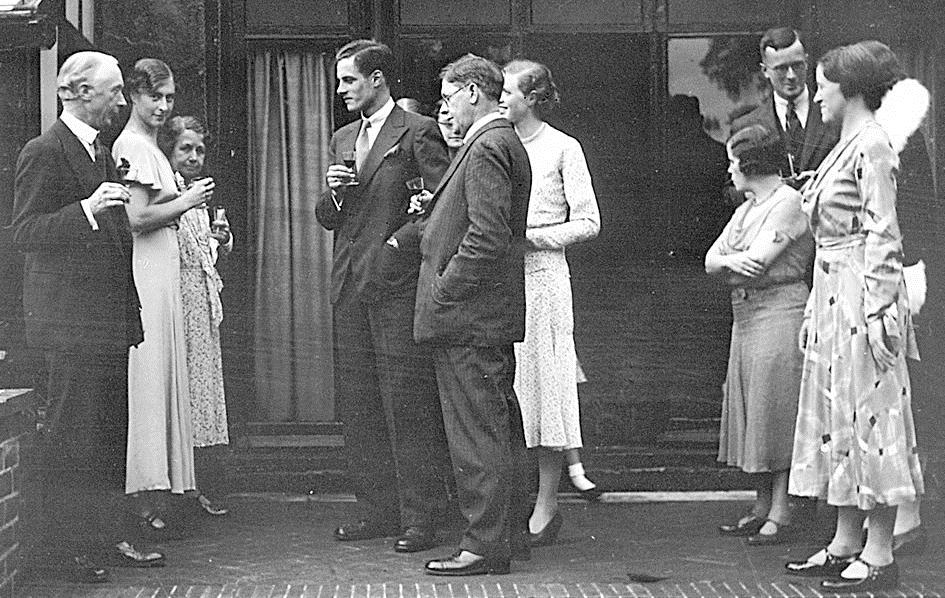 Alexander joined Margaret Naumberg. Influenced by Montessori education, psychoanalysis and Alexander's work, she had just founded the Walden School, and assisted Alexander in setting up a practice, including recruiting influential pupils such as Arthur M. Reis and Waldo Frank. The business was soon booming, and by the end of 1914, Ethel Webb came from the United Kingdom to assist in the teaching. With the exception of the winter of 1921–2, for the next ten years, Alexander spent the autumn and winter of the year in the United States, and returned to the United Kingdom for the late spring and summer to see family members and rest.

The success of the American edition of Man's Supreme Inheritance, published in January 1918, led to an influx of new pupils to the practice. The demand meant that A.R. was needed in the United States for the winters of 1918–9 and 1919–20; that he was able to do so was a testimony to "the work", as A.R. had received serious injuries in a fall from a horse in 1918, and had been told by doctors that he would never walk again. For the rest of his life, however, A.R. used a cane and taught sitting down.

Alexander was considering writing another book, and was spurred into action by the 1922 publication of a book by Gerald Stanley Lee which clearly described Alexander's techniques without acknowledging their originator. His book "Constructive Conscious Control of the Individual", which Alexander was later to describe as his most important book, was published in May 1923. Alexander's regular visits to America ended in the spring of 1924, and from then on both he and A.R. were based in London.

At Ashley Place, the "little school" was founded with Irene Tasker as teacher, not only of the Alexander Technique, but also of academics. The school moved to Penhill in 1934.

In 1924 Alexander's approach received a boost from a theoretical perspective when the German professor Rudolf Magnus published his book about the physiology of posture. As his supporters were quick to note, Magnus' scientific conclusions in many ways mirrored many of Alexander's longstanding principles, including that correct functioning is dependent on the alignment of the head, neck and back, and on correct sensory perception.

When the war came Alexander lived and worked in the United States from 1940 until 1943, which was a difficult time as his teachers were disappearing into the services. Fearing that the technique would be lost, he returned to London in 1943 and successfully restarted the training course.

The last decade of Alexander's life was dominated by a court case, a drama drawn out over a period of seven years.   Alexander sued: issuing a writ for libel in South Africa for £5000 damages for alleged defamation.  The trial was scheduled to be in South Africa in the autumn of 1947, but there was delay and the case was rescheduled to the following March.

Alexander was worried about the case, distraught over the death of his friend Lord Lytton in October 1947, and that autumn he had a fall which may have contributed to his having a stroke in December. A week later he had another stroke, was left with the paralysis of his left hand, leg and face, and doctors had little hope for him. He had to cancel his trip to South Africa. However, he made a remarkable recovery within a month, it was said by applying his own technique to himself.

The trial finished in March, and Mr Justice Clayden delivered his judgement over a month later. Alexander was awarded £1000 damages plus costs.  A year later the defendants appealed against the verdict and the damages. The appeal was dismissed with costs, and the tone of the judgment was worded more in approval of Alexander than it had been originally.

Alexander continued to work until his sudden death in 1955. His funeral was at South London Crematorium, Streatham Vale.

The four books of F. Matthias Alexander exist in many editions, being reprinted and revised, published in the UK and US, and not all editions are shown. 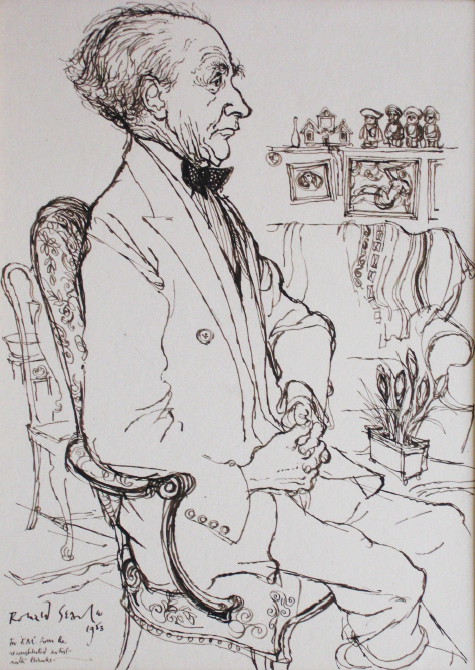