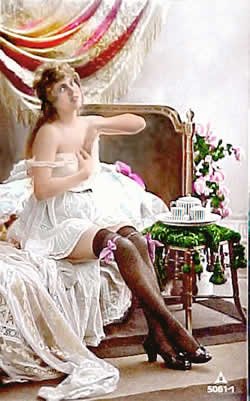 What is a nervous breakdown?  It is not a breakdown of nerves, although the nerves certainly feel overloaded. Nor is it a breakdown of the nervous system, so the name is a misnomer.

In reality it is the breakdown of a person’s ability to reason or learn on a semi permanent basis based on some chemical or emotional shock. And it can produce some quite extraordinary spiritual experiences.

A nervous breakdown is thus a by product of shock, of psychological trauma, of war, of humiliation, of rape and believe it or not even of childbirth.  It is the final outcome of other events, the end result of a long chain of cause and effect.  Whereas some people are able to recover from the high levels of emotion and balance themselves back onto an even keel, there are some who are unable to, the emotion stays high, the reason stays blocked, the learning function gives up completely and it is all this which results in the loss of the person’s reason and learning ability on a semi permanent basis.

“Although "nervous breakdown" does not necessarily have a rigorous or static definition, surveys of laypersons suggest that the term refers to a specific acute time-limited reactive disorder, involving symptoms such as anxiety or depression, usually precipitated by external stressors.  Specific cases are sometimes described as a "breakdown" only after a person becomes unable to function in day-to-day life” [Wikipedia].

At one time the effect could be permanent, with no medications, people were occasionally incarcerated in mental institutions for the rest of their lives, my husband’s father’s mother had this happen to her.  My husband’s father never saw his mother again after she gave birth to him and his twin sister. He was told she had died giving birth to them.  And I suppose in a way she had.  Lost forever in a different world. 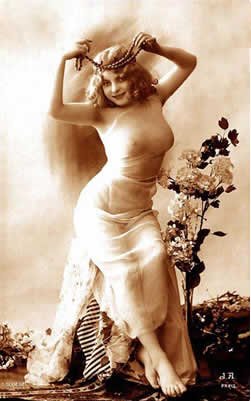 I had a nervous breakdown after the death of both my parents within 11 months of one another, followed by the near death of a person I loved.  It wasn’t helped by the collapse of my pension fund and having to execute the wills of both parents whilst fulfilling work commitments, or having to find a home for my mother for the 11 months she was alive or ….. . overload.  My head gave up.

Grief,  pain, anger and other sorts of emotional trauma or extreme emotion, don’t still the senses, they flood the senses.  Extremely high levels of emotion, have the effect of reducing or even eliminating the input from the 5 senses and the nervous system.  It is a form of sensory overload.

The function of the will is highly influenced by emotion.

This is to be expected.

If, for example, we are experiencing pain, it stands to reason that the Will  will try to find an action that will avoid the pain.  But if no course of action is available, if nothing can be done, the Will very often gives up.

During a nervous breakdown, the learning and memory recall functions may be working overtime to attempt to solve the strain, but often this achieves nothing, especially if no solution is forthcoming.  Objectives and obligations may also be causing overload, too many of both either streaming in or being self imposed.

At a certain point, all this overloading of functions takes its toll, Reason ceases to operate and the composer takes over.

If the causes of the overload remain, the state of openness to spiritual input remains.  A nervous breakdown is a person being permanently in touch with the spiritual world, although they are unable to rationalise the experience.

My father-in-law saw stars, and said the world got quicker and quicker.  He saw people who weren’t there and angels who came to comfort him.  I gained for a short time, the gift of prophecy – silly pointless prophecy, but I could tell when text messages were about to arrive and knew when people had got off planes – that sort of thing.

People with more talent than me were able to do bigger better things.