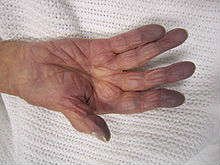 Hypoxia is the posh name for oxygen deprivation, although this is simplifying things a little.

It is “a pathological condition in which the body as a whole (generalized hypoxia) or a region of the body (tissue hypoxia) is deprived of adequate oxygen supply”.

There are all sorts of ways in which one can suffer from oxygen deprivation  -  from asphyxiation; from smoke inhalation or steam inhalation; from drowning; from gas inhalation; from winding or being winded;  from forms of breathing such as hyperventilation;  from going up high mountains where the air is thin; from ballooning at high altitude; from parachuting from high altitudes; even anaemia can give you hypoxia; and the list could go on. 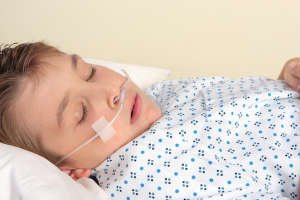 Hypoxia can occur when breathing mixtures of gases with a low oxygen content, e.g. while diving especially when using closed-circuit rebreather systems that control the amount of oxygen in the supplied air.

And hypoxia can give you a spiritual experience.

Hypoxia in which there is complete deprivation of oxygen supply is referred to as anoxia, this generally kills you 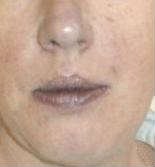 One of the side effects of prolonged hypoxia is lactic acidosis.  Most cells in the body normally burn glucose to form water and carbon dioxide. This is a two-step process. First, glucose is broken down to pyruvate through glycolysis. Then, mitochondria oxidize the pyruvate into water and carbon dioxide. This second step requires oxygen. If there is not enough oxygen the cycle is disrupted.

If oxygen supply is inadequate, excess pyruvate is produced, which is converted into lactate and released from the cell into the bloodstream, where it accumulates over time.

Hypoxia causes both buildup of lactate and acidification.  The symptoms, of lactic acidosis are

Brain tissue ceases to function if deprived of oxygen for more than 60 to 90 seconds and after approximately three hours, will suffer irreversible injury possibly leading to death of the tissue.  Hypoxia can also lead to permanent damage of a number of organs – the liver, the heart, the kidneys and so on.  More details of this process can be found in the science section under Brain and organ damage from hypoxia 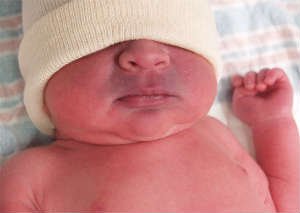 Hypoxia can damage a whole host of bodily organs but these side effects may only have an impact on a long term basis.  The immediate effect of hypoxia is on the brain.  If you want to find out if you are hypoxic you can use instruments - see Hypoxia instruments to measure the hypoxic state.

Oxygen is being diverted from the brain.  This means the brain is starved of ‘power’.  If a computer is starved of power the functions start to deactivate – some programs simply do not run and this is what is happening here.

A brain deprived of oxygen which is in effect gradually shutting down will revert to the key functions – the ones it needs to survive – breathing, and so on.  If we use the analogy, the computer of our brain has reverted to running the operating system and not much more.

One of the odd side-effects of hypoxia, is a form of euphoria, bliss and feelings of pleasure.  Considering that you are in effect slowly dying, this would seem a most odd effect to induce.  As George Shuman said in his novel ‘Last Breath’:

“When the brain is deprived of oxygen, it induces a lucid, semi-hallucinogenic state called hypoxia….. the rush is said to be ….. highly addictive”

And it is addictive because the body releases huge quantities of Endorphins – the opioids of the body.  The Will can see that we are probably not going to be capable of rescuing ourselves from the situation, so it does its best to set in motion all the things that might make the experience more bearable.

Where oxygen deprivation is severe, the input from the senses becomes irrelevant as the autonomic system fights for survival.

Thus during any form of acute hypoxia we are essentially dying and  because we are ‘dying’ the body reverts to only essential functions.

The majority of the observations are described within the very specific types of hypoxia being experienced, such as carbon monoxide poisoning or smoke inhalation, however, some miscellaneous observations are also provided here