In human vascular diseases, endothelial dysfunction is a systemic pathological state of the endothelium (the inner lining of blood vessels) and can be broadly defined as an imbalance between vasodilating and vasoconstricting substances produced by (or acting on) the endothelium.

Normal functions of endothelial cells include mediation of coagulation, platelet adhesion, immune function and control of volume and electrolyte content of the intravascular and extravascular spaces.

As we can thus see, dysfunction can as a consequence cause a whole range of diseases -  hypertension, hypotension, so called 'sticky blood' [too much coagulation] or so called 'thin blood' too little coagulation and of course atherosclerosis - hardening of the arteries.

We are apt to blithely say that high blood pressure and atherosclerosis is caused by high cholesterol, but this vastly oversimplifies the actual state of affairs.

Cholesterol is an essential structural component of animal cell membranes.  It is required to establish proper membrane permeability and fluidity. In addition to its importance within cells, cholesterol also serves as a precursor for the biosynthesis of steroid hormones, bile acids, and vitamin D.  In effect, if we are in need of repair for any reason, then we should expect the cholesterol levels to be high.

High cholesterol is thus an indicator of other problems - a symptom and not a cause.  And this is key.  To block cholesterol may actually be wholly counterproductive, if a lot of cholesterol is in your bloodstream, it may be the body is being attacked and damaged by pathogens of various sorts.

So the key to stop the dysfunction is actually to find out what is causing the endothelium dysfunction. 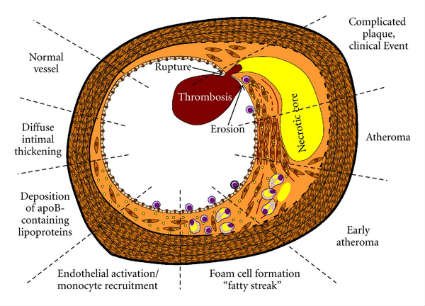 Endothelial dysfunction can result from 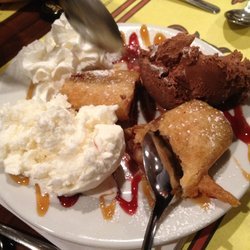 the healthy deep fried option in Kearny USA
ice cream with hydrogenated fats, deep fried
chocolate bars and maple syrup brownies, I think
this is classified as a high carbohydrate diet [see below]

Toxins from smoking tobacco products, smoke inhalation in general and and exposure to air pollution, pesticides [on food or in the air as sprays], other inhaled or ingested chemicals.  These act as inflammatory products in the bloodstream and cause dysfunction through the attack they produce.  The latest extremely serious toxin to enter the equation are nanoparticles.
Heavy metals also have a record of causing irritation, inflammation and dysfunction.  The problems of lead and mercury are well known, but overdose of other metals can also be a problem eg: 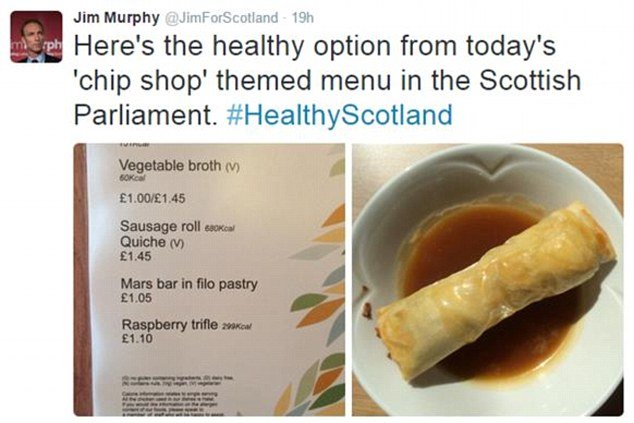 Apart from the broth, I think
this is classified as a high carbohydrate diet [see below]

Endothelial dysfunction is more prevalent, for example,  in shift workers, a group known to have a higher risk for cardiovascular diseases.

Note that stress induces the fight or flight response in us and as a consequence a high level of the stimulant neurotransmitters such as adrenaline, it is these that are one culprit, as at high and constant levels they act as inflammatory chemicals.

There is growing evidence that bacteria also play a role in inducing inflammatory responses in the circulation system of the brain and the body, causing endothelial dysfunction, for example: 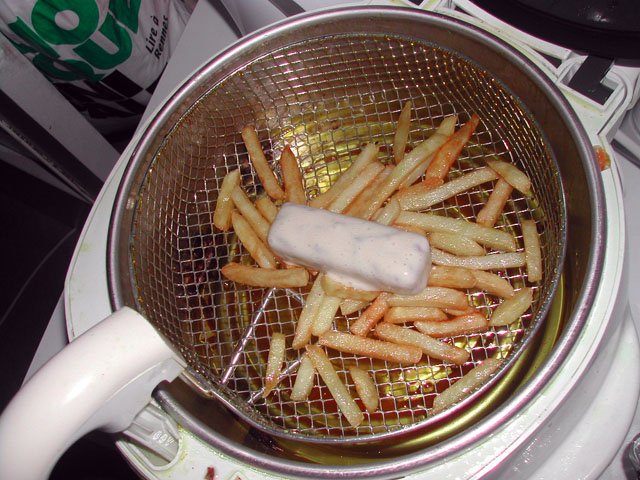 The scottish balanced diet -part of the 5 a day diet - oil, chips, mars bar,
batter with a pint of beer  [I jest]

Both deprivation of essential nutrients and overdosing on certain foodstuffs can cause endothelial dysfunction.

Overdosing via a high carbohydrate diet, for example, with an excess of sugar, processed sugars, sweet drinks, colas, energy drinks, fruit juices, processed grains, white bread, sweets [candies], alcohol, etc all act in this context as toxins, as they cause high blood glucose levels, so called 'spikes' which irritate [inflame] the walls of the blood vessels.

It is worth noting that calcium balance appears to be key.   "Endothelial nitric oxide synthase" is a very key part of how endothelial tone is regulated.  This endogenous enzyme generates nitric oxide in blood vessels and inhibits smooth muscle contraction and platelet aggregation. it relies for its working on calcium, so calcium balance plays a big part in whether we get endothelial dysfunction of not.  Calcium imbalance can result in severe disruption of the Endothelial NOS workings.

Parasites travelling through the blood stream cause intense irritation and inflammation.  For example

Hemotrophic mycoplasmas (HM) are highly specialized red blood cell parasites ... [in studies it was observed that] the parasite interacted directly with endothelial cells in vitro and in vivo. Endothelial activation, widespread endothelial damage, and adherence of red blood cells to the endothelium were evident …. PMID: 23398879

Note that this cause is greatly under researched given its prevalence and the number of parasites implicated. 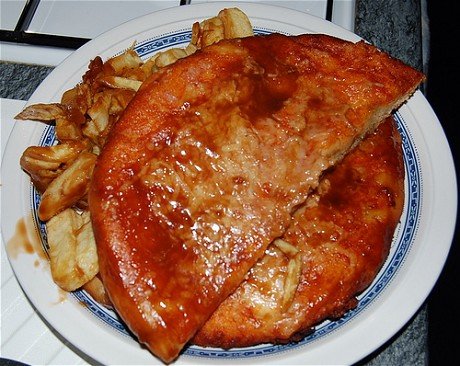 ...and this was just the starter ... I think
this is classified as a high carbohydrate diet [see above]

Many pharmaceuticals and drugs can inflame and irritate the walls of the blood vessels acting as irritants.  The list of suspect pharmaceuticals is growing as more unbiased research is completed, for example

The eHealthme site collects the Adverse Drug reports submitted by doctors to the FDA and SEDA in the USA.  It then summarises them for ease of use.  We originally provided a direct link to the Endothelial dysfunction page on this site and the pharmaceuticals that can cause it, but the eHealthme website developers frequently reorganise the site and thus break the links.  Thus in order to find out which pharmaceuticals are implicated in Endothelial dysfunction

The list shows you all the drugs implicated in CAUSING Endothelial dysfunction as well as the number of people who have made a complaint to their doctor and had their case reported by him.  Note that it is up to the doctor whether he reports or not.

As of October 2016, about 50 pharmaceuticals were in this list.  [The direct link is here, but it may no longer work]

One of the rather fascinating group of pharmaceuticals implicated are statins, which rather implies they are treated as a toxin by the body.  Other drugs in the list include immunosuppressants.

One other interesting drug in the list is Cyclophosphamide used to treat cancer and 'autoimmune' disorders; it is known that Cyclophosphamide has other severe and life-threatening adverse effects, including acute myeloid leukemia, bladder cancer, hemorrhagic cystitis, and permanent infertility.  Thus one wonders why it is still around.  It is on the World Health Organization's List of Essential Medicines, a list of the most important medication needed in a basic health system.  Unbelievable but true. 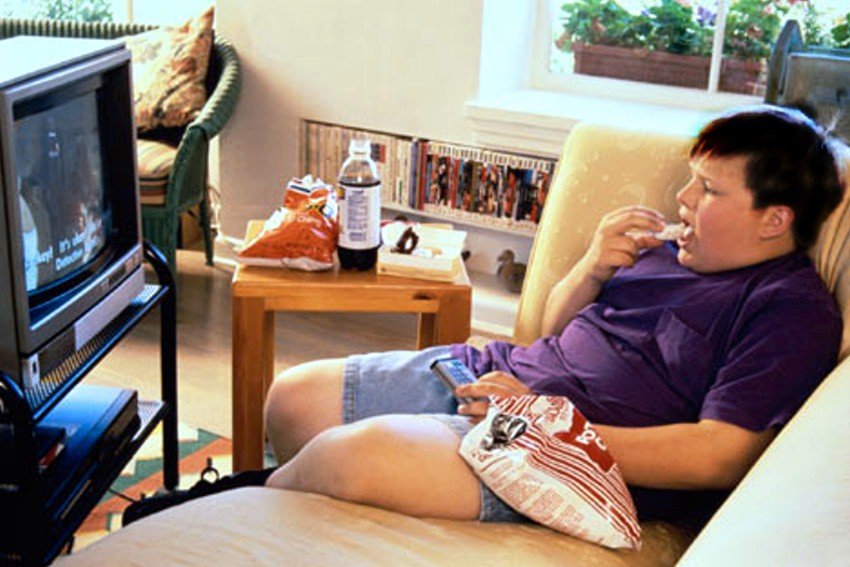 In effect a lack of exercise.  Any form of gentle exercise helps to keep the blood flowing through the circulatory system, pounding away in a gym is not necessary, all that is needed is a gentle walk away from pollution.  The exercise not only helps to keep the channels open but speed the removal of any toxins from the body - making sure the toxins get to the kidneys.

Physical damage can cause dysfunction and  Surgery has a record of producing endothelial dysfunction. 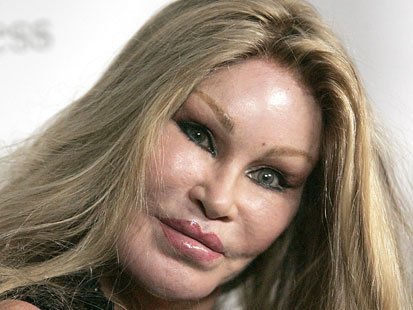 Clearly any physical damage could affect the entire circulatory system directly, but there is an indirect effect which is often overlooked.  Physical damage can affect the lymph system causing it to block or malfunction.

Any problems with this system can cause endothelial dysfunction simply because the lymph system is the mechanism by which the immune system works. It is worth noting that plastic surgery has a very unhealthy record of producing heart disease in general.

There is some evidence now on Pubmed to support the theory that dysfunction can be caused by an active infection in the arterial wall, often caused by herpes related cytomegalic virus or chlamydia pneumonia.  Other viruses are also implicated and this research is ongoing.

There is one recent very important virus that has been implicated and that is the flu virus:

which leads us rather neatly on to the next category.

The name for a vaccine that has a live virus in it is an attenuated vaccine.   Although most attenuated vaccines are viral, some are bacterial in nature.  As we can see from the description above, endothelial dysfunction can be caused by viruses and bacteria. 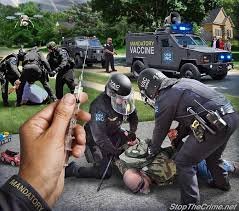 Not our normal balanced factual description
but a little emotion does not go amiss sometimes
the Mandatory Vaccine Act 2015:

There appears to be a belief by those promoting vaccines that the immune system defeats the virus as it builds up an immunological record.  But there is now enough research to show that this is not the case.  A virulent strain of attenuated virus may replicate very fast before the immune system has had time to muster its defences - particularly if the virus is injected or administered by nasal spray. A virus is capable of then secreting itself in adipose tissue and the joints and 'laying low'.  Adipose tissue apears to provide a safe haven for a number of viruses.

When the immune system is compromised, for example by stress or extreme emotion, the virus then emerges and attacks.  Rheumatoid arthritis can be caused by emerging pathogens and so can endothelial dysfunction.

In other words, those who have the 'flu vaccination [which as of 2014 used a live virus] may be opening themselves up to endothelial dysfunction and rheumatoid arthritis.

All radiation whether 'cosmic' or electromagnetic impacts our bodies and depending on its frequency, it resonates different parts of us.  The reason that nuclear radiation is so dangerous is that it impacts cells, but what we appear to have overlooked is that all radiation impacts some part of us.

Every aggregate in our bodies - organs, cells, the body itself, has natural ‘resonance’.  Resonance is a substance’s natural tendency to oscillate – vibrate – at maximum amplitude at certain frequencies, known as the thing’s resonant frequency.

.... radiation injury besides DNA damage is inflammation and increased expression of pro-inflammatory genes and cytokines. Endothelial damage and dysfunction of capillaries and small blood vessels plays a particularly important role in radiation injury. This review is focused on summarizing the currently available data concerning the mechanisms of radiation injury, as well as the effectiveness of various antioxidants, anti-inflammatory cytokines, and cytoprotective substances that may be utilized in preventing, mitigating, or treating the toxic effects of ionizing radiation.  PMID: 26030720 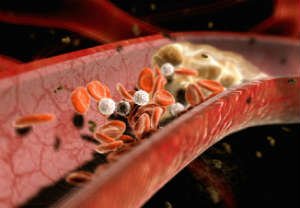 The medical community propose a host of drugs to combat this problem, based on attacking the symptoms, including

In contrast the 'alternative medicine' fraternity base the treatments on a multi-faceted approach.  In the first place the emphasis is on finding the cause from those above.  Then the principle of Healing yourself is applied, for example

Given that Governments with their policies do not appear to be a great deal of help, voting out badly informed [or corrupt]  Governments may also be a useful extra step.

In cases where endothelial dysfunction has caused hallucinations or similar experiences, the cause tends to be hypoxia

see also Blood circulatory system disease for a fuller description of this disease in context.