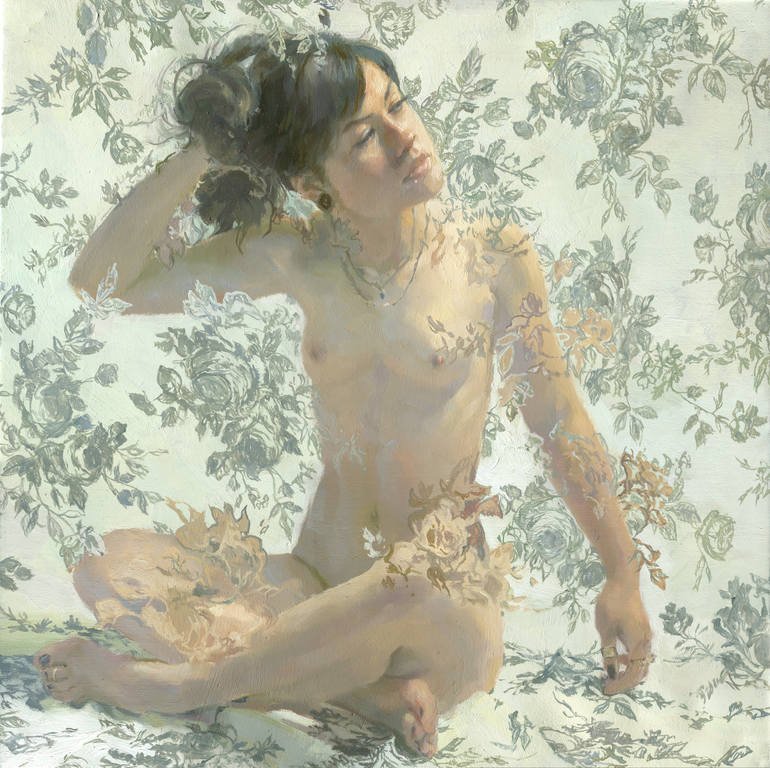 Histidine is an essential amino acid.

It is a precursor to glutamic acid, an esential input to the manufacture of haemoglobin, and a precursor to  histamine, a vital agent in immune responses.

First we will get the chemistry out of the way, then we can talk about what it actually does - its functions.

The conjugate acid (protonated form) of the imidazole side chain in histidine has a pKa of approximately 6.0. This means that, at physiologically relevant pH values, relatively small shifts in pH will change its average charge. Below a pH of 6, the imidazole ring is mostly protonated as described by the Henderson–Hasselbalch equation. When protonated, the imidazole ring bears two NH bonds and has a positive charge. The positive charge is equally distributed between both nitrogens and can be represented with two equally important resonance structures.

The imidazole ring of histidine is aromatic at all pH values. It contains six pi electrons: four from two double bonds and two from a nitrogen lone pair. It can form pi stacking interactions, but is complicated by the positive charge. It does not absorb at 280 nm in either state, but does in the lower UV range more than some amino acids. 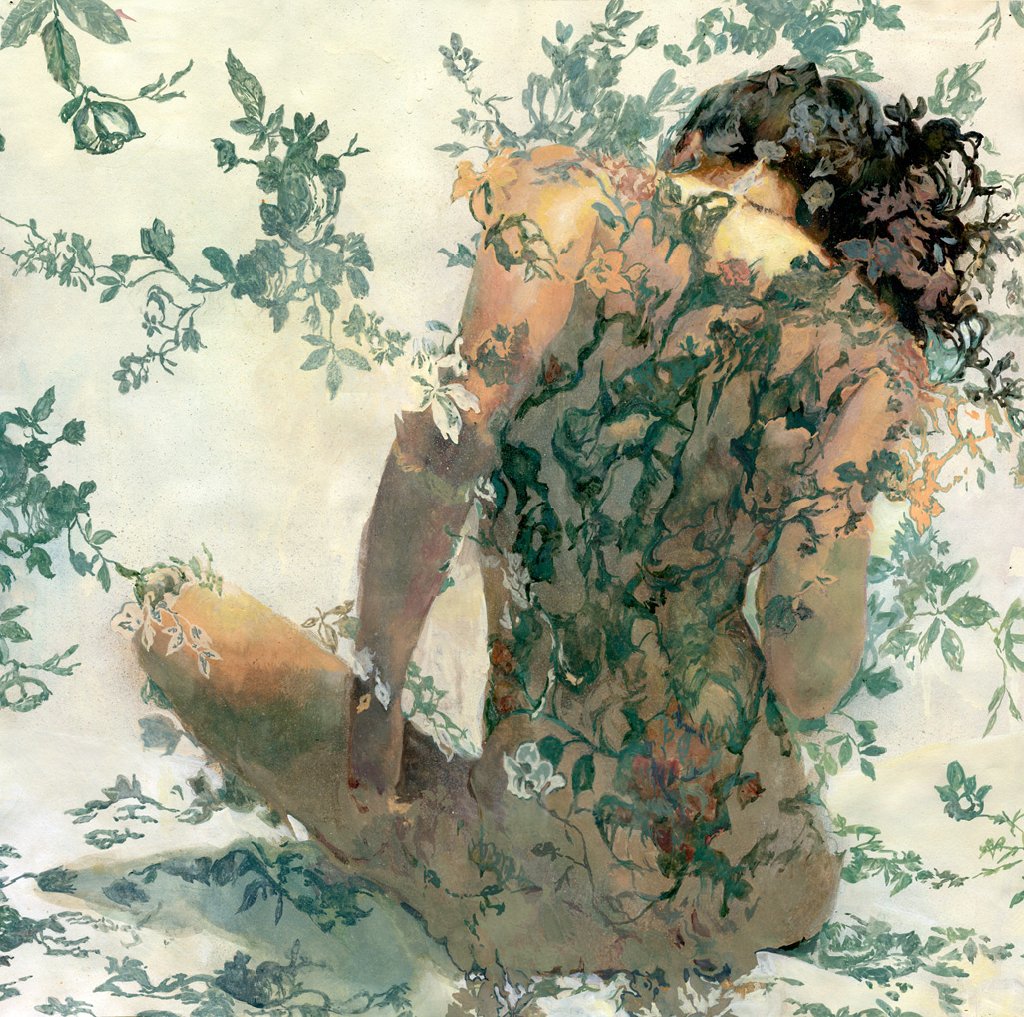 Our immune system is a system of biological structures and processes that protects against disease by identifying and killing pathogens and tumor cells.

So I first would like you to read the explanation on the Immune system and how it works before you take a look at this section.  The Immune system uses histamine extensively in its defences.  It is in fact an essential part of our armoury.

So that is one role for histidine from our point of view, but it has other uses too.

Dr Duke's analysis of histidine identified other activities besides its essential role as a precursor to histamine and thus a part of our immune system:

- Antiarteriosclerotic - protects gainst arteriosclerosis.  Arteriosclerosis is the thickening, hardening and loss of elasticity of the walls of arteries
- Antinephritic - acts against nephritis which is inflammation or disease of the kidneys
- Antioxidant
- Antiulcer
- Antiuremic -  Uremia is an excess of amino acid and protein metabolism end products, such as urea and creatinine, in the blood, that would be normally excreted in the urine. It is a clinical manifestation of kidney failure 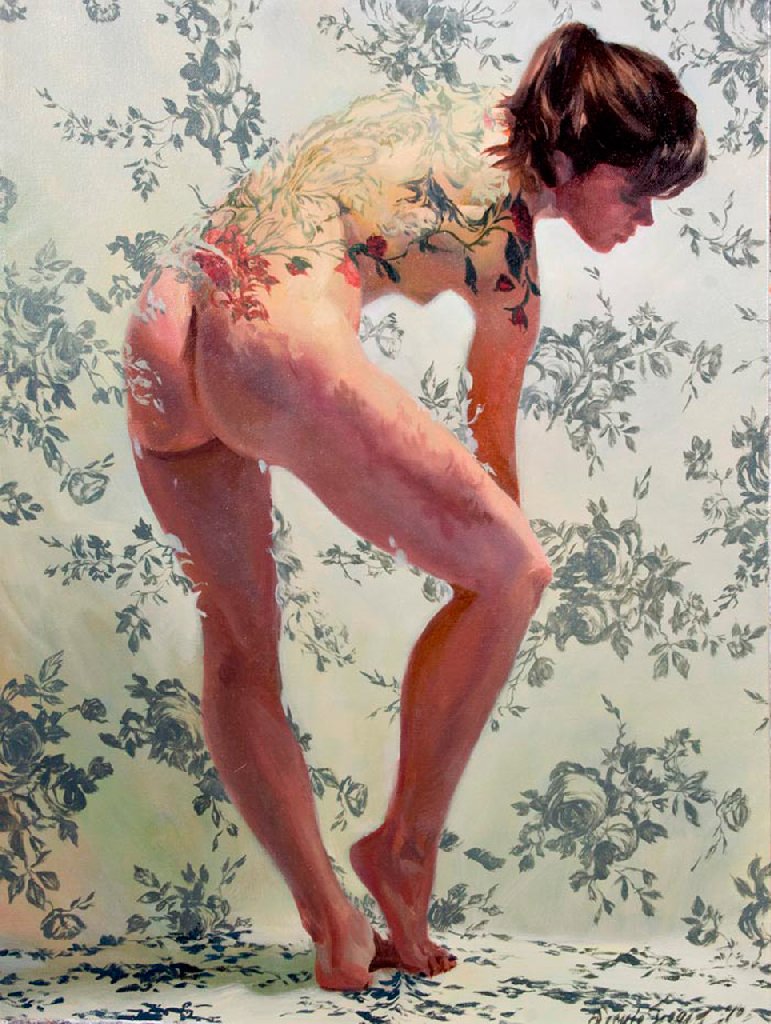 The following paper also shows how interdependent all these vitamins, amino acids and vitamins are in keeping us healthy.

A test for folate deficiency concerns the measurement of urinary FIGLU excretion after a histidine load. It was observed that folate-deficient individuals receiving the histidine for the FIGLU test made hematological response that alleviated the anemia associated with this deficiency.

All the folate-deficient subjects subsequently made a hematological response to the histidine administered for the FIGLU test.

No hematological response was observed in the vitamin B(12)-deficient individuals.

When folic acid was given to folate-deficient subjects who received no histidine, urinary histidine levels returned to normal levels rapidly and this was followed by a hematological response. Others have shown that volunteers fed a histidine-free diet developed anemia.

In normal subjects, histidine is excreted much more in the urine than other essential amino acids are. Hemoglobin protein contains 10% histidine. Under normal conditions, dietary histidine can supply sufficient histidine to prevent anemia. When the dietary intake is diminished or the urinary excretion is greatly increased, anemia results. It is concluded that folate deficiency causes histidine depletion through increased urinary excretion of this amino acid. Feeding histidine replenishes tissue levels of histidine, resulting in hemoglobin regeneration. Folic acid administration results in return of histidine to normal urinary levels. Thus, a combination of folic acid histidine would be beneficial for folate deficient individuals.

The intracellular non-bicarbonate buffering capacity of vertebrate muscle is mainly supported by the imidazole groups of histidine residues in proteins, free L-histidine in some fish species, and histidine-containing dipeptides such as carnosine, anserine, and balenine (ophidine). 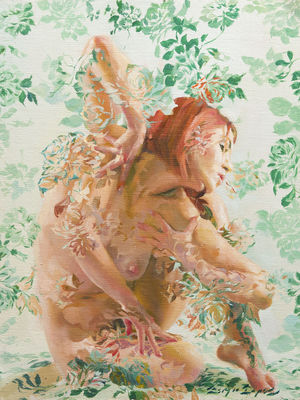 The proton buffering capacity markedly differs between muscle types and animal species depending on the ability for anaerobic exercise.

The capacity is typically high in fast-twitch glycolytic muscles of vertebrates adapted for anaerobic performance such as burst swimming in fishes, prolonged anoxic diving in marine mammals, flight in birds, sprint running in mammalian sprinters, and hopping locomotion in some terrestrial mammals.

There is an hypothesis that histaminergic neurons are involved in brain arousal.  Knock-out mice lacking the histidine decarboxylase gene (HDC-/-). Show  “an increase in paradoxical sleep, a decrease in cortical EEG power in theta-rhythm during waking (W), and a decreased EEG slow wave sleep/W power ratio”. In other words they fall asleep a lot and can’t concentrate – some of the symptoms, incidentally, of narcolepsy.

Even when these poor little mice were given exciting new environments they still showed “signs of somnolence, after various behavioral stimuli, e.g., control mice placed in a new environment remained highly awake for 2-3 hr, whereas HDC-/-mice fell asleep after a few minutes”.

So, what we can conclude is that the gene, the enzyme and histidine are all needed to keep us alert.

disruption of HA-synthesis causes permanent changes in the cortical-EEG and sleep-wake cycle and that, at moments when high vigilance is required (lights off, environmental change em leader ), mice lacking brain HA are unable to remain awake, a prerequisite condition for responding to behavioral and cognitive challenges. We suggest that histaminergic neurons also play a key role in maintaining the brain in an awake state faced with behavioural challenges.  PMID:  12196593

An observation has been provided using Dr Duke's phytochemical database analysis, showing the fruit and vegetables that are sources of histidine.  According to the USDA Nutrients database, other good sources of histidine are meat and eggs, fish, milk and cheese; see the chart below: 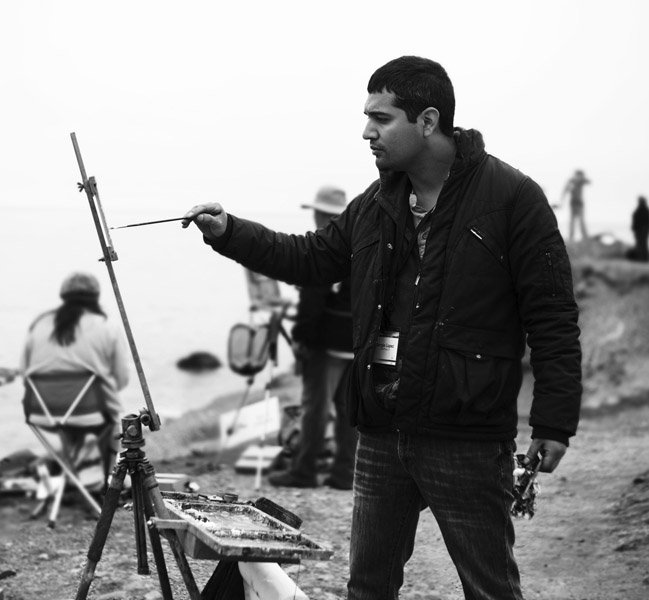 All the paintings on this page are by Sergio Lopez.

Sergio Lopez, born in 1983, is a graduate of the Academy of Art in San Francisco.  He exhibits in galleries all over the USA.