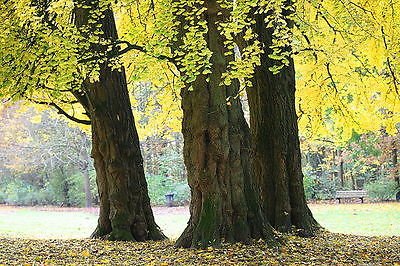 It is also known as the Maidenhair tree, because the leaves resemble some of the pinnae of the maidenhair fern.

Its other names include Salisburia adiantifolia, Pterophyllus salisburiensis, Ginkgo macrophylla and Salisburia biloba.  The scientific name Ginkgo is the result of a spelling error. Kanji typically have multiple pronunciations, and the characters 銀杏can be pronounced ginkyō. 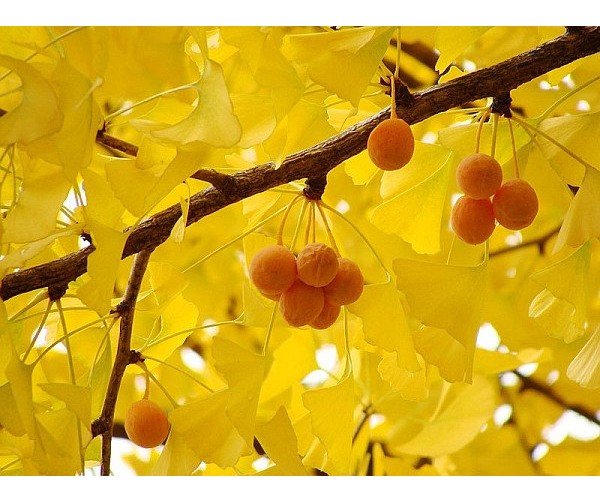 Ginkgo is a unique species of tree with no close living relatives and is one of the best-known examples of a living fossil.  It flowers from April to May, producing green coloured flowers and the seeds ripen from October to November. The flowers are dioecious, which means the plant is not self-fertile because individual flowers are either male or female, but only one sex is to be found on any one plant so both male and female plants must be grown if seed is required.  The flowers are pollinated by the wind. 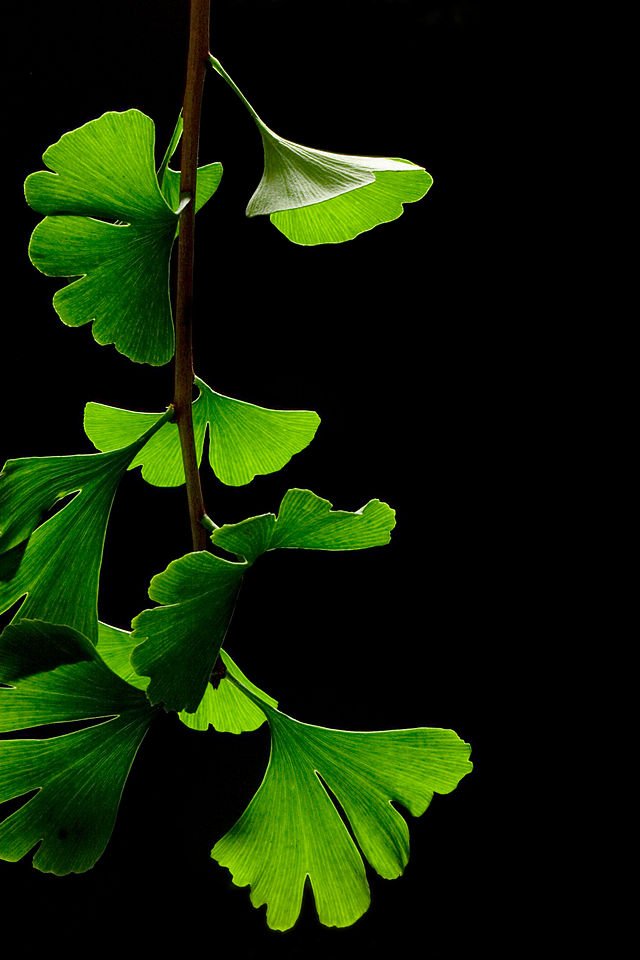 Although Ginkgo biloba and other species of the genus were once widespread throughout the world, its range shrank until, by two million years ago, it was restricted to a small area of China. For centuries, it was thought to be extinct in the wild, but is now known to grow in at least two small areas in Zhejiang province in eastern China, in the Tianmushan Reserve. However, recent studies indicate high genetic uniformity among ginkgo trees from these areas, arguing against a natural origin of these populations and suggesting the ginkgo trees in these areas may have been planted and preserved by Chinese monks over a period of about 1,000 years.

In many areas of China, it has been long cultivated, and it is common in the southern third of the country. It has also been commonly cultivated in North America for over 200 years and in Europe for close to 300, but during that time, it has never become significantly naturalized.

Although the seeds are edible, Gingko biloba is best known as a medicinal plant and here the seeds and leaves are used.

The observations provide papers on the actual proven properties of this plant, however, Ginkgo has a long history of medicinal use in traditional Chinese medicine, where the seed is most commonly used.  Many Chinese researchers are investigating the mechanism of action of the plants used in TCM and no doubt in time many more papers will emerge on the plant from this source. 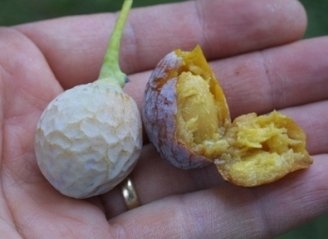 Leaves – The leaves are harvested in the late summer or early autumn just before they begin to change colour. They are dried for later use. The claims made for the leaves are that they stimulate the blood circulation and have a tonic effect on the brain, ‘reducing lethargy, improving memory and giving an improved sense of well-being’.  There are further claims that they can ‘improve peripheral arterial circulation and help with hearing disorders such as tinnitus where these result from poor circulation or damage by free radicals’.  The leaves contain ginkgolides, which are compounds that are unknown in any other plant species. Ginkgolides ‘inhibit allergic responses’, which is actually not a good thing as allergic responses are the body’s mechanism of showing you it is being attacked and you need to get away from the attacker.  But whether this claim is true or just a bit of fashionable pandering to the masses is another thing. 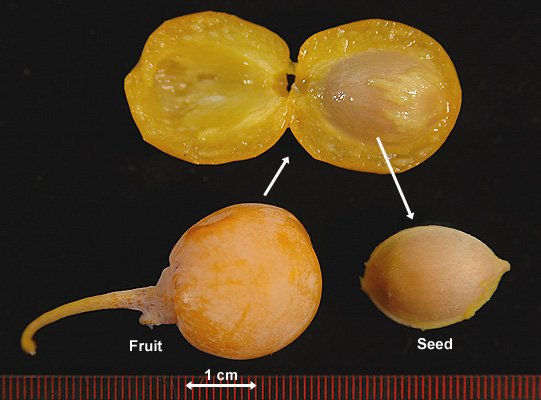 Seed – The overall fruit is 1.5–2 cm long. Its fleshy outer layer is light yellow-brown, soft, and fruit-like. “It is attractive in appearance, but contains butyric acid (also known as butanoic acid) and smells like rancid butter or vomit”.

If we now turn to the seed, another description says that “the gametophyte (meat) of the seed/nut can cause poisoning by 4'-O-methylpyridoxine (MPN). MPN is heat stable and not destroyed by cooking. Studies have demonstrated the convulsions caused by MPN can be prevented or terminated with pyridoxine. MPN can destroy vitamin B6. It is more toxic for children”.

Ginkgotoxin (4'-O-methylpyridoxine) is a neurotoxin naturally occurring in Ginkgo biloba. It is an 'antivitamin' structurally related to vitamin B6 (pyridoxine) and it has the capacity to induce epileptic seizures.  Ginkgotoxin is found in the seeds and, in lesser amounts, in the leaves of Gingko biloba.  And it is true that by eating too many seeds or using highly concentrated extracts, you can become Vitamin B6 deficient.

Some people are sensitive to the chemicals in the sarcotesta, the outer fleshy coating. "These people should handle the seeds with care when preparing the seeds for consumption, wearing disposable gloves. The symptoms are allergic contact dermatitis or blisters similar to that caused by contact with poison ivy. "

Most responsible websites state that it should not be eaten by children and must be avoided if you are on blood thinning medication (e.g. warfarin). “Discontinue prior to surgery. Avoid parenteral use as possible hypotension, shock, dizziness. Excessive seed ingestion can cause 'gin-man' food poisoning”.

What is perhaps interesting is that despite all these risks, the nut-like gametophytes inside the seeds are particularly esteemed in Asia, and are a traditional Chinese food. Ginkgo nuts are used in congee, and are often served at special occasions. Japanese cooks add ginkgo seeds (called ginnan) to dishes such as chawanmushi.  The taste is said to be “rather like a cross between potatoes and sweet chestnuts”.

One of the problems with Ginkgo Biloba is that no really definitive or reliable analysis of its chemical constituents has been done.  The ever reliable Dr Duke's database has no entry.  We are thus missing vital information about this plant and its medicinal chemicals that has been lost over time.

Its use as a food is simply that it was free and convenient and relatively tasty and once the dangers were known you could avoid them.  The way the fruits are prepared avoid using the pulp.  The seed is particularly rich in niacin. It is a good source of starch and protein, but is low in fats. These fats are mostly unsaturated or monosaturated.  The list below of its nutrient content is from a reliable source, the  Figures in grams (g) or miligrams (mg) per 100g of food.

In effect, the inner nut is relatively nutritious.  And this may be why it gained a good reputation in TCM. 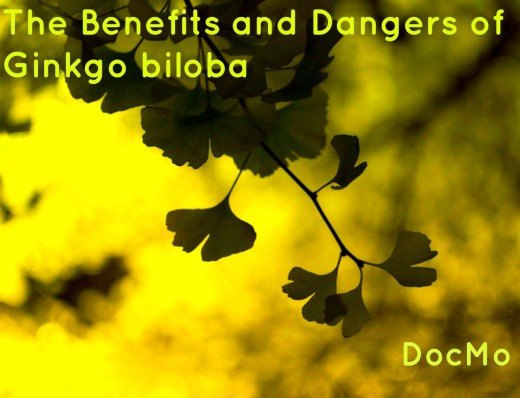 At the moment, most western research is taking a pharmaceutical style sledgehammer approach to its analysis.  Using the outdated approach of treating the symptoms and not the cause of illness, the chemists are on the lookout for  SSRI lookalikes and for antihistamine lookalikes.  For example here we have the excited ramblings of symptom based medicine speaking:

Extracts are shown to exhibit reversible, nonselective monoamine oxidase inhibition, as well as inhibition of reuptake at the serotonin, dopamine, and norepinephrine transporters, with all but the norepinephrine reuptake inhibition fading in chronic exposure. Ginkgo extract has in addition been found to act as a selective 5-HT1A receptor agonist in vivo

All pointless.  Our question should be, 'ah yes, but does it have the ability to help us fight parasites, bacteria, viruses, toxins, and fungi - the cause of illness'.  I think that there may be chemicals in the plant that do these things, working with the immune system to combat the causes of the disease.  But with research as misguided and misdirected as that which is going on now, we will never know.

I don't know how long this LINK will remain but it points to a very good, very long but well researched piece on gingko biloba by a doctor.