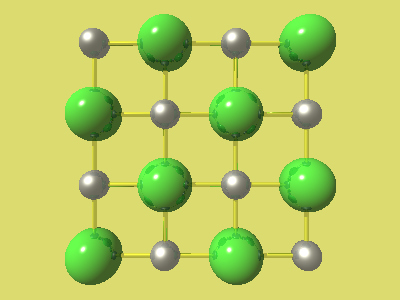 A crystal is an apparently solid material whose constituent atoms are arranged in an orderly repeating pattern extending in all three spatial dimensions.

The crystal is the basic building block of form.  It is obtained by arranging atoms into lattice frameworks which appear to be ‘solid’, they exhibit the property of apparent solidity. 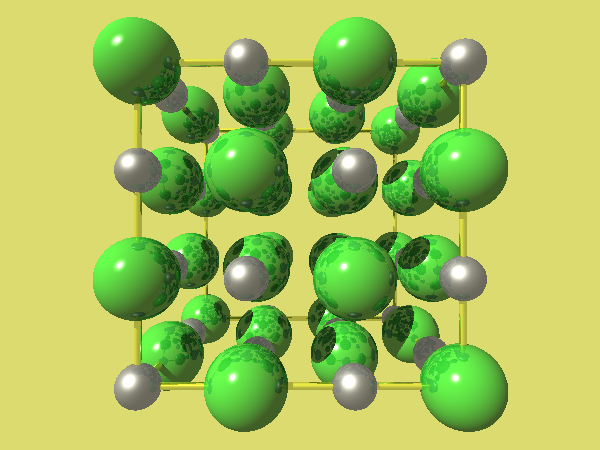 In 1943, the Nobel prize winning biochemist Szent-Gyorgyi announced that biological knowledge was considerably less complete than advertised by the establishment.  He said ‘It looks as if some basic fact about life is still missing, without which any real understanding is impossible' … he made the suggestion that proteins in living organisms could act as semiconductors, forming lattice crystals.

Thus crystals are the raw material for Earth.  Crystals are in some senses thus both 'spiritual' and 'physical' .

The atom is essentially a functional object – it is spirit.  Each atom has the full complement of functions [the functions of the universe], but according to the entity it is or to which it belongs it has only some functions turned ‘on’ – activated.

In order for there to be ‘form’ atoms are combined in structures  - three dimensional structures.  The structure is a lattice framework – the crystal – and is thereby an aggregate.

In essence therefore, form is made up of functions organised into structures – it is mathematically arranged energy, ‘coalesced’ function.

Crystals and the lattice 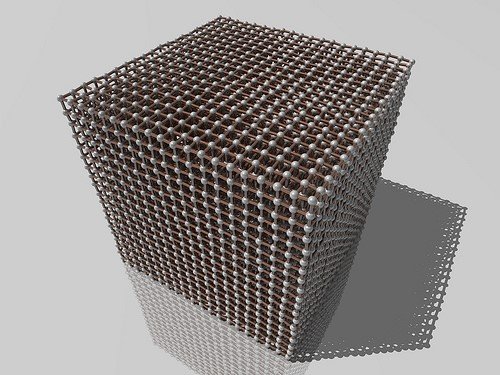 Let us first imagine a lattice framework, a matrix of threads warp and weft, but with multiple layers.  Unlike any cloth, the threads not only go across at a level but there are threads going down as well, this is not dissimilar to the old circuit boards of the original computers.

Now let us imagine that the atoms are placed on that lattice.

A chemical formula without the use of any structure has a form like the following CH3–CH2–OH or CH3CH2OH.

There are also diagrams called ‘Lewis structures’ which are two dimensional graphical formulas that show the atom connectivity, but lack information about the three-dimensional structure of molecules. For example;

Now that computers are available, however, these limitations have disappeared and the structure can be shown by mathematically modelling it.  In other words it is possible to mathematically represent the structure of a molecule so that it becomes a 3 dimensionally exact representation of the actual molecule.

There are numerous references in shamanism to initiates being given new powers via ‘crystals’.  The crystal often used is quartz – it is a symbolic representation.

In a sense, the symbolic and the actual have become one.  The crystals represent and are function stored in hardware format  – like the computer discs we may receive to update our computer packages.  They are a sort of update CD, designed to give us the latest and most up-to-date software and function – or alternatively software and functions which give us special powers.

By symbolically taking a crystal, the initiate is accepting the gift of new functions – powers – from his teacher.  It is both a symbolic act of acceptance into this new state of shaman/magician, but the symbol used is a holder of function.

There is the added possibility that it also holds ‘perceptions’ in the lattice frameworks, allowing a replay under certain circumstances.  This is hypothetical.

.... Similar beliefs are found among the Negritos of the Malay Peninsula.  In his therapy the hala uses quartz crystals obtained either from the spirits of the air (Cenoi) or produced by the shaman himself with water that is magically ‘solidified’ or, finally, cut from fragments that the Supreme Being lets fall from the sky.

This is why these crystals are able to reflect what happens on earth.  The shamans among the Sea Dyak of Sarawak (Borneo) have ‘light stones’ that reflect whatever happens to the patient’s soul and so reveal where it has strayed.  A young chief of the Ehatisaht Nootka tribe (Vancouver Island) one day came upon some rock crystals that were moving and striking against each other.  He threw his coat over some of them and took four.  The Kwakiutl shamans receive their power through crystals