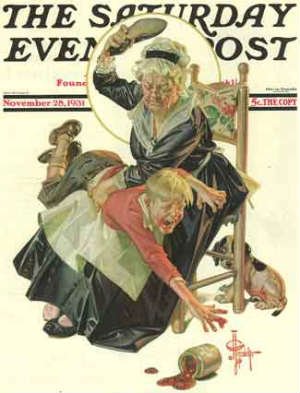 There are some people who are beaten, abused and physically hurt on an almost regular basis as children, occasionally as adults and then there are those who voluntarily do it to themselves with the intention of giving themselves a spiritual experience.

Extraordinary I know, but true.

When the act of physical hurt is not self inflicted it is called physical abuse and is a criminal offence in the vast majority of countries of the world.  If a person does it to themselves or another – to hurt – with the consent of the person who is getting this beating, it is given a host of weasel word names like flagellation.

This action is not some light flick with the end of your feather duster, it only works if it really really hurts.  It breaks every rule in the spiritual world, but the fanatically religious often used to do it with appalling frequency, some still do.

First some misconceptions as to who did use this practise deliberately.  The cult of Isis in Egypt and the Dionysian cult of Greece, purportedly practiced their own forms of ritual flagellation, but this is not correct.  If you read the description of the sexual stimulation technique and the stimulation via triggers you will see that the apparent use of ‘whips’ and ‘flails’ had a very specific use and it was not to produce pain.

But some cultures did appear to use extreme pain and self imposed physical abuse.

During the Ancient Roman festival of Lupercalia, for example, young men ran through the streets with thongs beating themselves.

The practice of flagellation for religious purposes was used by specific groups of Christians throughout most of Christian history, especially in Catholic monasteries and convents.  In the 13th century, a radical group of Christians, known as the Flagellants, took this practice to an extreme 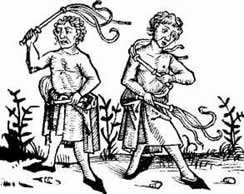 And everywhere religions like our own
All storming heaven, propped by saints who reign
Like sybarites on beds of nails and frown –
All searching for some orgiastic pain!

Many, self drunk, are lying in the mud –
Mad now, as they have always been, they roll
In torment screaming to the throne of God
‘My image and my lord, I hate your soul!’

Self-flagellation remains common in the Philippines and Latin America.   Some members of strict monastic orders, and some members of the lay organization Opus Dei, practice self-flagellation using an instrument called a "discipline", a cattail whip usually made of knotted cords, which is flung over the shoulders repeatedly during private prayer.

Certain sects of Shi'a Muslims found in  Iran and the Eastern Region of Saudi Arabia perform self-flagellation when participating in the Zanjeer Zani ritual.

The technique of Yi Gin Ching  is theoretically used extensively in some branches of modern martial arts – but in reality it is not.  Because the original spiritual purposes of the techniques have been lost,  an almost diametrically opposite set of techniques has evolved.
And it is clear that in some forms of martial arts training these corrupted techniques have been taken to extremes.
The original techniques were not intended originally to be used for violent purposes, they were brought from India as part of the religious training of monks to help them ‘get to heaven’, but it was noticed that the improved health and strength provided by some of the techniques led itself to their use by warriors and defenders, and gradually the techniques took on a dual purpose and got adapted.
In effect, this practise – an entirely spiritual one and originally quite gentle - has spawned some rather unfortunate martial arts spin offs and uses which are hugely masochistic/sadistic and rely almost entirely on extreme pain.  There is no connection with spiritual experience.
Perhaps one of the worst corruptions of this practise is  Ji-Tong (Dan-ki in Taiwanese): a supposedly ancient  ritual that is performed in Taiwan. But it is not ancient at all – it is derived from the corruption of the original practises when martial arts developed in the Shaolin temple.
It is not a nice practise to watch – as it involves extreme forms of self-flagellation - people hitting themselves with ferocious-looking weapons, or piercing their bodies with long needles.  No pictures – too nasty.  These are not designed to give anyone a spiritual experience and they are so far from the original objectives that it is a sort of blasphemy – Buddha would have cried. 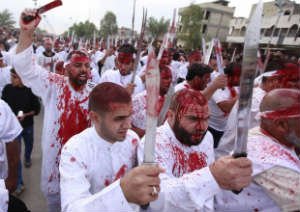 It may help here to have open the Model of the Mind and the generic description of How spiritual experience works.

A variety of mechanisms are at work here but the principle one is extreme pain.  For those being abused without consent there is also the added input from overwhelming fear and terror

If we look at this from a logical point of view, what we see is that the Will is being assaulted by a threat of extraordinary proportions.  The 5 senses  along possibly with the other senses are telling it that it is in danger, that the threat is both real and enormous.  Thus the Will is being told  DO SOMETHING.

The Will may be being overruled by the Personality where the act is deliberate, or the person may be helpless to do anything where the abuse is without consent and  the messages get louder and louder – THREAT, THREAT, THREAT – 'we are about to die captain we don’t want to go with you, your little cells and organs want to live'! 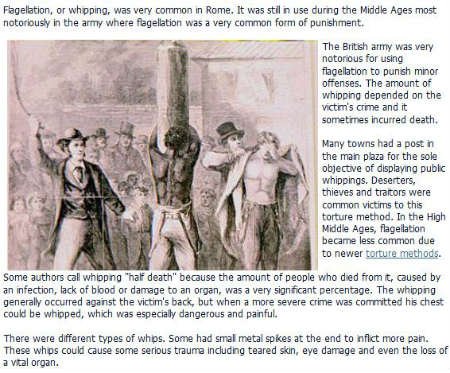 There is little input from the Reasoning function – after all what can it do?    And the intensity of the messages being sent to the Will from Perceptions is overwhelming – DO SOMETHING, DO SOMETHING!!!

If the ego persists, however, [deliberate] or the physical abuse persists [involuntary] the Will gives up and lets the Composer take over on the basis that it might do a better job of either controlling the ego or helping the person.

And you get your spiritual experience.

By this time you are likely to be red raw and almost unconscious with pain.

Endorphin is a drug.  It is a naturally produced drug, but it is a drug nevertheless and furthermore it is an opioid.  Repeated flagellation produces a chemically altered state that is exactly the same as opioid and dopamine addiction.  Flagellants are drug addicts.  It produces cravings and withdrawal symptoms equal to those induced by opium.

And they are truly terrible. 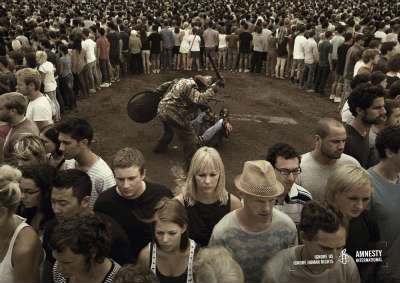 A number of these observations are from those who involuntarily underwent extreme abuse.  What is interesting is that it opened their spiritual door on a permanent basis.